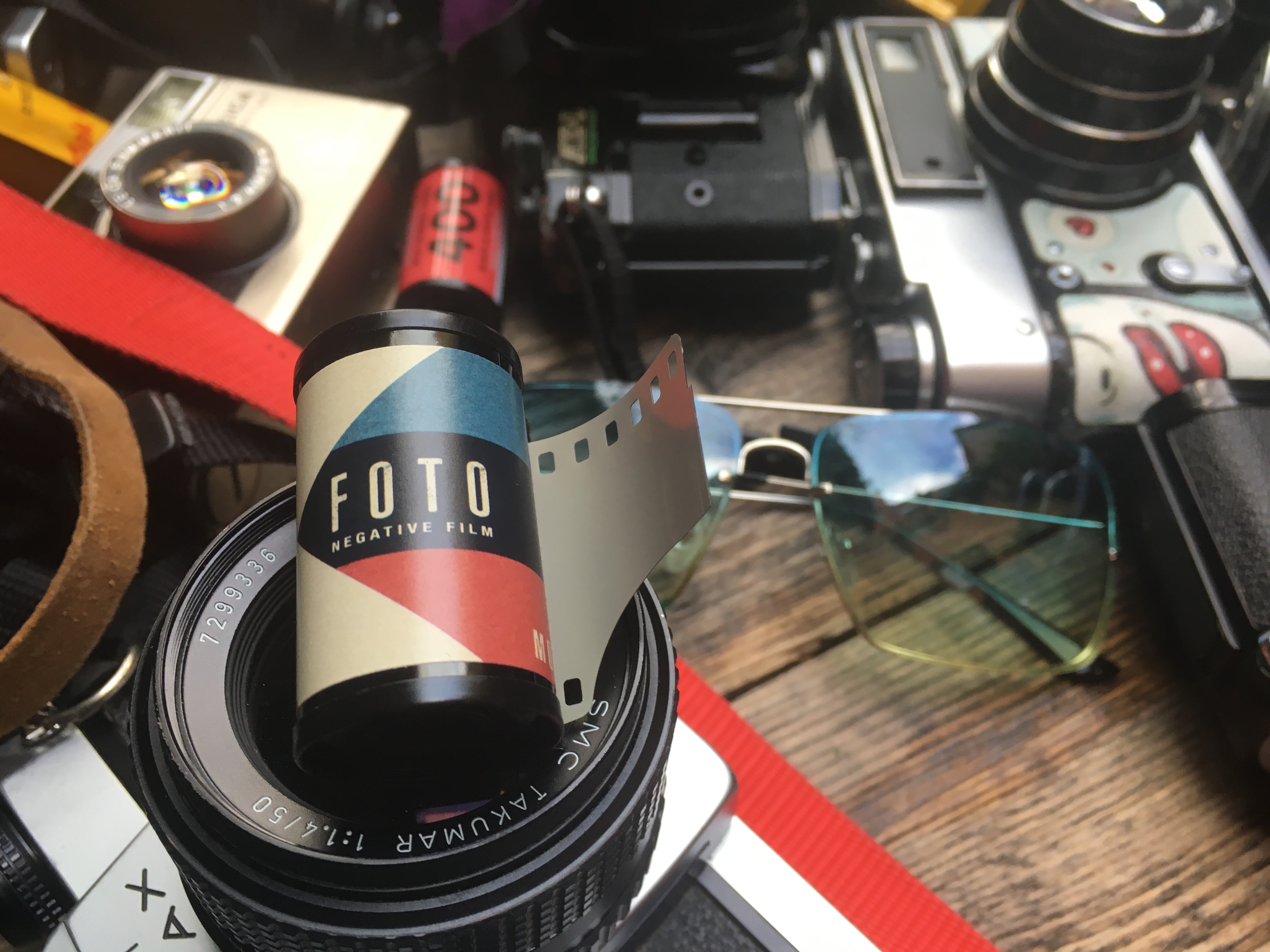 Not just in terms of the number of posts published and the number of visitors to the site, but by a whole host of other activities that meant the year has just whizzed by.

One of the biggest things to happen for Kosmo Foto this year was the release of the new Kosmo Foto Mono 120 film, which was announced in February. It’s the medium format version of the same tried-and-trusted emulsion we released in 35mm in 2017. Medium format isn’t quite as popular as 35mm, but I felt it was important to cater for those who wanted to shoot bigger. It’s been a success too – some 5,000 rolls of it have been sold this year.

I was also overjoyed to release this Kosmo Foto gift/collector’s box – the Kosmik Film Box, which is a beautiful luxury box designed by My Mate Does Art which comes with four rolls of Kosmo Mono Foto 35mm film.

Kosmo Foto had its first pop-up this year, at the La Peliculera photography store in Madrid in September. It was a fantastic opportunity to connect with a community of film photographers there and get to know the team at the store. The European analogue revival is happening in dozens and dozens of places like this all across the continent, and it’s been great to see how they make film relevant and popular where they live.

In November, I followed this up with a talk at Photo Squat, a collective of film fans in Minsk, the capital of Belarus. It was fantastic to meet some of the team and the photographers helping create an analogue scene in this fascinating part of Eastern Europe.

This year, Kosmo Foto teamed up with a stalwart of the London analogue scene –@londoncameraproject on Instagram – to start the Kosmonaut photo walks. The walks are aimed at film photographers, who each get a roll of Kosmo Foto Mono to start them off on a day’s photography (with the occasional swift half at a pub or two as well). The first walk draw more than 30 photographers to Greenwich, and we’ve followed up with walks around Wapping in east London and Hampstead aswell. We’re planning a bunch more for 2020.

Kosmo Foto Mono film has been sold far and wide, but I’ve also been spending a lot of time building the blog up. This year, Kosmo Foto published more than 170 stories and got more than 500,000 views. This being the end of year round-up, I thought I’d include a list of some of the best posts from 2019 in case you missed them.

Black & White World Cup
Only one film could be crowned winner – but which one claimed the trophy?

Ten classic East German cameras
The Soviet Union wasn’t the only camera-building powerhouse behind the Iron Curtain. Here’s a list of 10 DDR cameras worth taking a look at.

Death on the ice
Russian photo historian Niken Vorozhitskiy drew Kosmo Foto’s attention to this incredible story of a young Russian photographer whose died in a forgotten clash which could have almost caused World War III.

Shooting film from a Top Gun jet
Kosmo Foto interviewed Dave “Bio” Baranek, a flight instructor at the US Navy’s Top Gun school who used to bring his camera into the cockpit.

Pentax durch Technik
It turns out the first camera to sport the Pentax name… came from East Germany.

The Depp effect?
Actor Johnny Depp is starring as photographer W Eugene Smith in the biopic ‘Minamata’. Is he about to fuel a price rise in the Minolta SR-T cameras Smith made famous?

The repackaging dilemma
Kosmo Foto is one of a number of boutique film brands repackaging existing emulsions as the interest in film photography continues to grow. Here’s why I argue it’s a good thing for everyone concerned.

The punk Pentax
It’s 40 years since legendary music photographer Pennie Smith shot the picture that would become the album cover of The Clash’s ‘London Calling’. And she shot it on a fantastic Pentax SLR that you can still get your hands on for under £100.

The greatest Pentax film camera?
Speaking of Pentax, Kosmo Foto did another poll this year – we marked the 100th anniversary of Pentax by finding out what the film community’s favourite Pentax film camera is. And, yes, the result may surprise you.

The Soviet stunt cameras
Thanks again to Niken Vorozhitskiy, who found this haul of Soviet Zenits and East German Prakticas tweaked to look like Canons, Nikons and Penatxes for Soviet movies. Totally cool.

The Paris protests on film
Kosmo Foto found these images from photographer Clement Marion on Facebook: they are incredibly atmospheric, and show that film still has a vital role in documenting the world around us in the 21st Century.

How to travel with film
Kosmo Foto’s long-read of the year. I travel a lot, and I always have film cameras and film with me. This is a collection of tips that have cut down on stress and headaches and meant my film survives the journey in perfect shape.

Many thanks to everyone who has read posts, left comments, bought film and t-shirts and taken part in the photowalks this year. 2020 is already looking like a busy year. As some of you may have seen, Kosmo Foto is one of a bunch of analogue producers taking part in the ‘Analogue Spotlight’ at The Photography Show 2020 in March. I’m also looking at doing some more pop-ups in camera shops in Europe, so if you fancy hosting Kosmo Foto, drop me a line.

I hope everyone has a grand start to 2020. Keep shooting film and being nice.