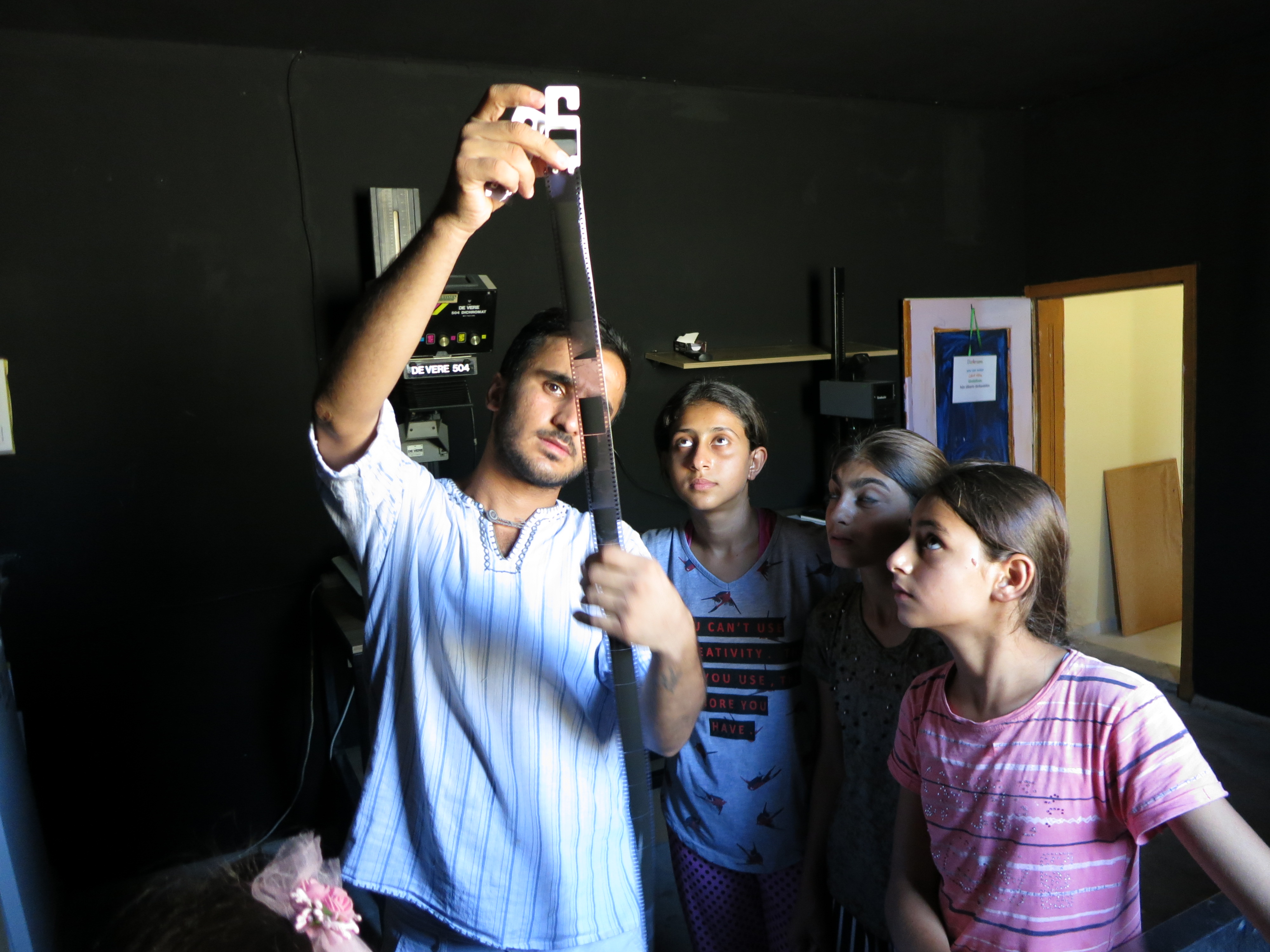 A Syrian photographer who fled to Turkey in 2014 to escape the civil war is now using film photography to help refugee children learn new skills.

Serbest Salih, 26, has opened a darkroom in the southern Turkish city of Mardin to help not only the Syrian refugee children, but also the children of Iraqi, Kurdish and Turkish communities displaced by recent fighting.

Salih has now set up a fundraising page to help raise money to buy film, developing chemicals, paper and other materials.

Kosmo Foto spoke to Salih to find out more about the darkroom and his plans to help other refugee communities across Turkey.

“It has been two years first we opened in Istasyon, Turkey,” he says. “Istasyon is an area of Mardin city. It’s the poorest area in Mardin where most of the Syrian families live. We got eight months funding from Germany from the NGO Welthungerhilfe. After that, the funding stopped and from time to time some of my friends supported me by sending films and papers and chemicals.

“Nusaybin Municipality gave me a room to make my workshop. Nusaybin is one of districts affected by war. There was fighting there for two years from 2015 years, so all local and refugee people have been affected by war.

“It has been two months I opened my workshop in Nusaybin and the results are amazing, the children are very talented.” 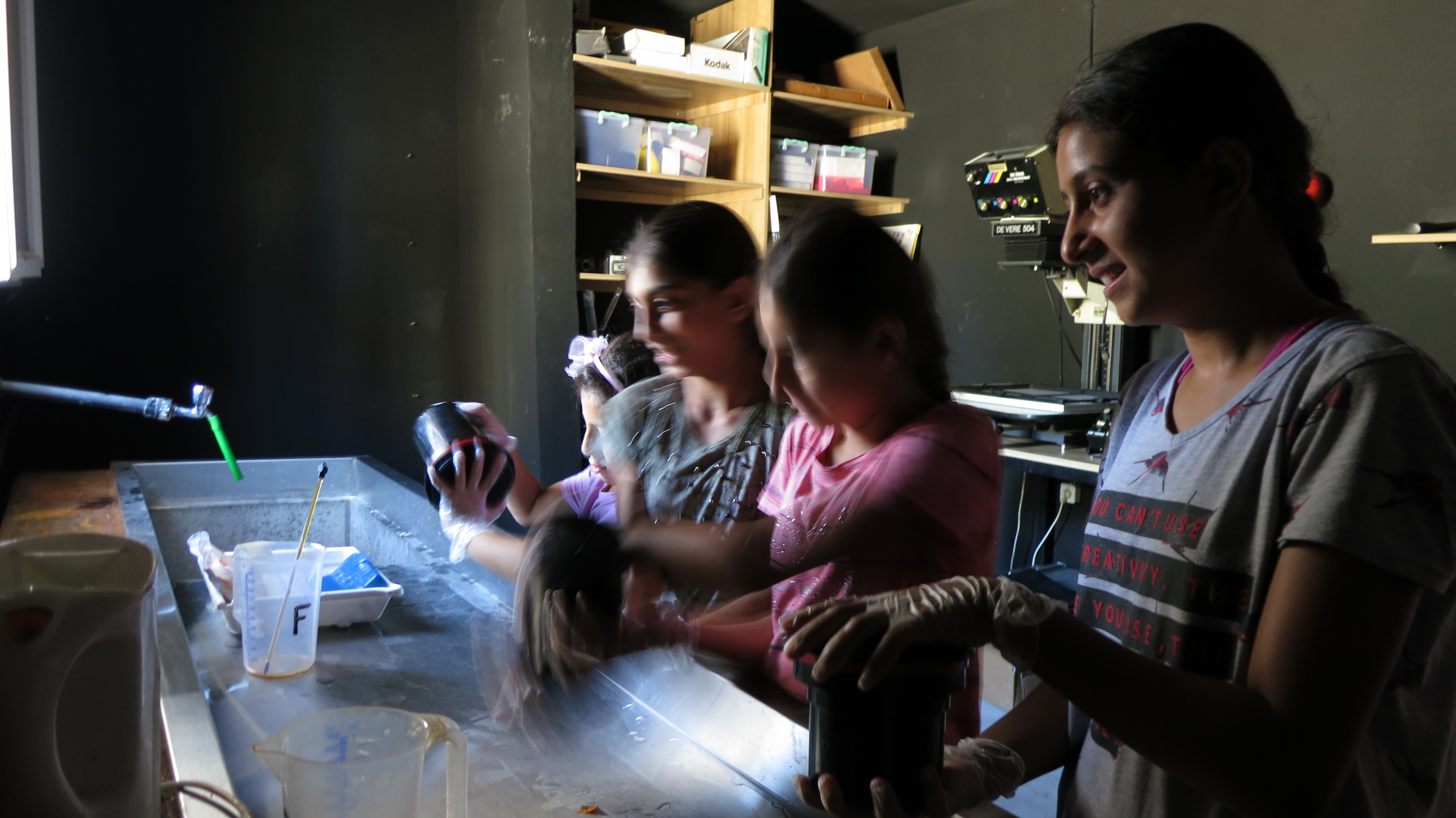 Salih studied photography in Aleppo in Syria and worked as a photographer with NGos, but had to flee Aleppo in 2014. After working as a volunteer he saw an opportunity to set up a darkroom with Sirkhane, a circus school which works with refugees on the Turkish/Syrian border.

“After giving composition lessons to children and some documentary stories, the  children select subjects to take photos of and after that, I give a camera to a child for half a week and after they come to the darkroom and we develop and print together. So far we’ve  reached around 260 children,” Salih says. But he says it is important to involve people from the local communities too. 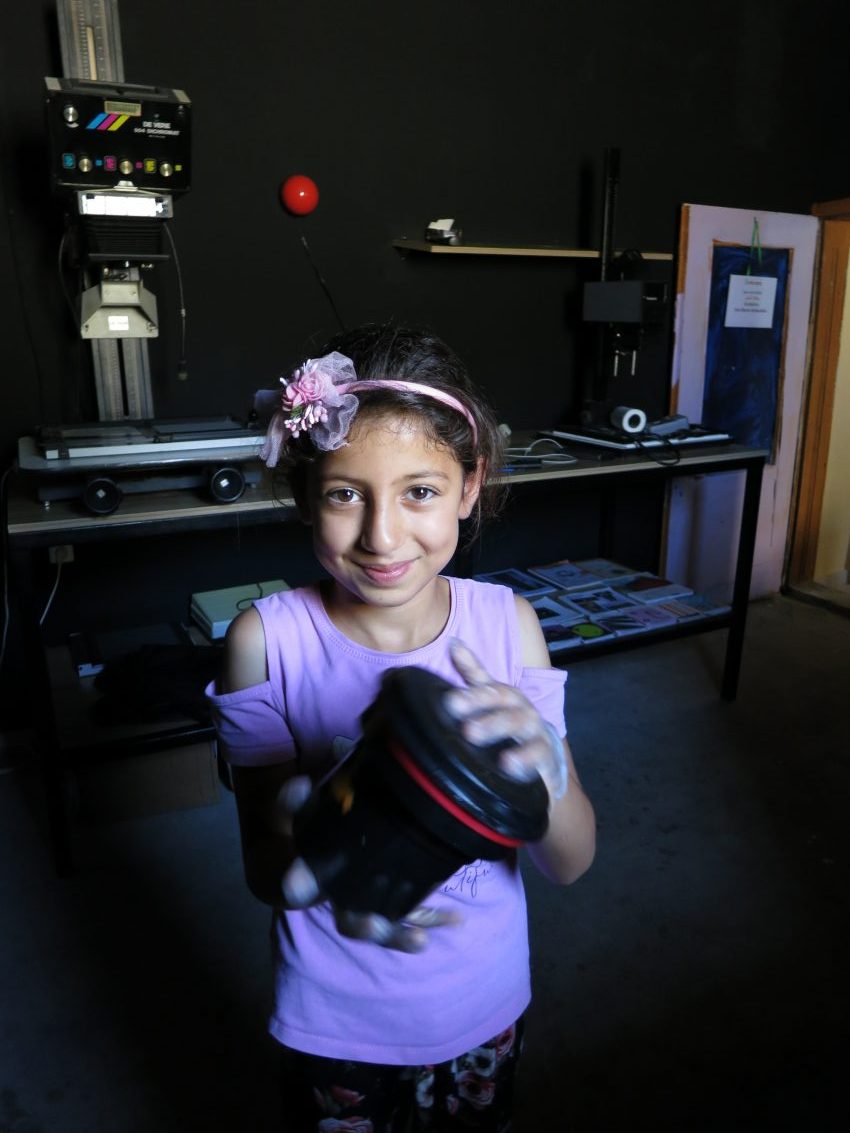 Salih believes photography is a powerful tool for self-expression, especially for children who have had to leave their homes and may have be suffering post-traumatic stress from their experiences. On the darkroom’s funding page he says: “In the course of learning this art, the classes enable them to develop life skills such as social skills, adopting universal values to themselves and to their art, improving physical coordination and concentration. Also, the art of photography enables children to develop a healthy personality and gives them a tool, to express themselves in the most meaningful way in order to be a productive member of their society.”

“Usually we get feedback from the parents that they [the children] become the family photographers!” 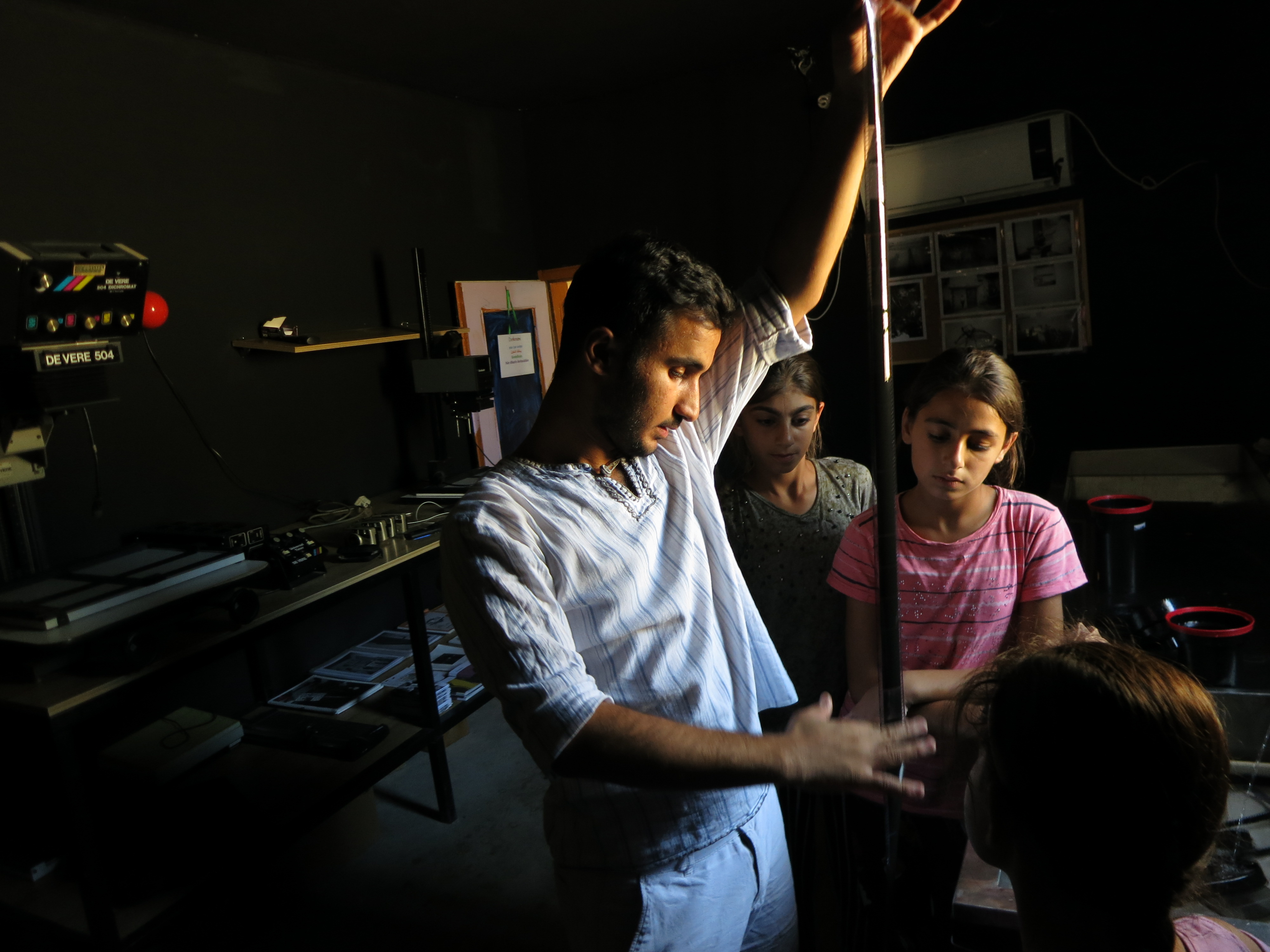 Salih is now trying to buy more materials so he can teach more children. “What I what mostly I need is films, photo papers, chemicals. People outside of Turkey used to send materials, but the import taxes were so expensive. That is why I opened my campaign so people can show support by sending money.”

The darkroom held its first exhibition in Mardin earlier in the summer, and now Salih is thinking of expanding the project across Turkey. “Now I’m thinking about making a flying darkroom, a darkroom inside a container. I’m planning to visit all villages and cities in Turkey and outside of Turkey and reach all children in need.”

You can send donations to help the darkroom here.

Awesome video on the donation page, some truely great prints