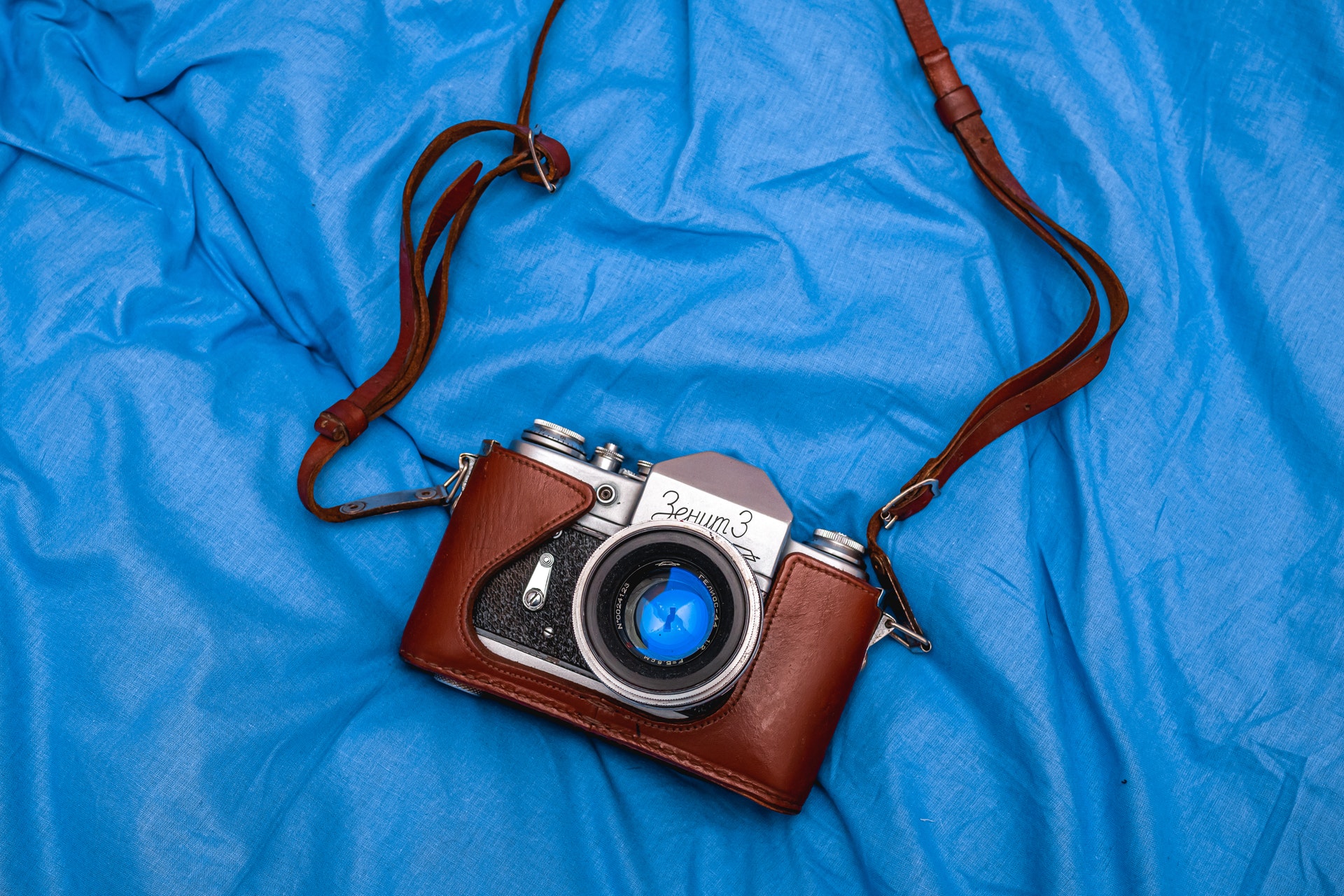 It included a bunch of articles written by Kosmo Foto readers – including this great review of the Olympus Mju-II compact by Ronald Hogenboom, Wayne Lorimer’s review of the bulky Bronica ETRS and Andrew Walmsley’s exploration of how constraints can be a creative boost for your photography.

And not forgetting those who contributed to the Kosmonauts series, featuring those who’ve shot on Kosmo Foto Mono film.

This year, to help Kosmo Foto go from strength to strength, I’m looking for even more contributions. Here’s how you could contribute – and get some rolls of Kosmo Foto Mono as a thank you.

Camera reviews: Reviews of film cameras – big small, posh, budget, modern or veteran – are at the heart of Kosmo Foto. I only have so many hours to plod around London with a camera, and there are so many models worth writing about.

If you need more information, the full details can be found here, but each review should be at least 500 words, and include two images of the camera and around 10 images taken on it.

I’ll consider any camera, and it doesn’t matter of it’s already been reviewed. Multiple reviews with popular models are welcomed.

Film reviews: A prophet of Portra? Fanatical about Fomapan? Dedicated to Delta 3200? Kosmo Foto would love to feature your experiences with films. Doesn’t matter if it’s 110 or large format, any film is applicable.

Reviews should be at least 500 words long, and feature at least 10 pictures. Each review earns you two rolls of Kosmo Foto Mono film.

World on Film: This is a great excuse to take your film cameras away with you – or show the world your hometown, taken on film

Each review should be at least 500 words long and include two images of the camera and at least 10 to 12 images taken on it.

It can be a place you live in or have just visited. Don’t worry if the camera you shoot with has been featured before, or the city/place you want to cover.

Kosmonauts: If you’ve shot on Kosmo Foto Mono, this is your place to show off your images to the world. The post includes a short questionnaire, and you should show at least five images taken on Kosmo Foto film. All the details can be found in this post. These posts earn you a roll of Kosmo Foto Mono film and a special gift not for sale in the Kosmo Foto Shop.

Opinion and experience pieces: I’d love to include more one-off pieces from writers exploring particular subjects. They can be on any subject related to film photography – here’s some hypothetical examples:

Stories should be at least 500 words and include at least 10 pictures. These pieces earn you two rolls of Kosmo Foto Mono.

If you want to write something for Kosmo Foto, please drop me a line at foto.dowling@gmail.com. I’m really looking forward to seeing your ideas.