Home Travel Around the World in 80 Cameras ATWI80C 5: Ålesund on a Nikkormat FT2
KF article top

My name is Roy Karlsvik, and I’m a marine engineer by profession and a hobby photographer in some of my spare time. My hometown is Ålesund, which is a medium-sized town and municipality in Norway situated on the west coast a short bit north of the 62nd parallel.

About 48,000 people are living here, which means it’s somewhere between the 10th and 20th biggest-little-town in Norway. The city centre is rather cramped and concentrated though, and would be quite easily navigated by foot from one end to the other in just a few minutes. Most people live east of and outside the downtown area these days as the place has no other options of expansion due to the fact that it’s built on rather small islands.

Ålesund is known for its rather unique and quite consistent architecture. The main lot of the buildings in and around the town centre was built in the Art Noveau style, heavily influenced by what was modern around Europe in the early days of the 20th Century. 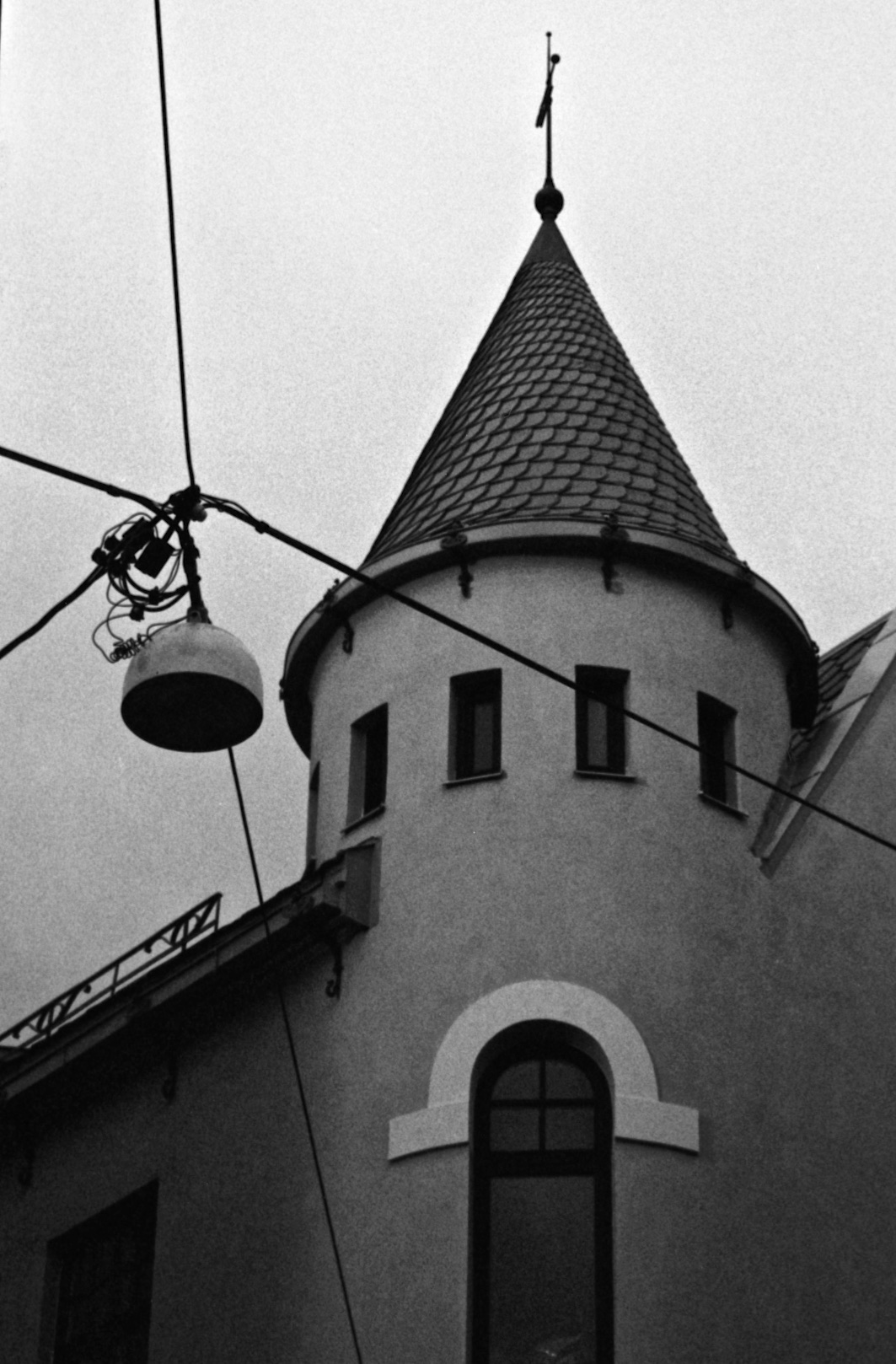 The town was completely ruined by a big fire in January 1904, leaving I think only one building standing the next morning. The fire was duly helped by a winter gale blowing through the night. Only one person died in the fire, but more than 10,000 people were suddenly homeless and had no shelter. To make a rather long story short, the entire town was rebuilt during the next couple of years, but this time in stone and brick instead of the old wood.

Since most of the buildings were built more or less at the same time, they managed to make the buildings fit into each other as the architects obviously was working around a very strict theme.

The consistency of the Art Noveau style and some other really nice features of the town was in my opinion very much ruined during the 1970s and 80s. I will not dwell on it, but if interested you will probably find pictures online which will show what I mean.

The area around Ålesund is also worth mentioning. We live quite close to many of the most photographed and visited places and sights to see in Norway. They are just too many to start mentioning one after the other here. 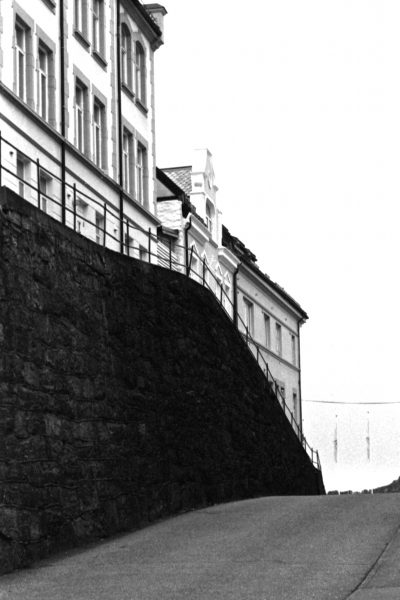 We got the North Sea just outside our front door, one of Norway’s most fantastic fjords, the Storfjorden, just outside our back door, and some lovely islands just a few minutes away stopping the heavy seas crushing our lovely town.

Gange Rolv, a Viking earl (860-932) better known down in Central Europe as Rollo, was born on one of these small islands only a couple of nautical miles off the coast from the town of Ålesund. He was of course thrown out of Norway due to being a bit too wild to cope with, and after some time travelling west and south he eventually ended up to be the first ruler of Normandie some time around AD 920. He is also known to be the great-great-great grandfather of William the Conqueror, who of course grabbed the throne of England after the battle of Hastings in 1066.

Which again of course is a huge digression from the main theme, which was my little home town of Ålesund at the coast of Norway.  Anyway, the town itself and the area around is well worth to check out if you are planning a trip to Norway or else just don’t know where to go next.

A few words about photography then.

I grew up back in the days when film was the only medium on which to save your photos. My father had a darkroom in the house, and I did spend a good few hours in there watching each step of the process learning the basics of printing.

I’m not saying I’m a great darkroom printer, but at least I know it’s the part of the photography process I like the most. I’m not too picky about which film I use and which film developer gives a tiny different result to the other one, as I find the printed end results not too dependent of the matter. I am however finding myself to use a bit more time when it comes to choosing the right paper for the job, but very much like the film market we are also seeing more great darkroom papers disappearing these days. There are a few of them very much missed, I have to say. 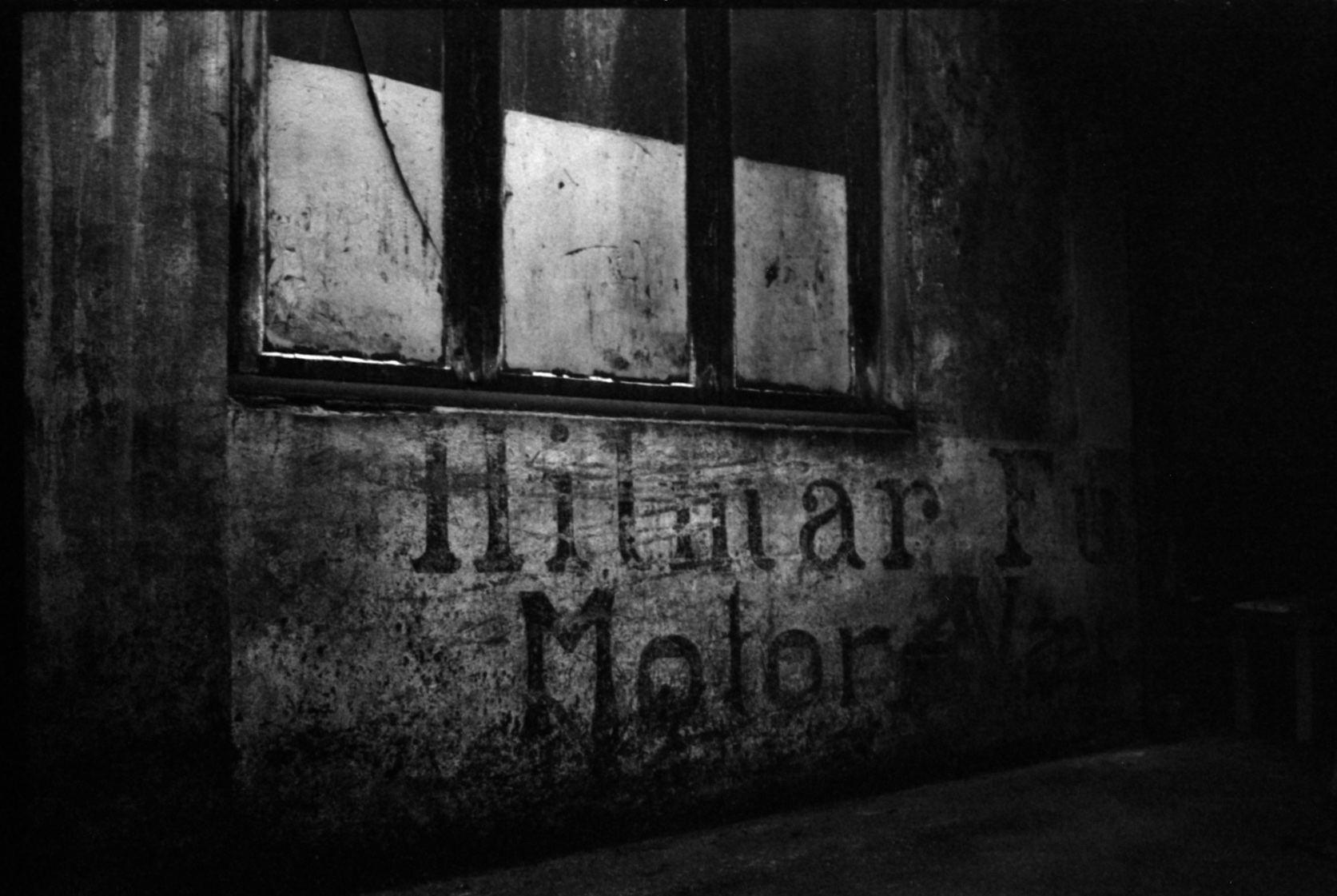 I never really stopped shooting film when digital really came around, even though I did buy myself a DSLR in 2008. I more or less abandoned the idea of snapping pixels pretty quick, as I found the medium not to fit me very well. It did not give me the same pleasure, and I soon got very bored zooming in and out to check sharpness and all the other boring things you find yourself occupied with playing with digital cameras.

And please don’t get me started on the matters of upgrading equipment, new computer software, downloading bits and pieces and all that tedious stuff. I need the computer to scan the negs to post them online, but that’s it really. I usually pull the quick scans through some program to clean some of the dust off, but rarely anything else.

Nowadays I don’t touch a digital camera unless it’s inside my phone, and then only when there’s something I just need a snap of for documentation purposes.

For all sorts of strange reasons I have ended up with quite a big pile of working film cameras. Most of them are the usual 135 format, but I also got a few medium format ones. For this little project I wanted to find photos done with the old Nikkormat FT2. I got two of them, one chrome and one black body. I don’t know why, but usually I will grab the black painted one for some reason.

The Nikkormat is a dead simple thing, sporting nothing but bare essentials. My black-painted body does not even have a functioning light meter for some reason. You only need to load the film, stick some evidence of what film is in there onto the back of it, and off you go to grab a few masterpieces.

There’s nothing much more to say about the camera actually. It’s a little bit bulky, somewhat sharp around the edges, and feels a tiny bit heavy compared to the later Nikon’s like the FM or FE series. I have never put them on a scale to compare them though, so I might be wrong about the weight. The odd thing with the Nikkormat will be the sliding ring around the lens base for adjusting the shutter speed. It takes a short bit of time to get used to it, but when you get it into your fingers it’s actually quite nice. Looking inside the big and quite uncluttered viewfinder you will be happy to find the info of the chosen shutter time clearly visible inside.

I also got a bunch of more or less fancy but very well used lenses for my Nikons, but right now I’m into a period of using the more simple things in life so a couple of Nikkor E series lenses are usually carried along with the camera much of the time.

They are great lenses for the amount of money spent, light weight, cheap and quite small. Flimsy, plasticky and not even close to state of the art, I know, but still I think they are great performers compared to a lot of stuff out there.

I hope you have enjoyed this little trip around some of the less famous parts of my home town, and if you ever come this way I might be able to take you for a short trip to show you what’s might not be worth seeing. All the other sights you’ll find easily enough by yourselves I’d guess. 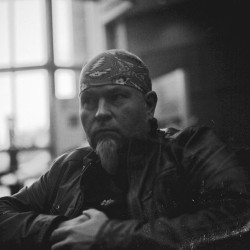 I like little towns and this seems to be one of them 😉
Nice pictures with this analog combo.

Very nice story and the pictures look great. I’ve been to Denmark, Finland and now to Sweden, but never in Norway. But who knows, next year maybe?