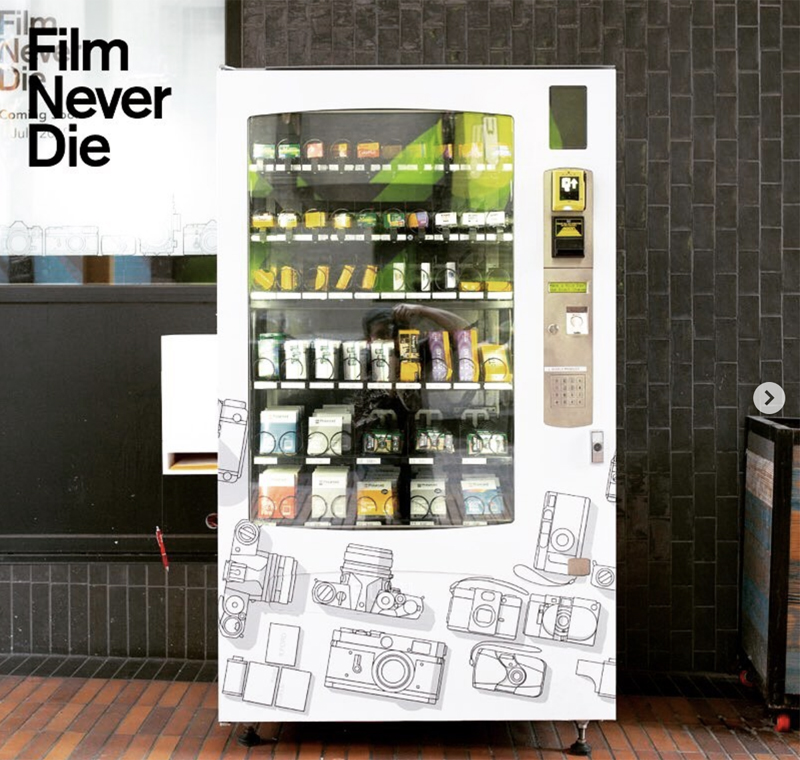 Home Film You can now buy film from a vending machine, 24 hours a...
KF article top

Ever found yourself shooting in the middle of the city after all the camera stores have closed – and realised you’ve run out of film?

What if there was a vending machine that could sell you a roll of Portra, Tri-X or HP5, whatever the hour?

Well, if you’re a film photographer in Melbourne, Australia, now there is.

What’s more, the vending machine also has a drop box where people can drop off films for development.

“Wait, that’s not only it. You can also drop off your films and disposable cameras for developing 24/7 too, our vending machine has a drop box attached to it too!

“Location? I heard you asked! Location could not be better, just 3 minutes from Southern Cross station, off Spenser Street, on 6 Watertank way, Melb CBD, there are no more excuses not to drop off your films before or after a flight or a train.

“Let us know if you got any questions and show us some love by commenting and sharing if you like the idea!”

Kodak used to have vending machines for their 120, 127 and 620 roll films, and in Japan in the 2000s you could also buy Fujifilm film and disposable cameras from vending machines.

Is this the latest way of getting film out there? Are there other cities where you can buy film out of a vending machine? Let Kosmo Foto know in a comment below.

What, no sheet film?