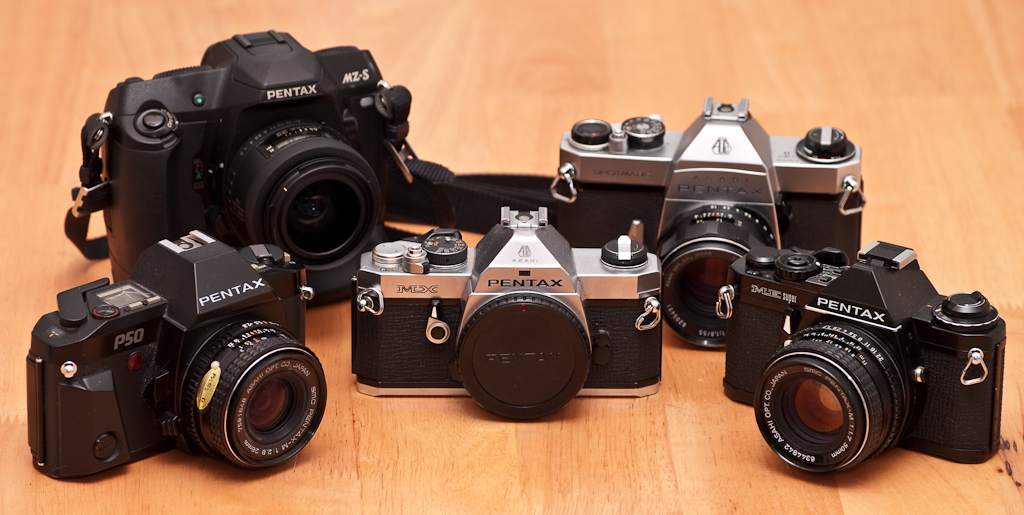 This November marks the 100th anniversary of the founding of spectacle lens producer Asahi Kogaku Goshi Kaisha. Film camera fans will know them by a different name, however: Pentax.

Pentax may never have rivalled Canon and Nikon as producers of professional-level SLRs, but they built an incredible array of cameras, including one of the best-loved SLR models of all time, the Spotmatic. The 6×7 camera was one of the classic medium format SLRs, and the Espio range of compact cameras are still widely regarded today.

To mark the 100th birthday of Pentax, Kosmo Foto is looking for the film community’s favourite Pentax film camera.

You’ll be able to vote for your three favourite Pentax film cameras from the list, and the ranked votes will decide the winner. Your first choice gets three points, your second two points and your third choice one point.

Please share the link with other Pentax fans – Kosmo Foto will be offering one lucky voter a mystery prize (more details to come). The email addresses gathered on this list will be deleted after the prize is drawn and will NOT be added to any email/marketing lists.

Voting is open until 30 November. The winner will be announced in December.

The full list is on the voting sheet, but you can also see the list of the voteable models below.