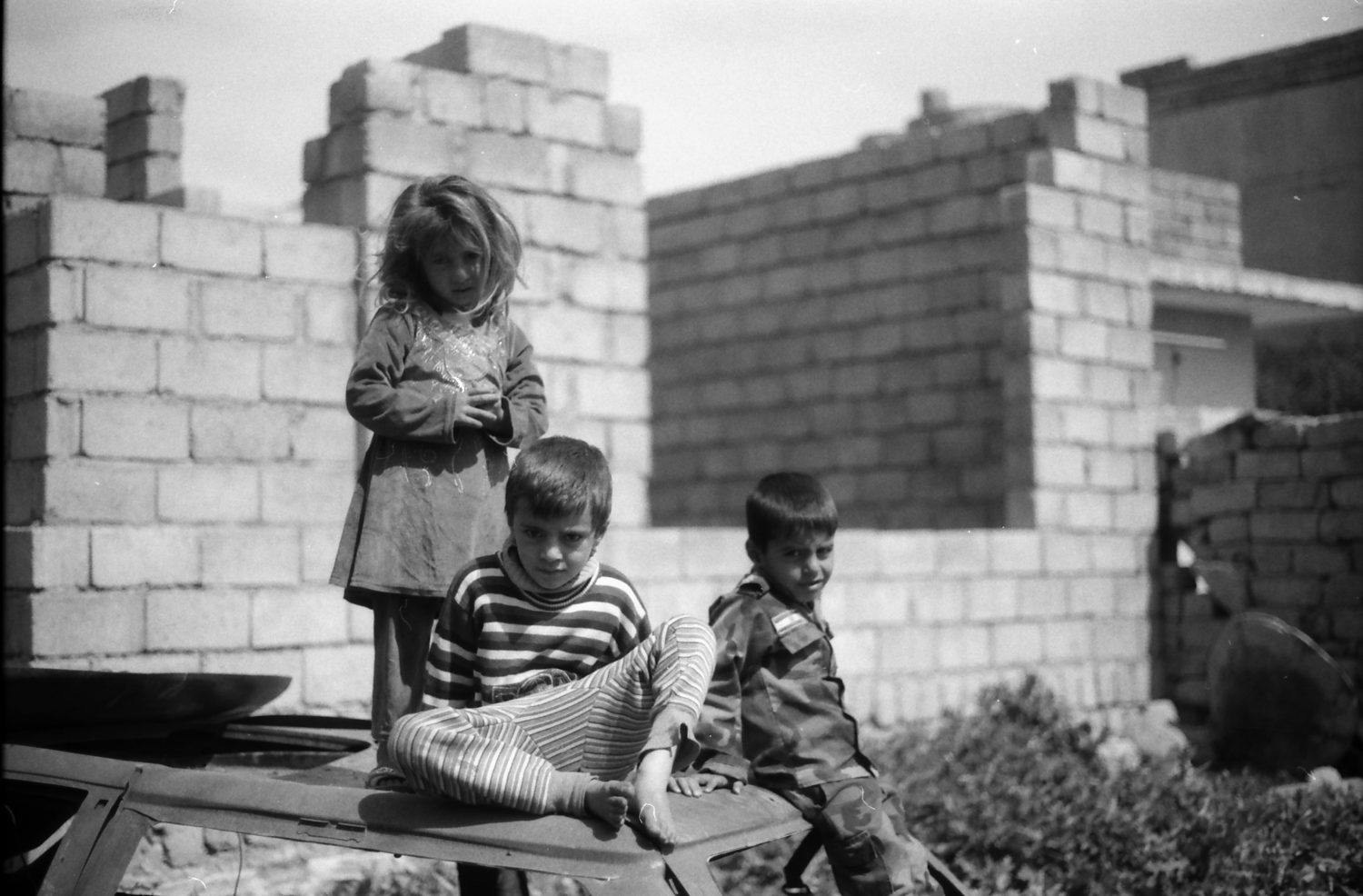 When I picked up the phone on a dark Berlin winter day three years ago, I surely didn’t anticipate the experience that was awaiting me: “Are you up for going to Kurdistan to help our school-building project? We need someone there as soon as possible for a couple of months. Would Friday be too early for you to go?”

Only two days earlier I had been introduced to the work of a development initiative that conducts infrastructure-building projects. All of them are run by volunteers together with the local people in areas overlooked by bigger developmental organisations. The project in Kurdistan sounded very interesting and meaningful. At the same time I felt quite unsure about the safety of being that close to the territory of Daesh, the so-called Islamic State.

…is a small village close to the city of Zumar, 50km( 31 miles) north-west of Mosul in the Autonomous Region of Iraq Kurdistan. The school that the initiative, together with locals, was reconstructing had been destroyed during the six- months long occupation of the area by Daesh during 2014. The militant group had been fought back by the Peshmerga, the local Kurdish army, but only for about 12km more towards Mosul, Daesh’s capital at the time.

A week later I took off with destination Erbil/ Kurdistan. On board with me was my Canon AE-1, enough film rolls for three months and a couple of disposable cameras (I will come to that later). Even though I knew I will be quite busy with the construction work, I was hoping to have enough time for photographic explorations.

Equipped with only a basic technical understanding, I use photography primarily as an artistic way of documenting my perspective on life. I often find myself in the role as an observer, even more so in my work field related to sociology. The camera is my tool, sometimes the door-opener and even a protection shield.

What to expect from life in a war-torn country? How would I act and feel if I called such an unstable and insecure place my home? What I expected was this: everyone is waiting for Daesh (or previously the two Iraq wars) to piss off, in order to finally start a normal life in peace.

Throughout a slow and painful process I realised how wrong I was.

For most people there, being exposed to extreme violence and terror throughout their lives excludes any alternative perceptions of normality. Some 20 wars, revolts and civil wars have happened in Iraq in the last 100 years, most recently the Iraq War from 2003 to 2011 and the Daesh occupation from 2014 to 2018. Not to speak of Saddam Hussein’s brutal treatment of the Kurdish people. Even if people are aware that for most some folks on Earth is not a life in peace – what does that count if your lived reality is different? Life can’t be on hold, life is always going on. This is especially true for children, who haven’t had that much time as adults to find out much about other places on the planet that might have very different situations.

A matter of perspective

Expectably, during my three months stay there, I saw a lot of destruction, military and weapons. I sensed an overarching feeling of numbness amidst people, that became present in an absence of hope and trust in peace.

I observed children playing amidst ruins, unfinished buildings and burnt-out cars. At night I fell asleep to the sound of air strikes on the villages behind the frontline. One night from the rooftop of our house I witnessed attacks on the frontline by Daesh with suicide bombers and heavy shooting.

The whole village did not even bother to leave the house, a fight 12km away is nothing to worry about. I got the impression that they would only leave and abandon their village again when the Daesh caravan is already within earshot.

Being there, I became aware that I could never know what it’s like to live and especially grow up as a young person in this environment of instability and insecurity, where the presence of war is ubiquitous. How is it to be a child in a war zone? Would I hope for a life outside of a war zone? Would I even be able to imagine peace, let alone prospects for a future?

In this context, photography enabled to expose some of these perspective for me: I gave disposable cameras to two young boys I had met, hoping to catch a glimpse of life through their eyes. At the same time I used my camera to document my own perspective.

Looking at the photographs

To me, there is a striking dissonance between the damage and disorder of the physical surroundings and the vitality of childhood that continues regardless. An even bigger contrast though is visible through the change of perspective: to me, the subjects in the colour photographs taken by the two boys Omar Aziz Khader and Alaa Sabah Ibrahim do not show any signs of growing up in a war zone. Whereas I can see an overarching heaviness in my photos (in black & white). This could have also been emphasised by my appearance as the random European guy.

Looking at the photos taken by the two boys, the expressions on the faces of the individuals pictured are very different. This raises interesting questions as to the role of the foreign photographer, and the effect this stranger’s presence has on the subject, and the very particular perspective their images then offer us.

Looking back, I learnt a lot in the three months I spent in Kurdistan: seeing how a place looks like that people run away from to come to seek refuge in Europe. Seeing with my own eyes how a war zone looks like. Feeling how spending time there affects me. And most importantly: humour survives wars. And the humour is dark in Kurdistan.

I will never forget the first night I arrived in the village. I was having dinner at a family’s home. We were lounging on mattresses on the floor. As I got myself a pillow from behind me, I unintentionally exposed the barrel of a pump gun that the pillow had covered. In shock I put the pillow right back to cover the gun. I checked if anyone has seen me discovering the hidden shot gun. When I turned around, the father of the family laughed at me and lifted up the pillow he had been leaning on: A gun. Oh well.