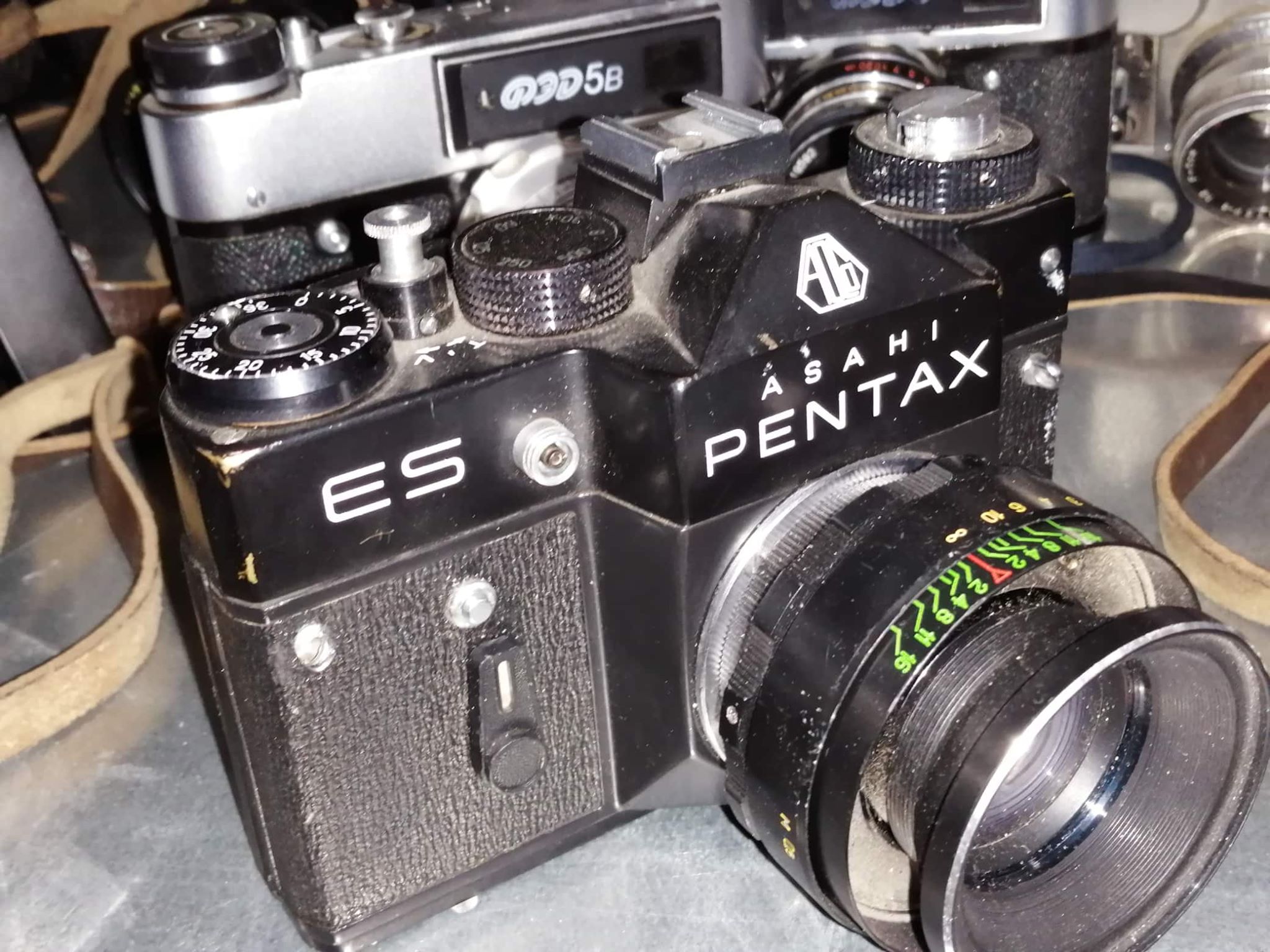 In the days of the Soviet Union, Western cameras were a rare sight.

Simply owning one might cause issues. A Leica or a Nikon might have got you some very unwelcome attention if you started using it on the streets of Moscow or Leningrad.

But while the Soviet people used Zenits, FEDs and Kievs at home, they knew from newsreels that foreign photojournalists used other equipment – exotic brands such as Nikon, Canon and Chinon.

So what happened when Soviet film-makers wanted to show scenes with Western cameras? Simple – they cheated.

Not only is there a large collection of Soviet-era cameras, there’s a number of Zenits tweaked to stand in for everything from Nikkormats to Chinon Memotrons and Pentax ES SLRs.

Vorozhitskiy shared some photos from the Mosfilm collection with Kosmo Foto and gave more insight into the collection.

“Not every collector of photo equipment happens to visit the Mosfilm film concern, especially in the props warehouse, where props are placed on shelves, from furniture to lighter,” he said. “In this warehouse, photographic equipment is located in a place of honour between teapots, samovars, thermoses, refrigerators and electric record players.

“There, among other exhibits used in the filming of various films, I was interested in Zenit cameras with a kind of rebranding. Apparently, they were used in episodic shots as the equipment of foreign photojournalists.

“Why do such fake cameras appear on the screen? There are apparently several reasons. First, the budget of the film was limited. And the artists had to “make up” the available material. Old inscriptions are overwritten and the name of the necessary brand is applied by the method of silk-screen printing.

“The second reason is the incompetence of the producers in the historical component of accessories for a certain frame. The third option is perhaps a touch of crime. Someone had the opportunity to earn extra money. For example, take a Canon or Nikon for a film and replace it with Zenit with the same inscription.

“Back in 1985, the movie ‘Victory’ there were supposedly foreign cameras from foreign photographers on the end of Russian Zenit lenses ‘Jupiter’” and ‘Tair’.”

You can see the Pentax-branded Zenit in stills from the film below.

“’What could have happened?’ they may have asked at KMZ. The film-makers simply converted Tair-11A and Jupiter-21M lens. The big Nikon name can be seen on the camera in the frame, but no one will see the small print on the lens.

The stills you see below from ‘Going Vertical’ feature a bunch of Soviet cameras standing in for Western counterparts, especially in the bottom pic.

“The Zenit ET camera with Exa markings can also be seen. The third Zenit was camouflaged under the Chinon Memotron name – but in 1972 they weren’t released yet.” (Indeed, the first of Chinon’s three Memotron models appeared two years after the Olympics.)

Perhaps the Mosfilm fake camera brigade will turn up in yet more Russian films.

[…] The fake Nikon cameras made at Mosfilm for Soviet movies (pic: Niken […]

When I was a kid many years ago I wanted the Zenit Camera from the Argos Catalog, never got it. I got a Practica B200 instead which was my first film SLR. Interesting article which brought back childhood memories.