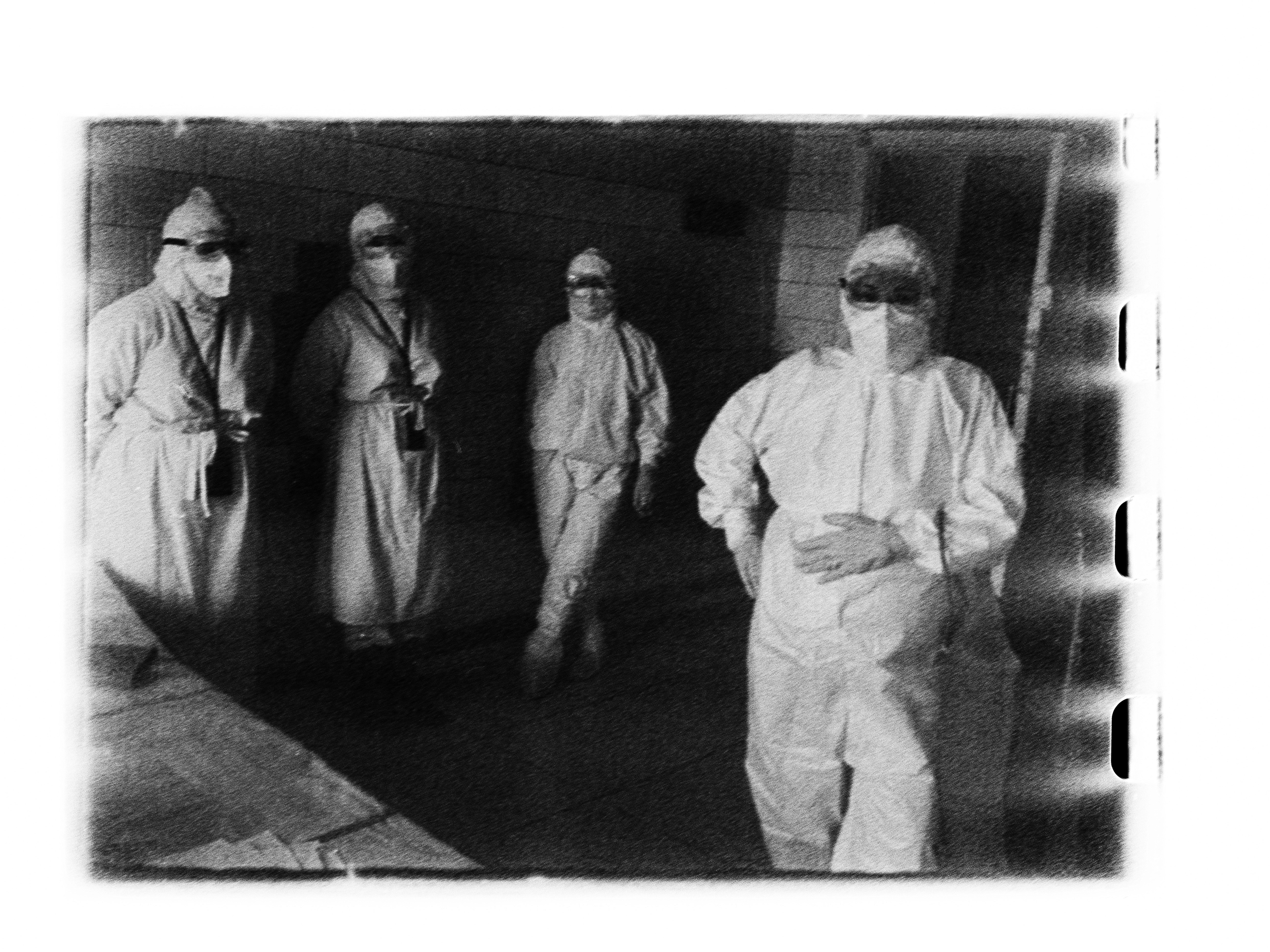 Home Soviet cameras Life as a Covid patient in Kazakhstan, captured on film

When Covid-19 and quarantining started all around the world, I saw some publications highlighting medics’ risky work in the hospitals, and they were all very impressive. While not been a pro journalist (and even if I were), I realised that I would never had a chance to get onto ‘the front line’ and photograph such a story. Turned out I was wrong, I didn’t have to get a permission – I went there as a patient.

At first, I thought I had overheated in the sun, and that my high temperature was just for one day. But no, the next day it was even higher. I didn’t lose my smell or sense of taste, just my hairs became as sensitive as the nerves in my teeth; it was painful to touch them. After a week of a flu-like stage, high temperature suddenly went and I felt just fine. All seemed to be normal. My tests didn’t show Covid, but I realised that it felt something like it.

X-ray tests of the lungs were made, and that showed a multi-segment double-sided pneumonia. So, that day I was immediately hospitalised. The doctors said that if I was at home I would not make it.

When I packed my belongings to take to the hospital I had no time to think much about what camera to take with me to the hospital and why, so I just grabbed the first camera I saw, a half-format Soviet camera Chaika II, with Ilford HP5 Plus, exposed at ISO 1600. And while the choice was a sort of random, I don’t regret it. It’s a small camera that doesn’t scare people, they don’t pay it much attention at all, plus it allows you to make 72 shots on just one roll. And it did it well.

I must state here that I did not have any particular plans for photo-shooting. I did not know if I would allowed to shoot there, I didn’t even know how many days I would live. My friend recently died because of Covid-19, and it’s a pretty scary situation when you feel yourself just fine, but you know that it all could change in a next minute. But what I found it the hospital let me drop that inner panic and forget about how dangerous my situation was.

There were medics, doctors and nurses. They lived there and had two-month contracts and eight-hour shifts, all the while wearing their white overalls and masks. After 15 minutes the condensation came on the inner surface of the masks. These people took care of us 24 hours a day. They gave us all necessary medicine, fed us, took tests all the time. It was a job they were paid for, but I can’t imagine the amount of money worth the risk to their lives.

I soon realised I was faced with real heroes and real acts of bravery. I saw they saved lives in real time, I saw patients who came in a very bad state became get better day by day. And that all, medical treatment, food, were given without charge to patients, all for free, no matter what age and condition you are.

One of my neighbours was 82 with diabetes and heart problems; it didn’t matter, he had all necessary treatment and got better; he was also sent to private clinic after that to get heart healing treatment for free. That all truly amazed me. I soon realised that not documenting it would be a crime. 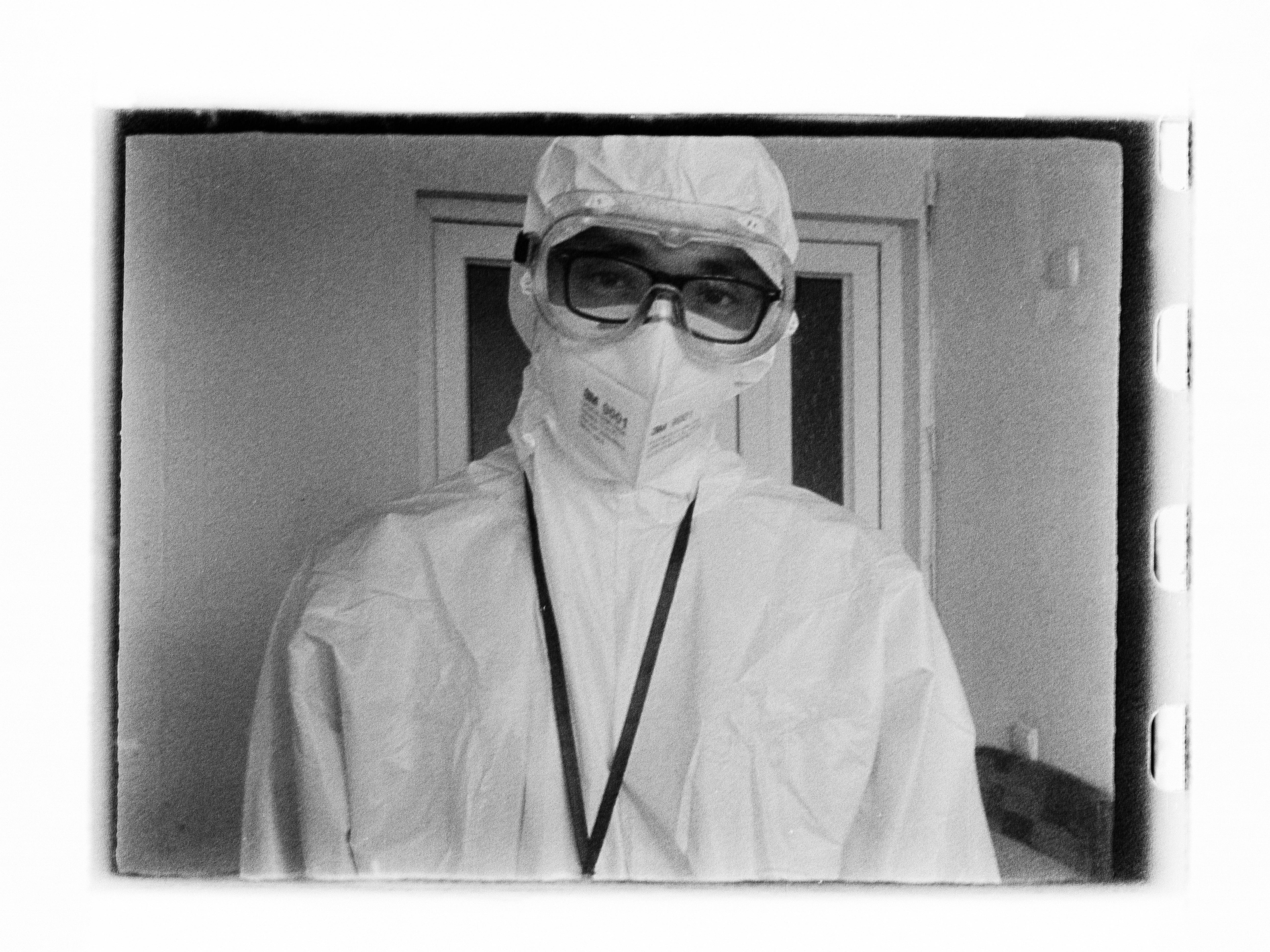 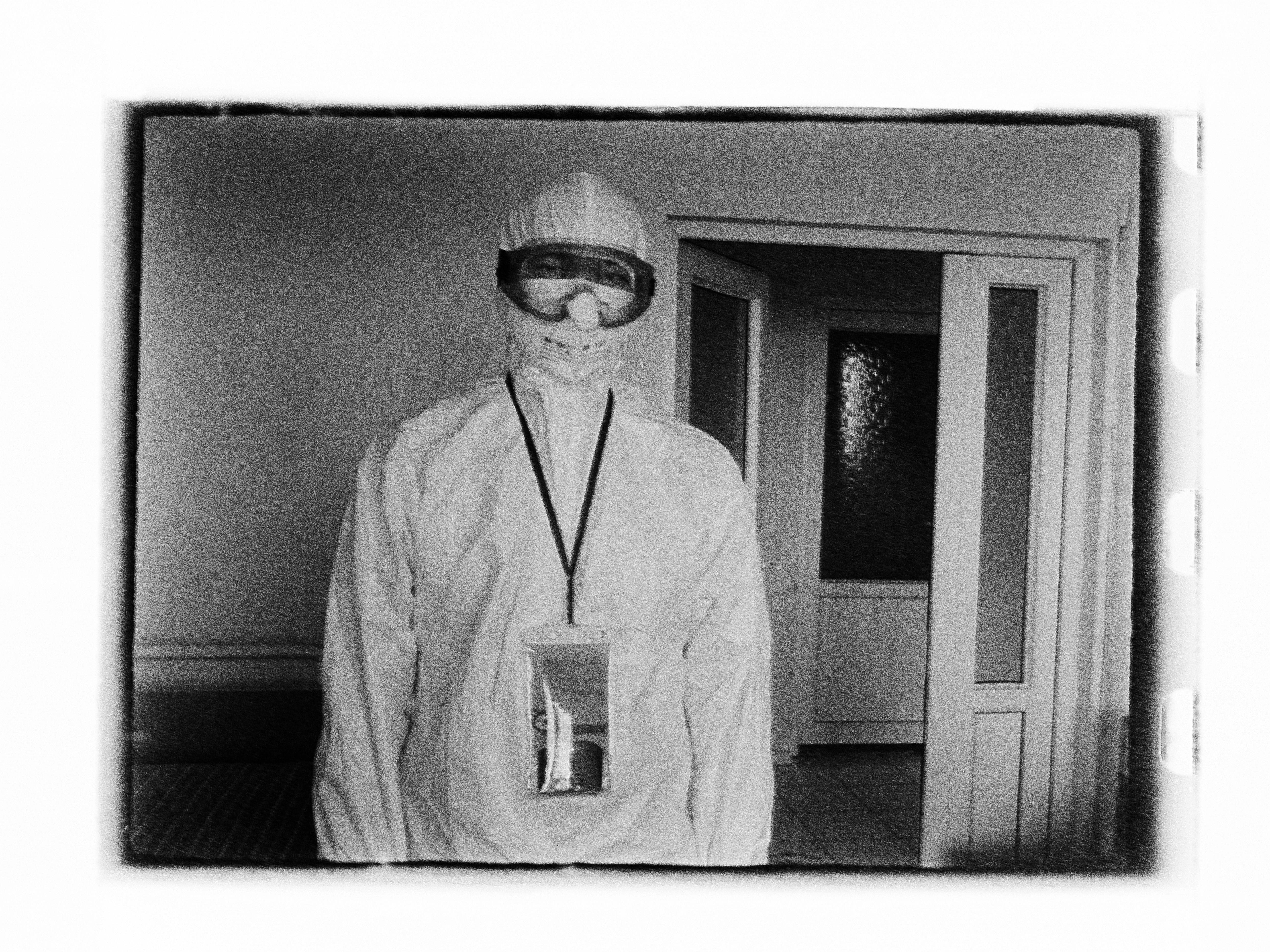 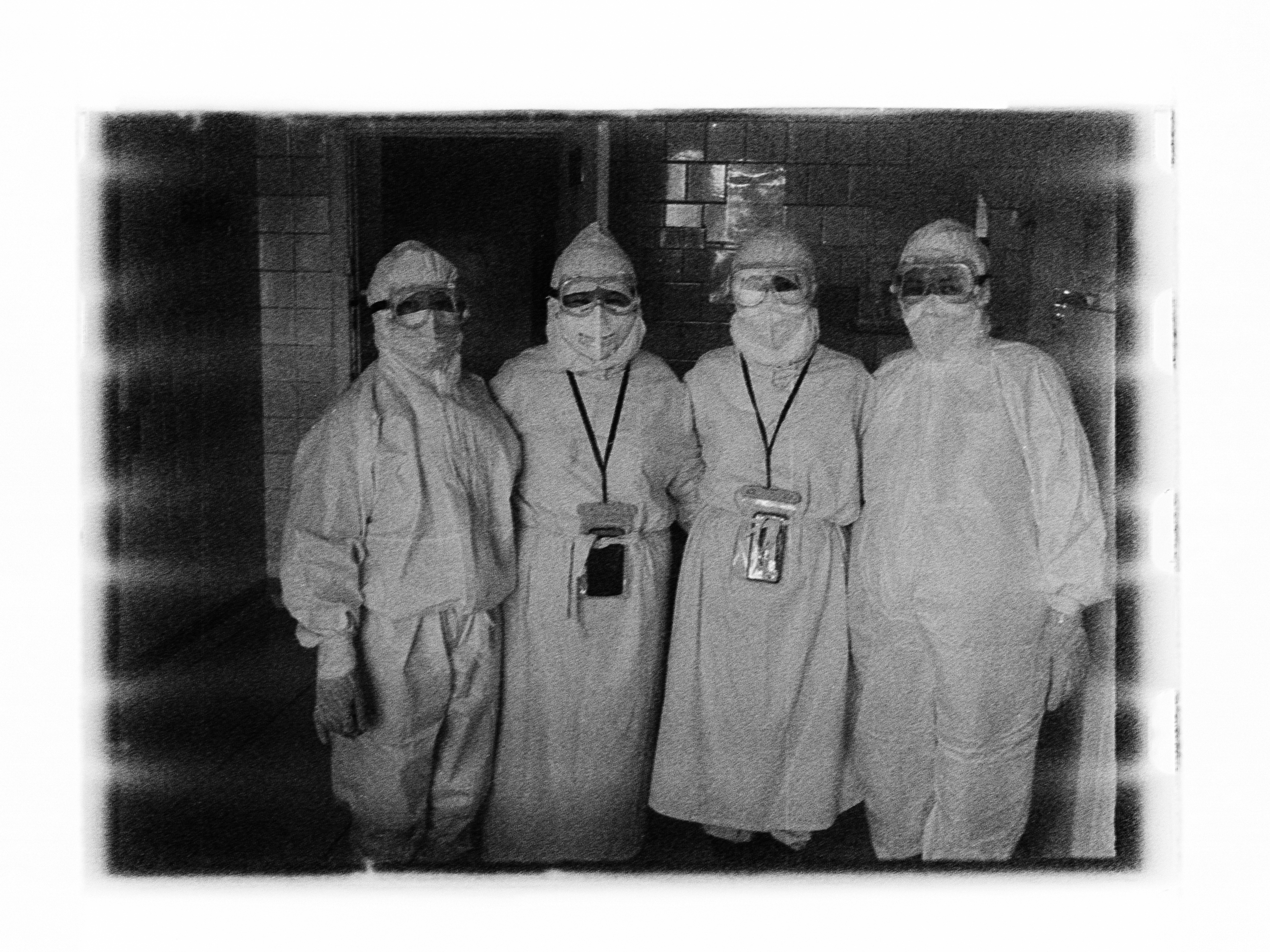 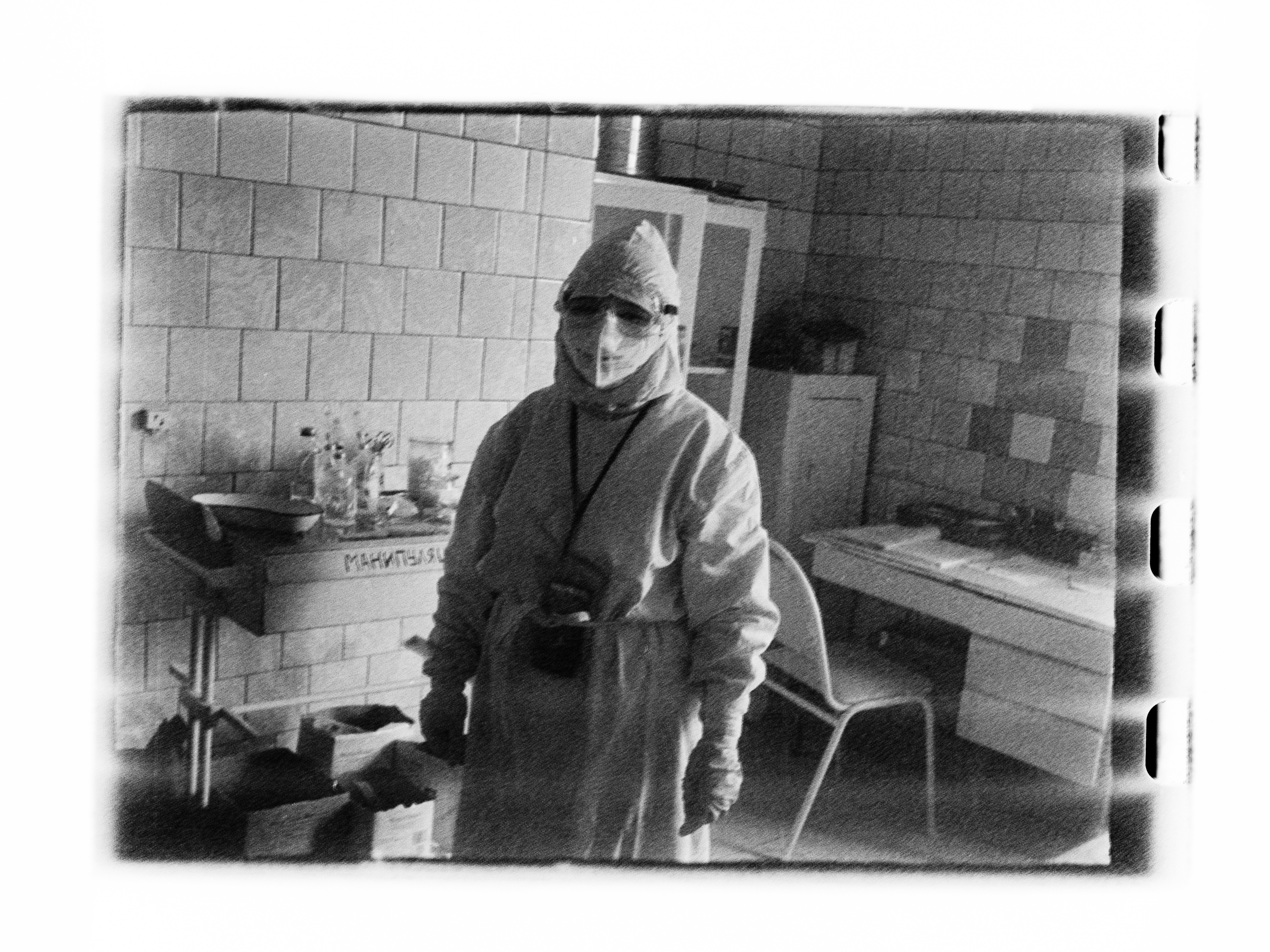 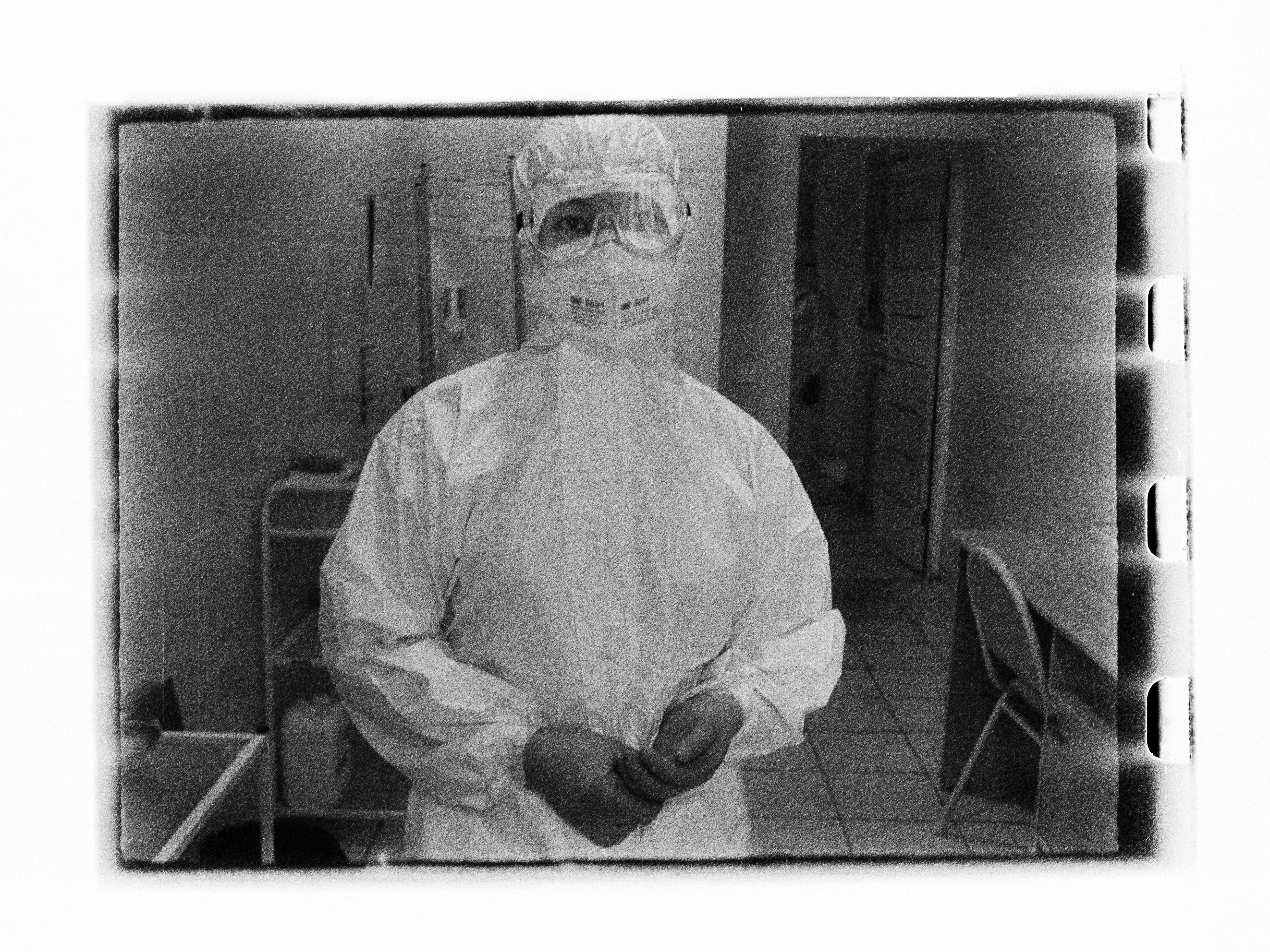 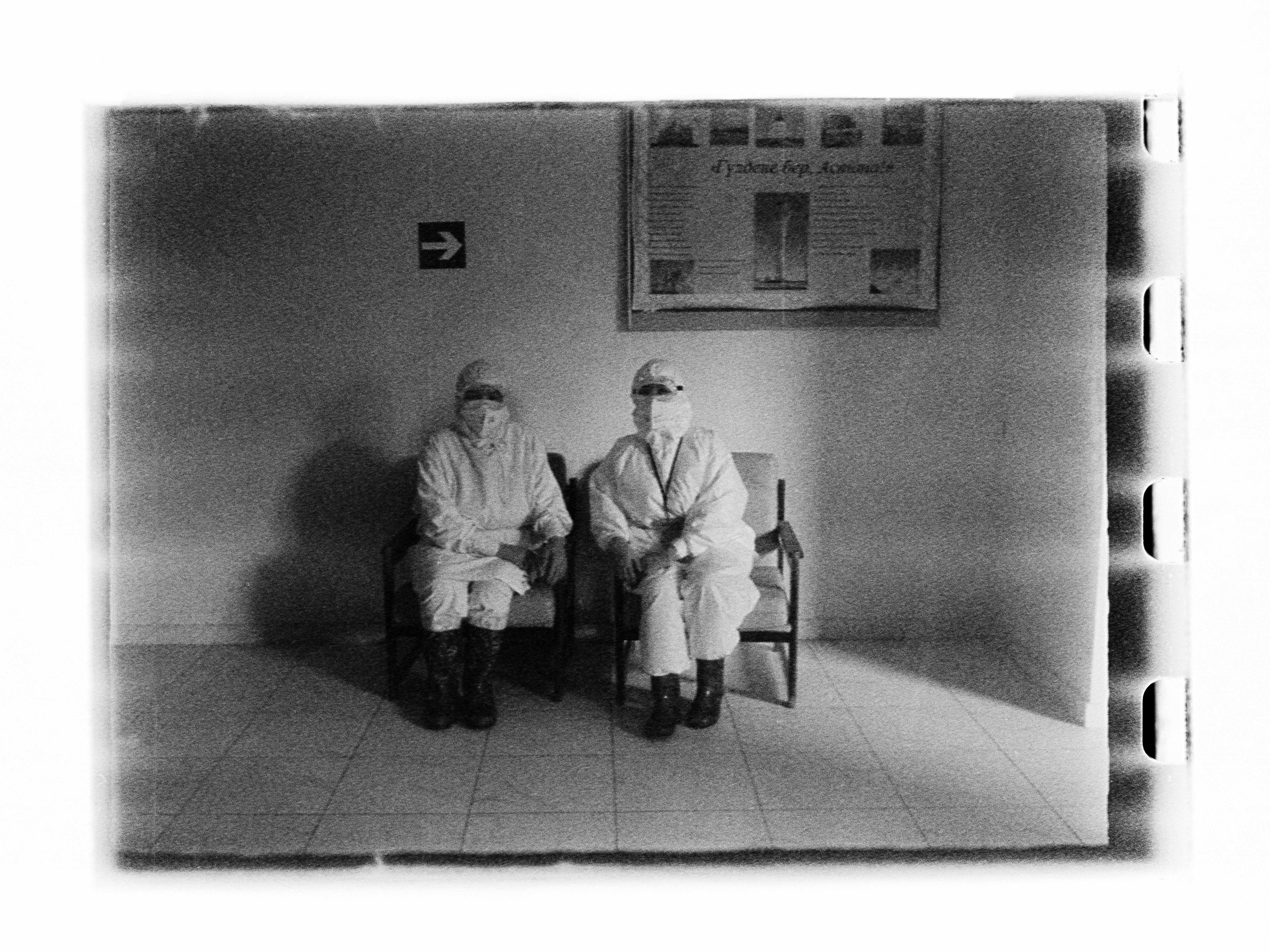 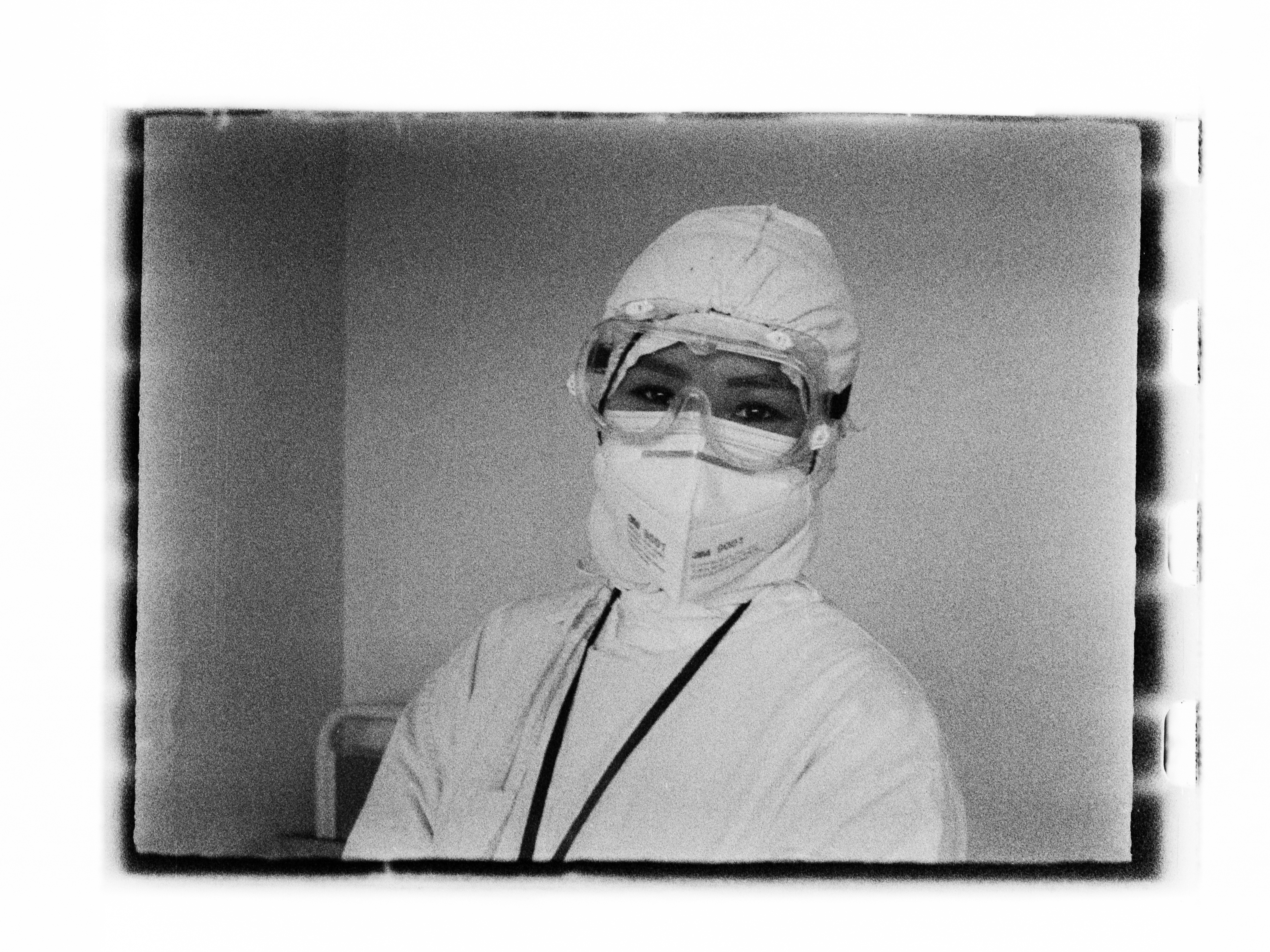 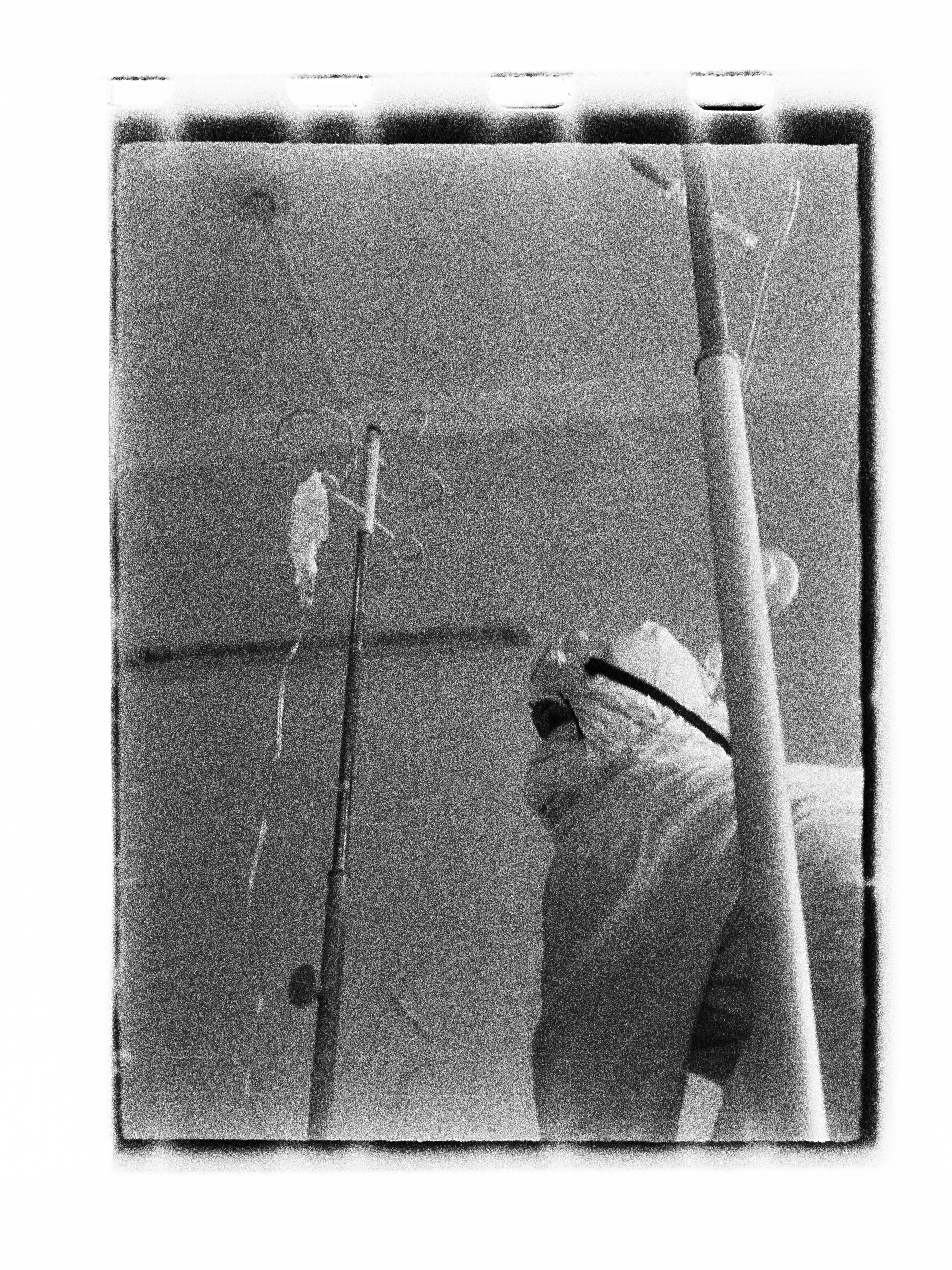 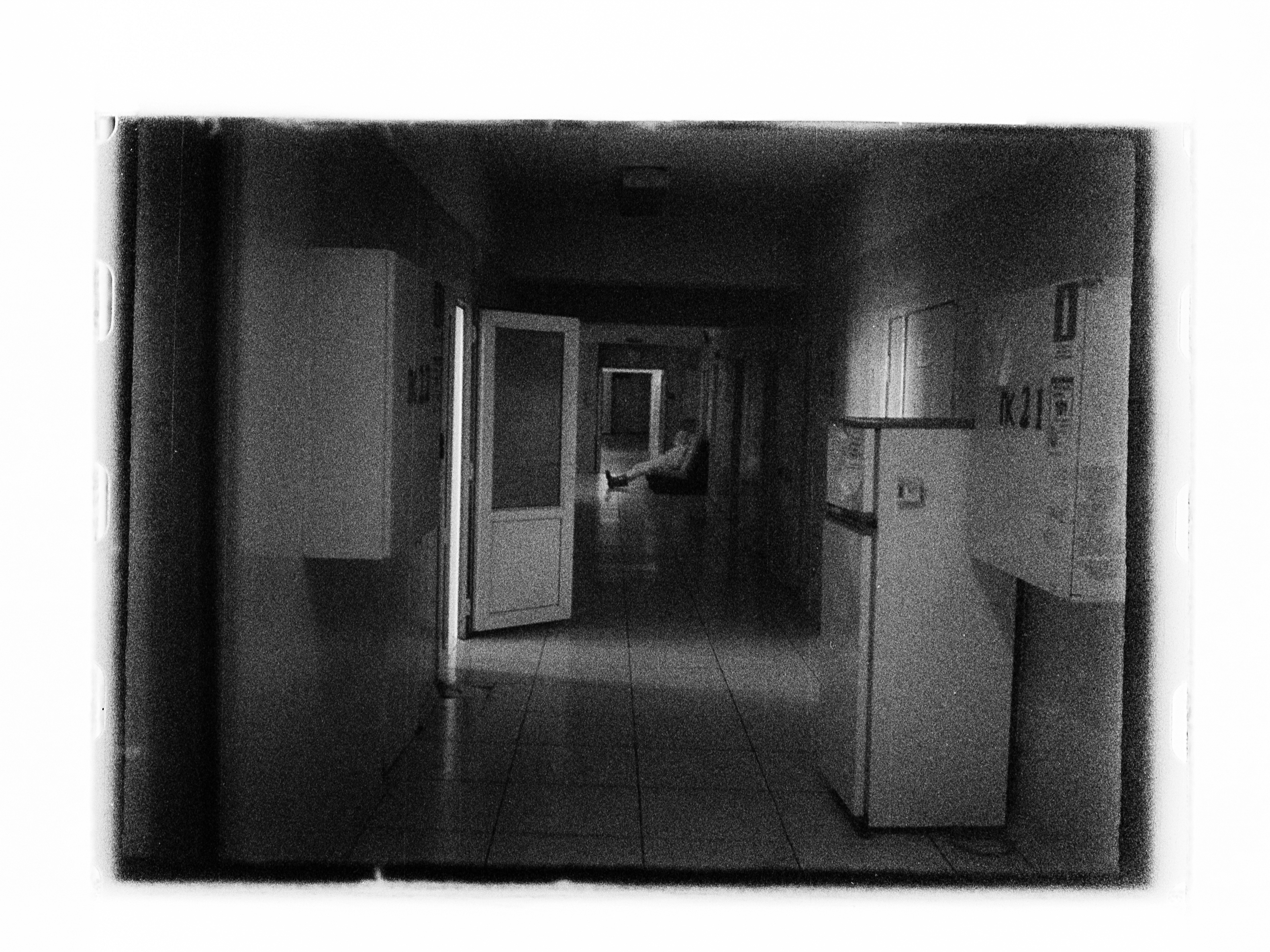 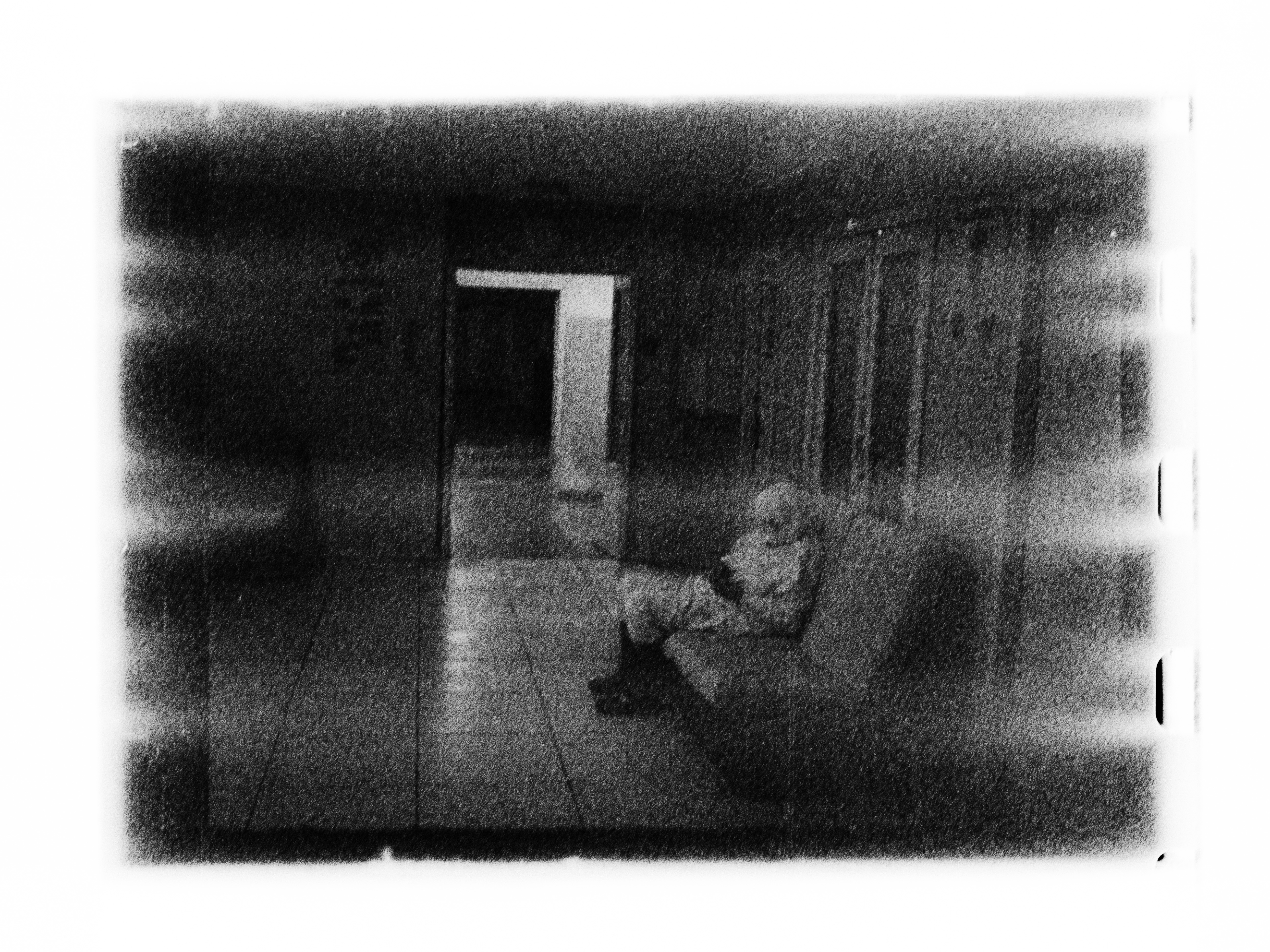 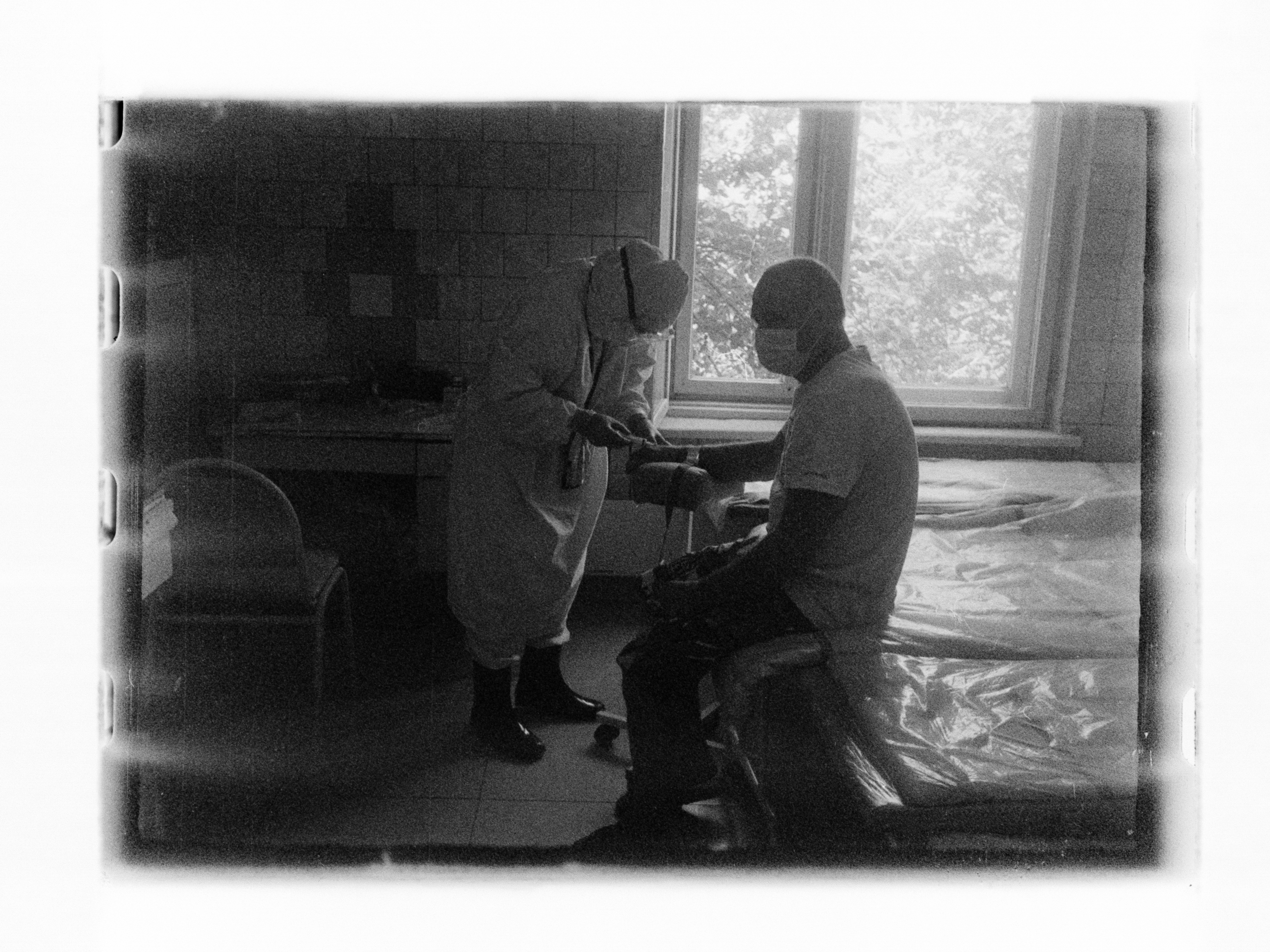 After about 10 days, tests and x-ray both myself and my neighbour had improved a lot and there was no need to stay in the hospital anymore. That was two weeks ago and I’m still fine. Recent tests and doctor visits say that I’m almost healed.

I can’t fit all the story and all the photos I made, both on film and smartphone, so I’m going to make a book where I will try to show more and tell more about these amazing people and those days I will never forget.

And I want to say thank you, to all the people who risked their lives so that I, and many others like me, didn’t die. They let us live.

Thank you. God bless you all.

Congratulations, Andrey, on staying alive and for the presence of mind of grabbing a great camera, putting some great film and pushing it to give you “room to manouvre”—it gave you that grainy, timeless feel of almost the 1918 Influenza Pandemic images! Keep getting better!

Great story from a personal viewpoint Andrey and those photos take on a very special meaning as the experience was so personal.Is articles like this that are so rare these days and taking i the little half frame camera would not have been on many peoples minds if they were sick.Well done.

Absolutely remarkable. Andrey, this is quite a document and I felt that you handled the situation with professionalism and care. The photographs are inspirational and haunting at the same time. Thanks for providing this and so glad that you are on the road to recovery.

What a great story! Well told, and illustrated extremely well with the photos. I’ve never really considered a half frame camera – until now. Thank you for documenting and publishing your ordeal. I was totally gripped by this article!