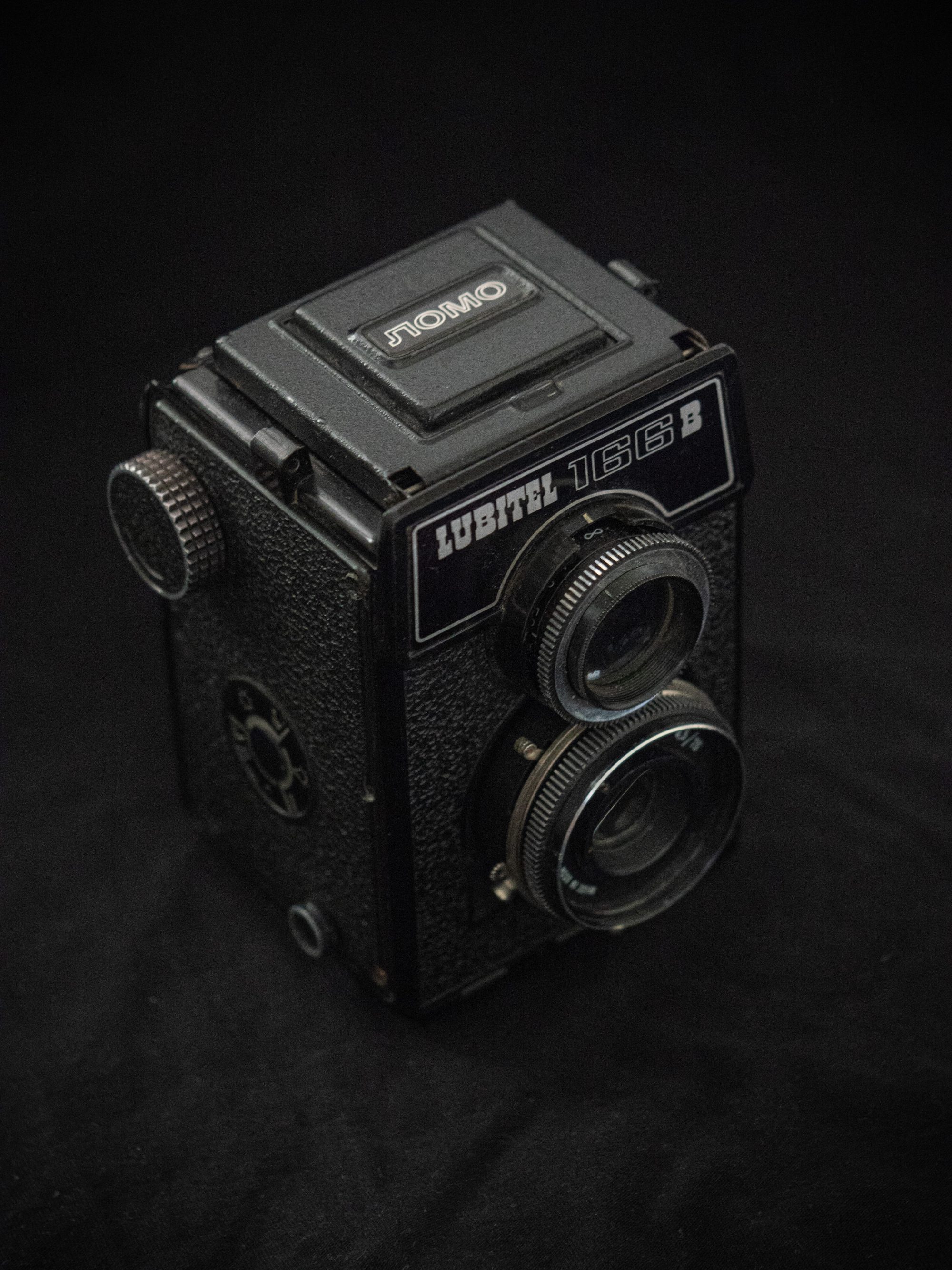 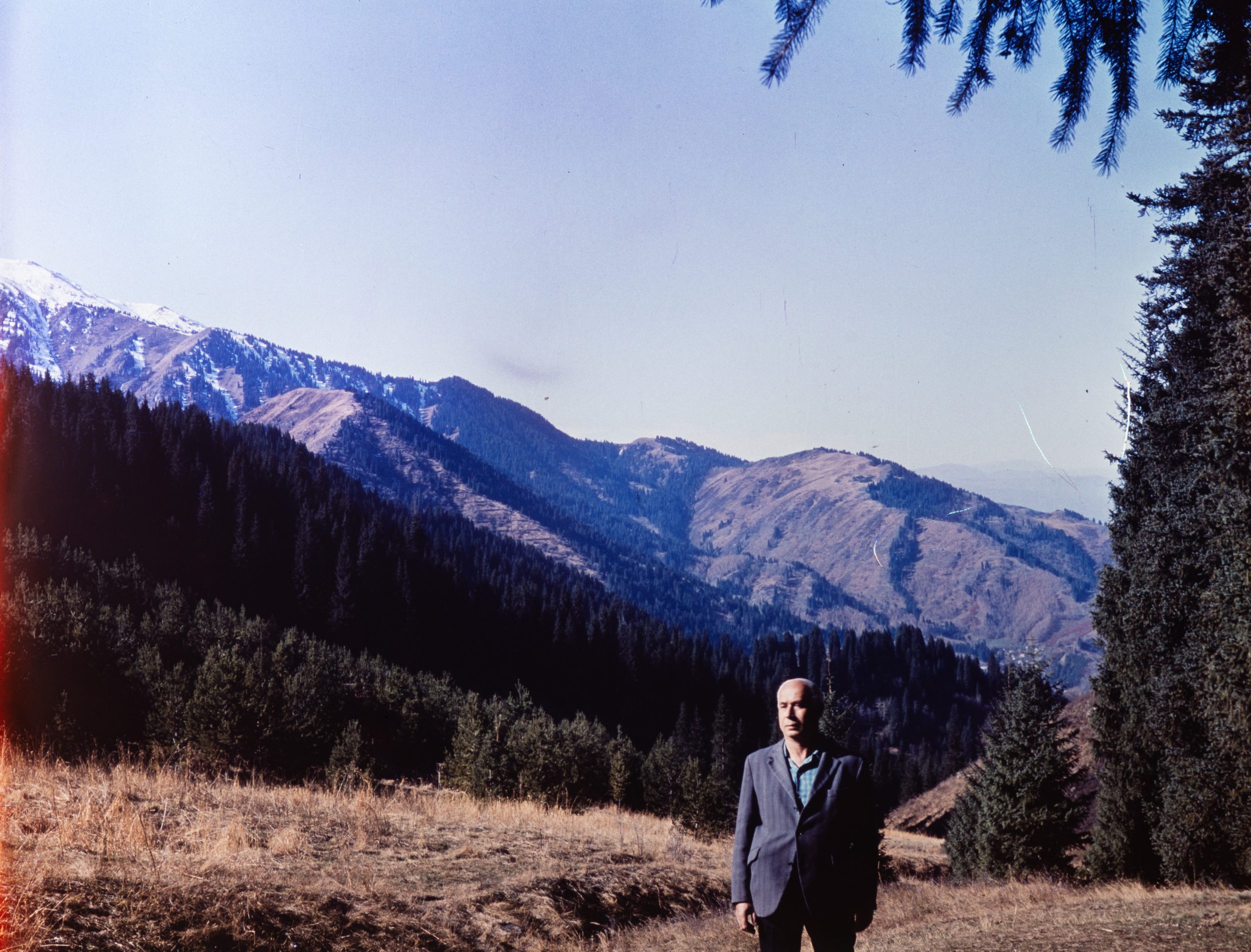 This is the camera that I know from my early childhood. It belonged to my grandfather, Viktor Ivanovich Semyonov. He was a locksmith, working at several institutes of the Kazakhstan Academy of Science, and he also was a passionate amateur photographer. He always carried a camera with him and this probably defined my interest in photography for the rest of my life. From the very first memories I got used to a camera around me, and yes, the photographs. So many photographs.

Remember the time when we did not have an internet, computers and smartphones? We had TV, radio, and books. And all of these things were for consuming only. Photography was one of the few media where you could create something by yourself. And in the Soviet Union people did it a lot. You could buy chemicals and do it at home, or, there was a wide network of photo labs where you could develop colour films, negative or reversal or, even rent a lab with chemicals to develop it by yourself.

So one day, my grandfather decided that he doesn’t want to be a hunter anymore, so he sold his rifle and went to a shop to buy a camera. He wanted to buy a Rolleiflex TLR, a used one, but the seller told him that it was better to buy a new Soviet camera instead of heavy-used, old German one. I still believe that seller had his own plans on that Rolleiflex, but anyway, this is how the Lubitel 166B came to our family.

Actually, we never regret about it. It’s a simple and reliable camera, using 120 film format with 6×6 frames. For printing photographs, it did not give many advantages over the 135 format as we mostly printed 10×15 photos, but where it shined was reversal film! My granddad made a plastic diascope for it and I remember how these films amazed me. As a six-year-old boy, that days, It was like magic! Medium format, or, as we said back then, “wide film”! The quality was great and you saw the shots, so colourful, so real and done by your own hand. Yes, he gave me the camera as well, and this was probably the first time I made my own photography. Yes, it was blurry, but I still keep it as a great memory.

I still remember how we walked to the mountains and around the city in 1982-83. And thanks to this camera, I now have great memories of these trips. When he went to the mountains alone, he mounted the camera on trees with small FED tripod or just put it on stones, and did selfies back in 1982, ages before it became mainstream.

The Lubitel 166B, unlike the Lubitel Universal, was only able to shoot 6×6 frames only, but granddad modified it for 6×4.5 frames as well. Ah, what a time it was when people did such craft at home!

When I became a student in the 1990s, this camera became my learning camera. Not just for photographing, but for servicing as well. I adjusted the lens, fixed shutter (even it didn’t require any fixing), that just was interesting and exciting. The knowledge, skills and experience my grandfather gave me, defined my studies as well.  I was able to develop films and went to transmitting electronic microscopy after university.

It all was so long time ago, but I still have this camera and I am going to shoot on more and more. My grandfather passed away several years ago, but I still remember him and our trips to mountains near the city. I recently digitised these slides he made and looked at them from a computer monitor this time. They are of course imperfect, but there is so much soul in them, so many sweet memories, and so much impact on my life. I’d like to share some of them with you and I hope you’ll like them.

Probably everybody has a story of a camera which inspired his one day, so here was mine.

(All shots were made in 1982-1983 in Alma-Ata City, Kazakhstan and in mountains around on Lubitel 166B by my grandfather, Viktor Semyonov)

Great story!! (Too bad he didn’t get the Rollei, though)