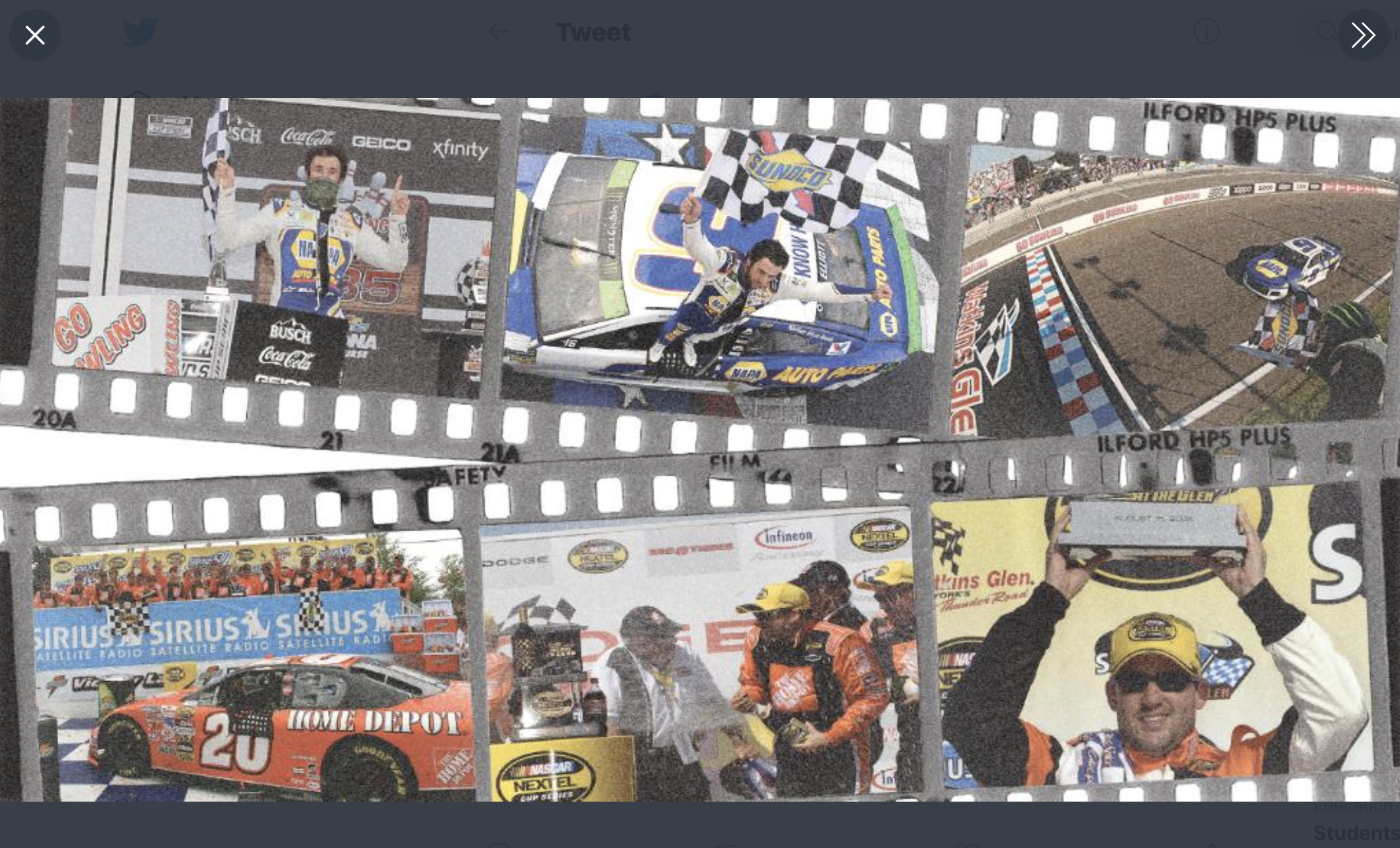 A cautionary lesson for those running Nascar’s social media accounts: when you’re trying to invoke some retro atmosphere by mocking up contact sheets, it’s all about the details.

On Tuesday (18 August), the US motor racing league announced that driver Chase Elliott had become the first driver to chalk up three consecutive course victories since Tony Stewart, one of the sport’s leading drivers in the late 1990s and early 2000s.

Now, HP5 Plus – which won Kosmo Foto’s inaugural Black & White World Cup last year – is many things, but colour it is not. Nascar’s Twitter post was quickly met with surprise by some film photographers.

That is interesting….I did not know it was possible to develop @ILFORDPhoto HP5 in such a manner to produce color positive images? #believeinfilm https://t.co/ZzhwvqGc7z

IlfordPhoto’s Twitter account responded: “Hilarious. Just a little research would help. It will be interesting to see if we get any enquirers for colour HP5 film now:)”

While colour HP5 Plus definitely doesn’t exist, Ilford did once produce colour slide films, including a range marketed under the Ilfochrome name which were very similar to Kodak’s Kodachrome range. These were popular in the Uk during the 1950s and 60s.

Ilford also produced the first of its colour negative films in 1960, based on the Agfacolor system from West Germany’s Agfa.

I’d order a roll or two.

very interesting color rendering, though…
but joke aside I think they photoshopped the footage and then set into that sprocket design; I don’t think they coloured HP5.

Yes, I think maybe someone took a film from a stock agency without doing their research…

Oopsie, someone should have done their research!