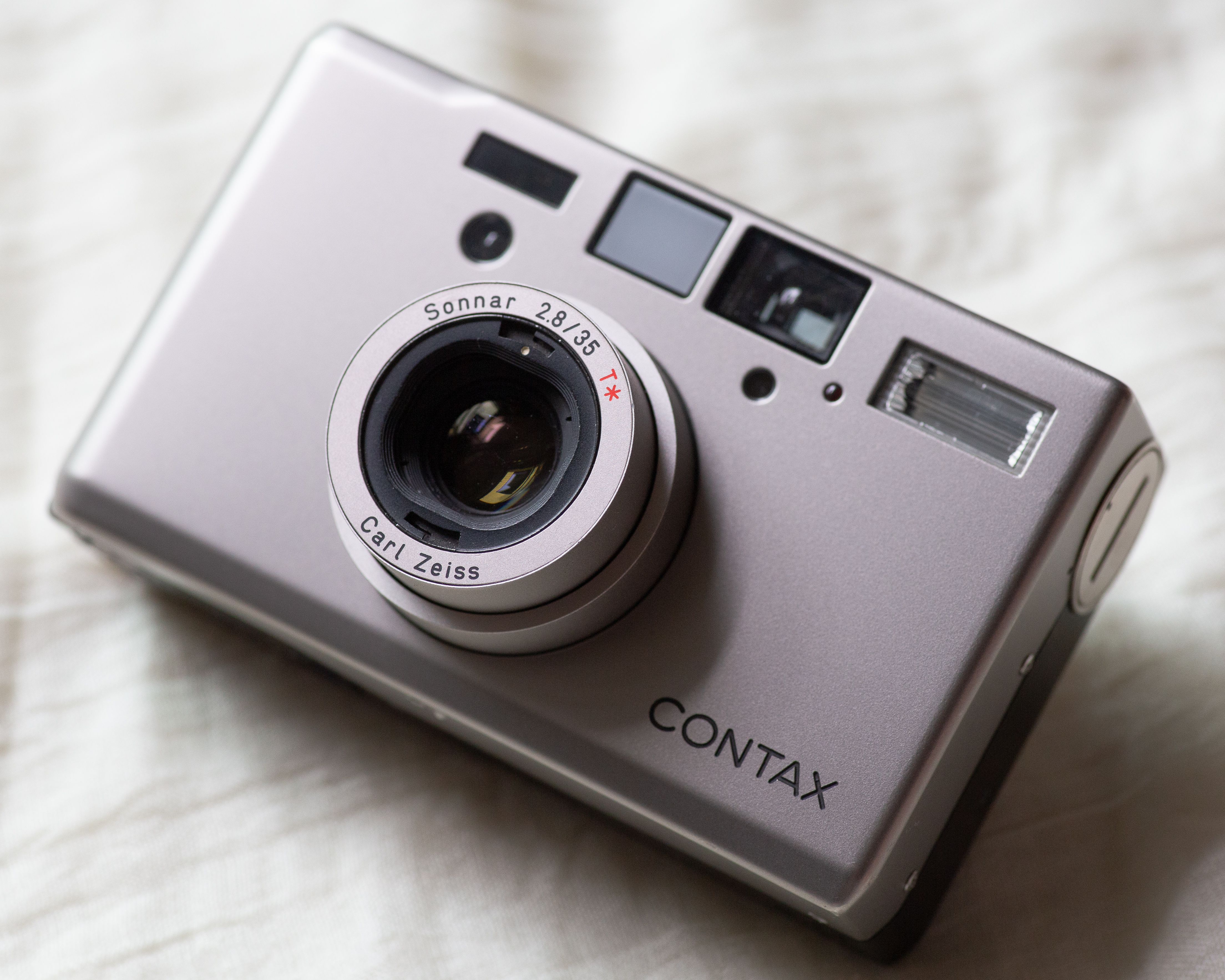 Lust. Just a tiny word, but considered absolutely sinful by many. Many of us have the things, the objects and items in life we lust after, and until we hold that lump of precious in our clammy hands nothing can sate our desire. The ‘68 Dodge Charger. The Rolex Submariner.

For me, it was the Contax T3. This sleek and compact point and shoot has been the topic of many a conversation since its birth to the world in 2001, sadly nearing the end of the film camera era. But as the years have slowly rolled on, the price for these titanium teases has skyrocketed, aided by the fact that a handful of celebrities (Drake, Kylie Jenner) have been spotted using them. The sheer cost of these little beasties have kept them out of reach for many of us.

I was fortunate enough to get hold of one in early 2018 for less than the price of a kidney. Over the years I’d built it up in my mind so dramatically, I was convinced I was holding the holy grail of analogue snappers. It felt good. The weight and size was just perfect. It was responsive and slick and even non-camera people would remark on its looks. The shots from it were sharp as a razor and continued to reaffirm all I’d read about it.

I won’t go into the technical blurb here, there’s a gazillion websites that do that. But as far as point and shoots go, it truly is the King Kong Mac Daddy. But there was just one, niggling problem that I couldn’t let go of: I didn’t actually like using it. 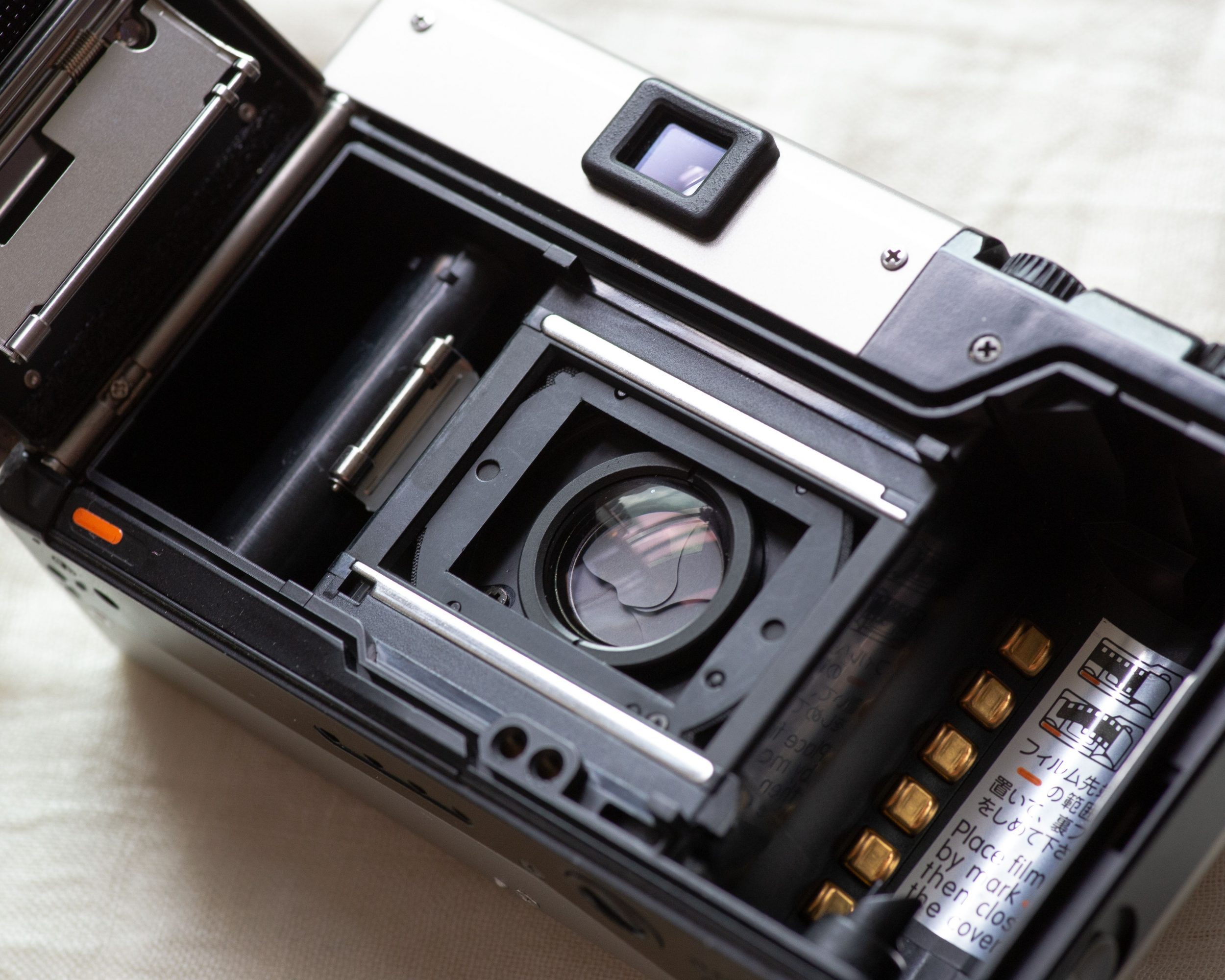 Now this may seem to conflict with all I just said, and in truthfulness it wasn’t the cameras fault per se, it was mine. Over time I had manifested this metallic lump into something I dreamed would end all my photographic worries and troubles, it would take away the need for more lenses and battery grips and heavy backpacks full of gear that weigh as much as a large dog.

I continually told myself that all I needed was to go back to basics, just one tasty little snapper that would deliver the goods and make me think more, test my limitations and force me to learn, that one 35mm f2.8 killer lens would be the Tonto to my Lone Ranger.

In my noggin I had fantasies of selling all my other camera gear, buying plane tickets with the money and taking this pocket-sized piece of sexiness on trips to India, Indonesia, Fiji and more. But as the old adage goes, “be careful what you wish for, you might just get it”.

Sometimes it’s nice to get a little bit of extra respect from other people, whether it be from your wisdom or work, your experience or expertise or whatever. In the camera world, I liked the extra smile and recognition I got from other shooters when they saw me using a T3.

This sounds pretty ridiculous to me now, but having something so highly praised (and so damn expensive) kind of made me like the twisted idea that good camera equals good photographer. “Surely someone who’s pretty mediocre at photography wouldn’t be using a T3?” But this is, of course, absolute tosh. Anyone with a few quid can buy nice gear. And it was this albatross that made me feel like this wasn’t the camera for me. It’s just too much of a delicate, expensive thing for me to be swinging carelessly around my neck.

Like many of us, I’ve had to scrimp and save for things I want to buy, and when I buy stuff I’m not in the habit of babying it. I go to places, I visit new countries and cities and I bounce around in tuk-tuks and on motorcycles, I throw my bags on the floor in hotels and I’m very partial to brewed beverages whilst I’m out looking for stray animals to take photos of. That’s not to say I don’t look after my things, but I expect the gear I buy to work for me, for years to come, and to possibly take a bit of abuse along the way.

Things get scratched and stuff spilled on it. It’s no hidden secret that fixing these cameras when/if anything happens to them is near on impossible, and they can go from a deluxe piece of image-making marvel to a very pricey bookshelf ornament in one quick drop. (This I unfortunately found out when my Olympus Mju-II gave up the ghost after being dropped from less than a metre. Ouch.)

I was finding that when I took it out I became all too conscious about having it there. I would cradle it gently and think more about keeping it safe than actually taking in my surroundings, the environment I was presently at. I turned from guy in a place with a camera, to guy with a camera in a place. And that’s really not me.

Another thing that somehow bothered me is the lens. It’s infamously well renowned for being sharp as a razor, with superb micro contrast and no vignetting and so on and so on, and yep it’s all true. But to me, the images were… soulless. Over my years of shooting I find myself not regarding sharpness as a necessity, I’m searching for character. I like my shots to have a little personality. If I want sharp I’ll use my Canon EOS-1V monster, or just grab a digital camera. For my film shots, I want some mojo. 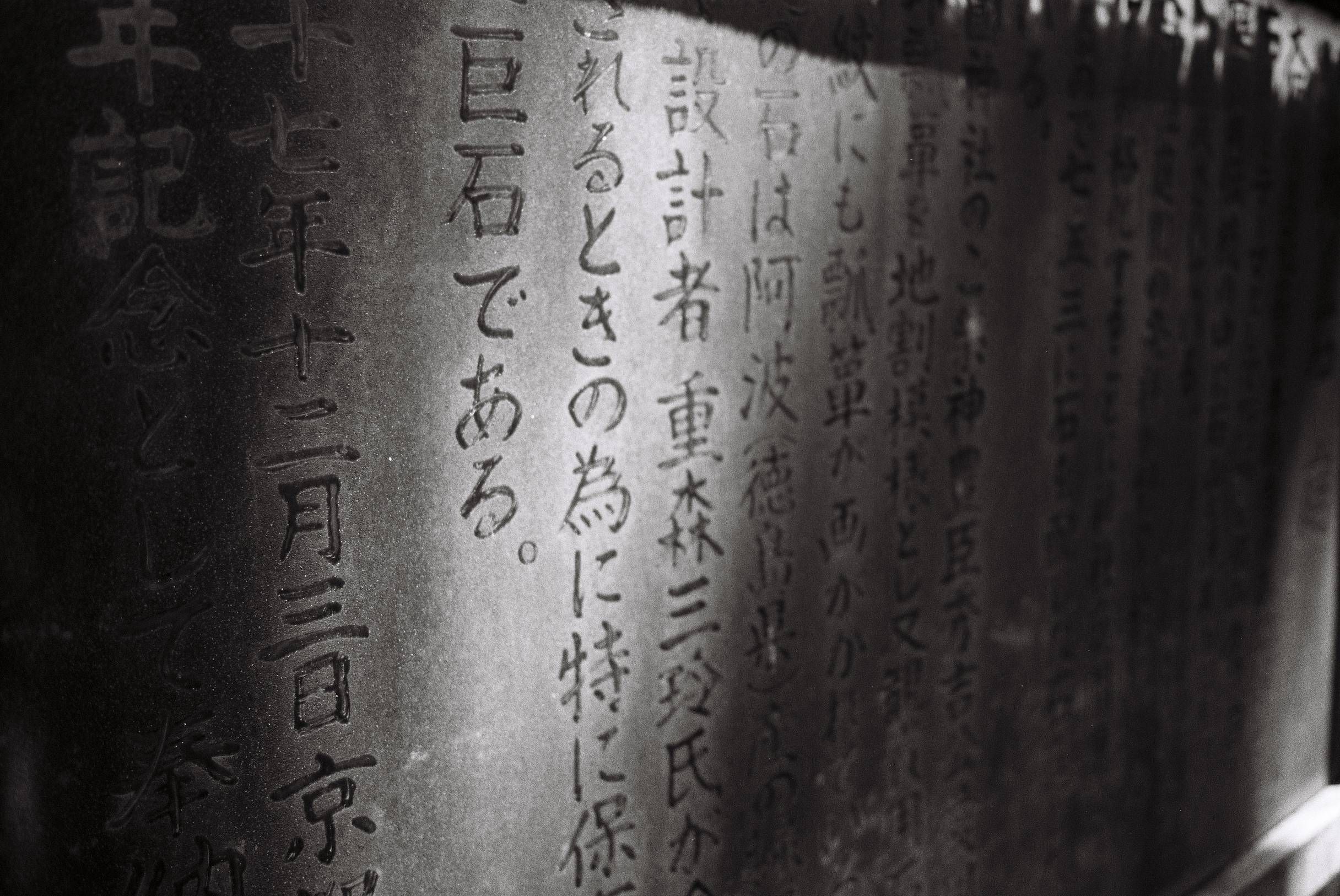 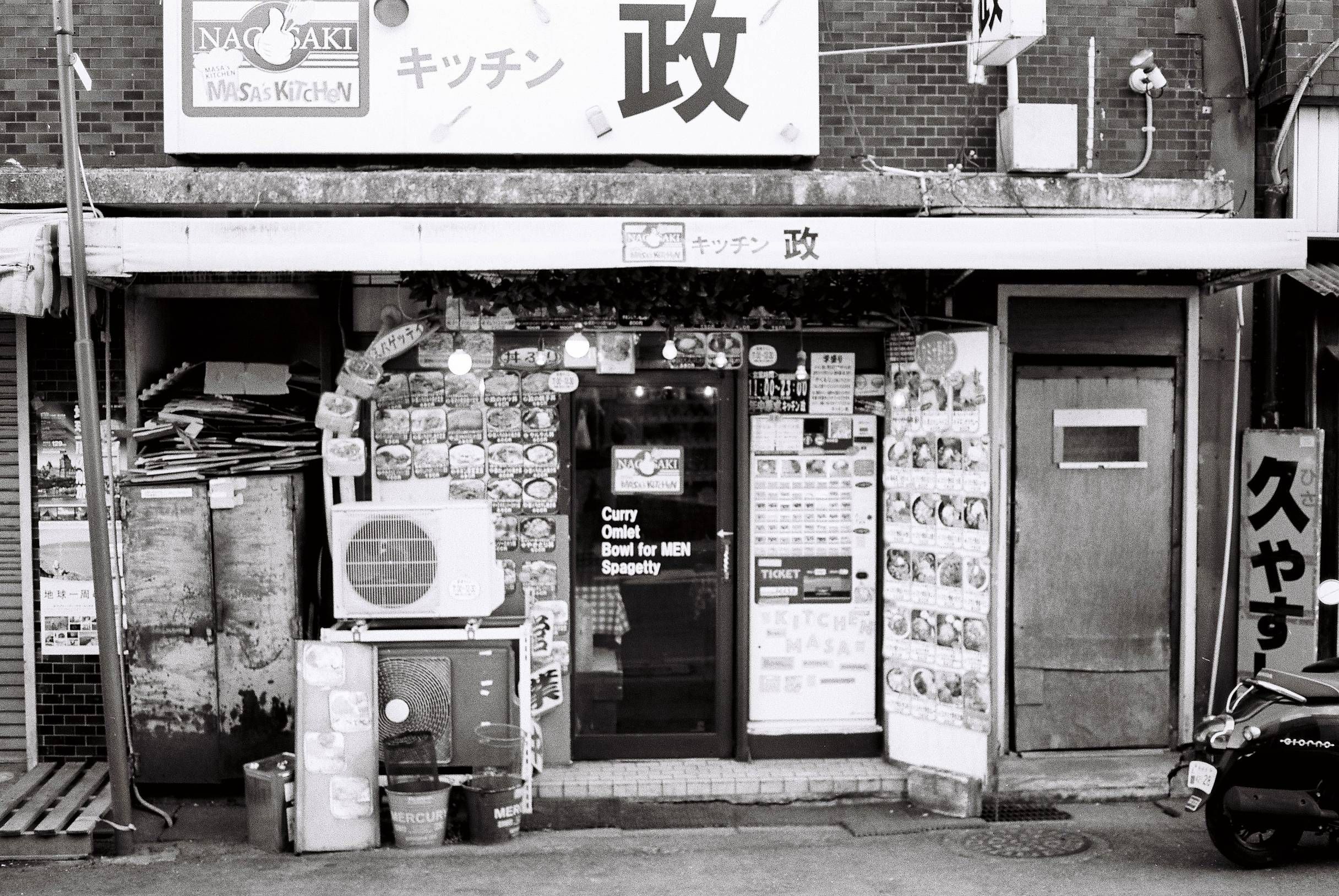 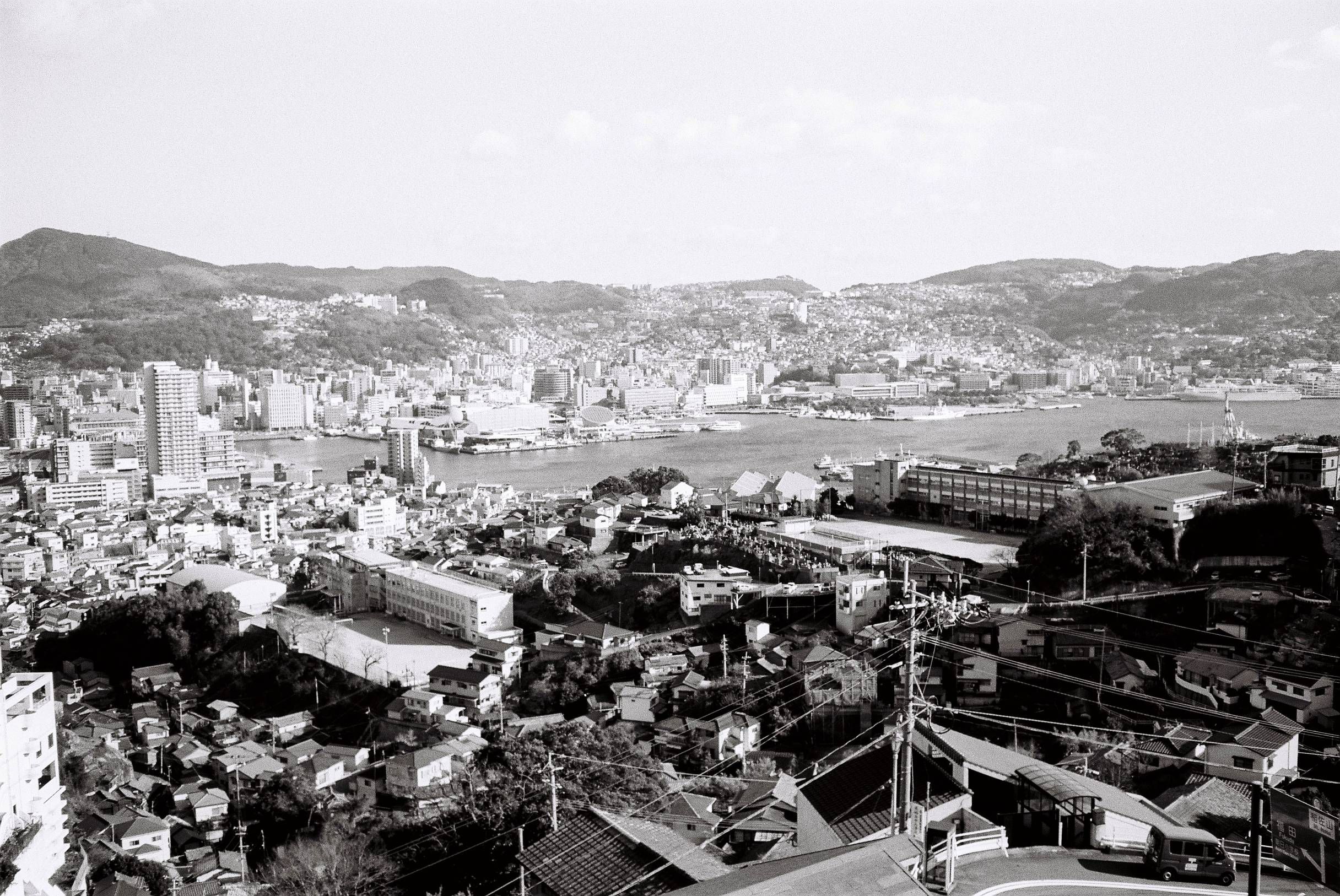 I have nothing bad to say about the T3, except that it’s just not the right fit for me. It’s too much. I liked it, but I never loved it. We were not a match made in heaven, more like a holiday fling doomed to fail. With heavy heart, I let it go to a new loving home, to someone who will treat it with the care and attention it deserves.

But don’t cry because it’s over, smile because it happened. When I want to use a compact now I happily reach for my somewhat battle-scarred Olympus XA, the solid little brick that takes a lickin’ and keeps on tickin.’

So would I recommend the T3 to others? Maybe for some. But for most shooters with that kind of money to spend I’d say buy another compact for a third of the price, and spend the rest on a plane ticket to somewhere you’ve never been before. Travel is the only thing you buy that makes you richer.

Great article Jay, it’s sad when perfectly good camera become overhyped because the prices mean fewer people are actually shooting them. Nice to hear your thoughts about the lens, I am not surprised as as the great man said “Sharpness is a bourgeois concept”. I love vintage lenses from the 1950s they have ten times more character than any of these high end compacts. Also, there are so many underrated compact cameras from this era that can be bought for a fraction of the price, and as so say if you drop them you wont have lost a spare kidney.… Read more »

Thank you so much for your kind words! Yeh I have several small snappers, the Olympus XA is my go-to pocket rocket, just love that camera! Many thanks and all the best, Jay.

Fantastic article. I have a different Contax model but love it.

Thank you so much Dan, it’s very much appreciated! All the best, Jay.

A lovely bit of writing and vulnerable soul searching. Respect. 👏🏾 Thank you for sharing.

Aaaah thank you for your kind words, I really appreciate it. Best regards, Jay.