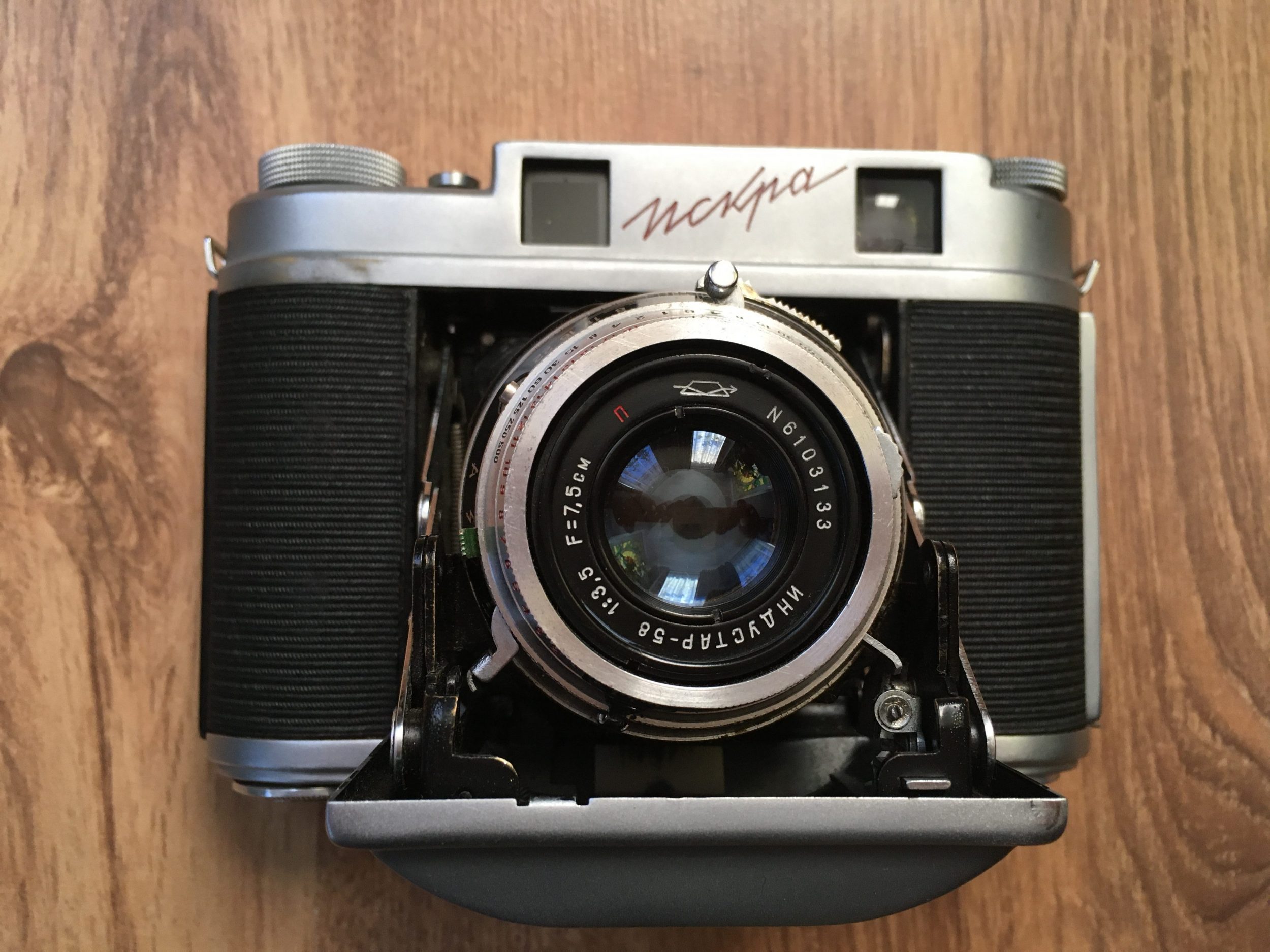 Lately, shutter testers are becoming very popular for using on old classic films cameras. Such popularity resulted from the recent availability smartphones, that allow the development of metering devices using software applications. In this case, an input device is used as a light sensor connected to the phone’s microphone input connector. And what were previously specialised pieces of hardware costing at least $100 are now software solutions almost free and available to almost anyone.

Now many people try to check shutter speeds this way, and even adjust shutters.

However, let’s try to think how this metering process works. How do modern simple shutter testers with one light sensor calculate the metering, and how does the tester get a final result: digits on the smartphone screen?

Let’s look at two types of shutters – the process of metering shutter curtain speed and the shutter speed in a lea shutter camera.

First up – shutter curtains! In an ideal world both curtains (the first opening, and the second closing the frame window) travel at an infinitely fast speed. In this case, we need to meter the time between opening and closing the frame window. But this is not how things work in the real world. Really curtains need some time for opening and some time for closing. It makes an error in metering. 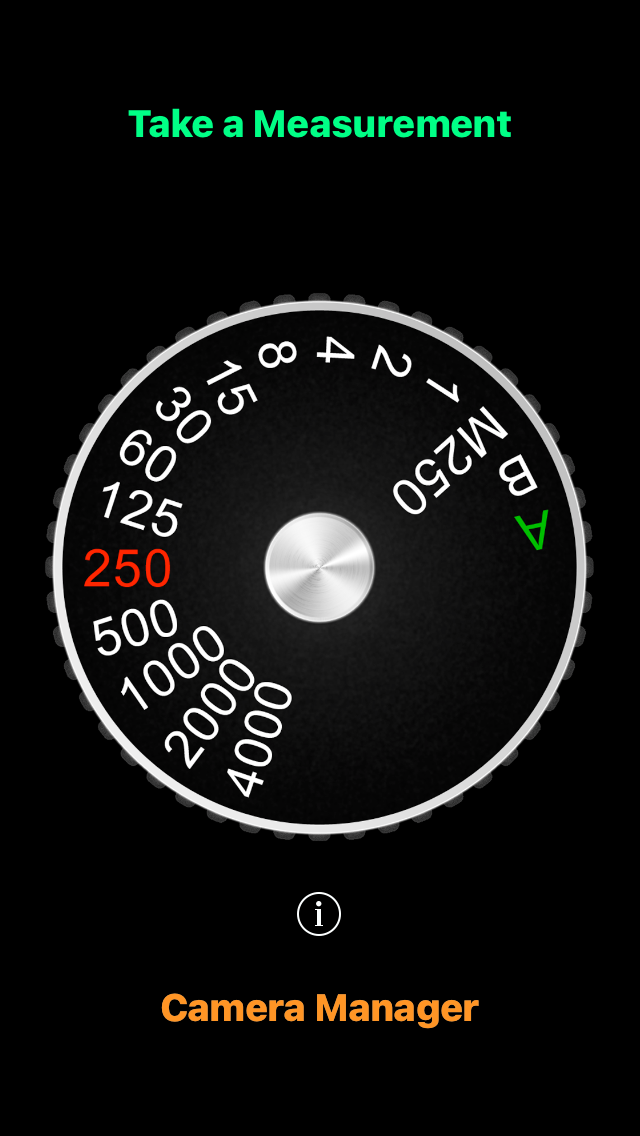 Of course, we can ignore this error and just meter the time between getting light to the light sensor and losing that light. It almost exactly represents the time it takes to open the frame at long speeds. Let’s determine the phrase long time speeds as a set of speeds longer than sync speed of the shutter. So, long time speeds are the speeds with delay between full opening of first curtain and starting of move of second curtain.

The diagram on Picture 1 shows the quantity of light reaching the film while the shutter works on long time speed. The diagram shows the period of the opening frame (it’s uneven, because the curtain has inertia and travels with changing speed), the period of delay and the period second curtain closes the frame. What does the shutter tester meter in this case?  The time between two events – the opening and closing in the dot of the light sensor. What does the metered time show? An almost accurate time of the shuttering opening with potential error for uneven travelling of the curtains. But we can overlook this error because time of delay is longer than the time curtains move. Nice result! It’s working! 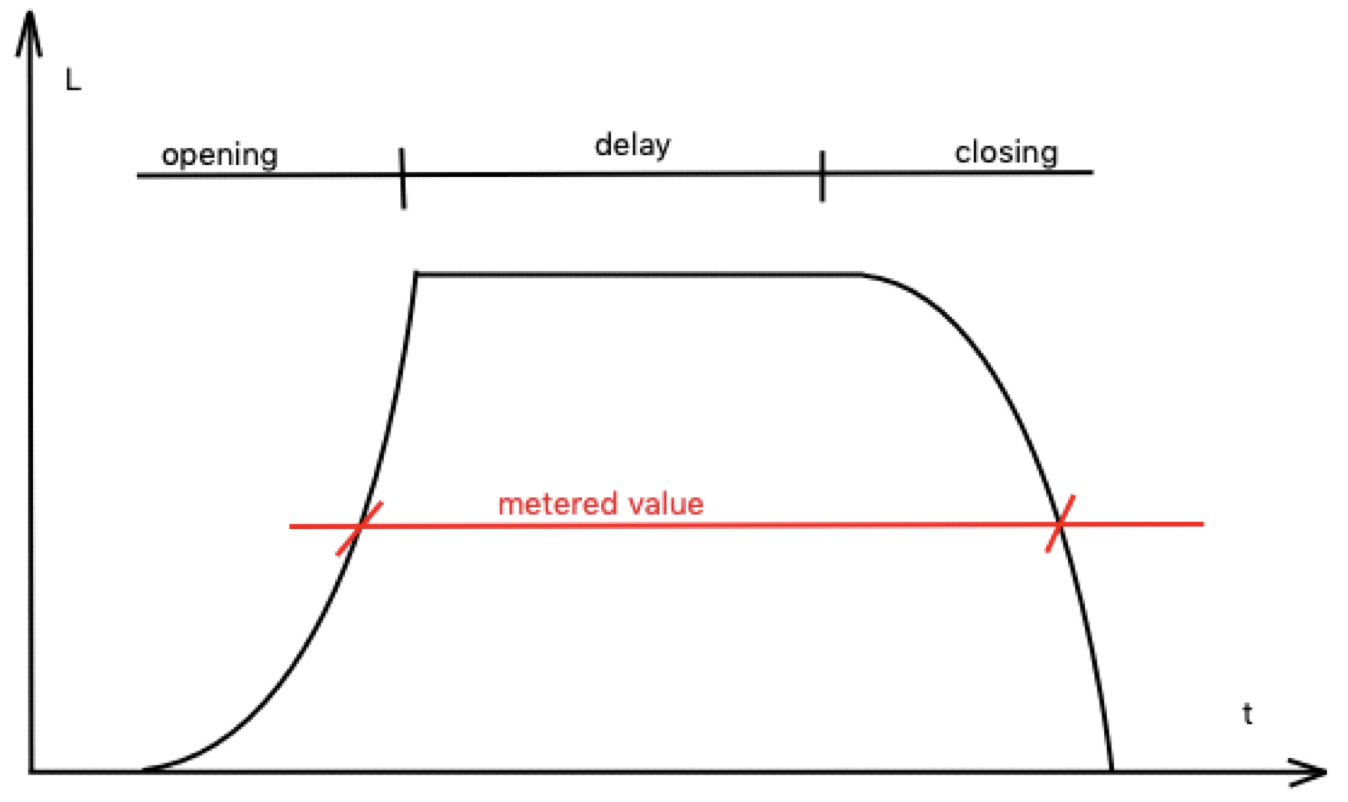 In shutters with independent curtains, there is the possibility of changing of the width of the gap between curtains while they are in motion. And the speed of motion changes too. In shutters with a hard gap the width of the gap is constant, but the speed of motion may vary.  So, time metered by a shutter tester may be different, depending on placement of the light sensor inside the frame. The diagram of the light is shown on Picture 2. All the same, as in the previous case, there is not any period of delay. 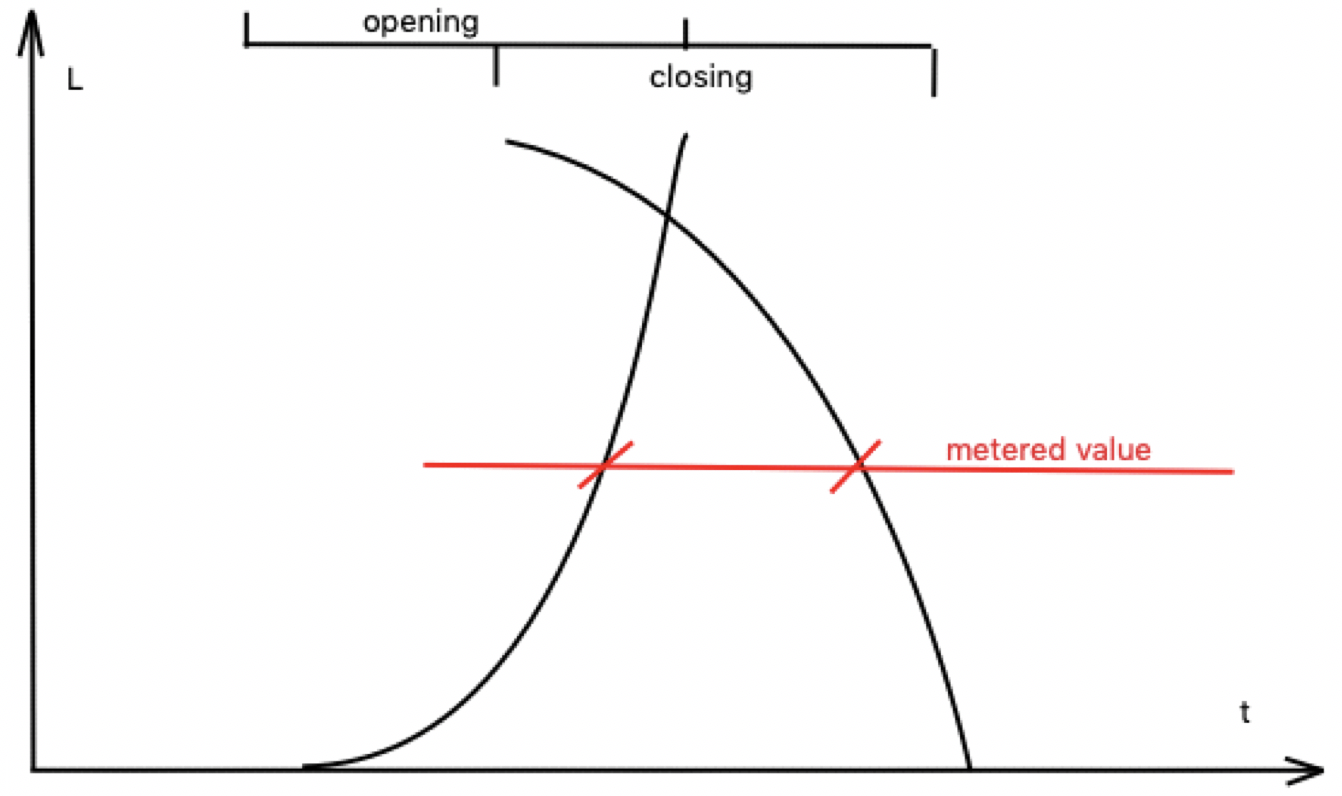 It would seem that with reasonable accuracy of metering we can neglect changing the width of the gap and its unstable speed. But while we try to meter short time we are have another problem: sensitivity of the light sensor and levels of switching between light and no light.

Let’s see the characteristic of sensitivity of some theoretical light sensor in Picture 3. Unfortunately, we don’t have any ideal sensor with ideal characteristics. In real life, sensors have a curve of dependence of resistance, for example, from light. For definition of the state “light” or “no light” we must choose a point, which is considered the border between light and darkness. Usually, developers select a point on the most inclined part of curve for more accuracy in working with the device. But developers may select any point of division light-dark for any reason of their own.

The real switch of the sensor from light to dark comes not at the actual time of the curtain moving against the sensor, but at time when the actual light stream is reduced to what the sensor believes is dark, and sensor may have some inertia too. Also, the point of switching from light to dark is not the same as the point of switch from dark to light. So, sensors have their own characteristics that affect metering.

In this case we can reach an important conclusion: the shorter metered time, the more influence physical features of the device has on accuracy. In other words, the shorter the time measured, the more likely there will be an error in the metering. 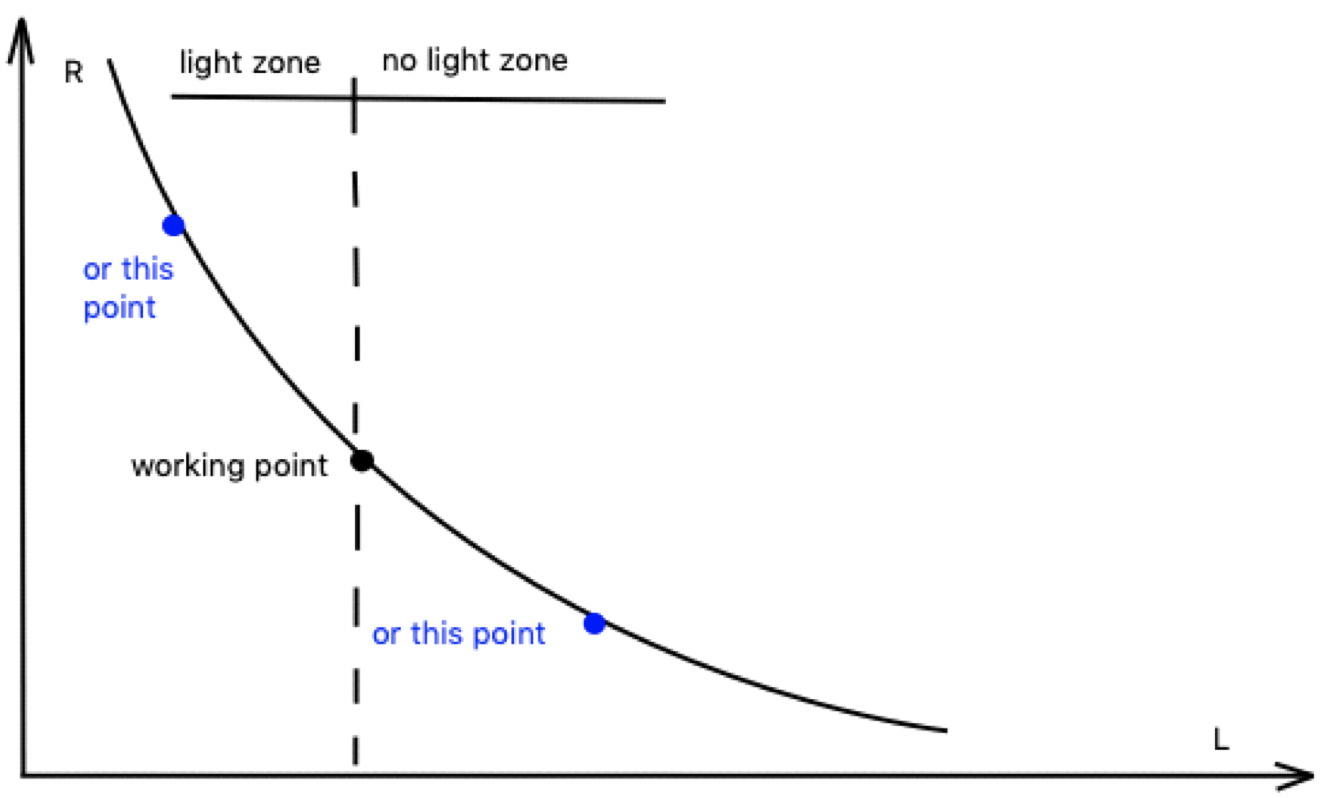 And now let’s consider the leaf shutter. Just like shutter curtains, we will view two cases: long time and short time shutter speeds. Important note, the shortest speed for a leaf shutter is its sync speed.  we’ll consider long time speeds like all speeds, except the fastest one. (In some shutters like the Compur-Rapid, the fastest speed setting uses an additional load spring, so for this shutter the short time speeds are the two shortest speeds). In other words: the long time speed is the when the shutter speed governor is employed. 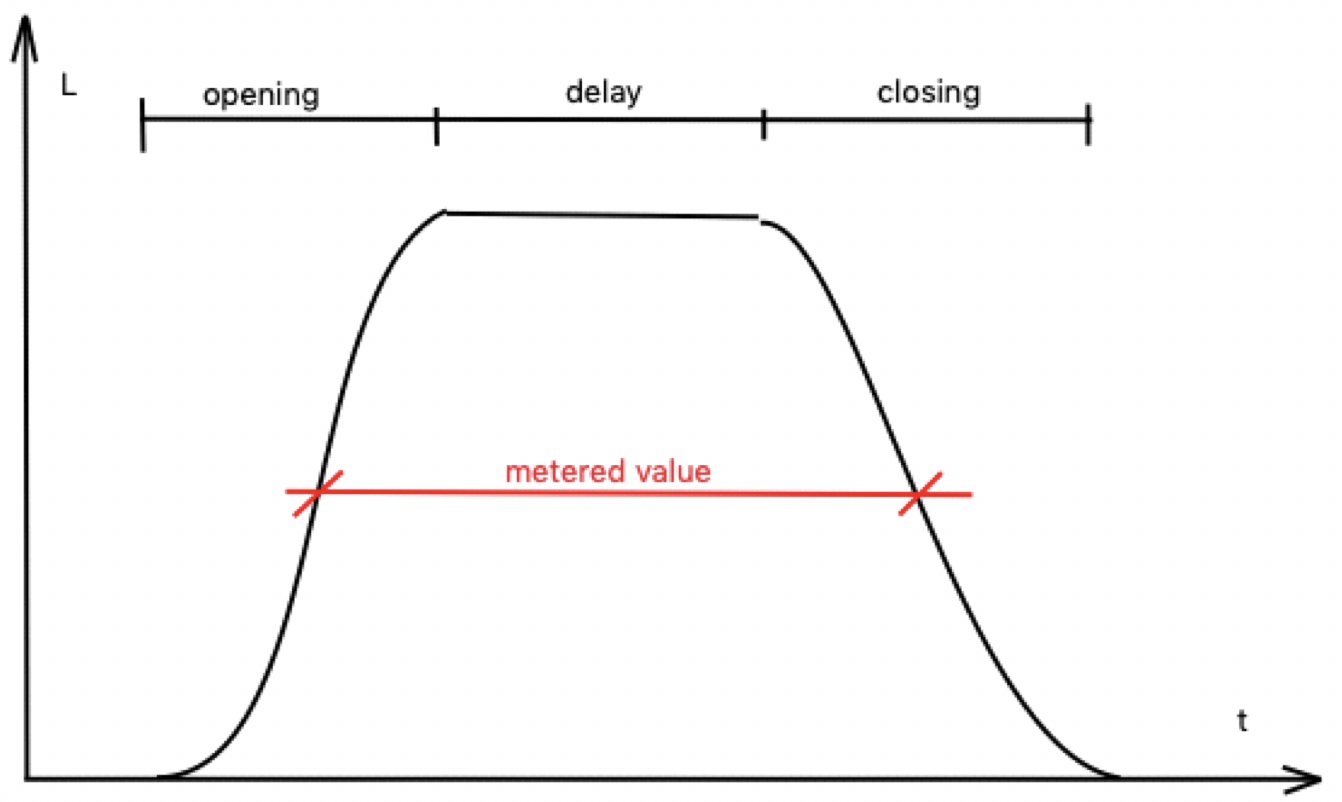 Picture 4. Diagram of light for long time speed of a leaf shutter

In a leaf shutter, a big role is played by the inertia of the leaves. Leaves from the closed position start moving, then accelerate, then stop and begin moving back. That’s why for a lot of time when the shutter is open, the light stream is partially blocked by the leaves.

In case of long time speed: leaves open – pause – leaves close. See the diagram of light shown on Picture 4. The longer the time, the longer the delay between opening and closing. If the sensor characteristics do not take this into account, we are likely to meter the shutter speed with some error. The size of the error depends on the metering device and not the shutter. But with reducing time of delay part of error in result is rise. Shorter time – less accuracy of meter.

And finally the case of the shortest speed. Leaves open – leaves close. No delay. Shutter did not stay in the fully opened position. And in this case the result of metering is not dependent on the shutter!  The result is dependent on device characteristics only! In Picture 5 I show three possible levels of the switching sensor: L1, L2, L3. Using those levels we can get three values of the metered time t1, t2, t3. And all the values will be correct. But they will reflect not the shutter speed, but the internal setting of the metering device. 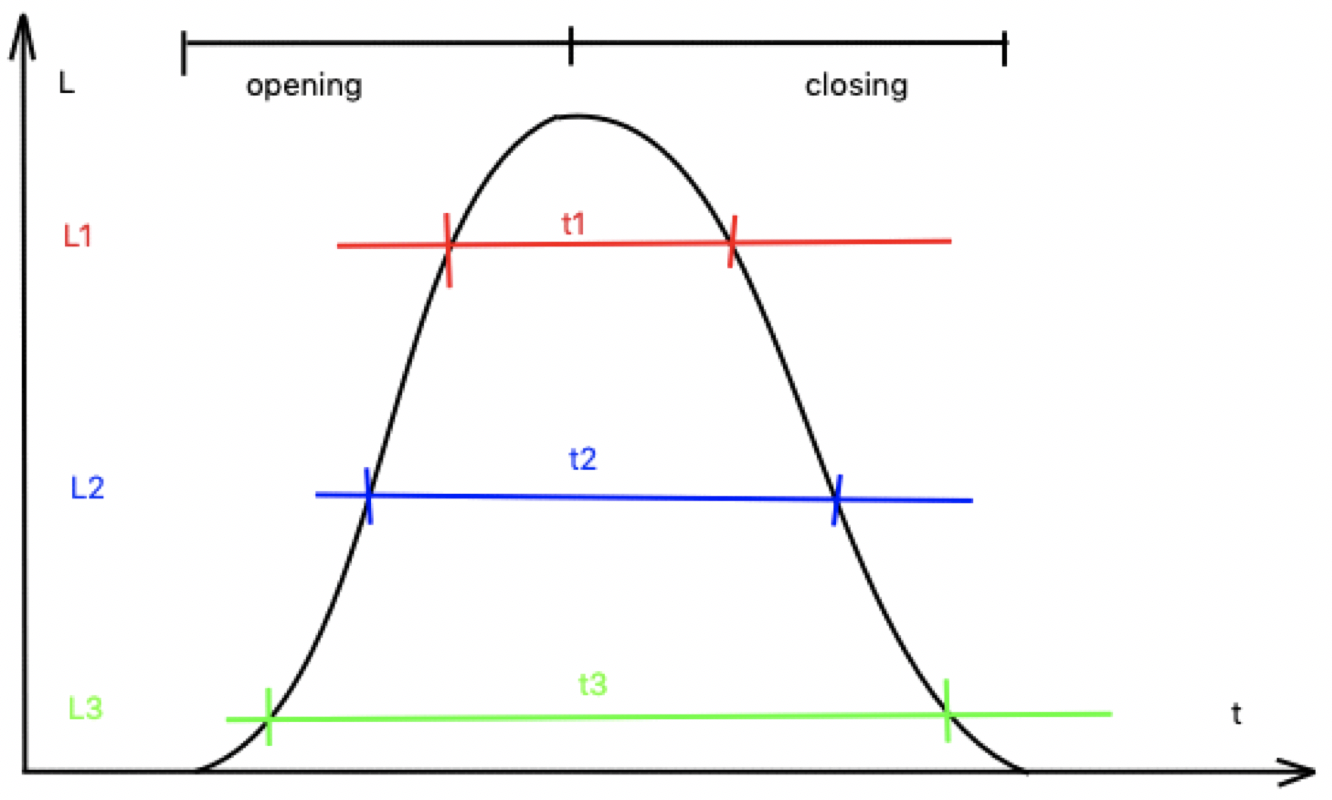 And now some final conclusions:

And lastly: I do not say that meters are useless. No, shutter testers are very useful devices if you understand the principles of how they work and use a correct method of metering. It is very important to use a proper light source. All metered values, if you compare those values, should be taken with the same light source. That way, you’ll be able to check the ratio of metered values to each other.

But please understand, metered values are not absolute and may be different from reality. Different meters may show different results on the same camera at short speeds. It does not mean the device is working incorrectly, it means different meters use different internal settings for light levels. On long speeds, all meters show almost the same results.

So, use a meter for checking your camera, but do not try to get special digits on device display. Final checking of camera is best done with the best light sensor – film!