My name is Katharine Kollman, and I’m a film photographer and avid freediver based out of Honolulu, Hawaii. When you spend enough time in the ocean, it will usually deliver you some really wonderful experiences – as it did on this particular day.

Early in the morning, I drove over to the west side of the island with some good friends to hop in at a spot where visibility tends to be more reliable. We were swimming a while before noticing the fins in the distance that indicated a pod of dolphins was in the area, and watched as they made wide circles near the shoreline. 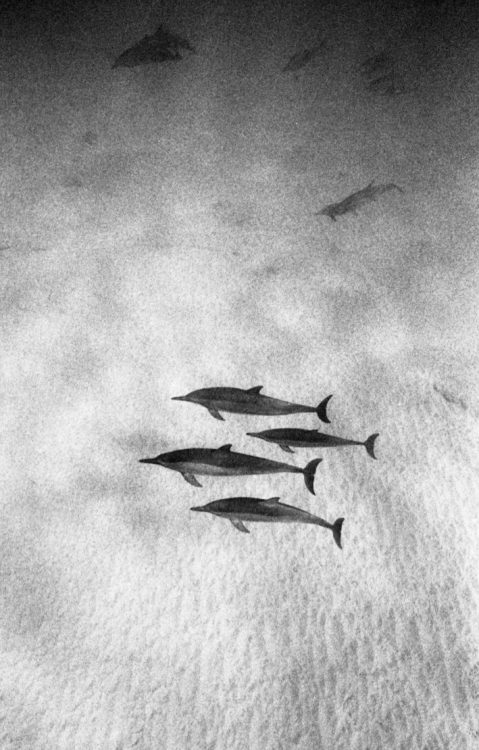 We positioned ourselves so they might pass us, and the pod turned out to be even bigger than we thought. As playful creatures, they carry this sense of heightened, excited energy, and it’s hard not to get caught up in the adrenaline rush of such a close interaction.

They didn’t pay too much attention to us, but passed by twice, giving me the chance to take a few shots.

It can be a little hectic trying to swim, dive, compose, and meter your shot at the same time, all while holding your breath – but that’s what makes it so fun, and what makes each successful shot so special. Whereas my digital friends are able to snap a hundred shots and cull them later in editing, shooting the Nikonos requires a certain self-control.

I took a total of six photos during this encounter, and I specifically remember taking each of them. It would be easy to blow the whole roll during this 15-minute interaction, but the thing about diving is you really never know what you might encounter – and it’s always nice to have at least one exposure left for those moments.

I am so grateful for (and sometimes, frustrated by) this camera and the patience it requires of me. 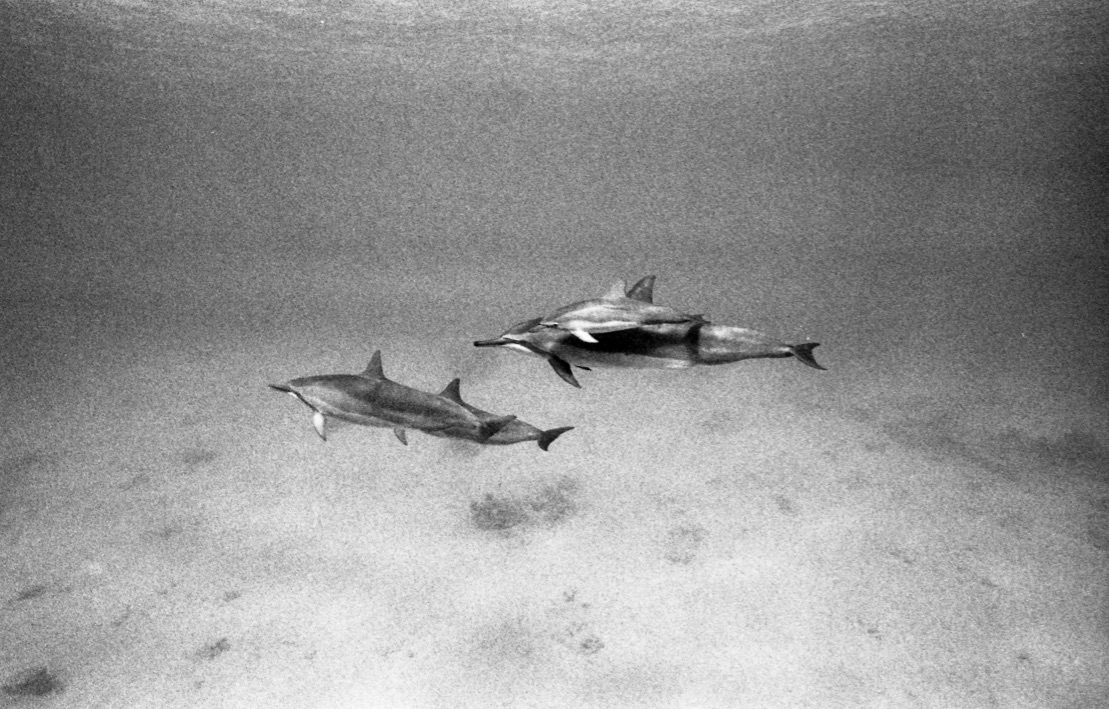