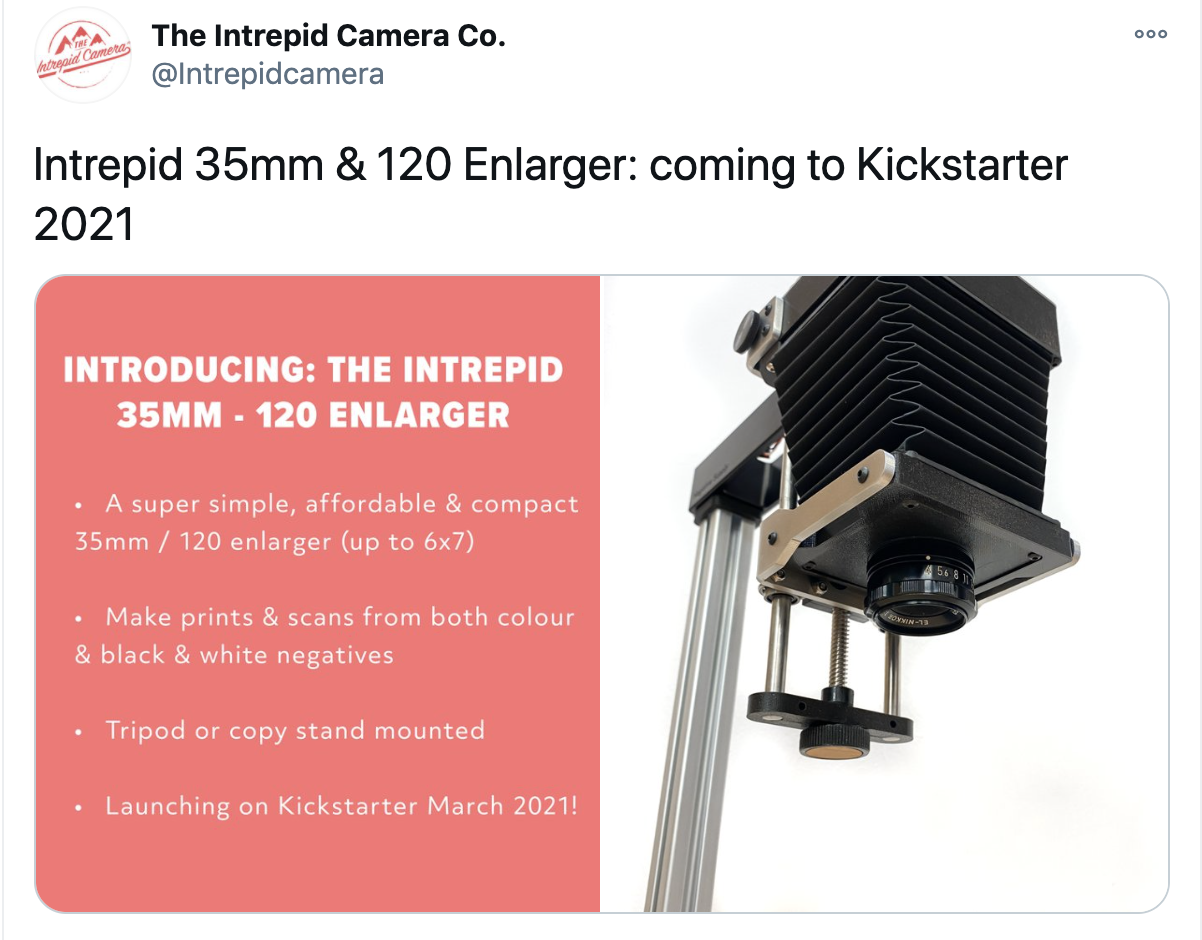 British large format camera producer Intrepid has teased the release of a 35mm/120 enlarger to be launched on Kickstarter in March.

The teaser was unveiled on Twitter on Monday (14 December).

The Twitter teaser says the new enlarger will be:

The new enlarger comes two years after Intrepid – based in the southern English city of Brighton – released a kit which turns any 4×5 camera into an enlarger.

The Kickstarter, launched in October 2018, reached 300% of its funding target in 24 hours.

That kit is currently available from the Intrepid store for £180.

The enlarger kit joins Intrepid’s stable of 4×5, 5×7 and 8×10 cameras and other camera accessories such as film holders.

The last, the 5×7 camera, was released in July this year.

Kosmo Foto hopes to get more details on Intrepid’s latest launch in the coming weeks.