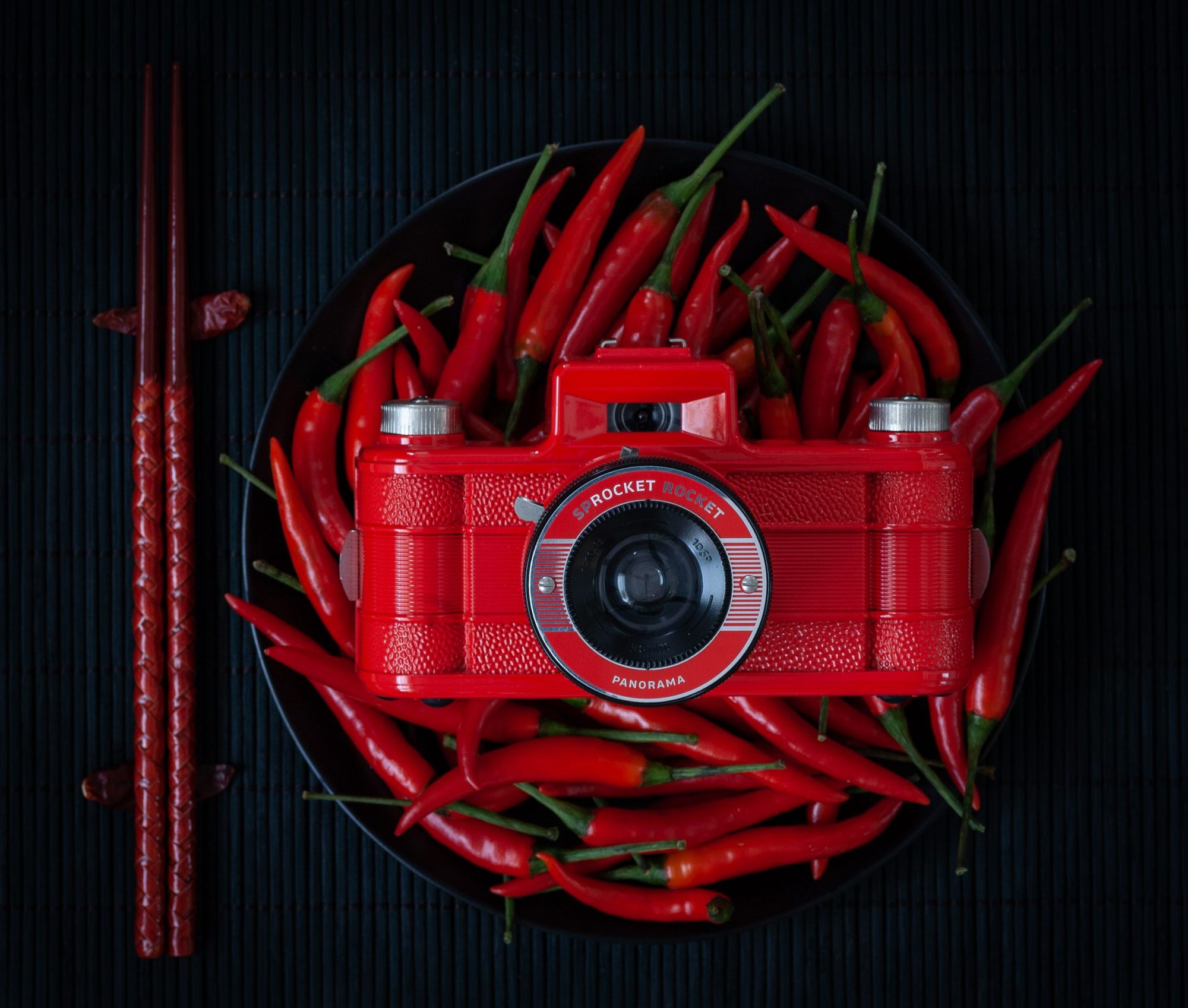 I may be in the minority, but I don’t like to hear the expression “toy camera.” The word toy brings connotations to mind of a child’s plaything, something to keep young minds occupied while adults are doing more important stuff. The LOMOgraphy Sprocket Rocket has definitely been placed amongst the ranks of the toy cameras, but that’s not to say it’s not an extremely capable snapper in its own right.

I’ve always been interested in the look of shots produced by the Hasselblad Xpan, but not interested enough in forking out a king’s ransom to buy one. The Sprocket Rocket is one very affordable way to get into analogue panoramics, so with red devil in hand and grin on face I took mine to the Great Wall and surrounding areas of Beijing on a working holiday for the first couple of test rolls.

The specs are as simple as a four-piece jigsaw puzzle; fixed shutter of (around) 1/100 plus bulb if you’re feeling brave, 106-degree field of view through a plastic 30mm-focal-length lens. Two settings to focus from 0.6 metres (2ft) onwards, and two apertures to choose from, f10.8 and f16. The film advance and rewind are just two rolling knobs you can mess about with, and the independent shutter means you can produce as many multiple exposures as your heart desires.

This year I’ve really enjoyed shooting with simple cameras, and it doesn’t really come too much simpler than this. The manual inside the box says that 400-ISO film is recommended, but October in Beijing was still super sunny and bright, so I unclipped the back and loaded the beast with some Fujicolor C200.

The back door feels much more trustworthy than say the Holga 120 plastic fancraptic, which delights in flinging open its back plate in seemingly the most inopportune moments. I didn’t feel the need to tape up any of the rocket as I would my Holga, and when the shots came back there were no light leeks or other such “artistic surprises” present.

When you peer through the viewfinder of the rocket it makes everything look about 10 miles away, but it’s good enough for loosely framing your shot. The centre of the image is nicely sharp and the edges fall off pretty drastically, but hey, it’s the LOMO look. You want Xpan quality, you pay Xpan prices. The overall design of the plastic lump sure isn’t going to win any awards for originality, it’s a blatant rip-off of the gorgeous bakelite-bodied Mar-Crest camera from the late 1930’s.

They come in a variety of (mostly tasteless) colours and black, but my choice was firetruck red. After a week of use I was busting to the get the photos back, and the rocket absolutely didn’t disappoint in any way. Fuji C200 has bright, vivid colours, as does the second roll I shot of Kodak Ultramax 400, and none of the shots were either over or underexposed. 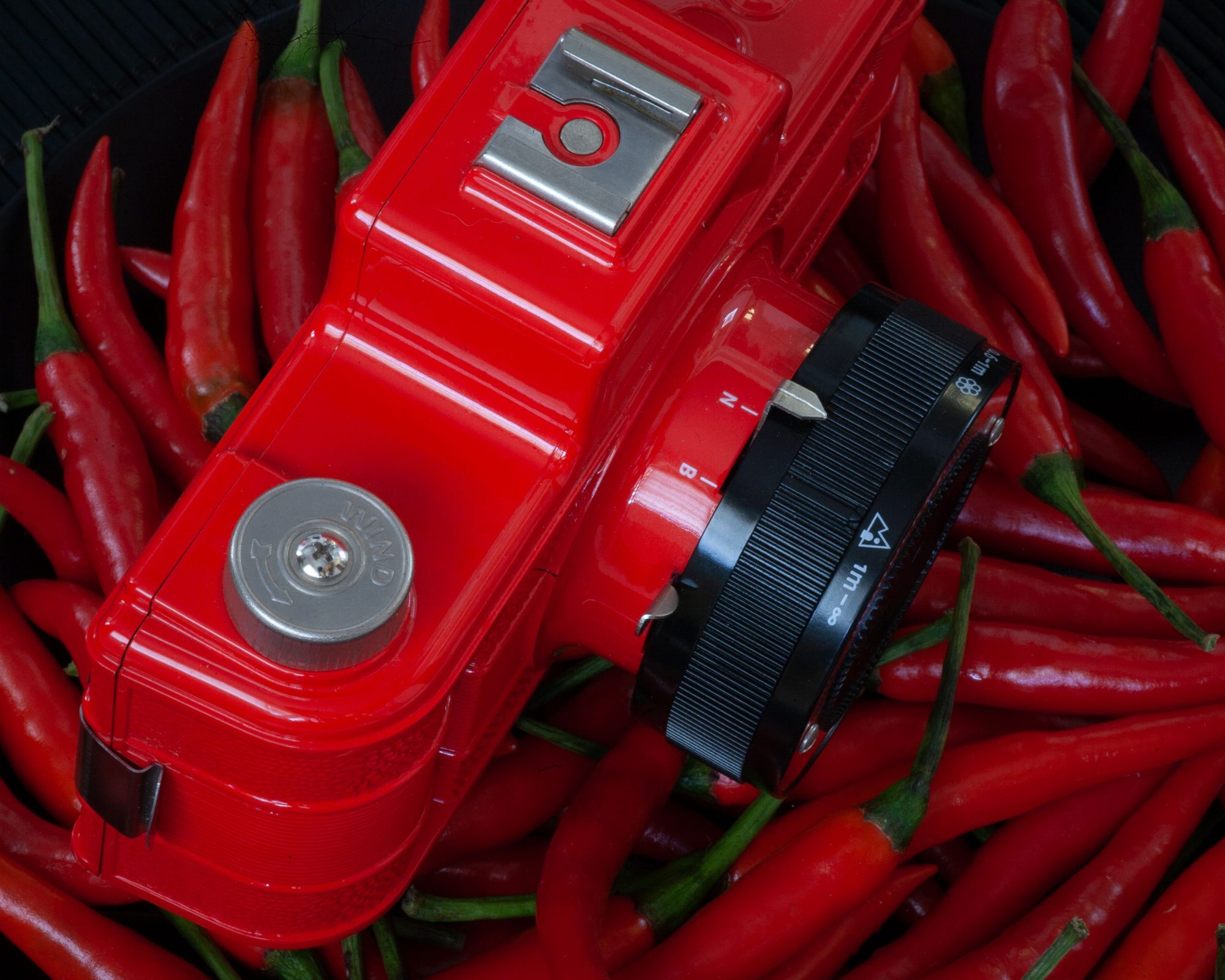 The Sprocket Rocket was a true pleasure to use, the only setting I occasionally changed was the aperture, and the feeling of not having to adjust further exposure parameters was certainly liberating. The only real downside to me was the cost of getting the film developed, which was three times more than I usually pay for a 36-shot roll. And with the Rocket taking double sized frame photos, you only get 18 shots back from a 36 shot roll of film.

Before I got mine, I read on the interweb that someone commented “they’re fun, but you wouldn’t want it as your only camera,” yet I beg to differ. Instead of lugging round a heavy body and a bag full of lenses and accessories, I found just strollling the countryside with this lightweight piece of plastic an absolute joy.

For some they are considered a bit of a novelty, but mine will absolutely be accompanying me on further adventures. Yeah it’s a one trick pony, but as long as you like the trick you’ll thoroughly enjoy shooting the Sprocket Rocket.