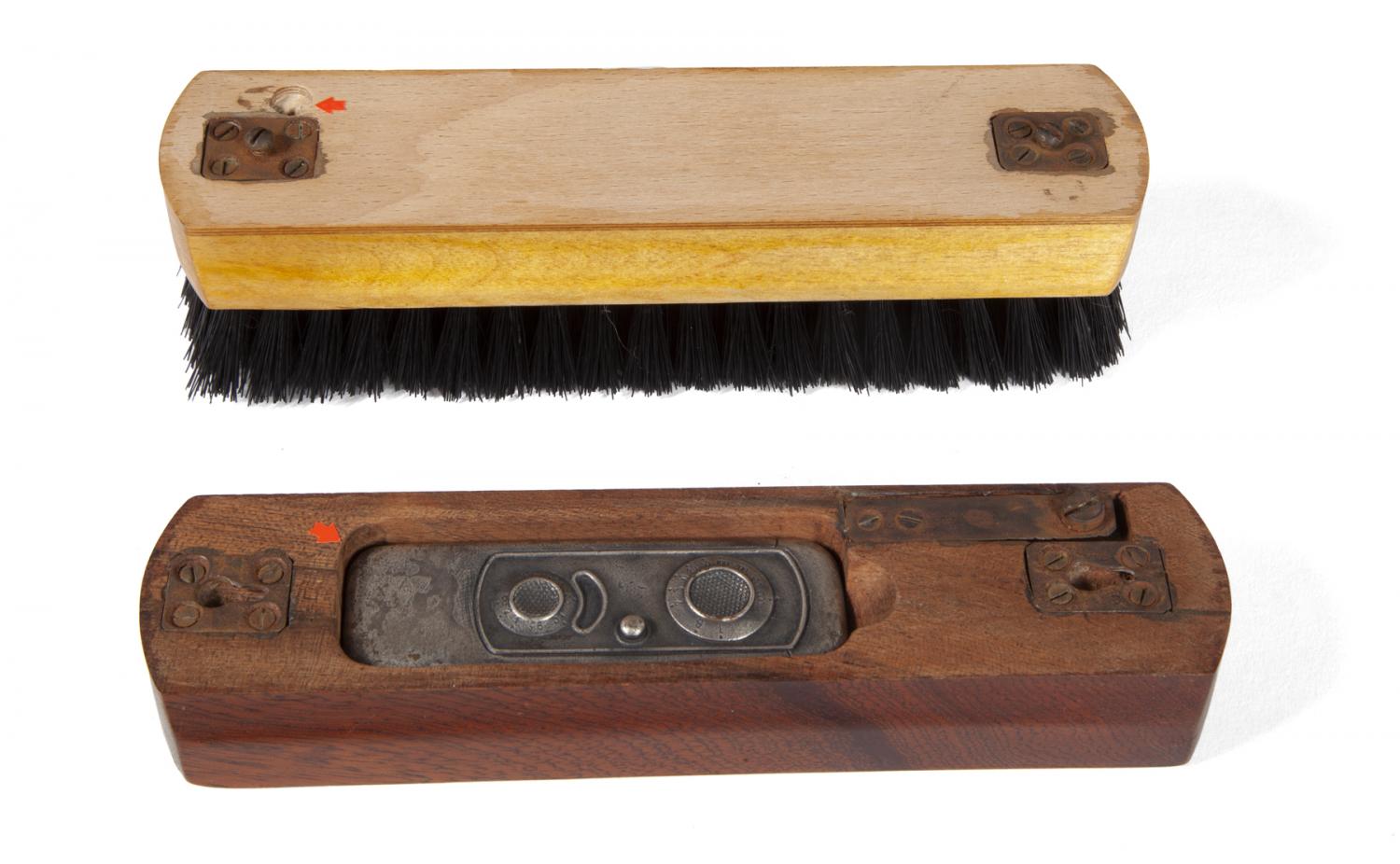 An array of Soviet spy cameras – including ones hidden in everyday objects such as shoe brushes, umbrellas and handbags – is selling at auction next month.

The cameras, possibly the most comprehensive collection of them in the entire world, were once part of the collection of the KGB Espionage Museum in New York, which was set up by Julius Urbaitas in early 2019. The museum was forced to close last year due to the coronavirus pandemic’s effect on tourist numbers.

The collection will be auctioned by Julien’s Auctions in Los Angeles on 13 February as part of their Cold War Relics Auction.

The highlights of the sale include a shoebrush camera, which the sale describes as having “a secret compartment designed for concealing a Minox Riga Brand miniature Camera. The secret compartment could be revealed using a safety pin inserted into a small hole.” The camera is estimated to sell for between $400 and $600 (£300-£450)

The lots also include a number of bags containing hidden cameras, including this one nicknamed ‘The Fly’. The emblem opens up, allowing a FED rangefinder concealed within to take a picture. This bag is expected to sell for between $2,000 and $3,000 (£1,500 and £2,250).

A KGB briefcase containing a hidden Noch-K camera is also in the sale. The camera lens took pictures out of a flap on the side of the briefcase, and was designed to take clear photos in poor light.

There are also an array of ‘book cameras’, with the camera contained in a fake book body, like this one.

One of the most intriguing is this – a camera hidden inside a cassette player. The fake audio player not only had an Ajax F-21 camera hidden inside it, but also had a microphone and radio receiver so agents could listen to conversations picked up by a nearby bug, and record them onto cassette tape. 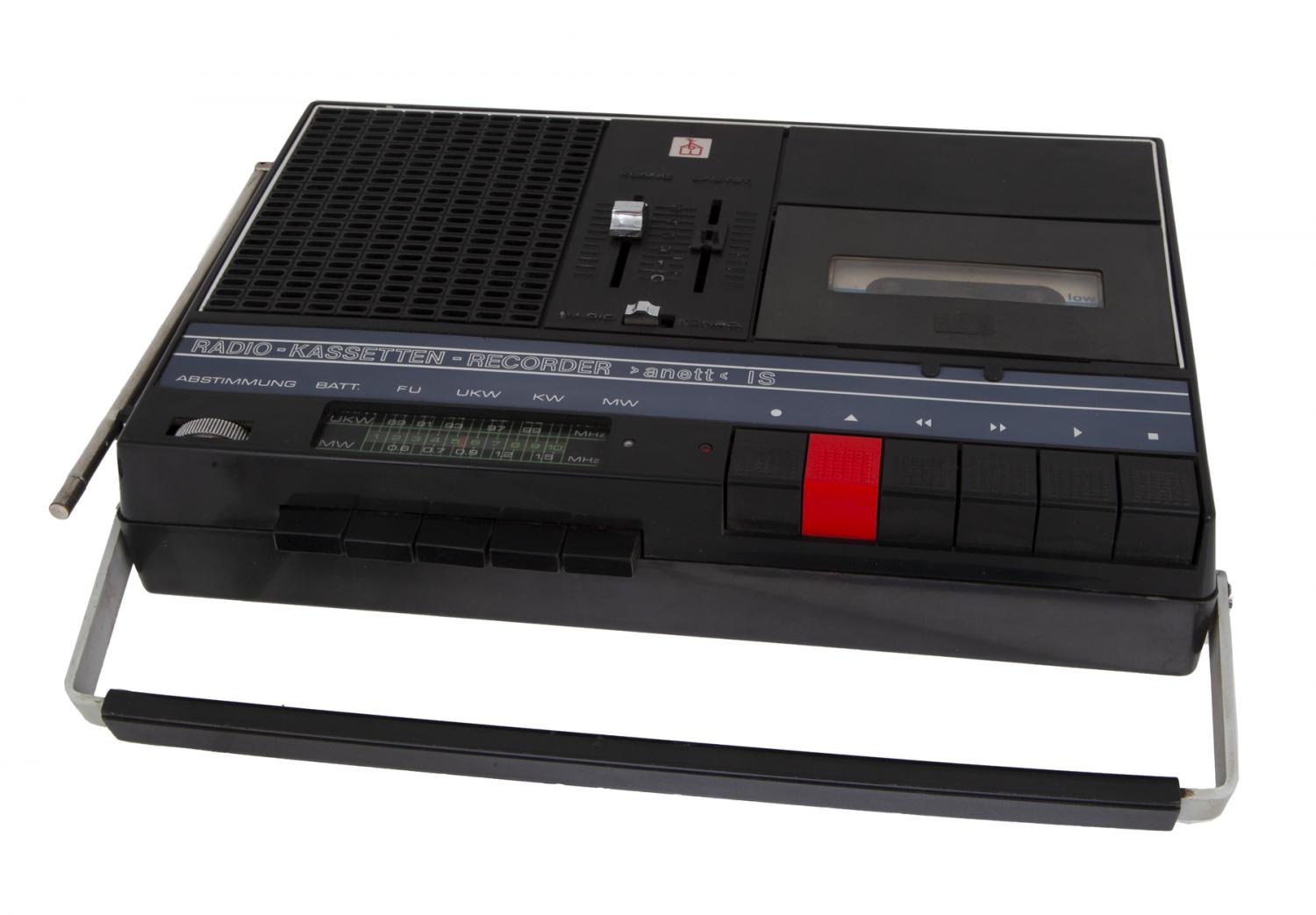 The sale includes several variations on the infamous F-21 camera which was easy to conceal thanks to its small size. One example of this is mounted in a Soviet FED rangefinder case, and mounted so that it shoots out the side of the case (similar to this design which Kosmo Foto has written about before).

Another is even more ingenious – a small stills camera shooting out of the side of a Soviet-made Quarz movie camera, perfect for take covert images of someone in a tourist hotspot.

Another is a reasonably common variation of a Zorki-6 rangefinder called the Zinnia. It was used when intelligence needed much clearer images that could be enlarged more than those taken on an F-21. The Zinnia lens sticks vertically out of the top of the camera. This makes the camera’s profile much slimmer and much easier to conceal in bags of heavy clothing.

However, some of the other cameras are much rarer. One lot – expected to fetch between $4,000 and $6,000 (£3,000 and £4,500) – is the Lenok ‘Through The Wall’ camera, complete with its original wooden case. The Lenok was designed to take photos from one room to another through a small hole drilled in the wall. 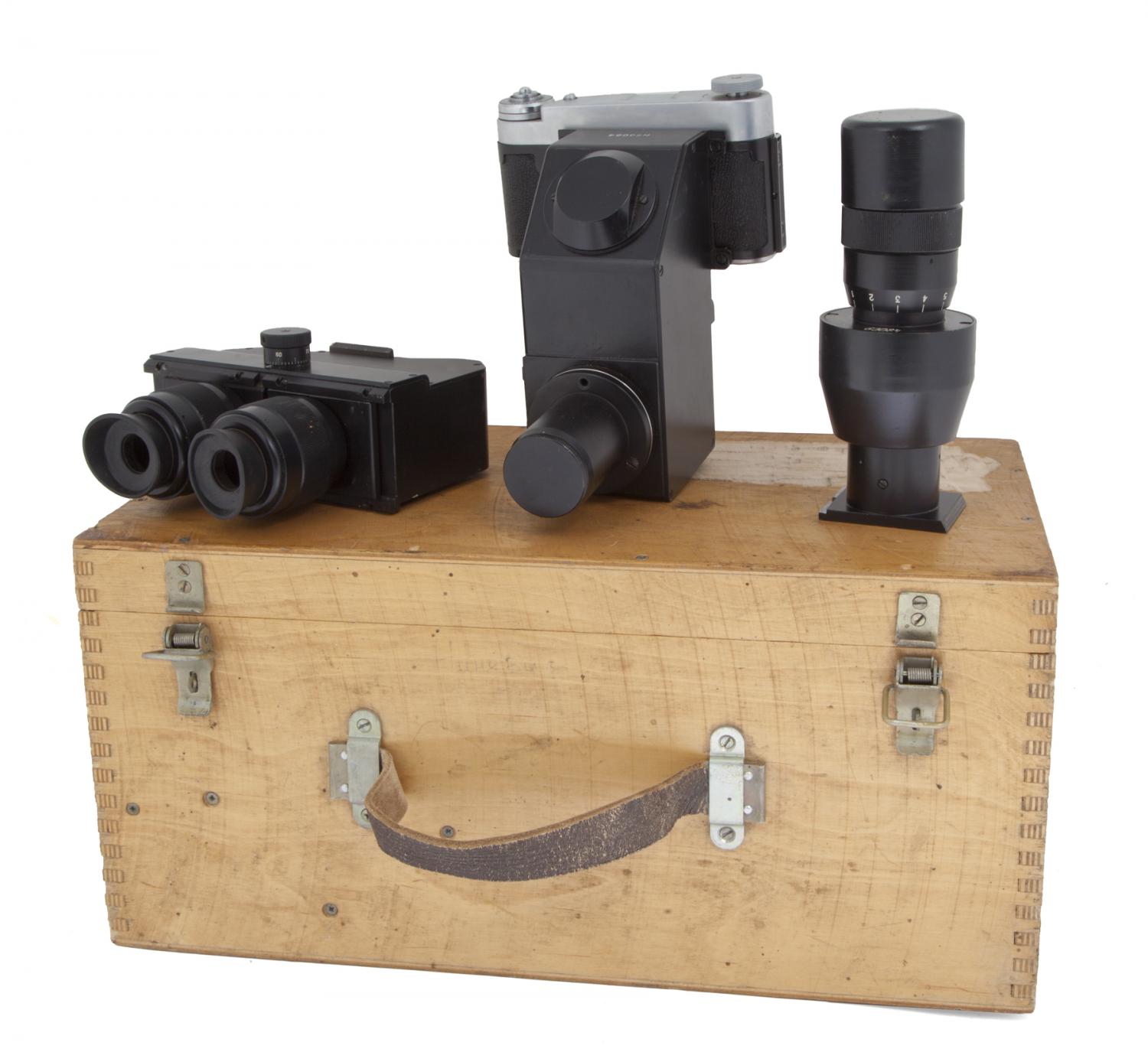 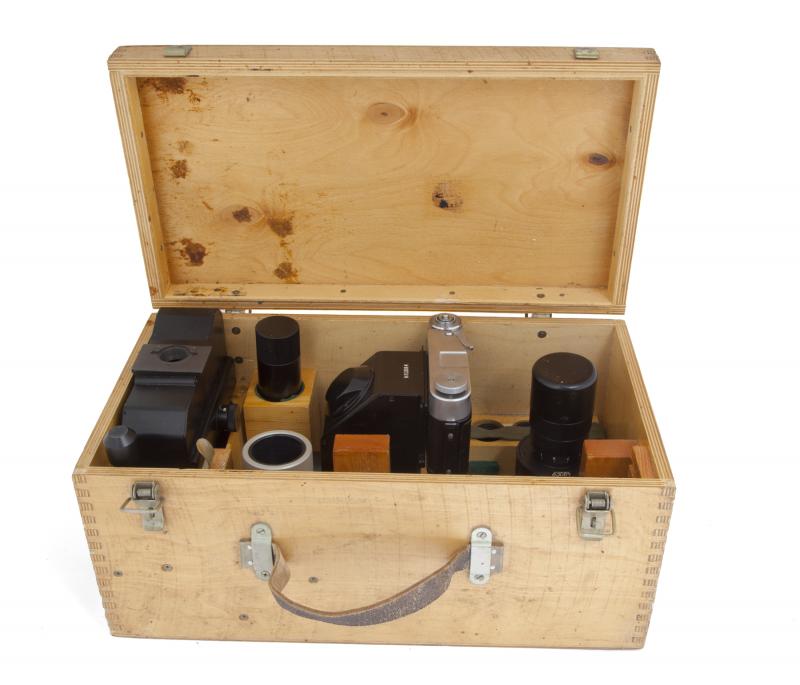 The lots detailed here are just the tip of the iceberg; also included are everything from Minox-style sub-miniature cameras designed to take microfiche images of documents, through to copying stands, film cutters, periscopes and “photo-sniper” set-ups.

The wider sales also includes many other notable items from the Cold War’s most secretive intelligence service, including ashtrays with hidden microphones and an array of Soviet desk phones.