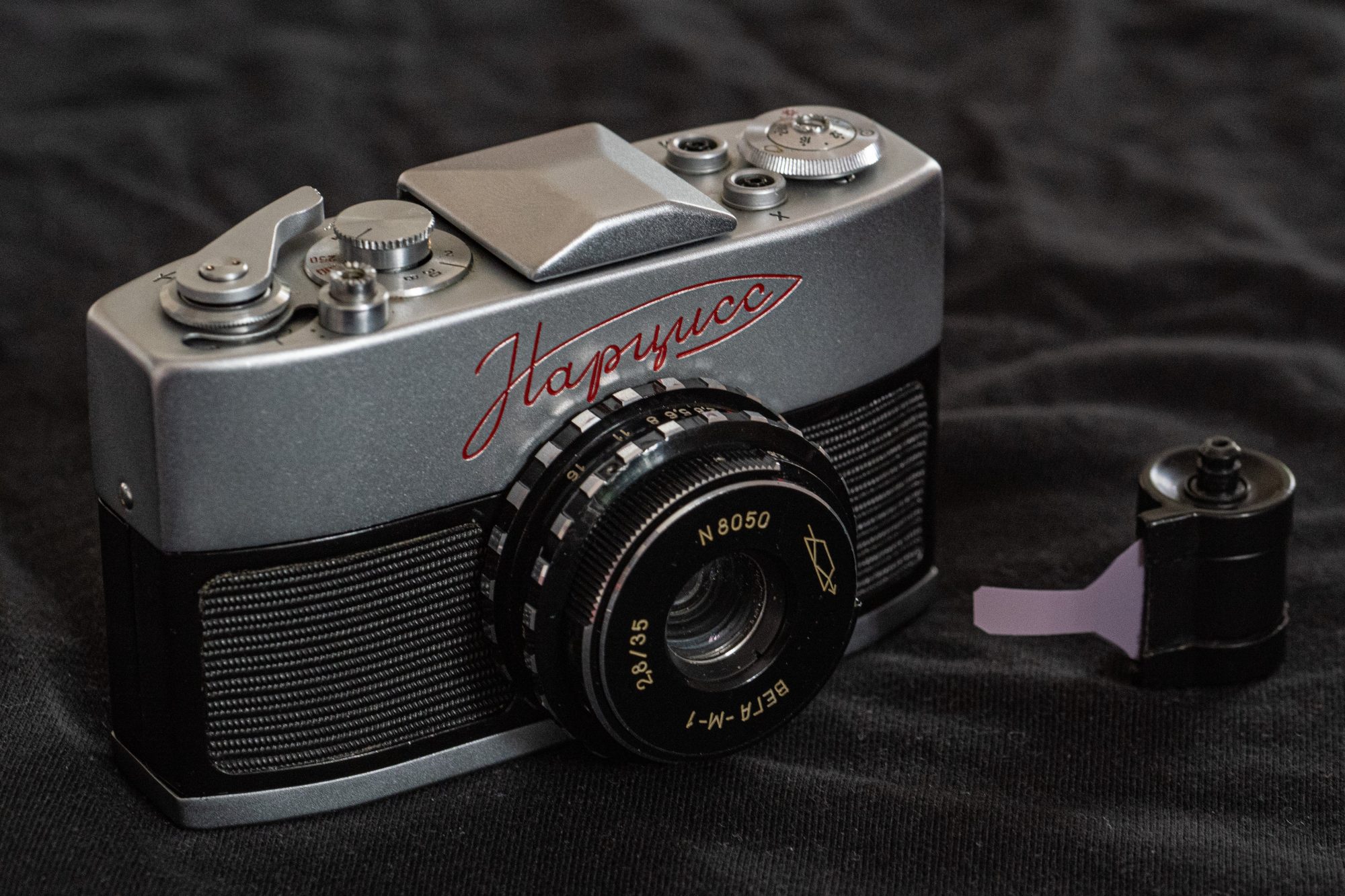 The Narciss was a camera with a big potential but with a short life. It was produced since 1961, the year when the first man went into space, and only 10,939 were made before production finished in 1965 (that’s the same year when The Beatles recorded ‘Help!’)

But unlike Yuri Gargarin and the Fab Four, the Narciss never became as popular as it deserved. Probably the smallest SLR camera ever (only the Pentax Auto 110 is smaller, but it doesn’t have manual shutter speeds), with interchangeable lens, a wide set of shutter speeds, and a removable pentaprism, the Narciss didn’t create huge demand from customers. Its high price (about twice more than a Zenit or Zorki), and small 16mm film format were part of the problem: additional lens and accessories were never made and the camera was left forgotten for everyone except the most passionate collectors. Indeed, why spend much more money for less photographic quality?!

And, of course, in those days photographers did not have a modern scanners, ultra-low-grain films and other helpful stuff we have now. So why not to give a Narciss a second chance now?

I had this camera since the 1990s, when I bought it in a commission shop, for a hundred bucks and it looked good and in a working condition, but I never tried it until now. Recently my friend brought me another Narciss camera which had a broken shutter for me to repair, and I had to get deeper into researching it. Here I want to say many thanks and appreciation to Oleg Khalyavin, a great master repairer, who was so kind enough  not just in giving me advice on what to do, but also great analysis as to why and how this camera works inside and where to find more information on it. So, thank you, Oleg!

When that camera was ready and worked again I decided to check mine, and found that it also required cleaning and adjusting, but this time I made it faster and better. And the more I learned about this camera the more I realised that I wanted to shoot with it.

On the web you can find some reviews of Narciss but very few photo samples. So that inspired me to shoot on it even more

First question was how and where to get the film. Of course, you still could buy it on eBay or buy a film splitter to cut it from 35 mm film, but it all takes money and time and I didn’t want to wait. Turned out that I can make a film, shoot with it and develop at home the same day, without any expenses and extra purchasing.

So the film splitting. Thanks to some old Soviet-era tricks I found in a photography magazine, you can make a splitter out of matchbox and razors. On my recent post I did a step-by-step on how to do it, together with photos and explanation video. You’ll find that after a little practice that it is really easy, and it takes about six minutes to create a roll of 16mm film. 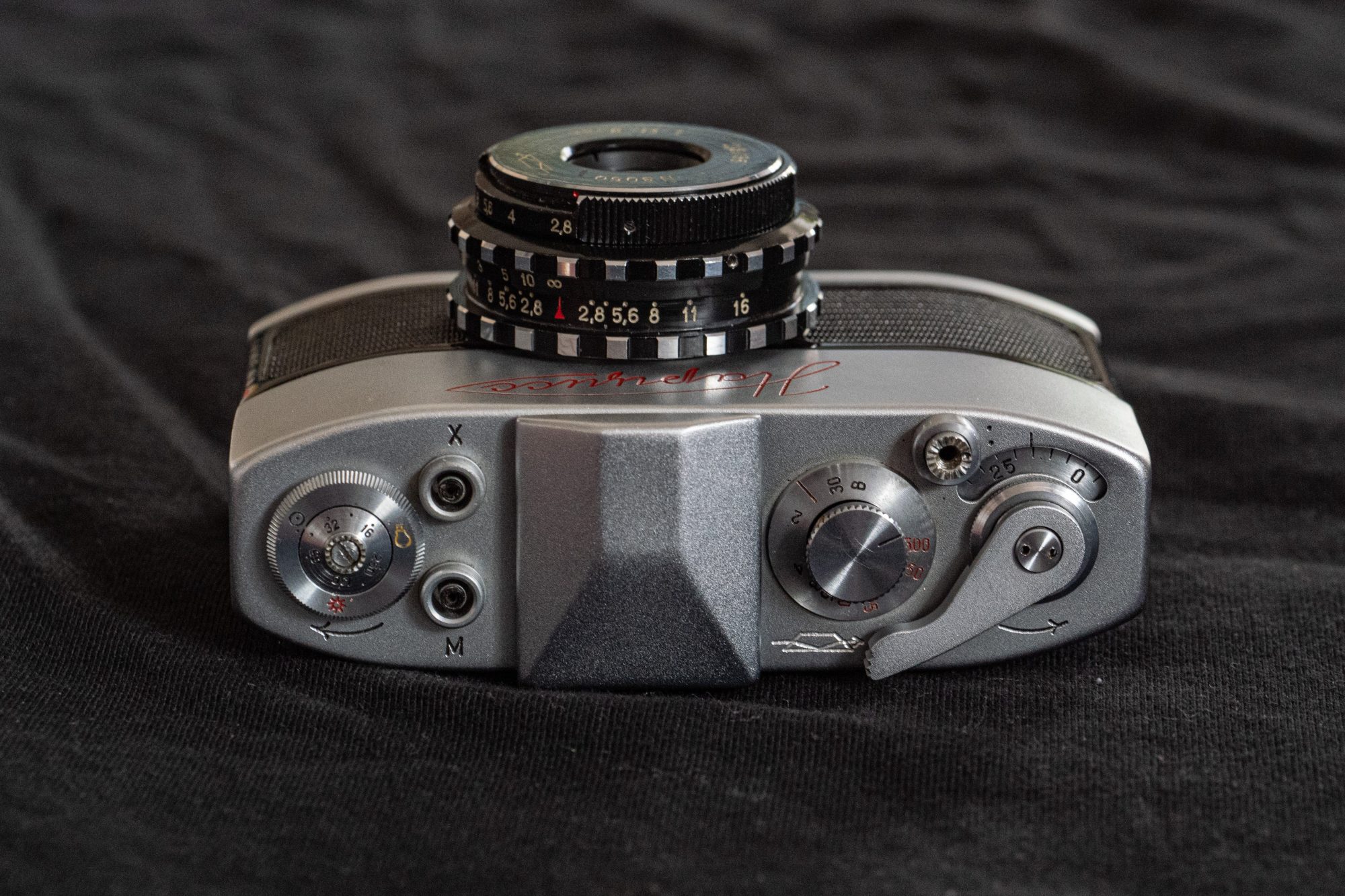 Second, I’d like to say something about developing. I don’t have a 16mm developing tank, but I have an old 120 format tank that use a celluloid strip to shape the film inside. So I used two paper clips to attach a 16mm film emulsive side up. Easy as that. And it worked as it should! Of course, you can also buy a dedicated 16mm developing tank on the internet for not much money, and your post service works probably faster than where I live in Kazakhstan.

Shooting on the Narciss was a joy. Honestly, I expected difficulties, especially regarding the small size and unperforated film format, but there weren’t any. You use the camera just like any SLR, with only difference that it fits in the palm of your hand. The shutter works smooth and pretty silent, and focusing is easy. The lens, a Vega M1 35/2.8, has a clickable aperture, and great optical quality. There is also an adapter for a regular M42 lens that turns this little camera into some kind of pocket telescope, but I don’t have it yet.

Some tech details and scanning. First of all here is advice: try to clean a cassette before you load a film in it, so as to avoiding any scratches on film, like the ones I found on mine, as the film is small and scratches definitely will became more visible on photos.

I shot on a Lucky SHD 100 black and white film, which I kind of like, but I have to admit it’s not the finest grain film in the world. And I also used outdated ST2 Soviet developer made in 1998. But even with this film and developer results surprised me. I digitised negatives with Olympus Pen F and Zuiko 60/2.8 macro lens on iso 200 and f11. I also used two Nikon SB910 speedlights in a shoebox as a light source. I developed raw files in Adobe Camera RAW and did not make any retouching just to show how dust and scratches come out on 16 mm film format. 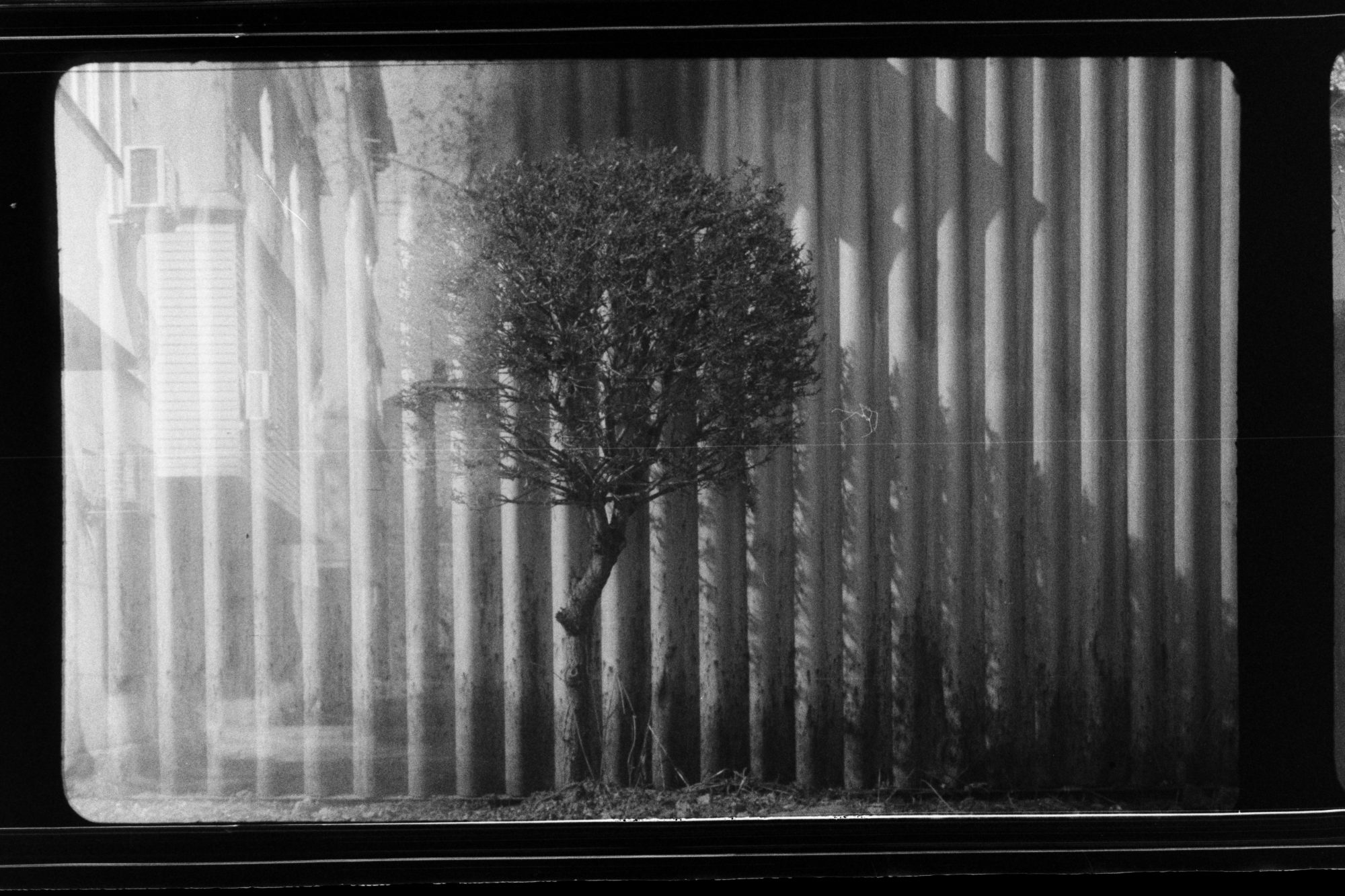 I can truly say that I was impressed with optic and overall quality of negatives! With size 14X21 mm, smaller even than half frame format, the camera and lens delivers plenty of details and perfect bokeh!

I honestly expected something LOMO-like style, but it looks exactly like it should be from an SLR camera. When I first heard about the Narciss, I did not quite understand why this camera had ever been created, but now, seeing the results, I understand what creators and engineers tried to make. And, seemingly they put their souls in it and created amazing example of mechanical and optical wonder of 20th Century. So, for now I’m happy with Narciss, knowing that this camera didn’t make any photos for more than 30-40 years and now rises from a dead. I’m going to split more 16mm film and shoot more on this magic camera. I hope you will enjoy my photos just as much as I did. 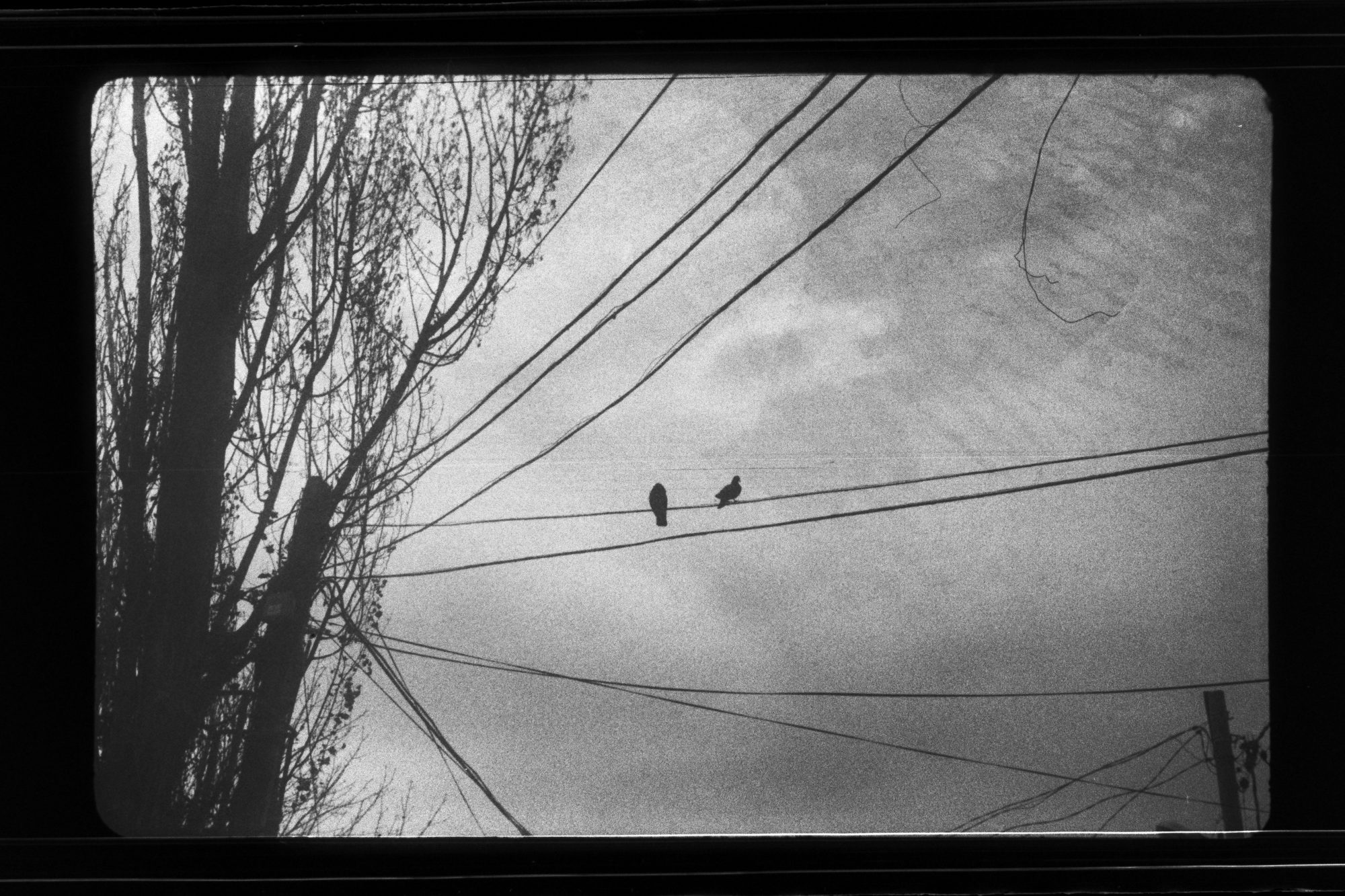 Andrey, fantastic results! I too had many of the same opinions as you, shooting the Narciss, I was surprised at how fun and easy it was to shoot. Like any other SLR, just smaller! Your results are consistent with mine as well, which is to say, SHARP! I used some ACS Datalink 16mm unperforated film that I hand spooled into the Narciss cassettes and was impressed with how well it came out. Not too contrasty, while still showing excellent shadow detail. Sadly, mine was a loaner though, but I would love to add one of these to my permanent collection… Read more »

Hi Mike! Happy to hear from you! I love pretty much you sure and your reviews! Thank you for sharing your results! Indeed, shooting 16 mm turned out a big fun, and Narciss, probably one of the best implementation of it! I found it so exiting so I made some more 16 mm films and going to shoot on it more! (Also I’m very pleased with your repost of the article about cutting film, I hope it will be useful for many photogs). Also I want to try Kiev Vega and some other cameras, but still, Narciss my fav! It… Read more »

One of my collector’s books has a picture of the Narciss in white, with the speculation that it was made for medical use!