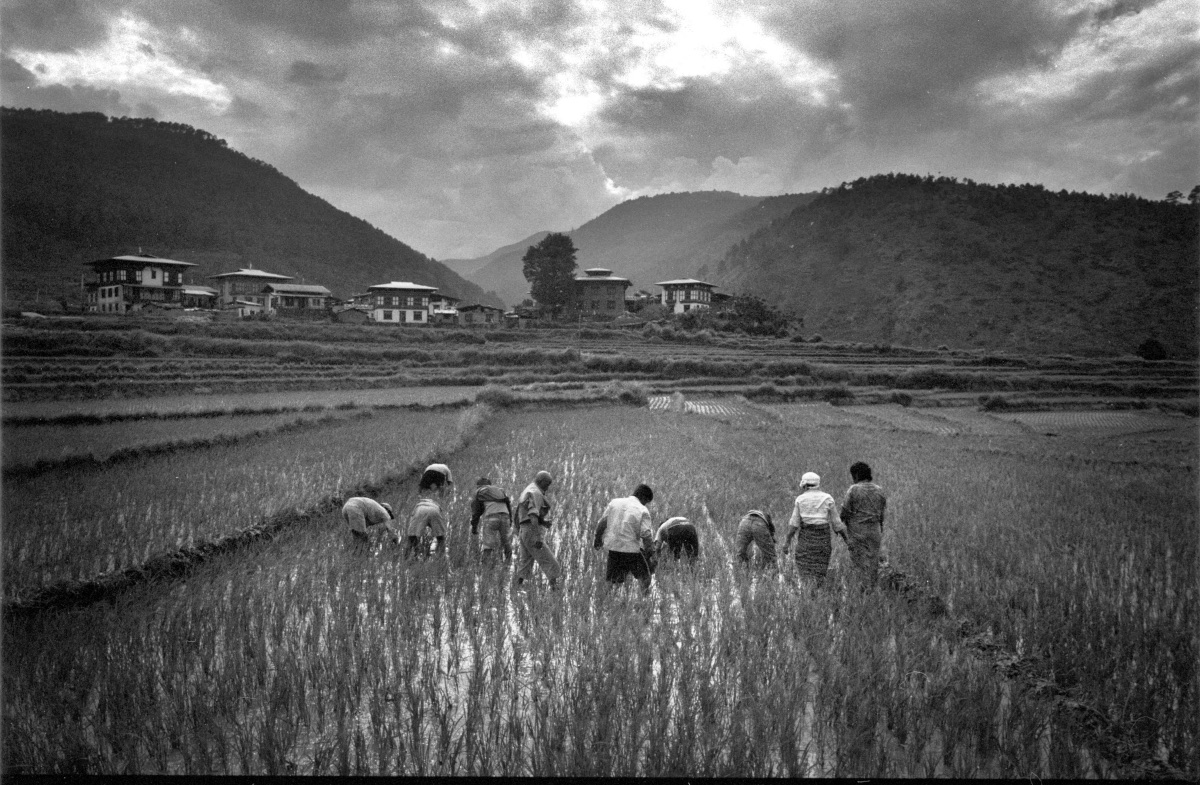 This is the 21st Century, but where I am now it could well be the 1700s. I am standing inside a dark hallway, watching a scene that has stayed essentially unchanged for ages. A hermit sits on a chair, muttering a Buddhist mantra with his eyes closed. One hand clutches a set of prayer beads, while the other rests within the folds of his tunic. A massive bronze prayer wheel spins slowly before him.

In the dim light I see murals on the walls. Guru Rinpoche, the saint who brought Vajrayana Buddhism to these slopes, looks down in all his eight incarnations. I raise my camera to capture this scene of quiet religiosity. Such scenes are common here in Bhutan.

As a professional travel writer and photographer, I’ve been extremely lucky to be able to visit this place often. Bhutan is unlike any country on earth. It is the last remaining Buddhist kingdom, an isolated outpost deep in the Himalayas.

On its streets, traditional Dzongkha architecture adorns buildings, and native dress remains en vogue. In fact, automobiles only appeared here in the 1960s. And it wasn’t until 1999 that television and the internet became available to its citizens.

My work is most often shot in digital format. However, I make it a point to bring my Voigtlander Bessa R and a few rolls of black and white film (mostly Kodak Tri-X, Efke or Luckypan) so I can shoot personal stuff on the side. 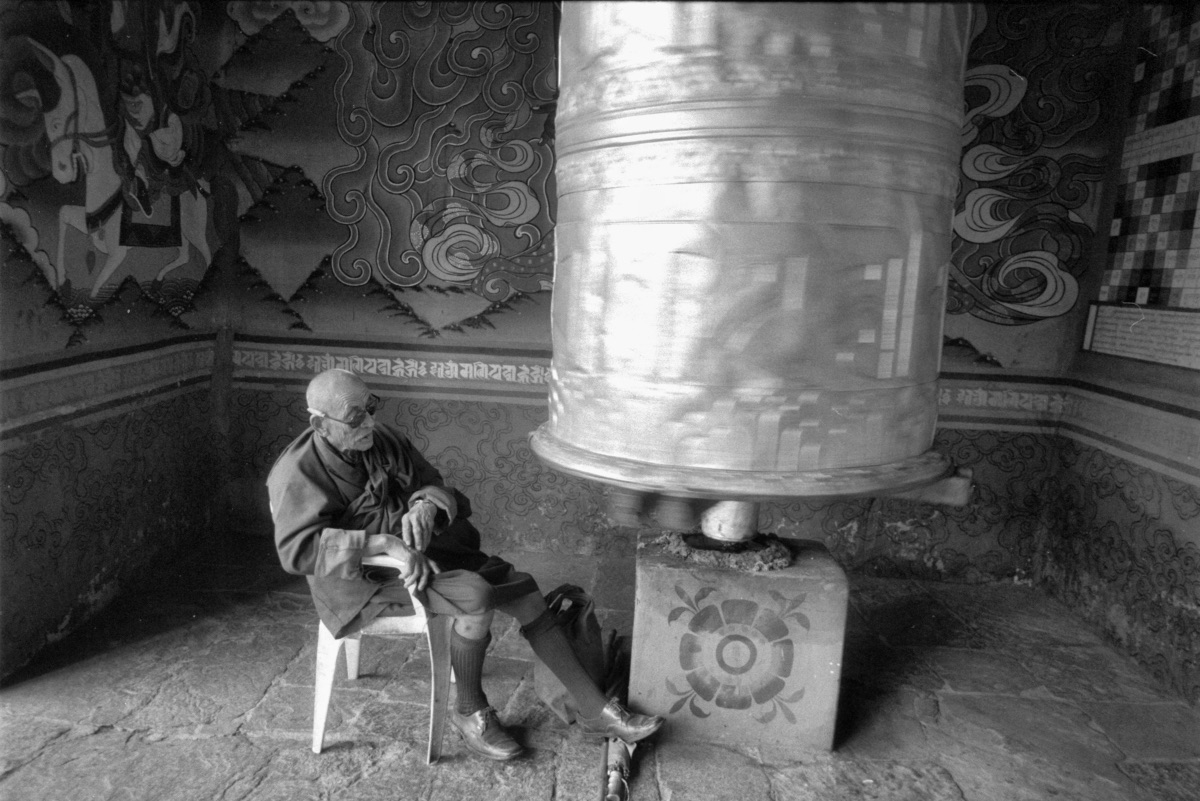 I bought this camera on a whim over a decade ago, and have since then taken it to some very interesting, far-off places. It still works perfectly despite the many nicks and scratches on its chassis. There’s also a large crack on the viewfinder window, which thankfully doesn’t affect the view. 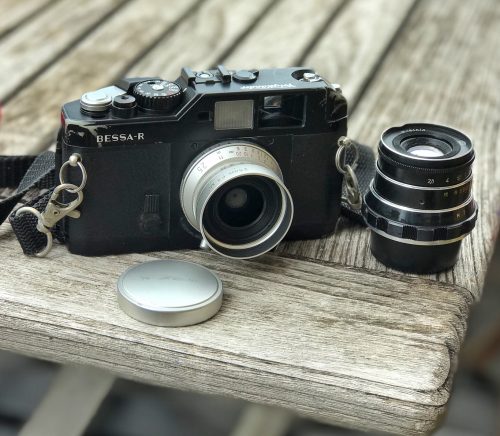 Accompanying this camera are my Industar 61LD – a 55mm f2.8 Russian lens, and my Voigtlander 25mm Snapshot Skopar f4 lens. Both are 39mm Leica thread mount (LTM), which makes changing glass a somewhat slow process on the Bessa R.

This aside, the camera is a joy to use with its bright viewfinder and very clear focusing spot and guide lines. There’s a built-in TTL meter, but no autoexposure modes and that’s fine with me – after the cold efficiency and machine-gun mentality of digital shooting, I rather enjoy the back-to-basics approach and the slow, leisurely pace of manual film photography. 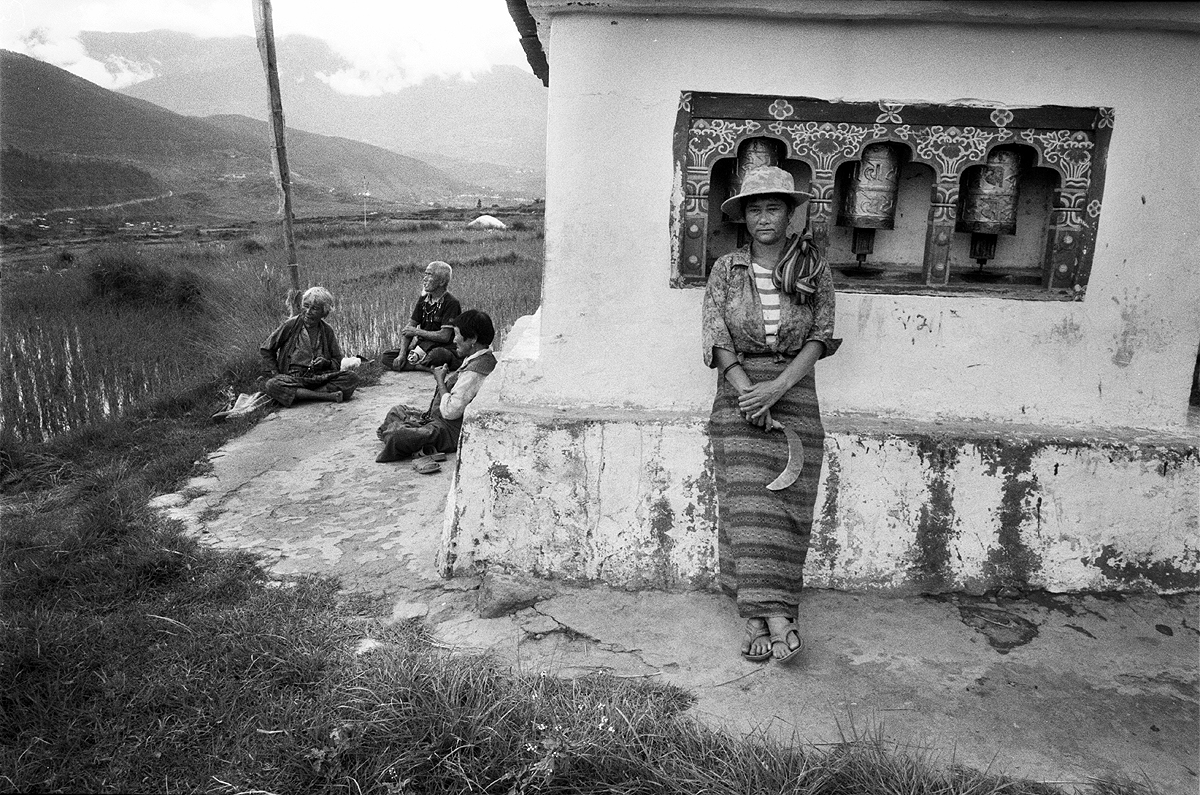 Bhutan has an unusual approach to tourism wherein foreigners are required to spend a minimum of US$250 per day – this is enforced through the use of government accredited travel agencies. It may sound like a tourist trap, but rest assured it is not – the amount includes all bookings for land transport, hotels, meals and entrance fees. The tours are all private, with expert guides who can translate and get you access to interesting situations. 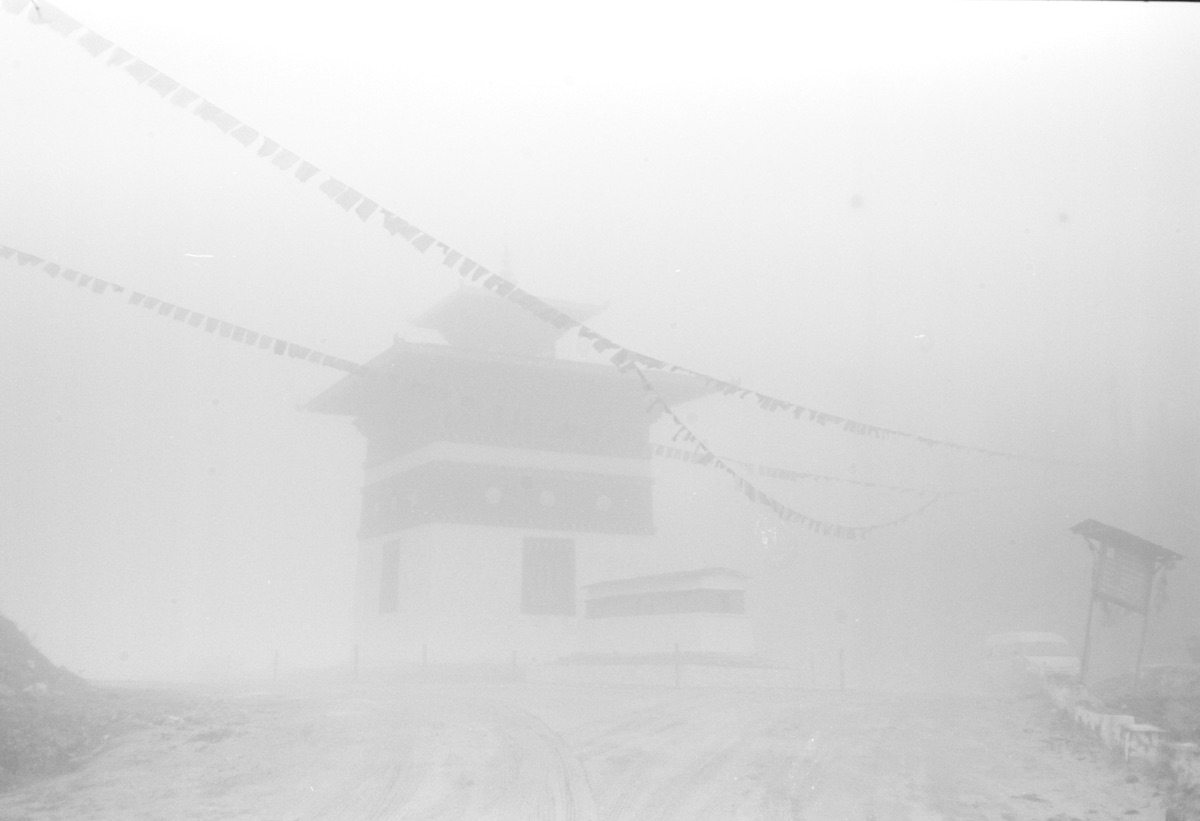 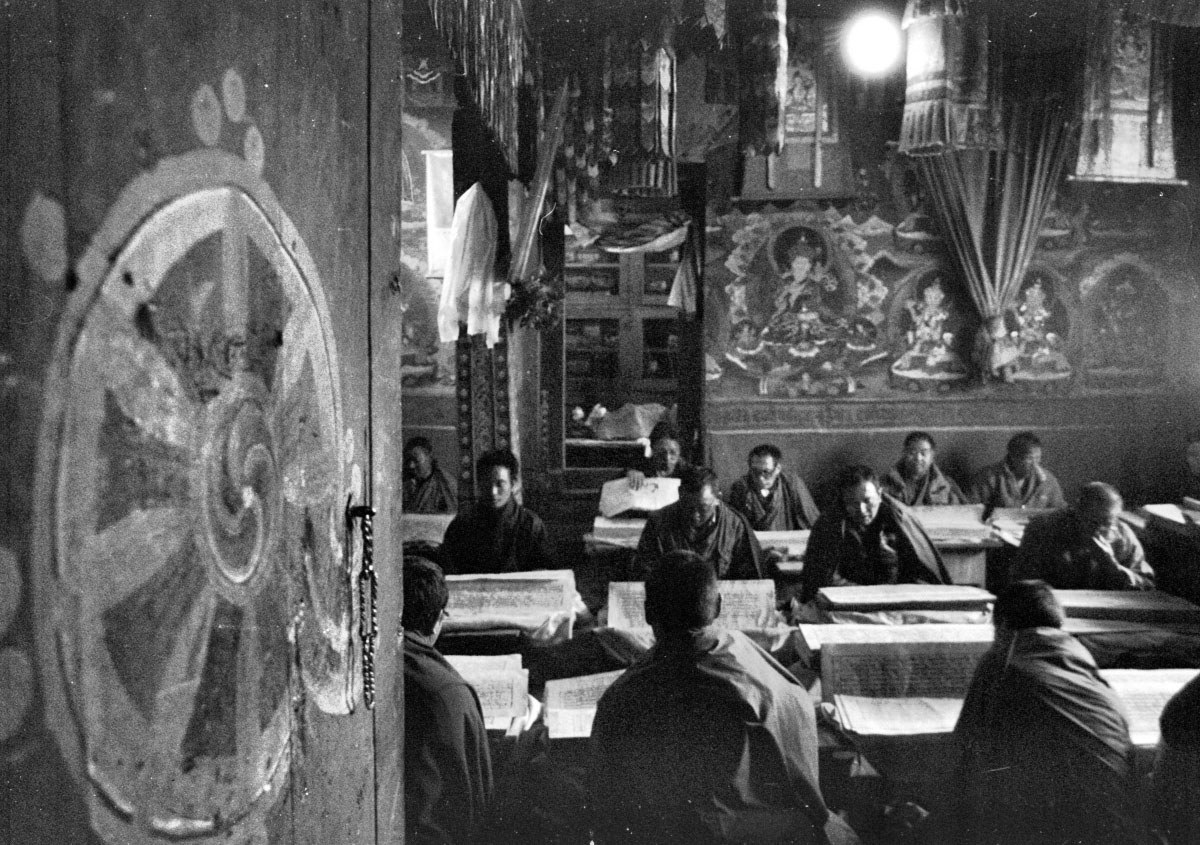 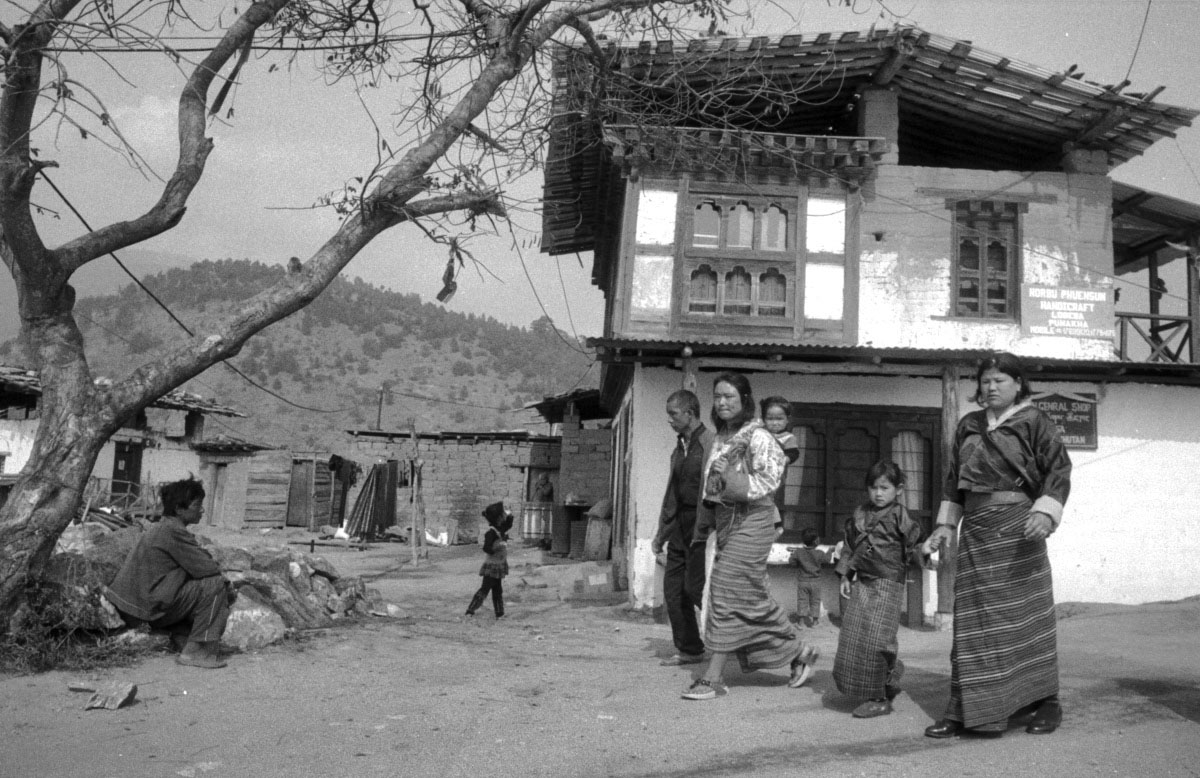 There’s plenty of street life to shoot in the urban areas, and lots landscapes to marvel at, right outside the city limits. The Bessa R is small and light, which makes it easy to bring along on a hike.

I’ve done this many times, through pine forests and ricefields en route to an ancient temple or obscure fortress ruin. My favourite walk is a knee-busting, three-hour trudge up the steep mountainside towards the Taktsang Palphug, or Tiger’s Nest Monastery. 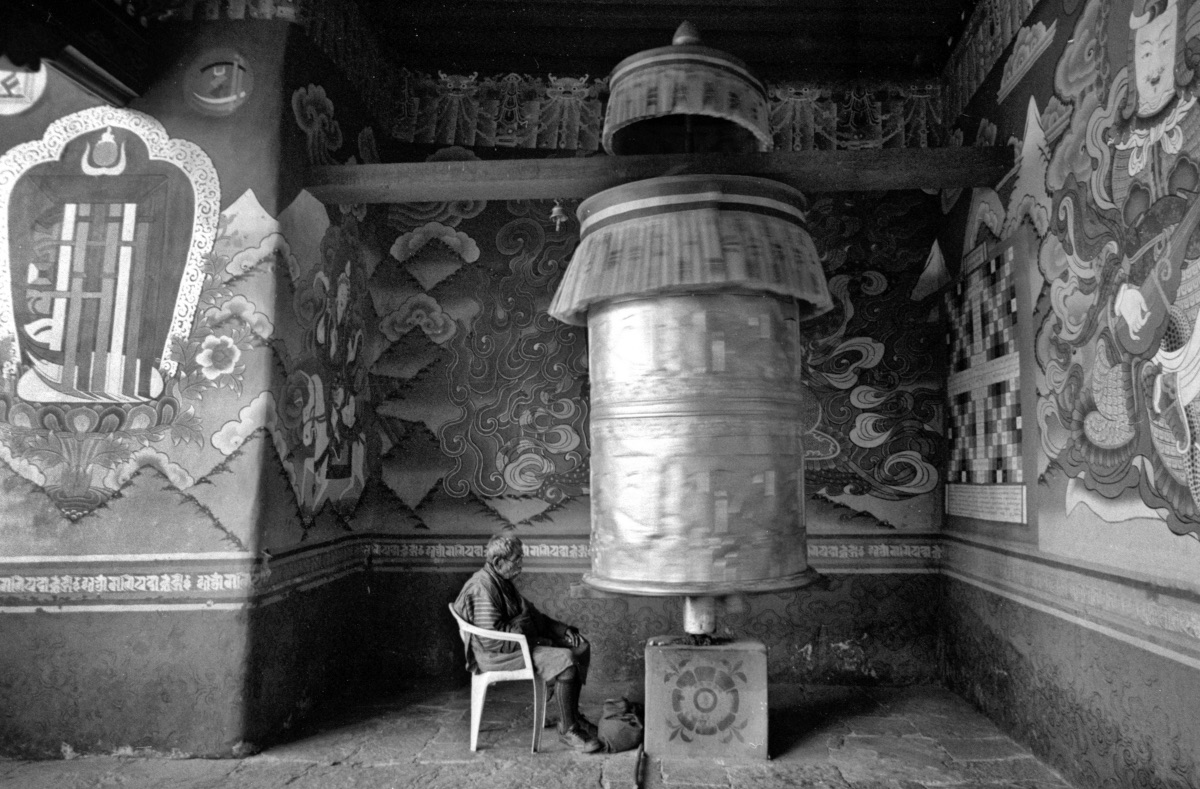 Located on the side of a cliff, this stunning house of worship is the country’s most revered Buddhist monument. These and many other spectacular sights have become familiar to me on my many trips to Bhutan. But what stays in my mind are the little things – the shy smile on a kid’s face, the fluttering of a prayer flag in the wind, the faint sound of mantras from a Buddhist hermit’s lips.

I can only hope my photographs do justice to this fascinating land. 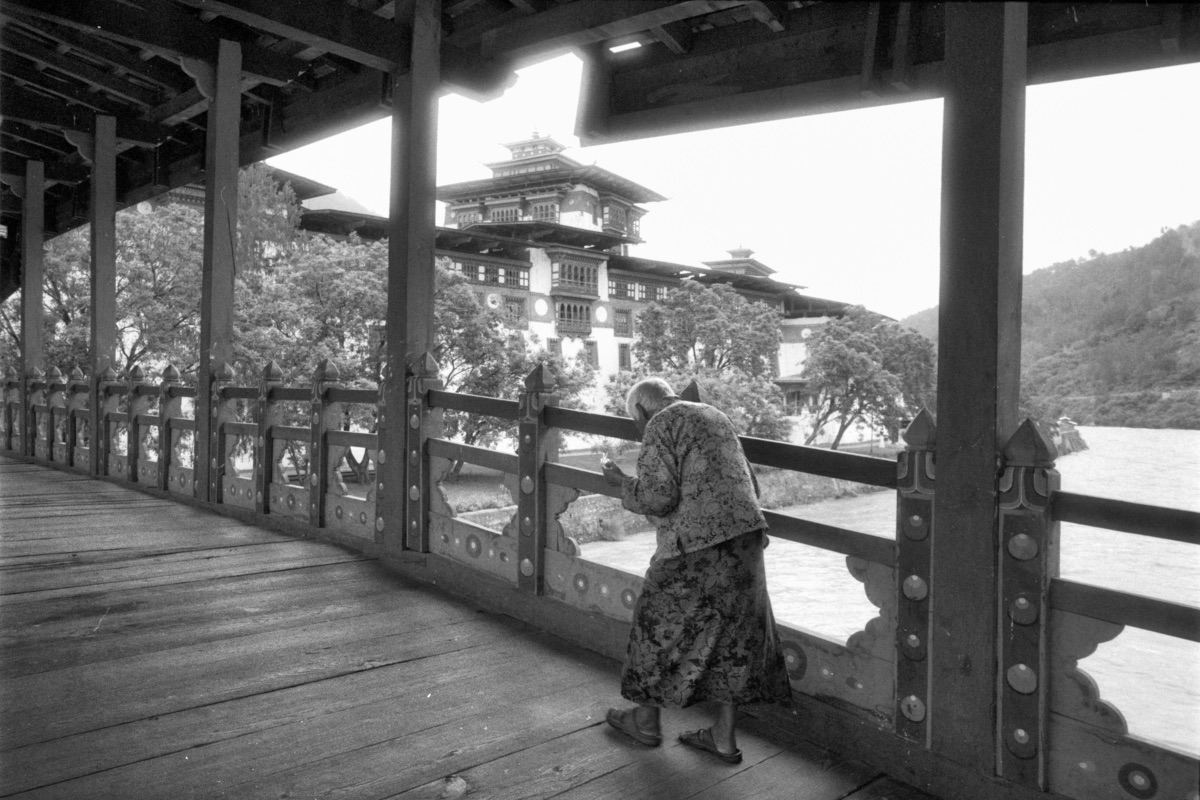 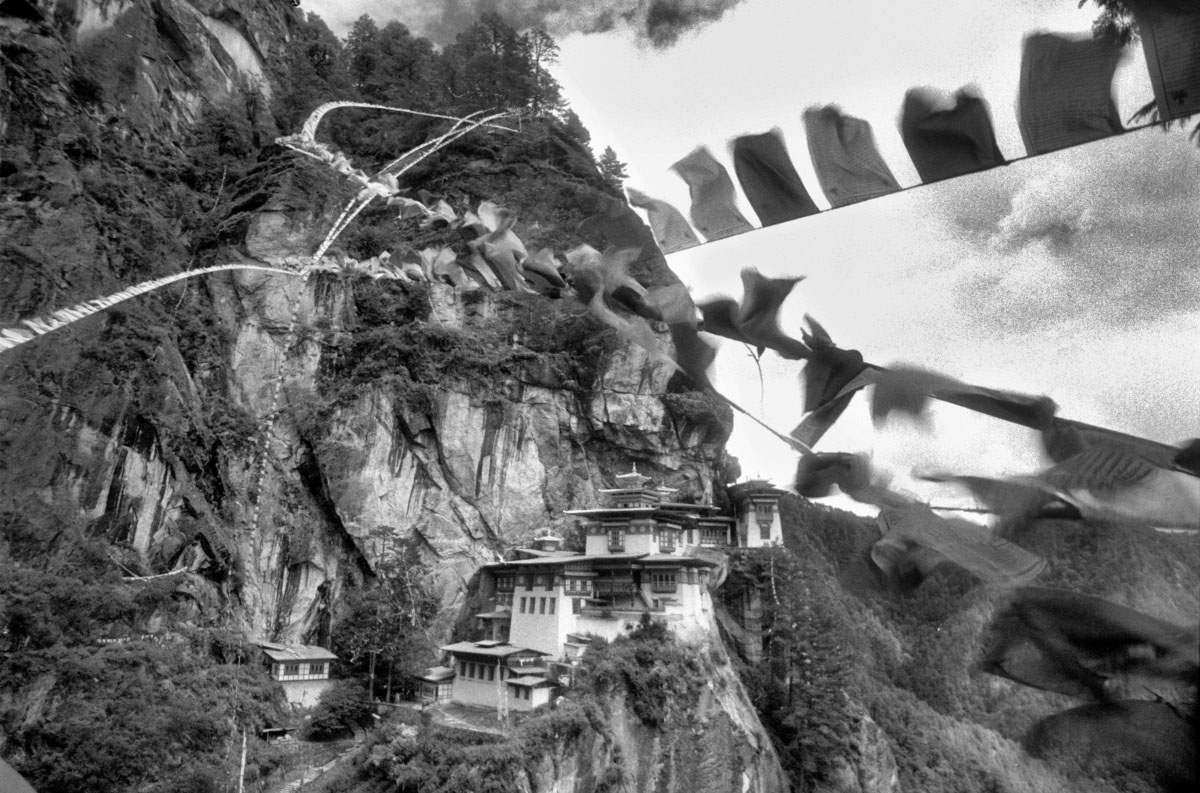 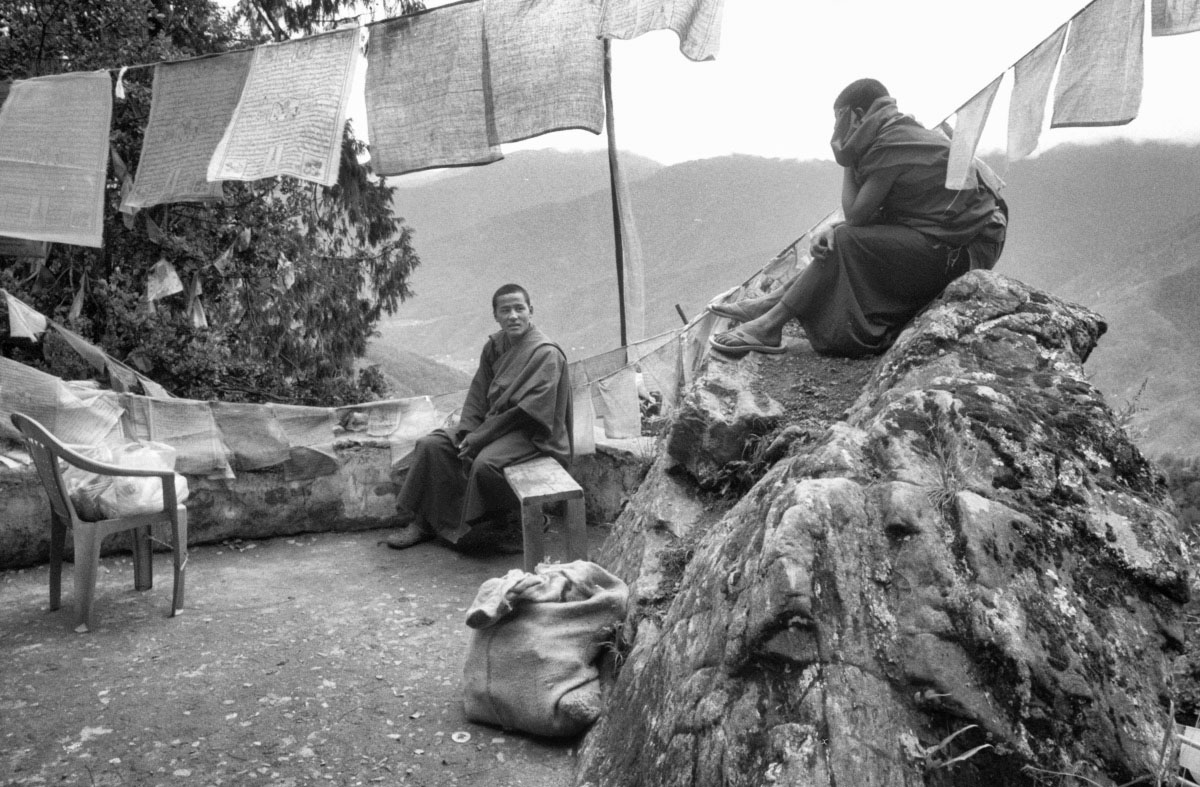