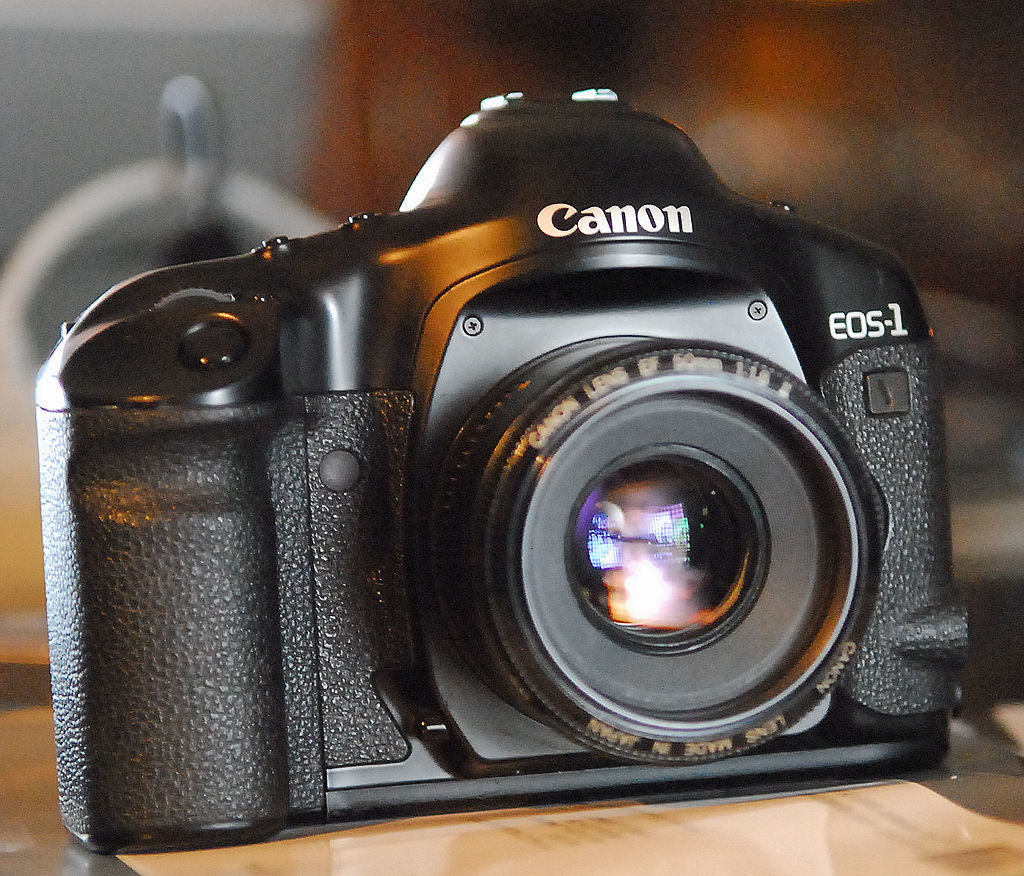 A decade ago the headlines would have been about what was disappearing – but now the film scene has rebounded enough that some films are being brought back from the dead.. Some of these are returning only a few years after they were discontinued.

While some of the big players are showing a renewed interest in film, there are smaller names also getting involved – new players who perhaps weren’t around five years ago, let alone 10.

Film photography is also seeing a renaissance thanks to crowdfunding, especially via Kickstarter. Several products aimed at film photographers reached their funding this year – some by an enormous margin.

Below are a few of the biggest stories in the film photography world in 2018.

The Chroma LF camera
A Kickstarter campaign funded the first new large format body of the year, created by British photographer and inventor Steve Lloyd. The Chroma is a large-format technical field camera made from laser-cut acrylic – all you need to add is the lens and shutter assembly and you’re ready to shoot large format. The Kickstarter raised nearly £45,000.
Read more: Meet Chroma, the modern technical field camera (LOMOgraphy)

The return of Kodak P3200
Kodak’s P3200 was the highest ISO black-and-white film in Kodak’s range until the American film giant pulled the plug on it back in 2012. In February, more than a year after Kodak announced it was bringing Ektachrome slide film back, however, it gave film fans a surprise – P3200 was coming back. It was released in March.
Read more: Kodak brings back TMax 3200 film (Kosmo Foto)

The end of London’s camera street
Twenty years ago, if you wanted to buy a camera in London, chances are you went to Tottenham Court Road, the home of many of the city’s camera shops and electronics stores. The rise of online shopping and the likes of Amazon. And the rising price of the street’s rents, have gradually pushed store after store out. In November 2017 West End Cameras – one of London’s biggest champions of film – closed (though it is still online). In March this year, Spectrum, the last photographic dealer on the street, closed for good.

Leica drops the M7
Leica’s M6 rangefinder was a tough act to follow, but in 2002 the luxury German camera producer produced a worthy successor – the M7. In May, however, the 16-year production run came to a close. The end of the M7 brought to a close one of the most famous camera marques in photographic history, starting with the Leica M3 back in the 1950s. It’s not the end of Leica and film cameras however; both the M-A and the MP remain in production, at least for now.
Read more: Leica finally discontinues the last numbered M series film camera (Fstoppers)

Canon ends film camera production
You might have thought that Canon had long since done away with film cameras, but in reality they had been quietly building their high-spec EOS-1V 35mm cameras until May, when they announced the end of the film EOS range. It also bought to an end Canon’s 80 years of film camera production. The good news? Canon has pledged to continue repairing the EOS-1V until 2025, parts permitting. The even better news, if you’re a Nikon shooter? The F6 is still in production.
Read more: Canon drops flagship EOS-1v film body and projects end date for repairs (DP Review)

Pixl-latr: A new way to scan
Hamish Gill’s 35mmc is one of the most popular film photography blogs, and in June Gill brought a new product to Kickstarter for funding: the Pixl-latr, a frame that allows you to digitise negatives and transparencies using a digital SLR and a lightbox, tablet computer or even window for backlighting. Nearly 1,700 people pledged nearly £67,000 to bring it to life. Gill is currently tweaking the design, with production expected soon.
Read more: Pixl-latr scanning template launched on Kickstarter (Kosmo Foto)

The return of Ektachrome 100
Even three years ago, the idea of Kodak’s Ektachrome slide film returning from the discontinued bin seemed remote. What a difference a film resurgence makes. Announced in January 2017 at the CES electronics expo, it took another 18 months of work at Rochester, New York for the reworked emulsion to make it into the sweaty hands of expectant photographers. Kodak poured many millions into this project, partly thanks to the fact the emulsion had to be reformulated to remove now-banned chemicals, and the film finally shipped in September. While not exactly cheap – new Ektachrome retailed for nearly £14 a roll in the UK – the film was an instant hit, and meant Fujifilm’s dwindling range of slide films finally had some competition.
Read more: Kodak’s E100 Ektachrome has begun shipping (Kosmo Foto)

LOMOgraphy launch new ‘Berlin’ film
LOMOgraphy has been relatively quiet on the film launch front of late, but they made up for this October with the announcement of a new film in their 35mm range – Berlin 400-ISO black-and-white. Berlin is made from a roll of cone film, and recut into the b35mm format. LOMOgraphy announced it was “produced by a legendary German company that has been changing the face of cinema since the early 1900s”, and it appears to be some version of Orwo cine film, at least from the roll Kosmo Foto has been given to test. The film is still available for pre-order, but there’s no further news yet whether this is a one-off project or that this may become a new staple in the LOMOgraphy line-up.
Read more: The new LOMOgraphy Berlin Kino film was inspired by German cinema (The Phoblographer)

The return of packfilm
One of the leading lights behind both LOMOgraphy and the Impossible Project has made it a triple whammy. Florian Kaps unveiled his ONE INSTANT peel-apart instant packfilm fundraiser, bringing another defunct emulsion back from the dead. In the last few days of December the project reached the £160,000 target.
Read more: ONE INSTANT packfilm launches on Kickstarter
Last year also saw the launch of online film retailer Analogue Wonderland, now boasting over 200 different varieties of film, and the news that film chemical producer Tetenal was facing financial difficulties – though hopefully these will be resolved in the new year.