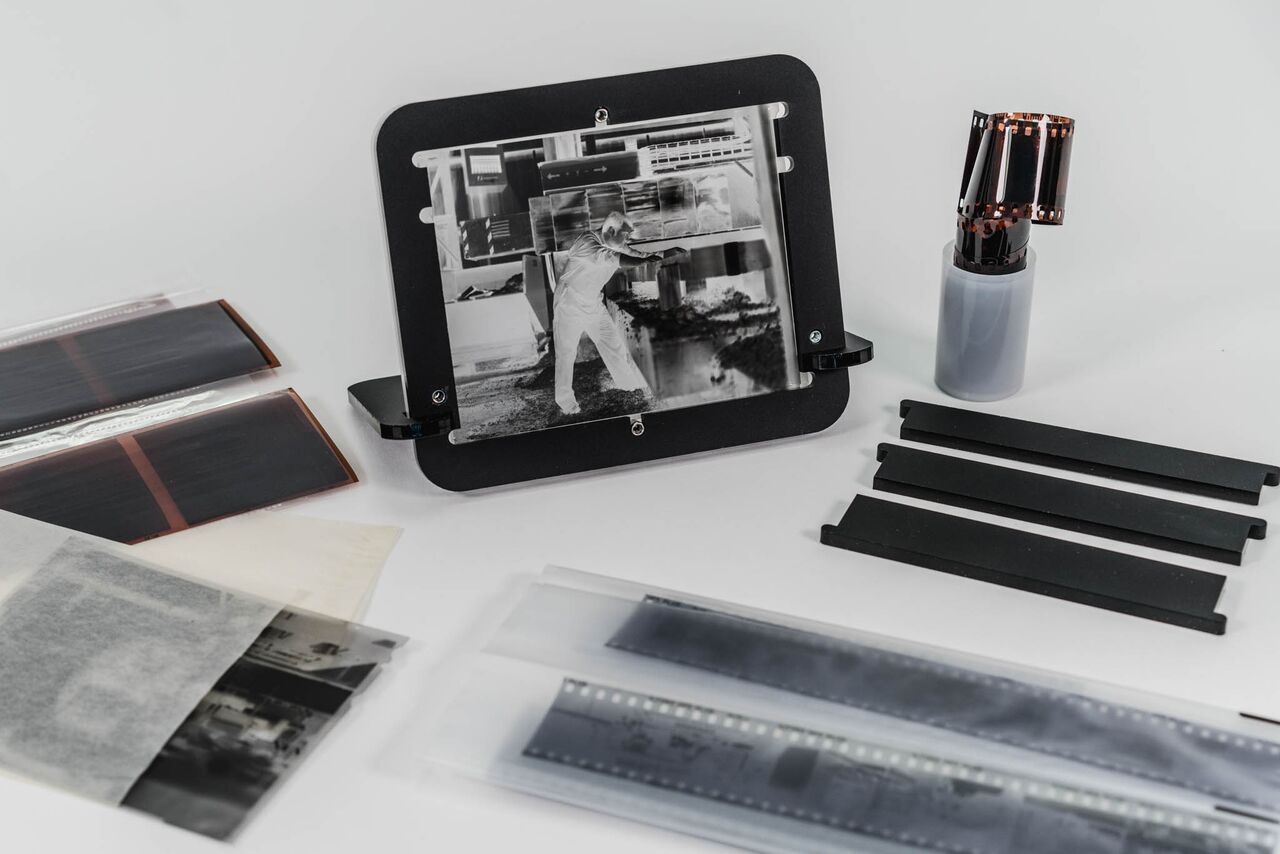 Hamish Gill – the man behind the film photography blog 35mmc – has launched a new product designed to help digitise film.

The Pixl-latr is a film holder that keeps negatives and slides flat so they can be easily scanned with a digital camera.

The Pixl-latr was launched on Kickstarter on Monday. It costs £30. The device reached its funding target of £9,000 in a few hours, and as of Tuesday morning had raised more than £21,000.

“The idea came from me realising there was a hole in the market for a product that allowed simple, low cost, digitisation of 4×5 film,” Gill told Kosmo Foto. “I’d bought a mod54 and Harman Titan pinhole camera and after developing my first few sheets, I found I didn’t have an easy way to digitise the negs to show them off online. I fudged a solution with a sheet of translucent acrylic – I stuck the neg to it, then took a photo of it leant up against a window.

“The result came out pretty well, but the technique felt a little slapdash. Searching online, I tried to find a product that would allow we a similar workflow, but couldn’t find one. So I thought I’d make one…”

Gill built the prototype with the help of Steve Lloyd, who launched the successful Chroma large-format camera on Kickstarter earlier this year. 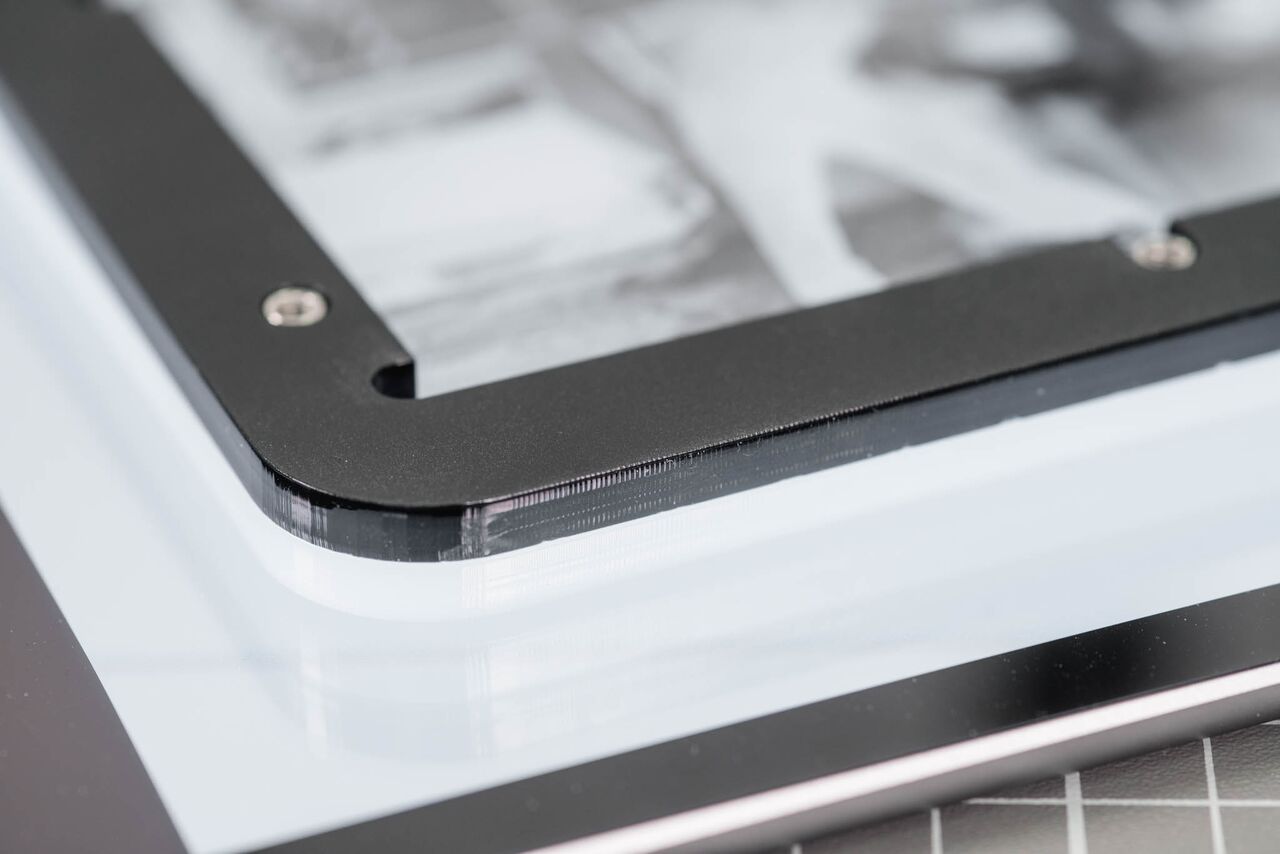 “Many iterations later, the prototype you can see on Pixl-latr is a fully working product that not only allows for use with 4×5, but also accommodates 120 up to 6×12 and 35mm.

“I’m now at a stage where there is only one little tweak left to make before it’s ready for market. That’s where KS comes in – I need some cash for tooling the final parts.” 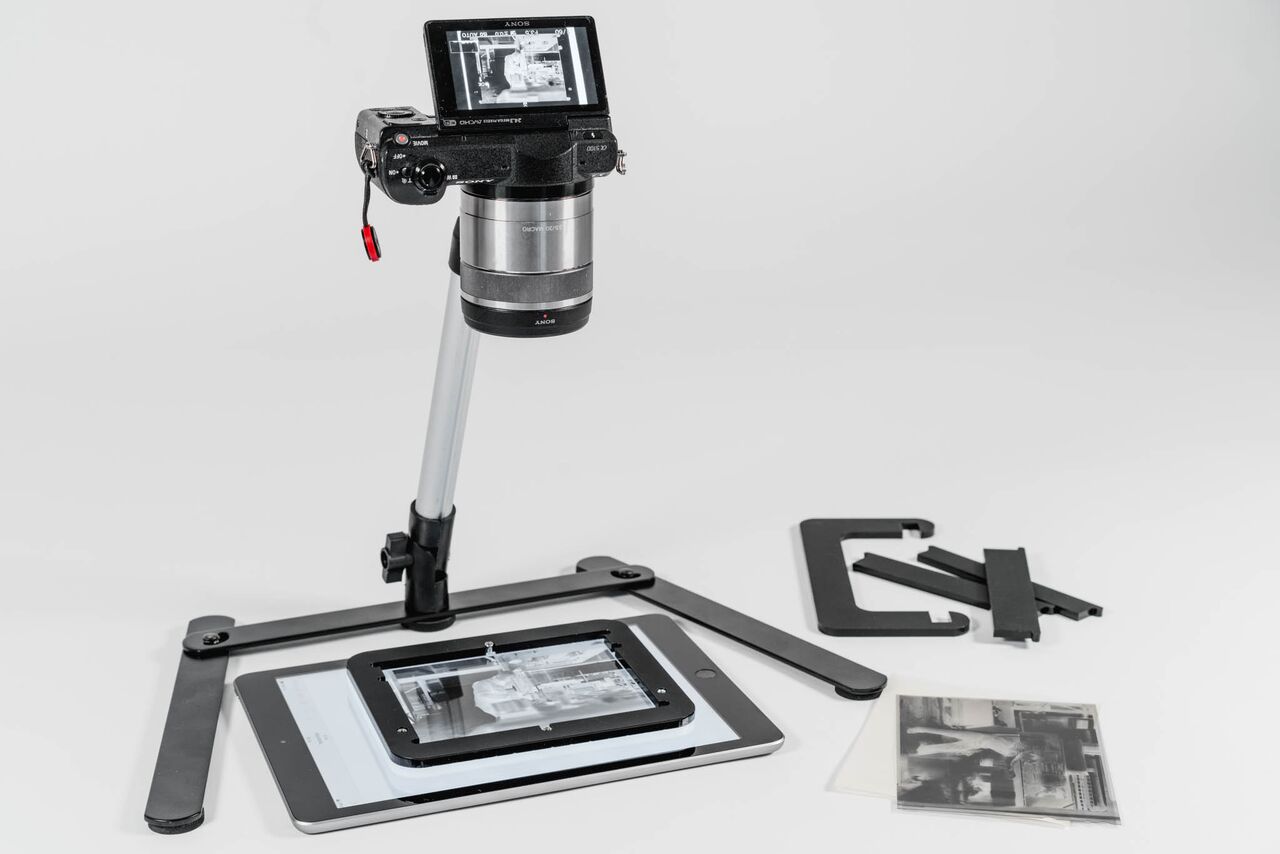 The Pixl-latr is a flexible design – it can be used with a smartphone as a backlight, or with more advanced set-ups like a copy-stand and light box, said Gill. The device can also be used with a tablet computer, or window light.

“Its simple function is to backlight the film and hold it flat – beyond that, I don’t want to prescribe its use. Once in the wild, I’m hoping I can form a bit of a community of users who will share tips and tricks with each other. I’m hoping this will mean that both the product itself and the community around it help and encourage people to shoot more film.”

The Pixl-latr should be available in September. 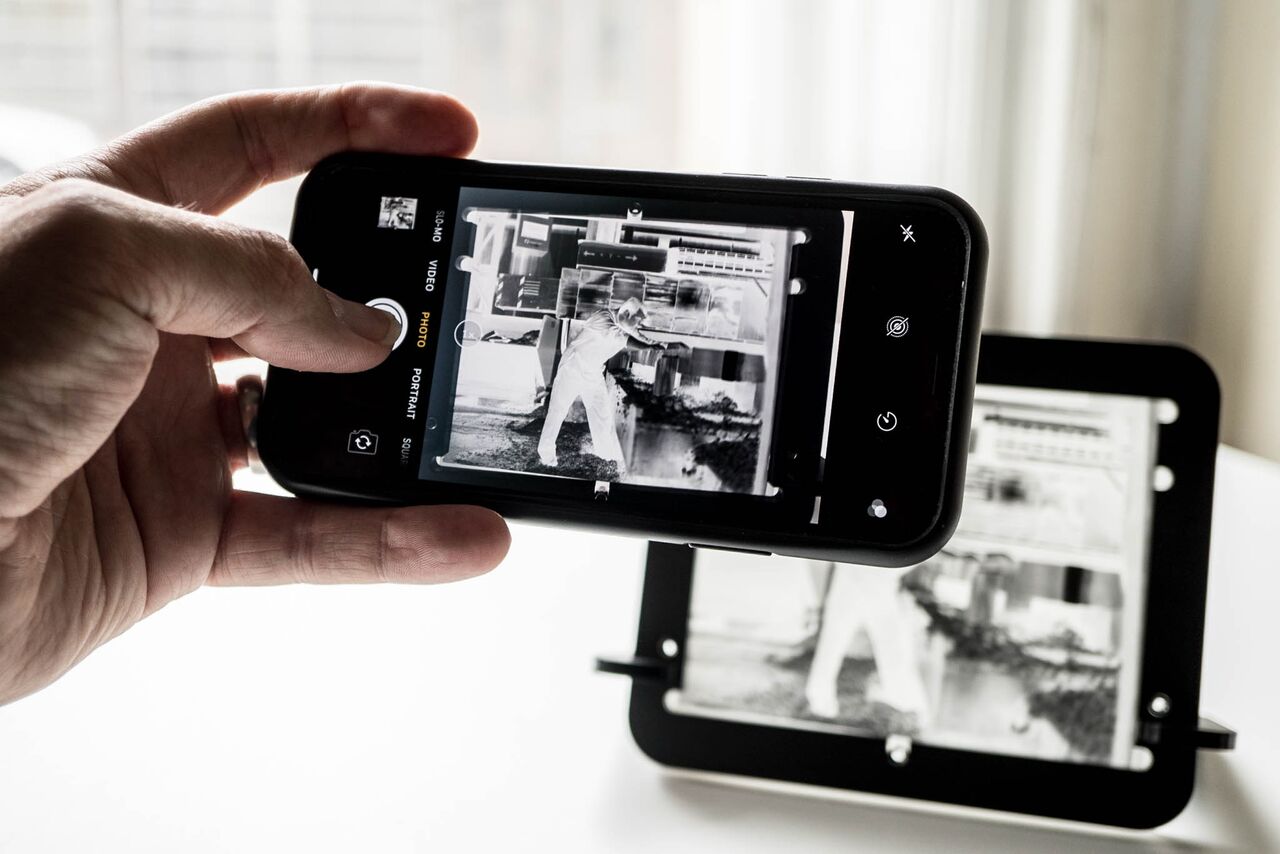