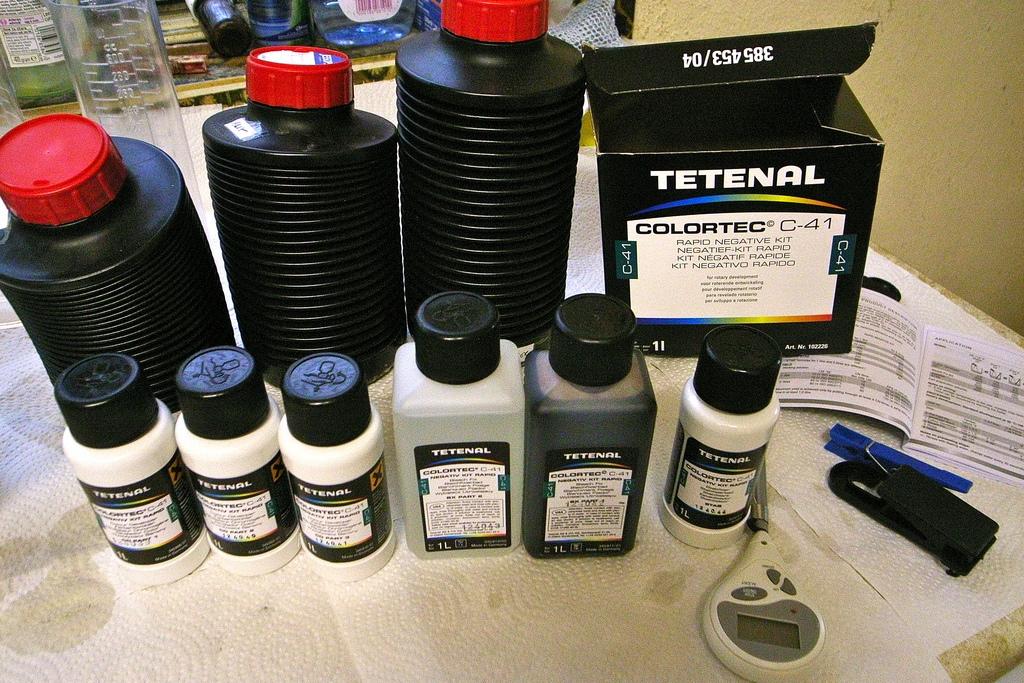 Tetenal, the photochemistry producer which makes development chemicals for film giants such as Kodak and Ilford, has announced it is in financial trouble.

In a post, Studio C41 said: “This is big news in Europe, however it has not made a big splash in the US and has flown under our radar. The very day after Photokina, Tetenal announced they’re in financial turmoil. Due to some bad business practices from their suppliers, Tetenal is in a state of insolvency. We learn the film resurgence is real; however, it is still in a very fragile state. Their collapse could potentially decimate film photography industry.”

Tetenal, which has its HQ in Germany but offices in several other countries including the UK, produces a range of black and white chemicals for both labs and home uses, as well as colour-process chemicals suitable for both C-41 and E-6 processing. It’s been in business since 1849.

Studio C-41 reported that Tetenal was undertaking a “restructuring process” and was looking at new ways to sell its products.

“Traditionally, Tetenal’s marketing model was B2B (Business to Business), by converting raw materials into chemicals which were sold to large photo businesses. This is changing and Tetenal has an ace up their sleeve. They are looking into expanding their direct to consumer marketing model, thus opening up the opportunity in delivering new ideas and resurrecting some old ideas.”

Could Tetenal change the way it does business, offering more products to individuals? Studio C41 mentions its portable ‘press kit’ which photographers used when they were out on assignment far away from labs or darkrooms. Tetenal axed the kits when many professionals ditched film for digital.

But the success of the recent Lab-Box, a daylight-loading film tank launched by Ars-Imago on Kickstarter, shows there is a huge market for products that allow film photographers to develop their own films, especially outside of a traditional darkroom set-up.

As Studio C41 adds, Tetnal is asking film photographers to suggest ways it can service the analogue community in different ways, and has using the hashtag #savetetenal or by getting in touch with them via their Facebook, Instagram, and Twitter.

Kosmo Foto has contacted Tetenal requesting further detail on what the company plans from here – we hope to bring you more news soon.