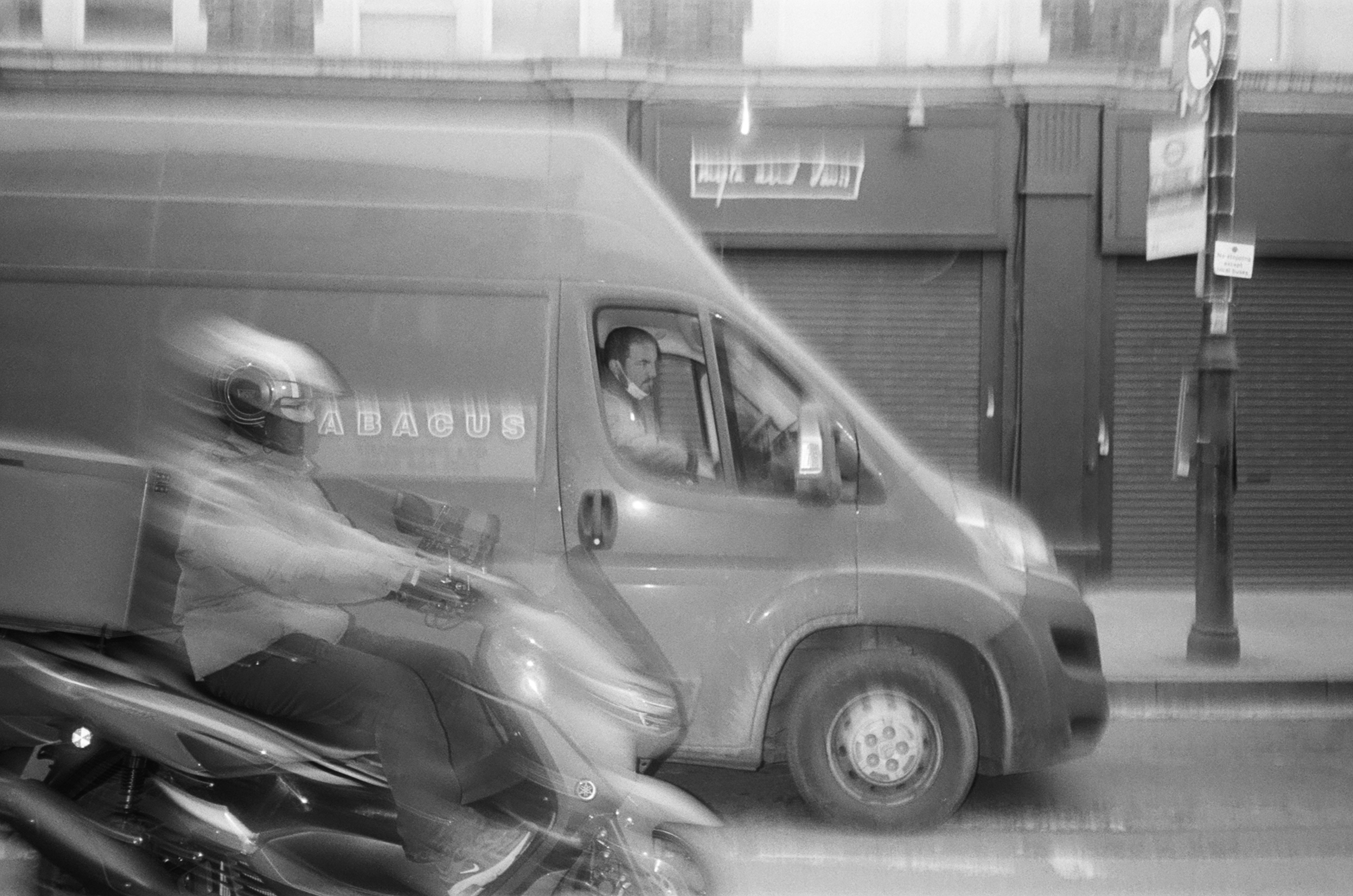 On Instagram you’ll know him as @londoncameraproject, but in real life you may know him as the larger-than-life host of analogue photowalks the length and breadth of London. Here, Rob Andrews lifts the lid on shooting his rolls of Kosmo Foto Agent Shadow.

I was lucky enough to get a couple of rolls of Agent Shadow and couldn’t wait to try it out. I chucked the roll into my Olympus XA2 and selected ISO 400. I really like the XA2, it’s great for street photography because it’s small, discreet and can be opened, advanced, focused and fired with one hand. With 400 speed film it’s a little gem.

I took the camera for a walk around Brixton on a typical winter’s day with overcast skies and the odd burst of bright sun poking through. I decided to make my way to the benches on Windrush Square to wait for something or someone interesting. 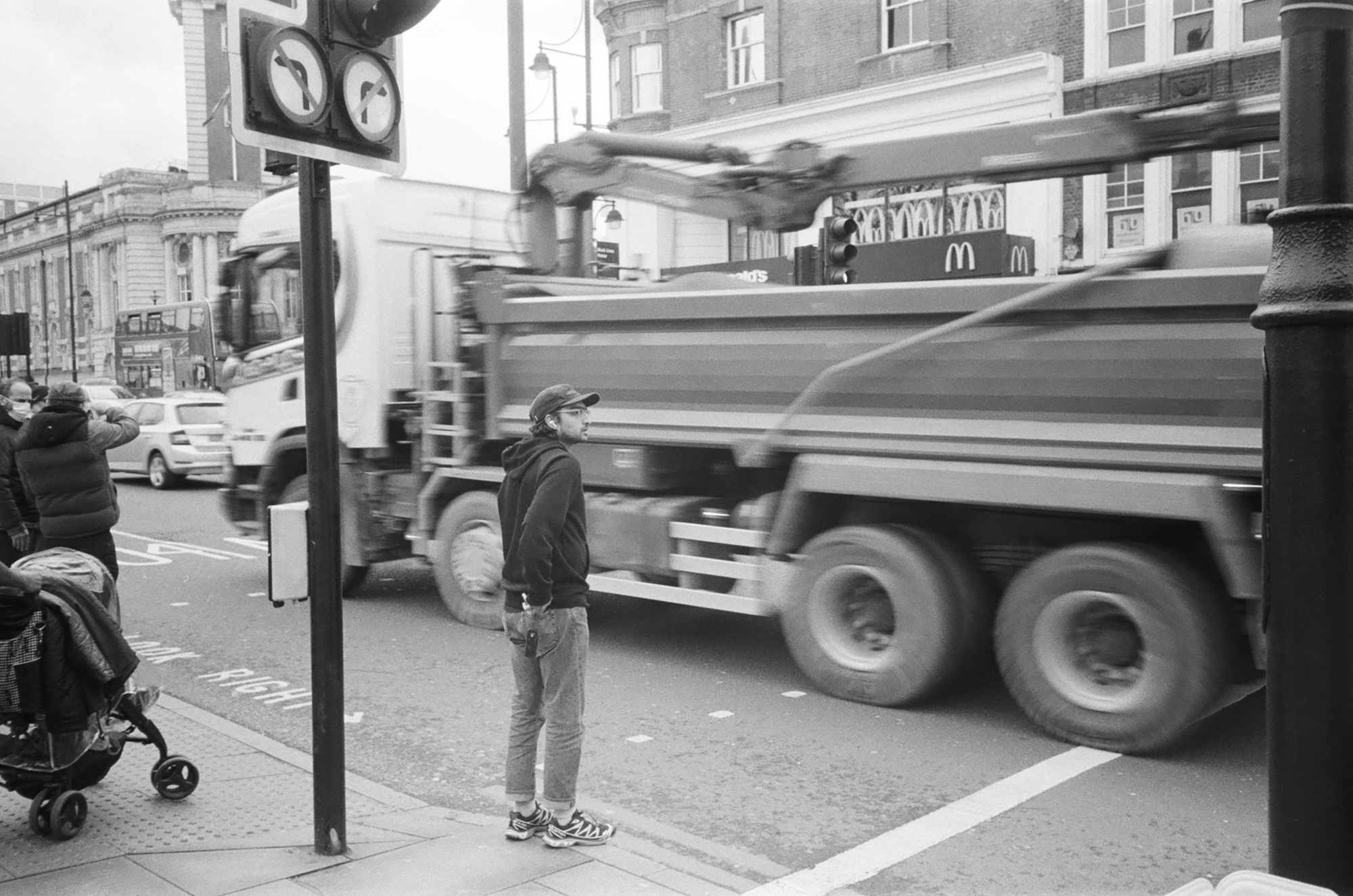 Within seconds I spotted this gent about to cross the road also holding what looked like an XA. I raised the camera, flicked the focus switch and pressed the shutter. I like the way the blur of the passing lorry isolates his figure. 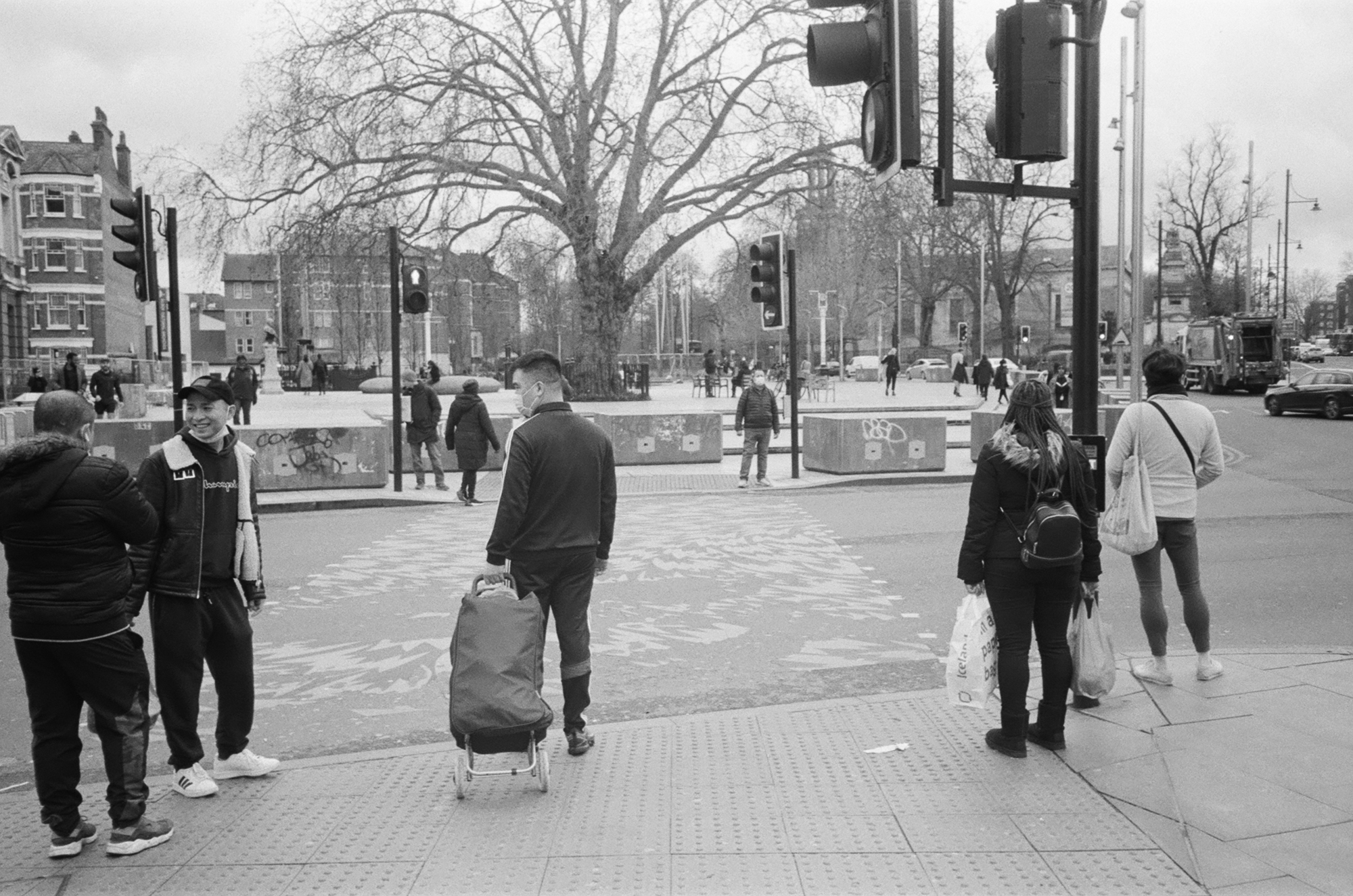 Another few seconds later I saw these two men approaching Coldharbour Lane and a third man recognised one of them and they greeted each other like they hadn’t seen each other in ages. Once again with the XA2, it was as easy as point and shoot. 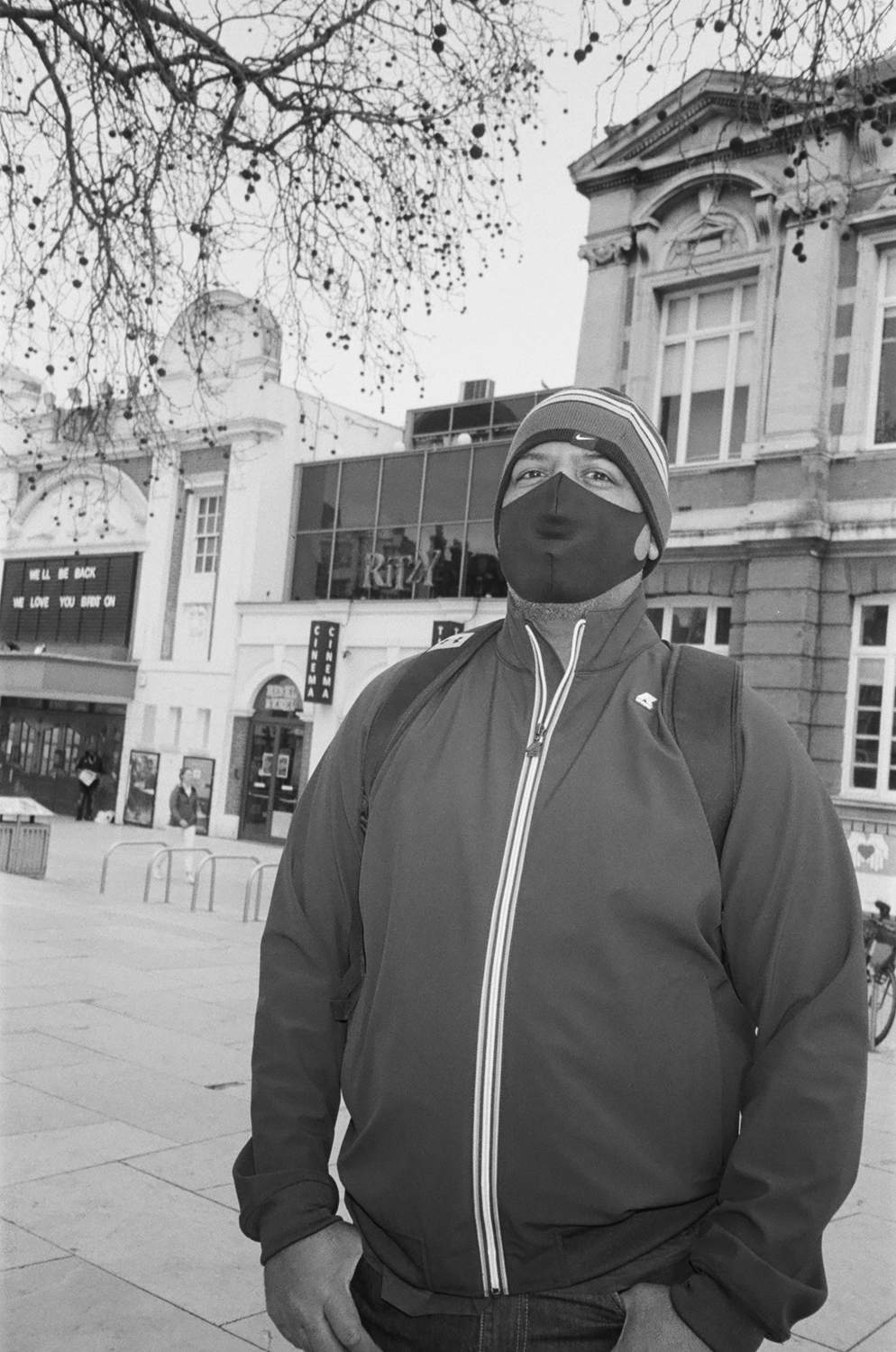 I made it to the benches and it wasn’t long before this man, dressed all in navy blue came along. Somehow he spotted my camera and we spoke for a bit about cameras, film and how Brixton had changed over the years. Before leaving he agreed to pose for a couple of pictures. In this one I left the flash off and the film ably handled the mixed lighting conditions. I like the grain in this shot even down to the details in the man’s beard.

Heading back towards the market I tried the flash and snapped these two road users. My hand was moving as the flash fired causing this blur. 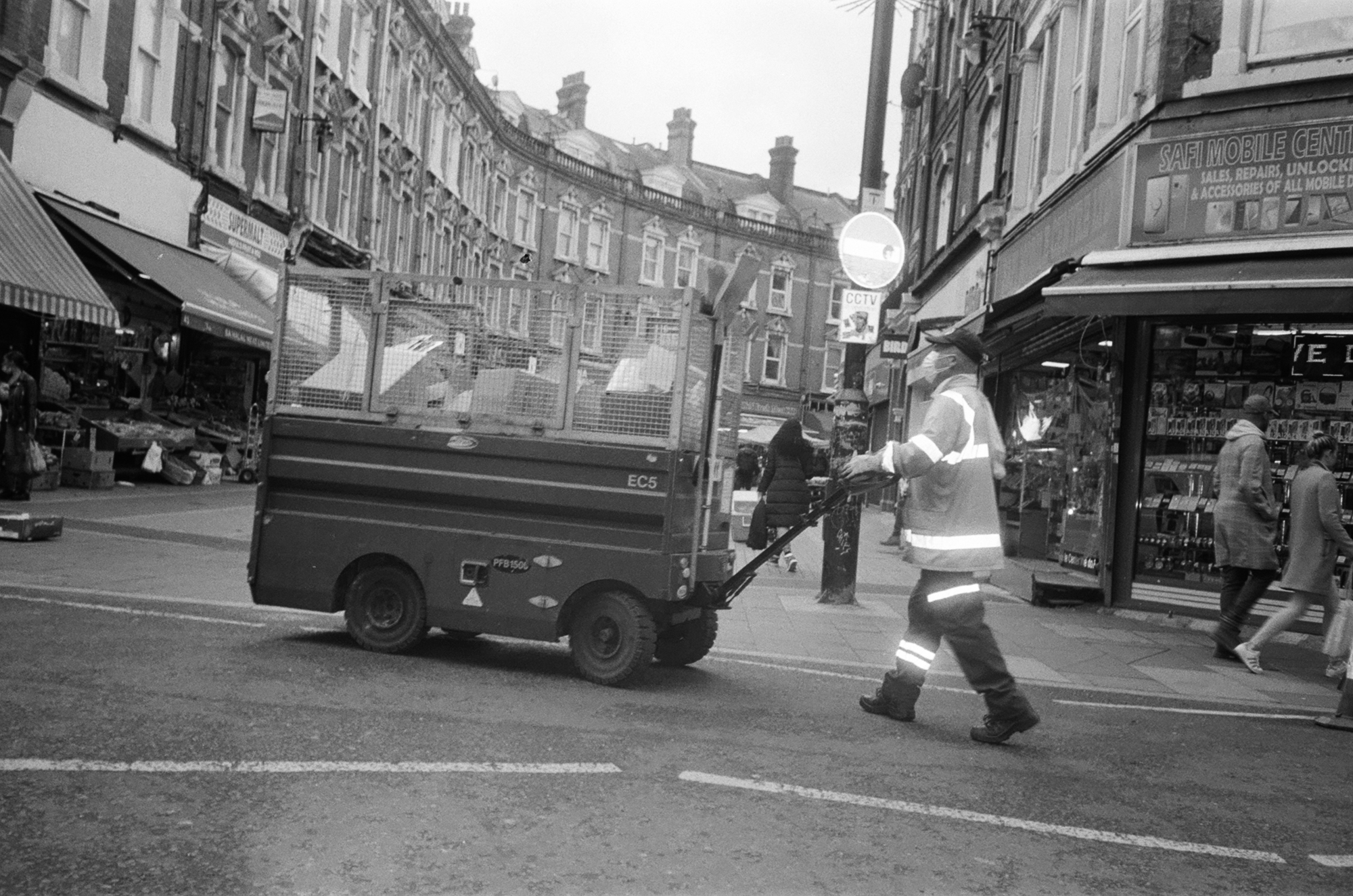 I used the flash again to light up the reflective panels on this man’s uniform and I really like the effect.

PRE-ORDER THE FILM ON THE AGENT SHADOW KICKSTARTER

A few days later I tried a second roll of Agent Shadow. This time I put the film into my Minolta 500si which is a lightweight SLR with auto focus, auto exposure and auto advance as well as a range of flash and shooting modes like portrait and double exposure. I love my XA2 but the Minolta importantly and maybe ironically in this respect I picked it so I’d have more control of the overall process of making these images. I popped along to Clissold Park and fitted a zoom lens for that extra bit of focal length. One thing I didn’t mention about the 500si is the shutter speed which can get up to 1/2000s which is great when trying to snap skaters. 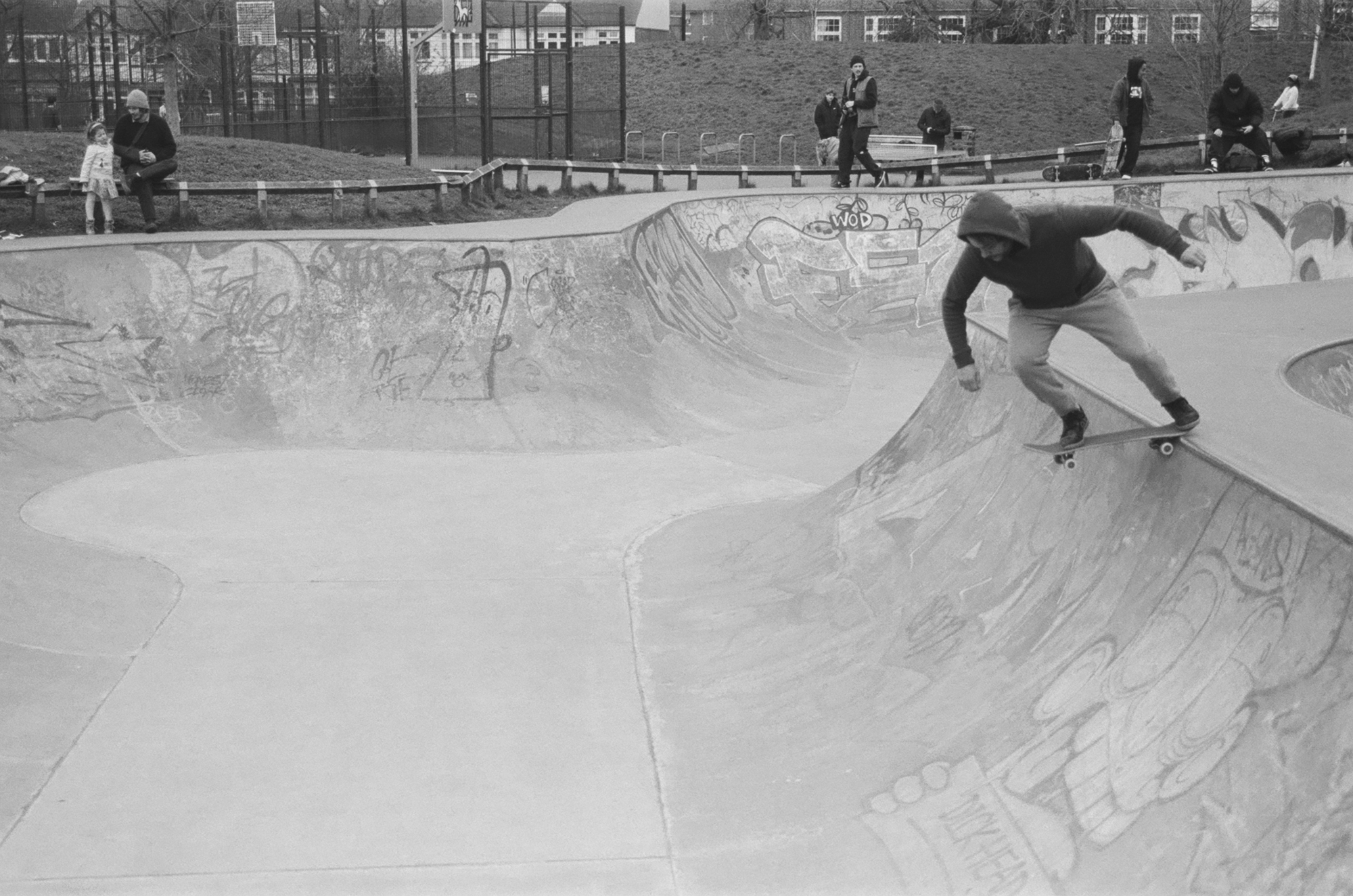 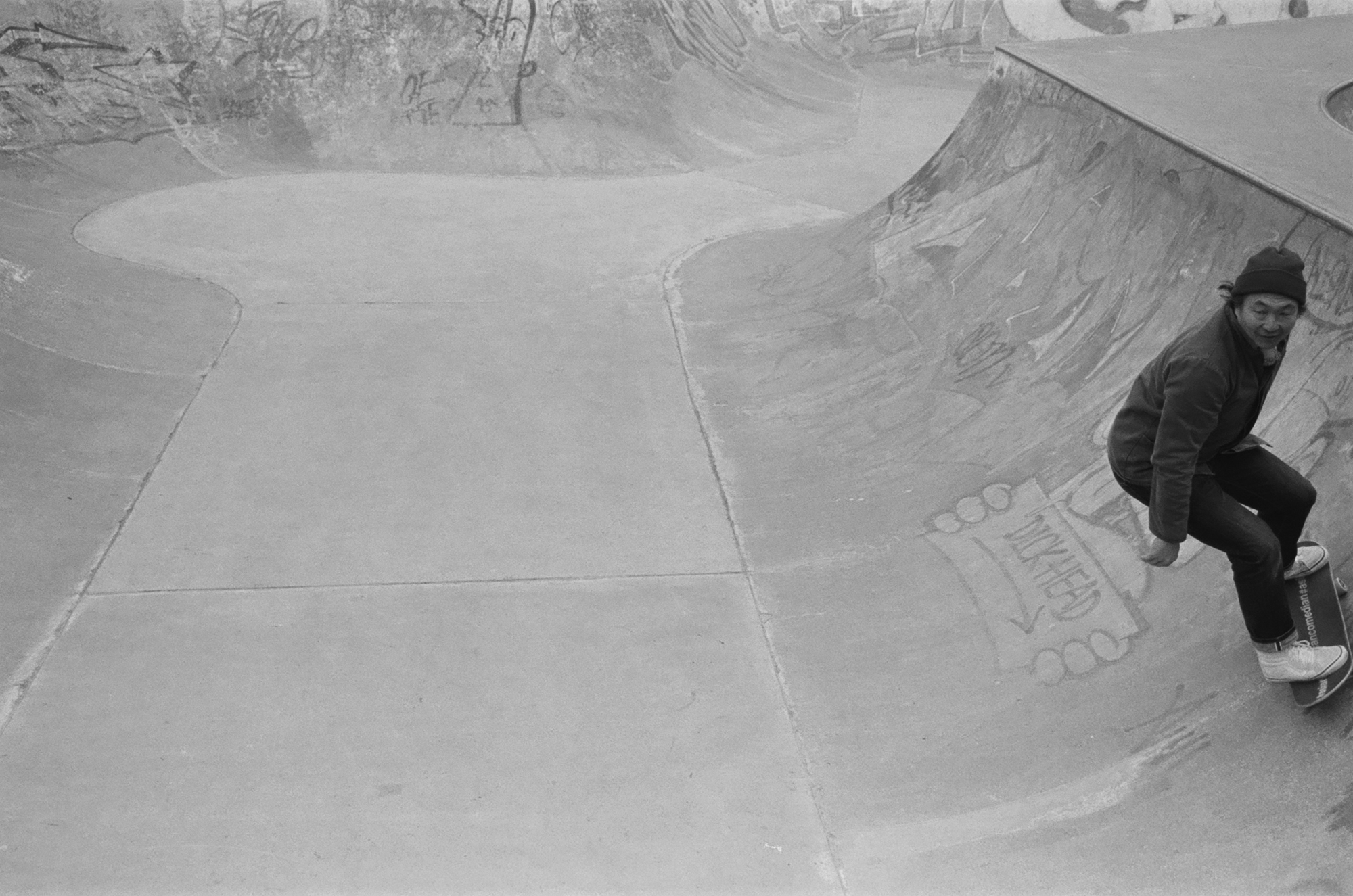 I really like the results I got out of this film. The grain is satisfying and shooting at box speed it’s pretty good in mixed lighting conditions. I was apprehensive when setting up a shot as the sun went in but I need not have worried. When looking closely at the images the details are sharp enough to make pleasing images.

It’s great in the urban environment and although it did well with portraits I’d probably be using it mostly for street photography.

I’d like to try this film again but next time I’d give it a good push to see how it handles sports, fast moving events like protests as well as scenes with much lower light without a flash.