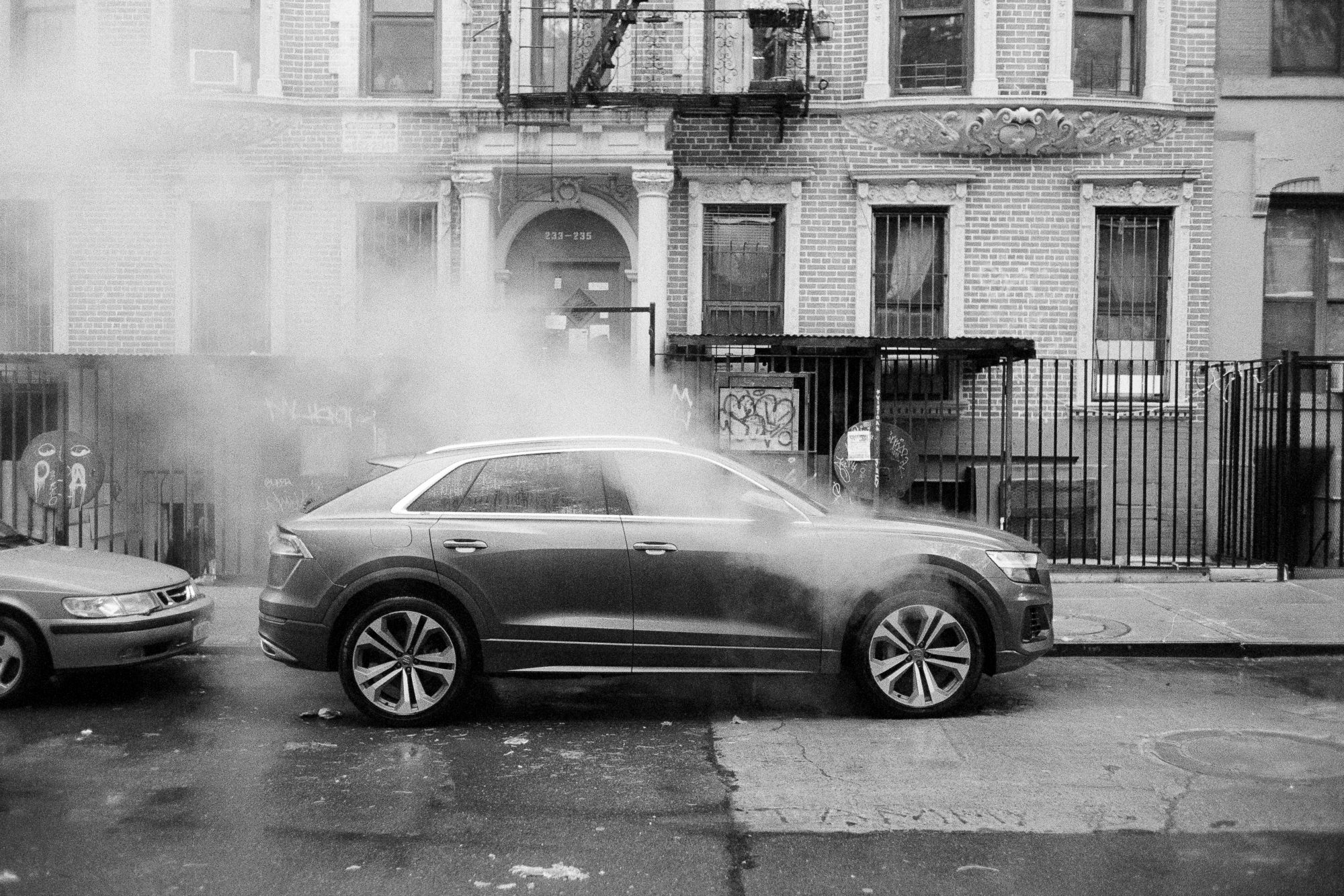 I’ve been a fan of Kosmo Foto Mono for years, and my love for it only grew once I started pushing it 1-2 stops (200-400ISO). So when I received a few test rolls of the new Agent Shadow, I knew I wanted to push one of them.

I shot my first test roll at box speed, though I’d not developed that roll before shooting this test, so aside from Stephen’s notes that Agent Shadow would push nicely up to 6400ISO (!), I didn’t know exactly how the film would handle a two-stop push before shooting. I did, however, know it would be a fun way to test this new film.

How I made this

TLDR: I shot this entire roll while in New York on a rainy weekend in May, 2021, using a Leica M6 and a 35/2 Summicron with an orange filter. My meter was set to 800ISO (+1) and I tend to meter for shadows. This roll was developed in Ilford DD-X 1+9 for 29:00 at 20ºC with standard agitation. The negatives were scanned with a Sony A7RII using a Sigma 105mm 2.8 Macro and Negative Supply hardware, then converted to positives using Negative Lab Pro in Lightroom.

I push a lot of B&W and colour film (even E6), more for flexibility than to achieve a different look. As such, I prefer to push film stocks that don’t *look* pushed, whether that’s due to how they handle contrast, grain, or colour shifts. Being able to push to 3200-6400 is great, but knowing I can push a 400ISO film to 800-1600 without the look changing much turns that film into a versatile tool I always want in my bag.

Not knowing what to expect, I had this roll in my bag waiting for the right conditions, and the day I captured these images it was rainy, grey, and cold – perfect for pushing. Knowing Agent Shadow could push to 6400ISO with nice results, I wanted to see where it would fall at 1600ISO in fairly flat light, inside and outside.

While waiting for the train from Beacon to NYC, I loaded the M6, set the meter to 800ISO, and started shooting. From the station platform, to a few shots during the journey, the interior of my AirBnB, and walking along the bank of the East River a few hours before sunset under full cloud cover, the afternoon gave me exactly what I needed to find out what this film could do in these conditions.

Metering shadows at 800ISO during the day allowed me to shoot comfortably at f8-11 even with an orange filter, and still have usable handheld speeds. The interiors were shot at f4 handheld without any visible camera shake (see the train interior below and AirBnB room), and those were the only times I used an aperture wider than f8 on the entire roll. 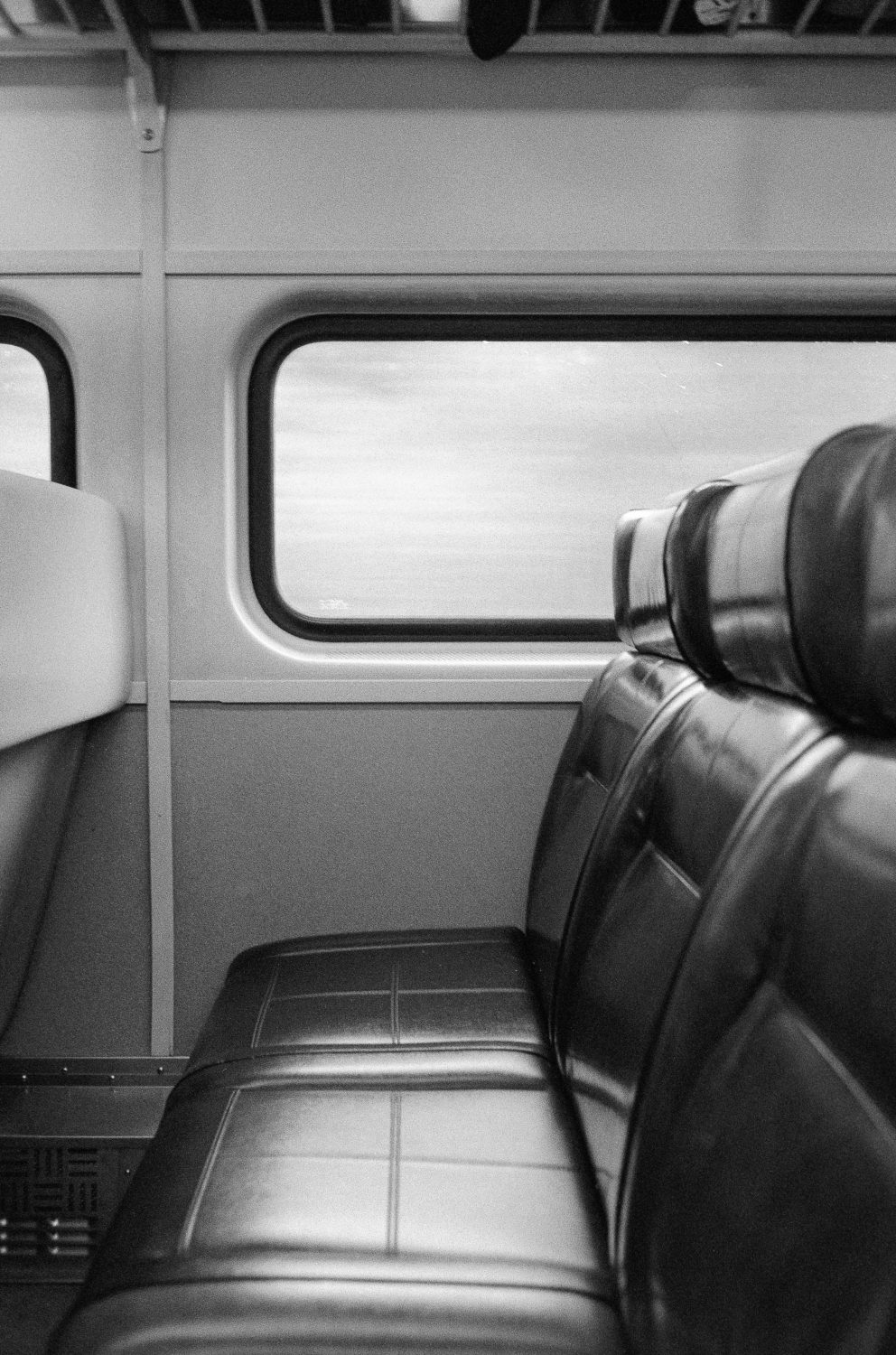 I was really pleased with the tonality and grain structure – the images don’t *feel* pushed: the contrast is minimal and the grain isn’t overbearing. This could also be due to my developing recipe and scanning method, but it compares very favourably with the films I’m used to pushing.

This is a film I plan to have in my bag as a flexible way to handle many different – and unexpected – lighting conditions. Much as I treat Kosmo Foto Mono as a 400ISO film that can also be shot at lower ISOs, I will likely view Agent Shadow a 1600ISO film that I know can comfortably be used between 400ISO and 6400ISO if needed.

I’m always excited to see new options in the world of film, and Agent Shadow’s success on Kickstarter is another sign that film is definitely not dead. 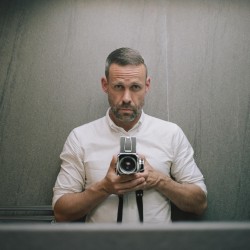 danrubin
Dan Rubin is a photographer and designer, based between the US and UK. Producing the majority of his personal and commercial work on film, Dan has run workshops in partnership with Kodak, Leica, Polaroid, The Photographers' Gallery, and Fujifilm, has been a featured speaker at The Photography Show and WPPI, and was one of the first beta-testers of Instagram. In 2021 he co-founded New Style Publishing, producing original books by emerging and established artists, of and about photography.