The latest photographer to share images from their test rolls of Kosmo Foto Agent Shadow is journalist Will Park.

I am a journalist and science writer at the BBC. For me, analogue photography is a hobby – but also pretty much exclusively how I take photographs. I don’t think I’ve taken a single meaningful photo on my phone in years.

Both of these rolls were shot on my Konica C35. It’s a camera I use a little less frequently than the others, but a lovely camera nonetheless. Many of these photos were taken on a country walk around Stonor in the Chiltern Hills and feature the ruins of St James Church at Bix. The church was a serendipitous discovery, but it being a bright day, the conditions were perfect to capture the sharp shadows cast by its walls. 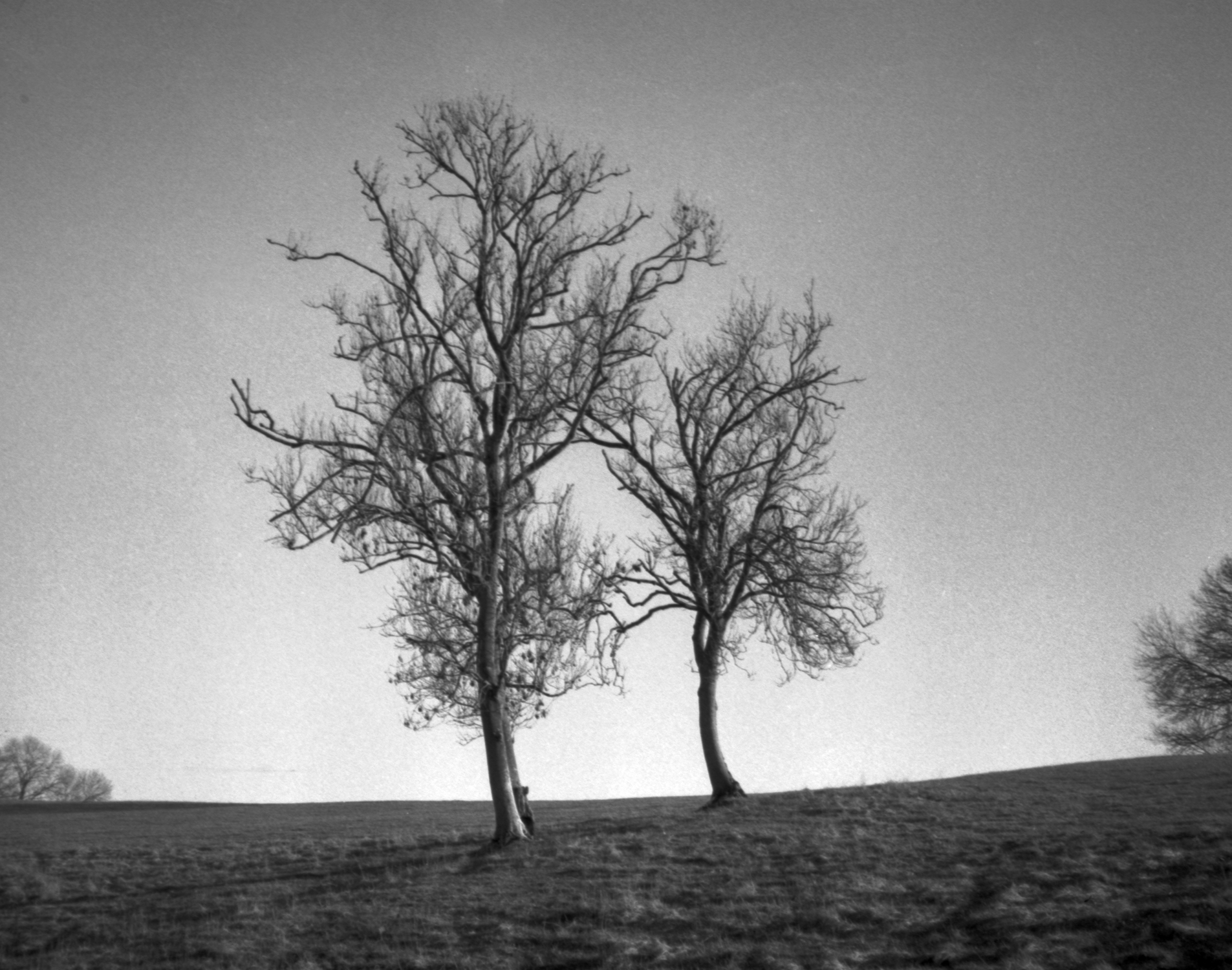 These rolls were developed in Df96 monobath at 21C for six minutes, and then scanned in an Epson V550. Home developing and scanning is a skill I picked up last year in the first lockdown. If ever there was a time to try home developing, that was it.

I think home developing has changed the way I approach shooting a little – I save rolls up and develop 10-12 at a time. So what was already a slow, offline hobby is now even more so. The act of developing is also very pleasurable and taking the time to scan each frame gives a greater appreciation of the qualities of each film. I think I have a clearer idea of which films I enjoy shooting most for having developed and scanned them myself.

I enjoyed shooting Agent Shadow very much. I have to admit I shoot B&W less frequently than colour (though when I do, I shoot Kosmo Foto Mono), in part because I think I find it easier to see interesting colours in frames rather than interesting details. It’s a habit I would like to change.

I was very impressed with the results from Agent Shadow, though, and think it might become my first-choice film for B&W.