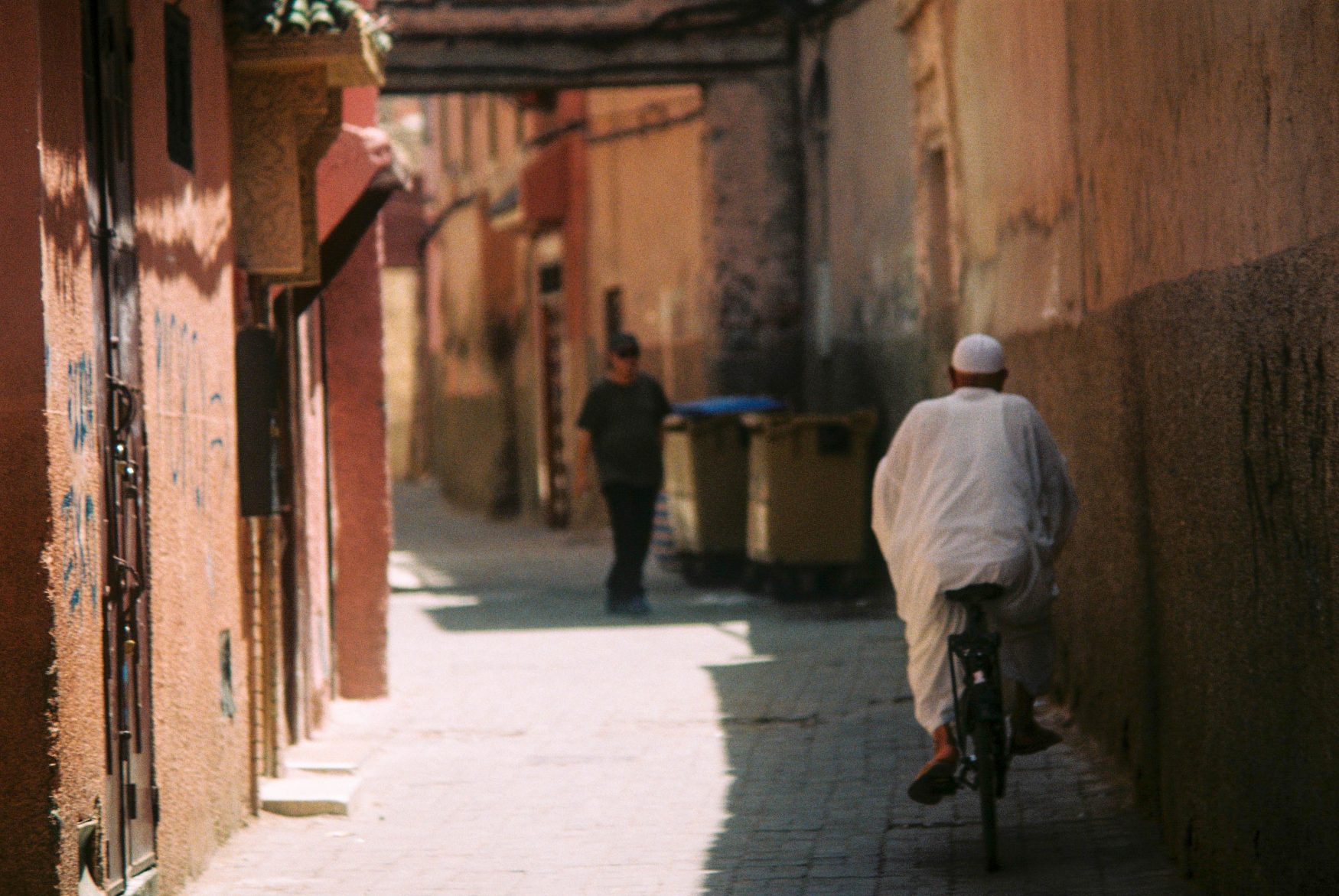 Carrying a camera on your shoulder when walking through the Medina of Marrakesh a traveller can expect to be stopped every 20 yards by a local who insists that you must visit the tanneries or the Grand Square or the palaces. “Good photos. Good photos,” they say. And they’re right.

I travelled to Marrakech with my Olympus OM-10. It’s my father’s camera and the first analogue camera I picked up. Being quite common, it’s easy to find lenses and accessories on eBay.

On this visit to Marrakesh, we stayed in a riad – a traditional house built facing inwards to keep cool, with the windows opening onto an internal courtyard – within the walls of the old city.

Inside the riad the noise and smells of the city are a little further away. And one thing you might difficult to avoid in Marrakesh is the noise and smell. In the Medina, roads are also pavements, living spaces and markets. Motorbikes weave in and out of pedestrians with amazing agility. But you’ll likely spend a lot of time stood behind one breathing in its fumes. 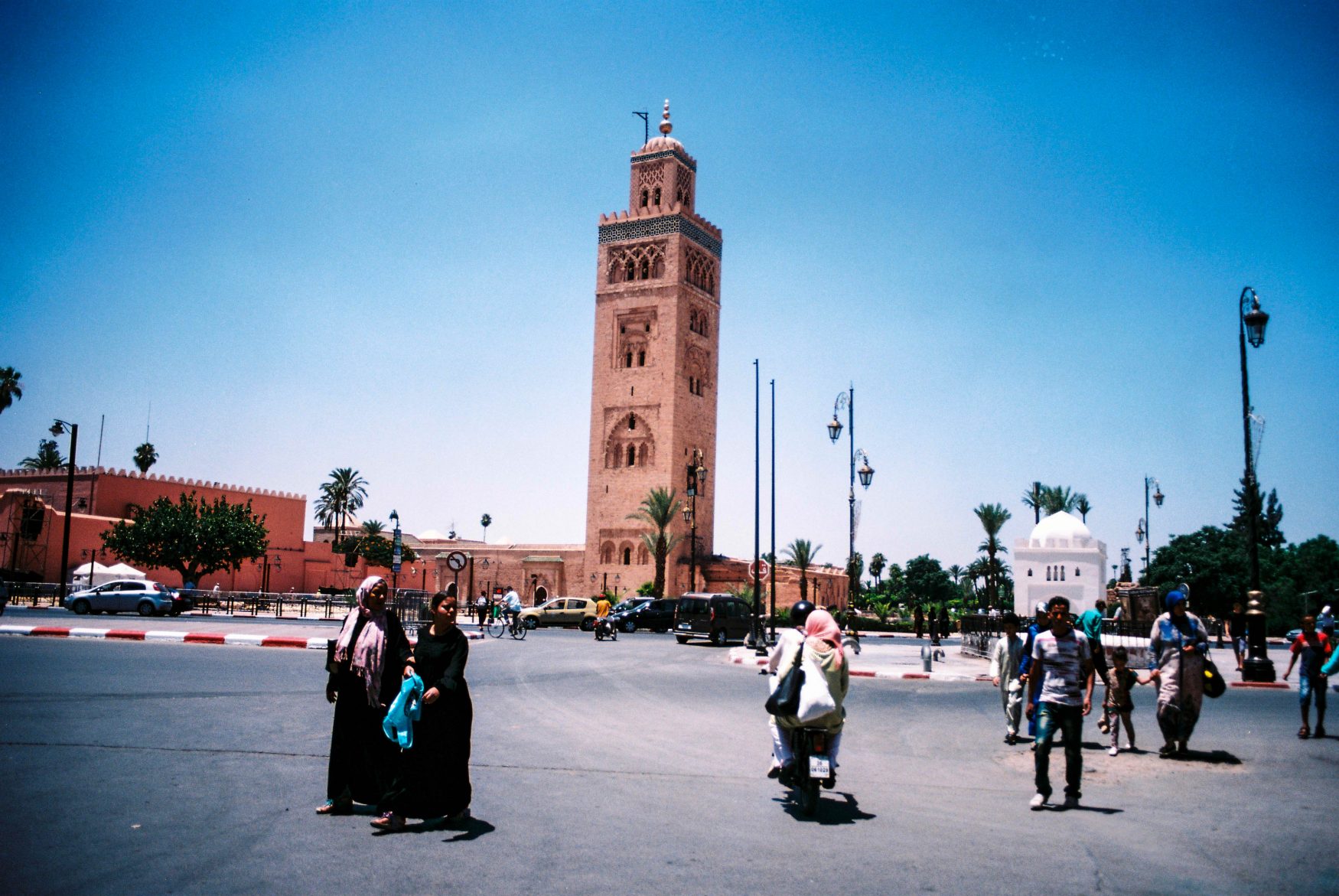 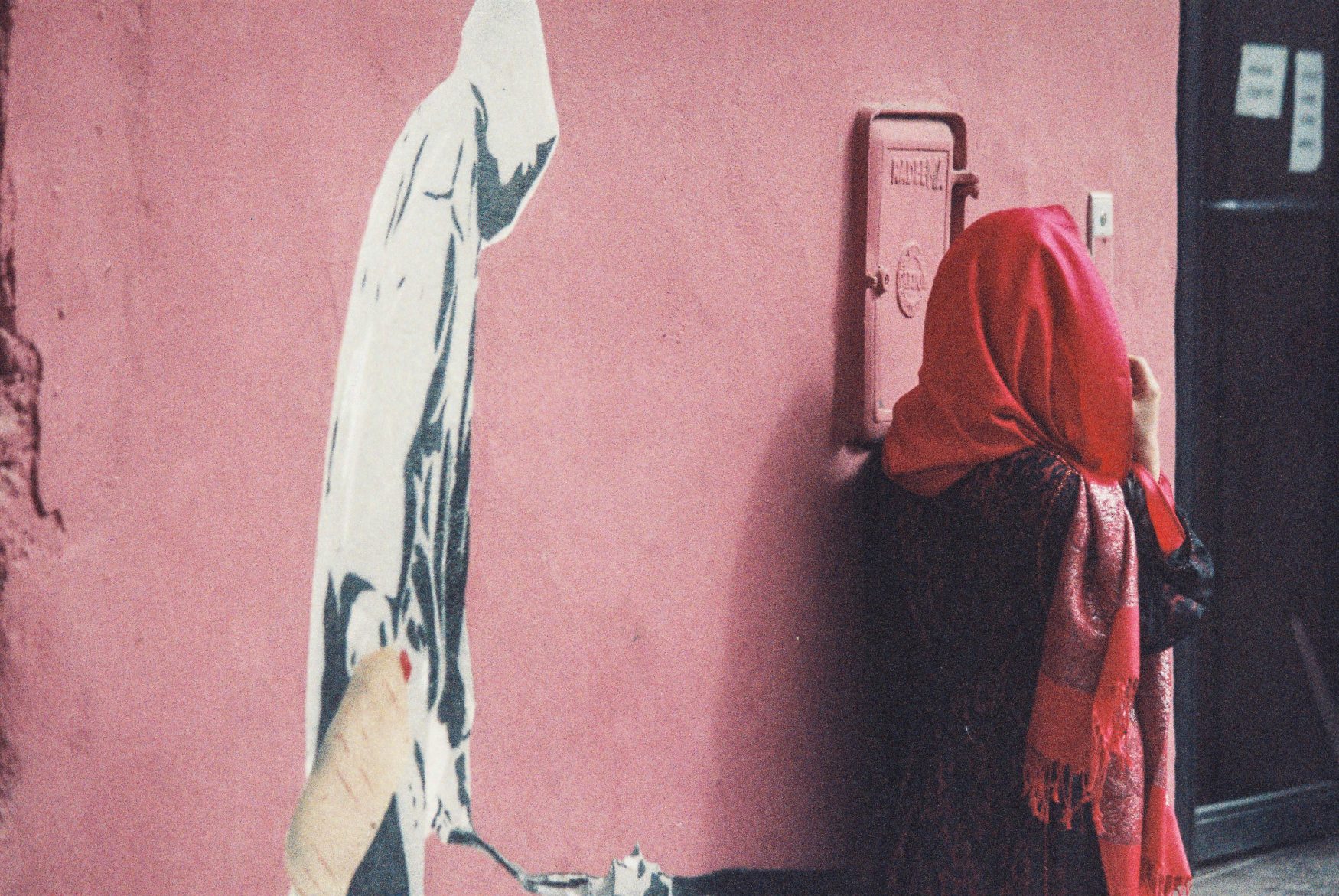 I took a mix of colour films and a telephoto lens planning to get lots of shots of spice sellers and fabric weavers, ironworkers and tanners in colourful detail. In reality, there was less manufacturing going on than I thought there might be and we avoided the tannery area of the city – which is a bit out of the way of the rest of the Medina – except for a brief visit. 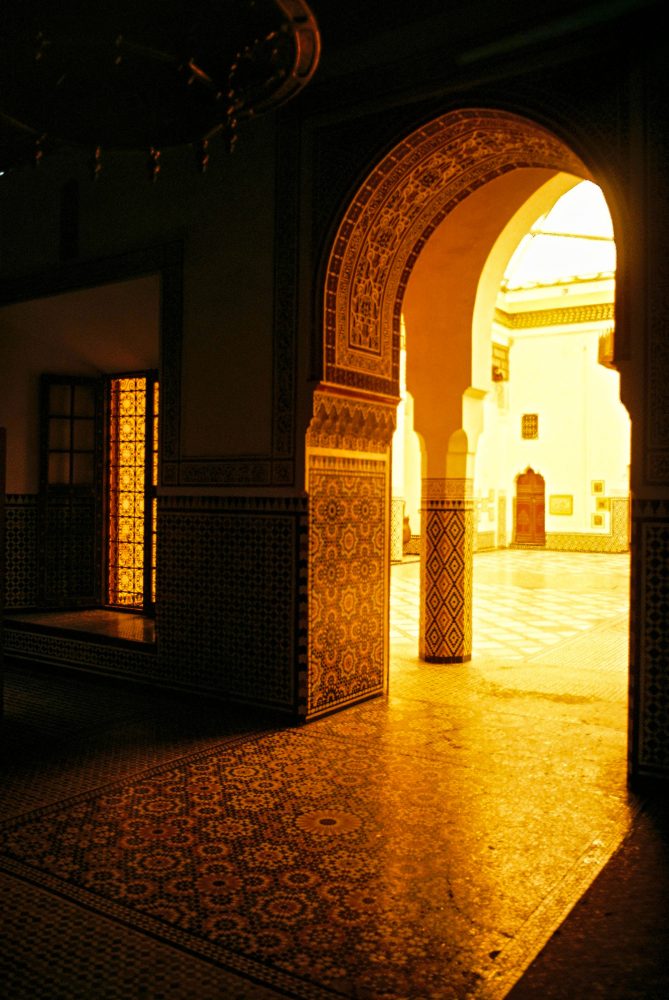 The fact there wasn’t as much manufacturing to be seen might have had something to do with the time of year. We travelled in June 2017, at the end of the holy month of Ramadan and just in time for Eid. At this time, Marrakesh is incredibly hot – 45C (113F) pretty much from 11am to 7pm. In fact, the worst time to be outside is between about 4pm and 7pm as the Sun drops low but doesn’t let up any intensity and the roads and thick stone walls have had chance to soak up the heat.

Everything is hot at this time. Locals know to keep a low profile. There are plenty of people still milling around but there’s a definite lull in activity. This is a good opportunity to retreat to the riad for an hour or so to prepare for the evening.

Being near the equator, the Sun sets pretty early in summer – about 7:30pm – which is the time calls to prayer start to break fast. There isn’t a sudden burst of activity, but people begin to trickle towards Koutoubia Mosque from across the old city. A high vantage point on Jemaa el Fna gives a great view of worshippers walking to prayer and street sellers unpacking their wares to attract the tourists filling the square.

The evenings are the best part of the day. It has cooled a little, but is still very warm and dry. Long nights can be spent eating and people watching from the terraces of restaurants. This is the memory that I will enjoy most from Marrakesh, and the main reason I’ll come back again. 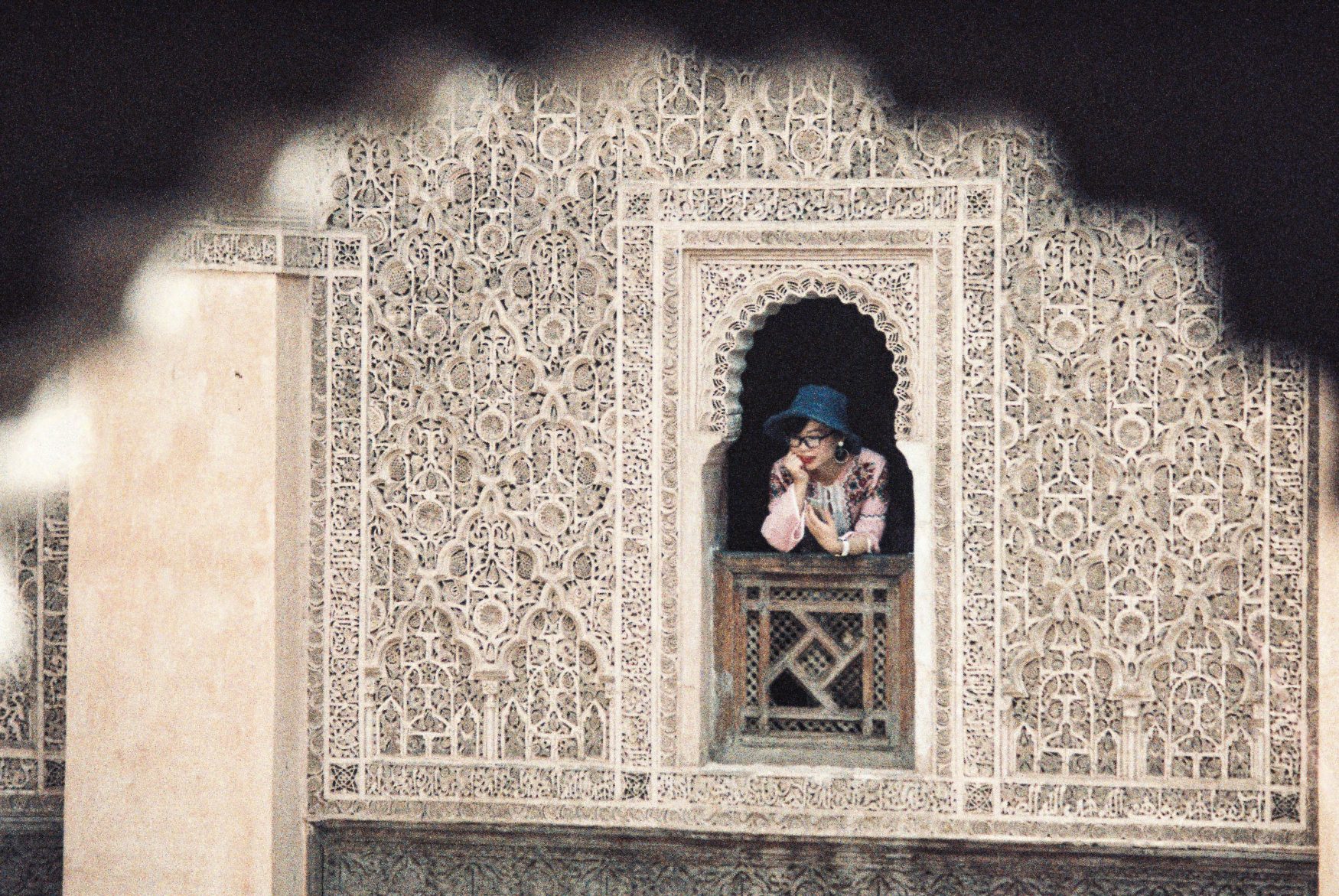 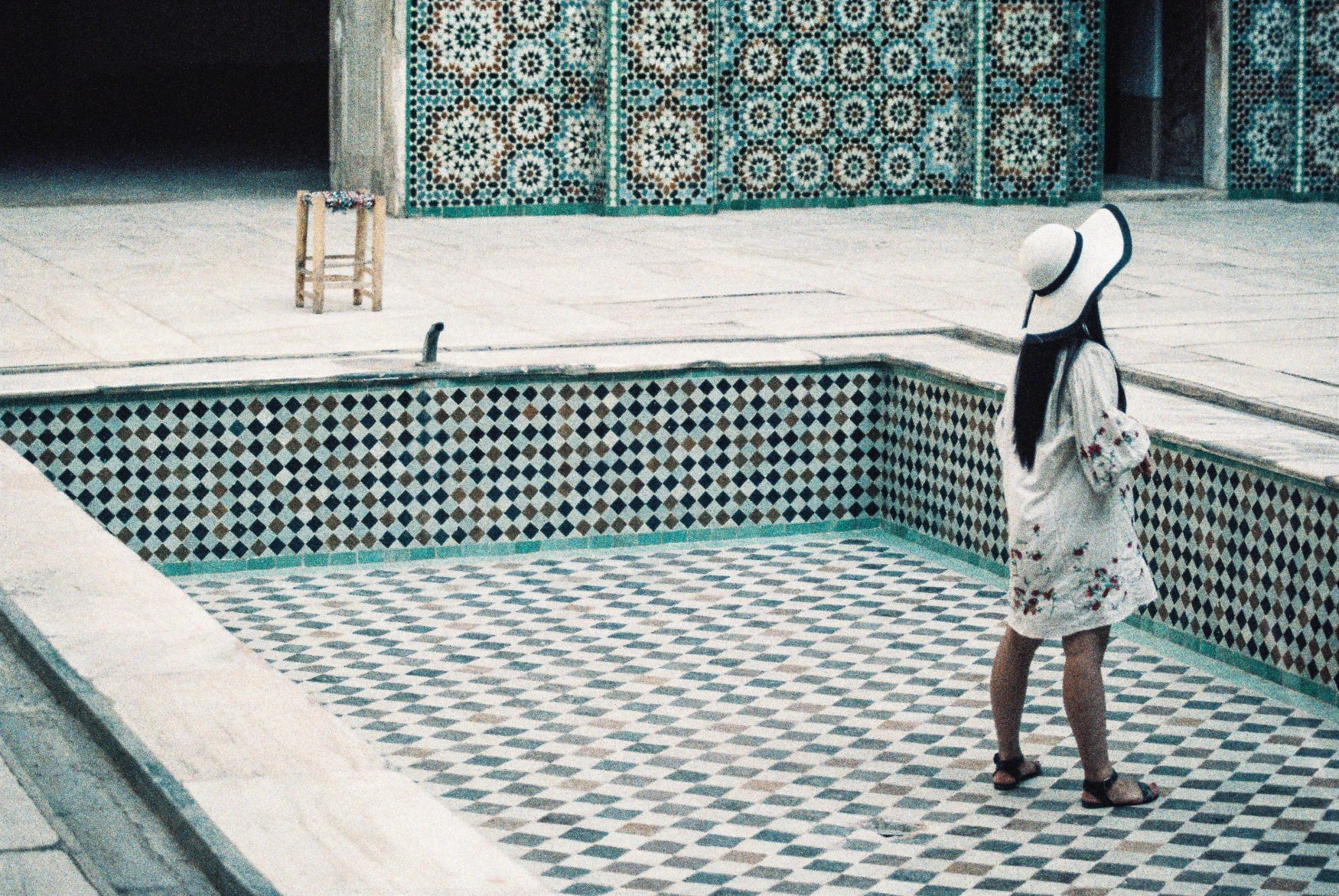 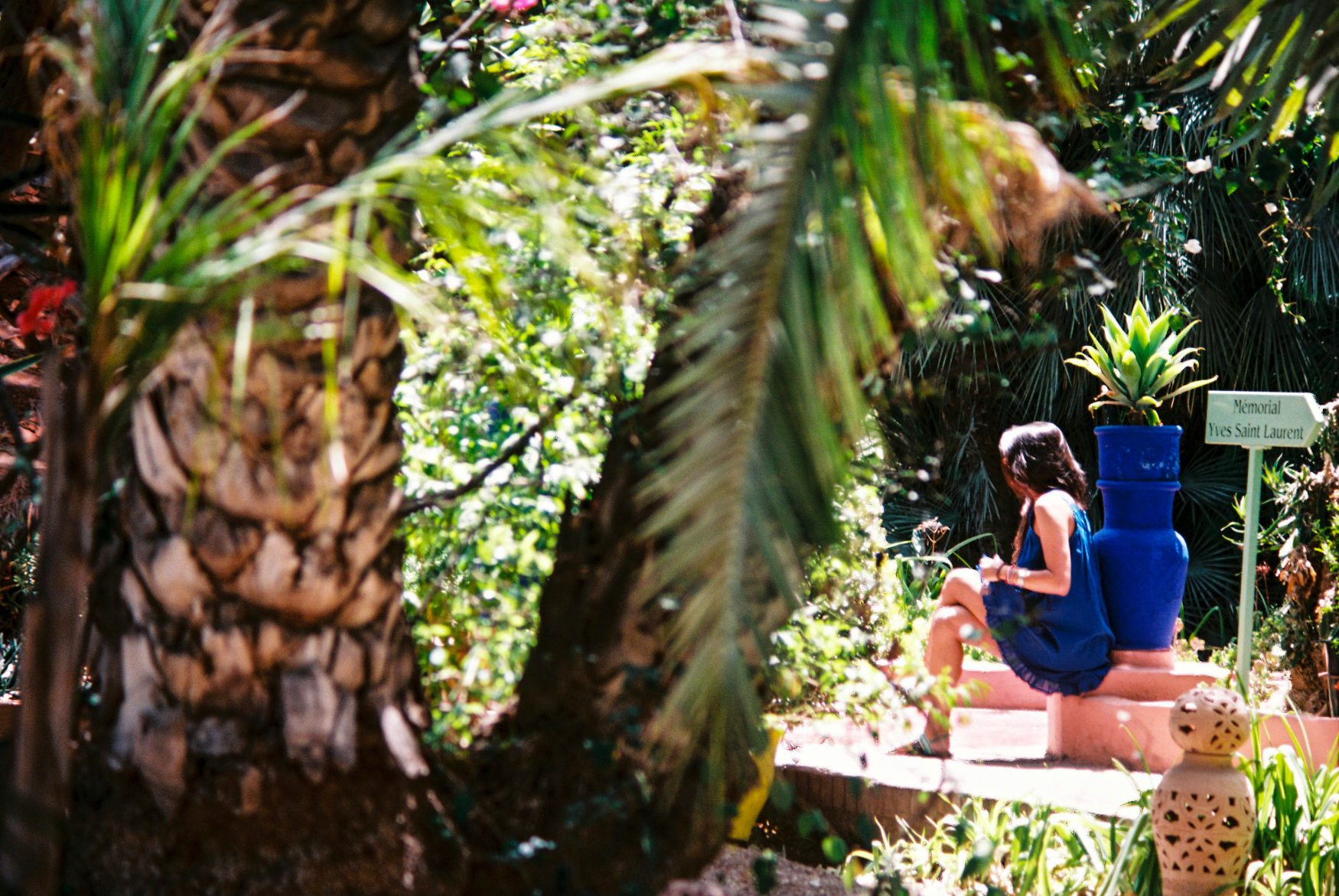 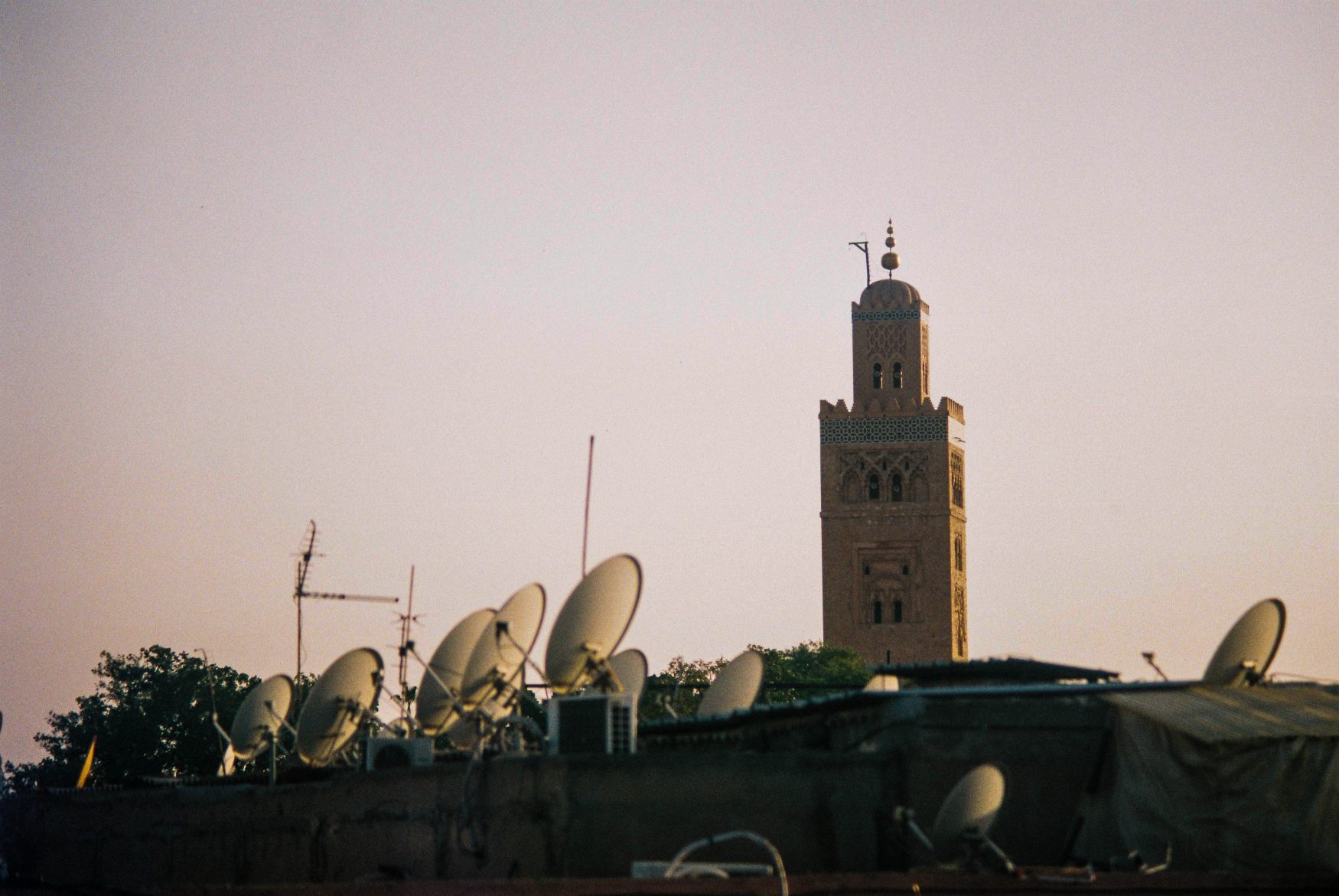