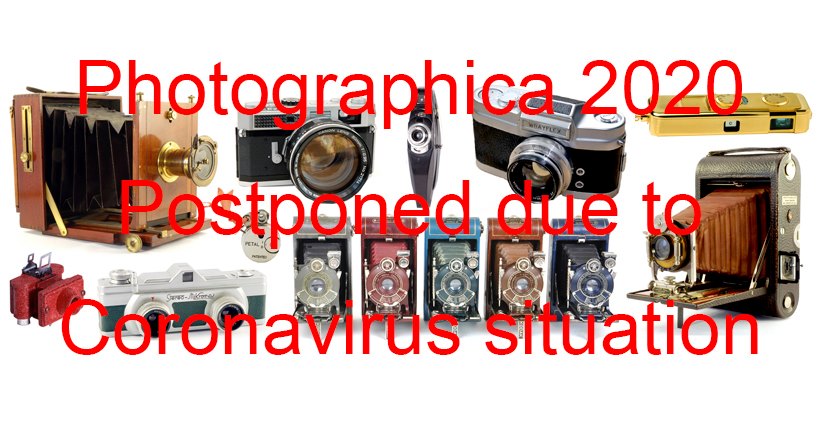 The Photographica camera fair in London, the Photographic Collectors Club of Great Britain’s major UK camera affair, has been postponed until further notice because of the coronavirus pandemic.

The fair, which takes place every year in late May, was supposed to take place on Sunday 17 May this year.

The organisers released a statement via Facebook on Tuesday morning (17 March) simply stating: “Photographica 2020 postponed due to coronavirus situation.”

The postponement follows the 11th hour shuttering of The Photography Show last week, which was supposed to start on 14 March. The event, which draws up to 40,000 visitors a year, will now take place in September.

Photographica usually draws up to 150 camera and photography supplies sellers from across Europe to the Horticultural Halls in London’s Victoria.

A spokesperson from the event told Kosmo Foto: “Photographica 2020, which was scheduled to take place on the 17 May 2020 in London, has now been postponed due to the Coronavirus situation, as yet no alternative date has been arranged.”

The coronavirus has caused shutdowns all over Europe, especially in badly affected countries such as Italy, France and Spain. According to the latest figures released by the World Health Organization (WHO), there have been more than 182,000 cases and 7,100 deaths worldwide.

It is not yet known if two other major film photography events in June – the Bievres Photo Fair near Paris and the Revela-T analogue photography festival in Barcelona – will still go ahead. Kosmo Foto will bring you updates on these when they are announced.