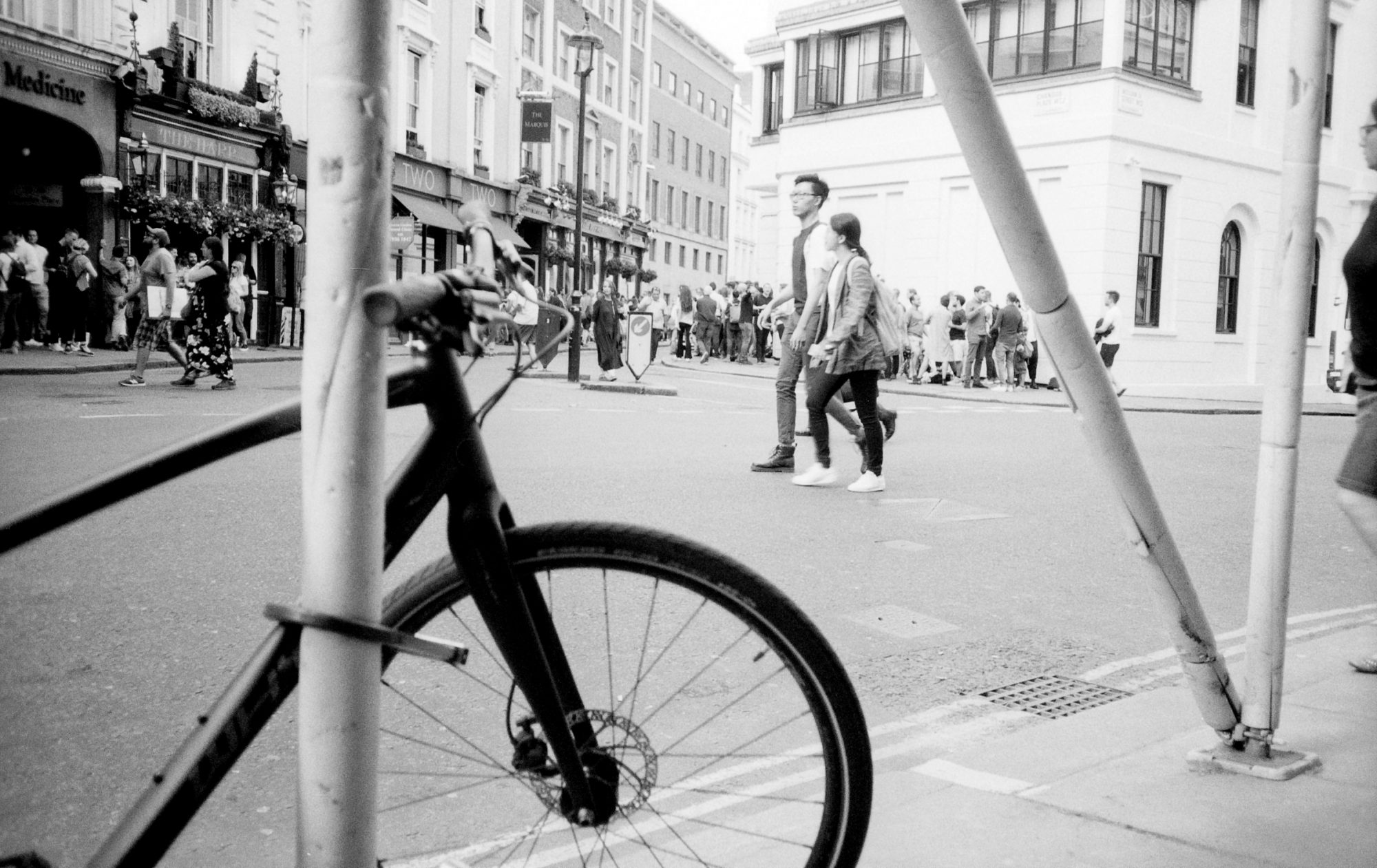 These pictures were taken on a summer’s day wandering around the centre of London. Little did I know then how odd they would look when I came to scan them.

The centre of London has been part of my life for the last 25 years. I’d often pass through it to and from work each day, for meeting mates in a pub, heading to concerts or meals out. Oxford Street – once the Roman road which led west out of the city – is one of the main bus routes in and out of the city and its longest shopping street. It’s the home of Top Shop and Selfridges and John Lewis, the centres of the shopping universe in the weeks leading up to Christmas. Back when I was a music journalist in the 1990s, Oxford Street was also home to the giant Virgin Megastore and HMV record shops, before downloads, streaming and Amazon killed music retailing stone dead.

Before the Crossrail railway project, one of the most complicated ever undertaken in a major city, the corner of Oxford street and Charing Cross Road was home to a kebab shop/chippie that always seemed to be working on overdrive, ranks of post-drink revellers lining their stomachs for the bus or Tube ride home. Only in the small hours did the crowds peter out. 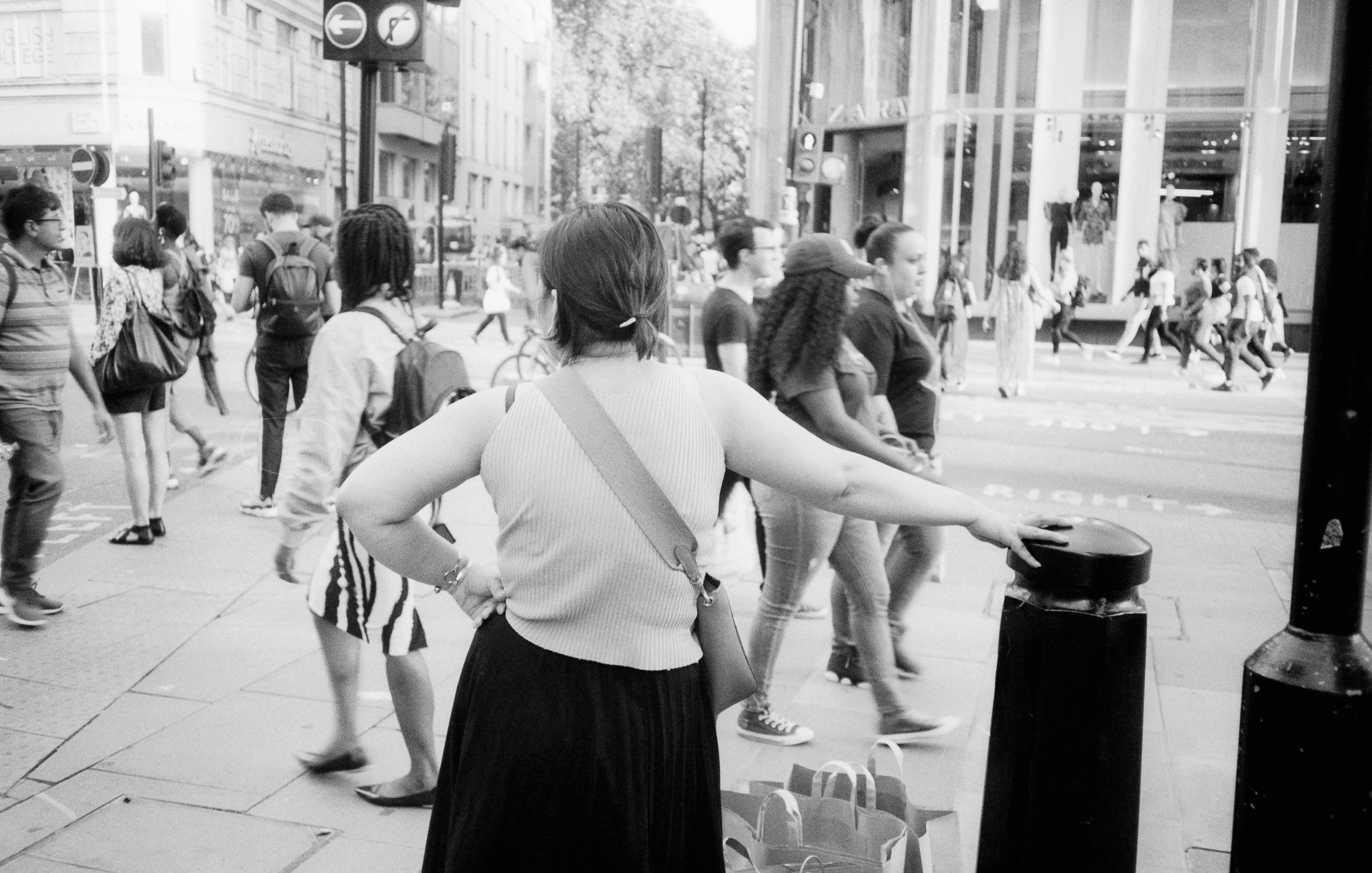 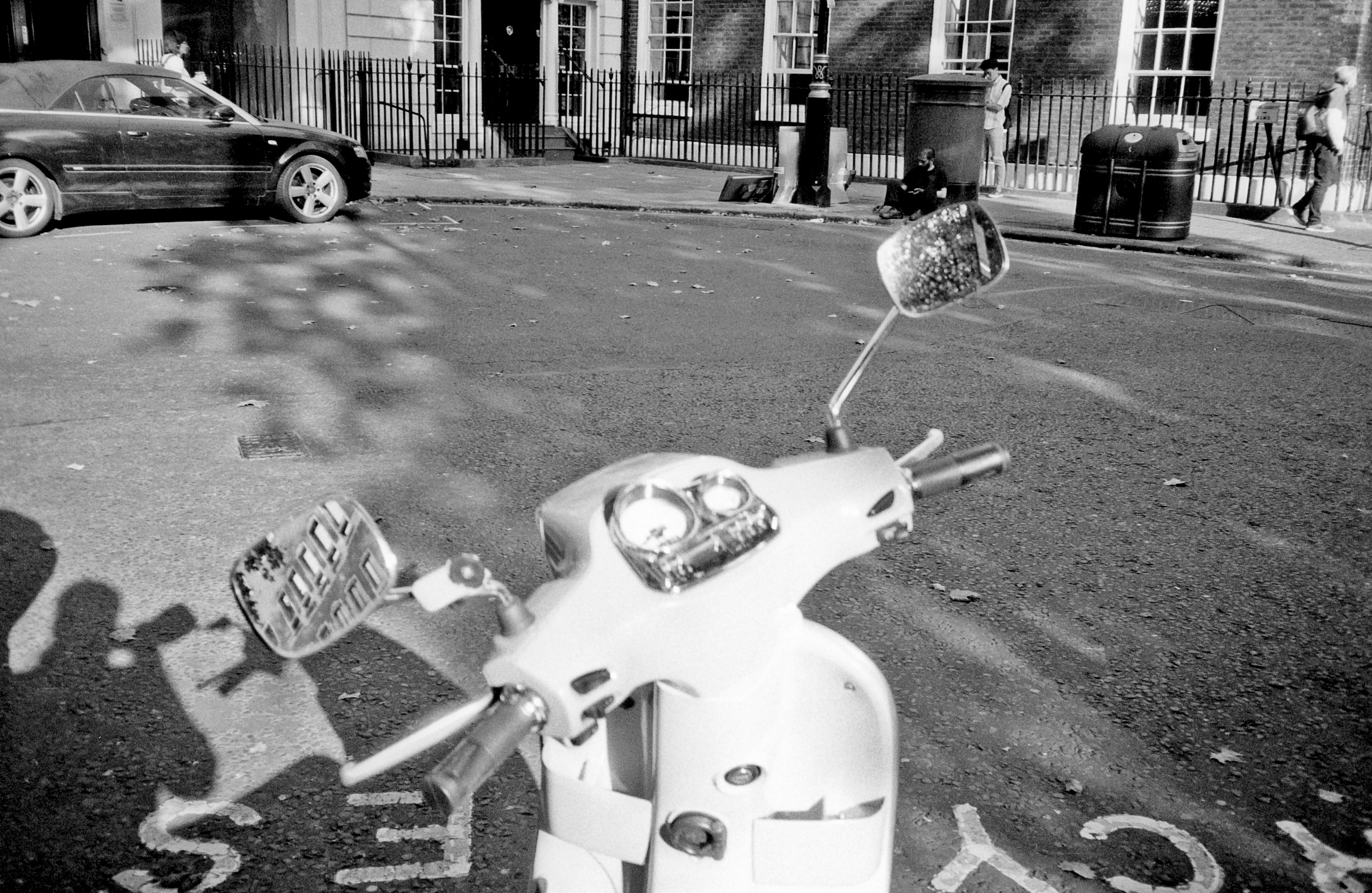 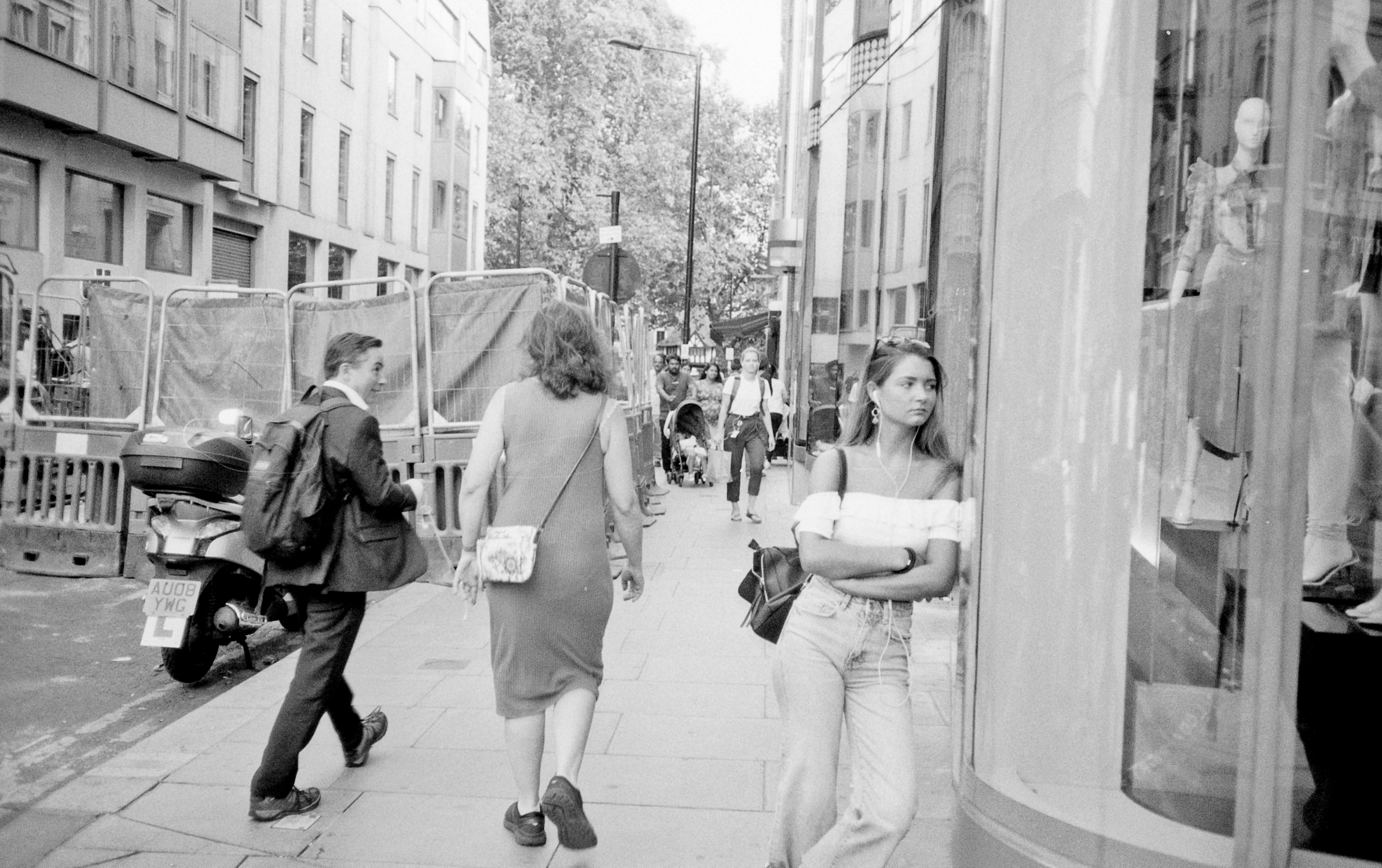 You can probably lay the blame at any of a number of camera reviews on Hamish Gill’s 35mmc, but I first started getting into shooting compacts 35mm cameras about 10 years ago. Which is odd because the camera that definitely put me on this whole analogue journey was the pocket-sized LOMO LC-A which I bought some 20 years ago. Then, a decade or so ago, I discovered the Olympus XA and the pint-sized poor man’s Leica, the Olympus 35RC. The drawer now full of compact cameras tells you this might have just opened the floodgates.

I’d never heard of the Pentax PC35AF-M until I appeared on an episode of the Sunny 16 podcast with Anil Mistry, a photographer and film camera devotee who lives near Brighton. We were both asked what we though under-rated compact cameras; I chose the LOMO LC-A and Anil chose the PC35AF-M. He said the lens was tack sharp and the camera’s lumpy, 80s design had prevented its prices from going through the roof.

A few months later, wandering around the Photographica camera fair in London, I found one with a price tag of £15. Anil’s description had been right on the money; if it turned out the camera had been designed by a prop designer from ‘Knight Rider’, I wouldn’t have been surprised.

The PC35AF-M isn’t the smallest or the most elegant compact camera on the block, but it makes up for it in a couple of other ways – a fantastic lens and ease of use. It’s not the quietest camera around – few 1980s AF compacts are – but on a busy street it’s not the worst either. The camera only has a handful of autofocus stops (much fewer than an Olympus Mju-II, for instance) but the on a sunny day depth of field will look after that. The camera has a nice Olympus XA-style clamshell cover that closes with a satisfying snap. I bloody love it.

This was the first roll of black-and-white film I put through the Pentax. I often find myself loading cheap and cheerful colour print film or even cross-processed slide in cameras like this; it adds to that ‘80s holiday vibe from these cameras’ glory days. But after shooting a few rolls of colour I knew contrasty black-and-white would look fantastic. The PC35AF-M’s 35mm lens is pleasingly sharp and the autofocus rarely misses a beat. It’s not the quietest camera on the block, but in this spot – arguably the busiest shopping street in Europe – that’s not really an issue.