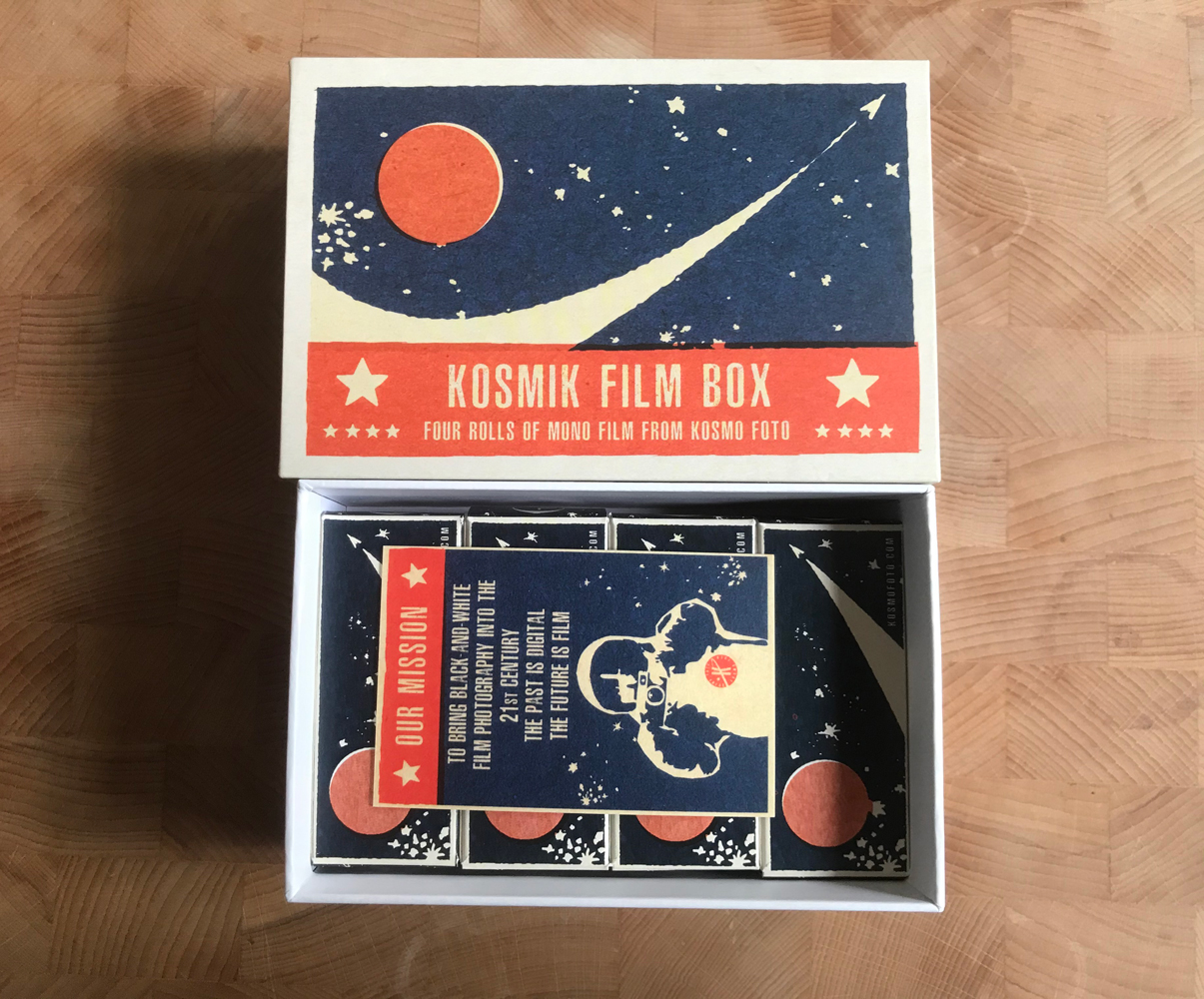 Kosmo Foto is happy to announce that the Kosmik Film Box is now available with 120 film as well.

The box is a wonderful addition to any camera shelf or mantelpiece when it’s not being used, and when the film is shot, you can use it to store any other bits and pieces that might need organising – filters, spare parts, stickers, anything you like.

The box is a strictly limited edition run – once they are sold, that’s it.

The film box will only be available through the Kosmo Foto Shop – you won’t be able to buy it from any retailers.

The boxes are already in stock, and ready to be sent out.

Don’t forget, 35mm film boxes are also in stock if you prefer to shoot 35mm film.