Film photography isn’t quite the polluting business it was in its heyday, but it still creates a fair amount of waste.

In the wake of revelations about marine plastic pollution back in 2017, Kosmo Foto published a post finding alternative uses for plastic canisters – everything from taking your salad dressing in with your lunch to work or keeping matches during a camping trip.

But it’s not just the plastic canisters that have a use after shooting film, as Marina Llopis, a film photographer based in Bristol in the UK, has shown.

Llopis, who posts on Instagram under the name @ifwefilm_, recently posted an image of seedling post made out of used metal film cassettes.

“These past months I’ve developed a huge passion for growing plants (in fact you have to come see my living room, it’s turning into a jungle!) and one day when I was on Instagram watching stories, I saw a story of a girl (@moonbangoo_dream) who inspired me to use film canisters as adorable lil’ plant pots,” she told Kosmo Foto.

“ I have a huge obsession with collecting rare and old film ccassettes so I literally have a suitcase full of them that I have kept from the lab (I have been working in labs for several years) and film cassettes that I developed at home.” 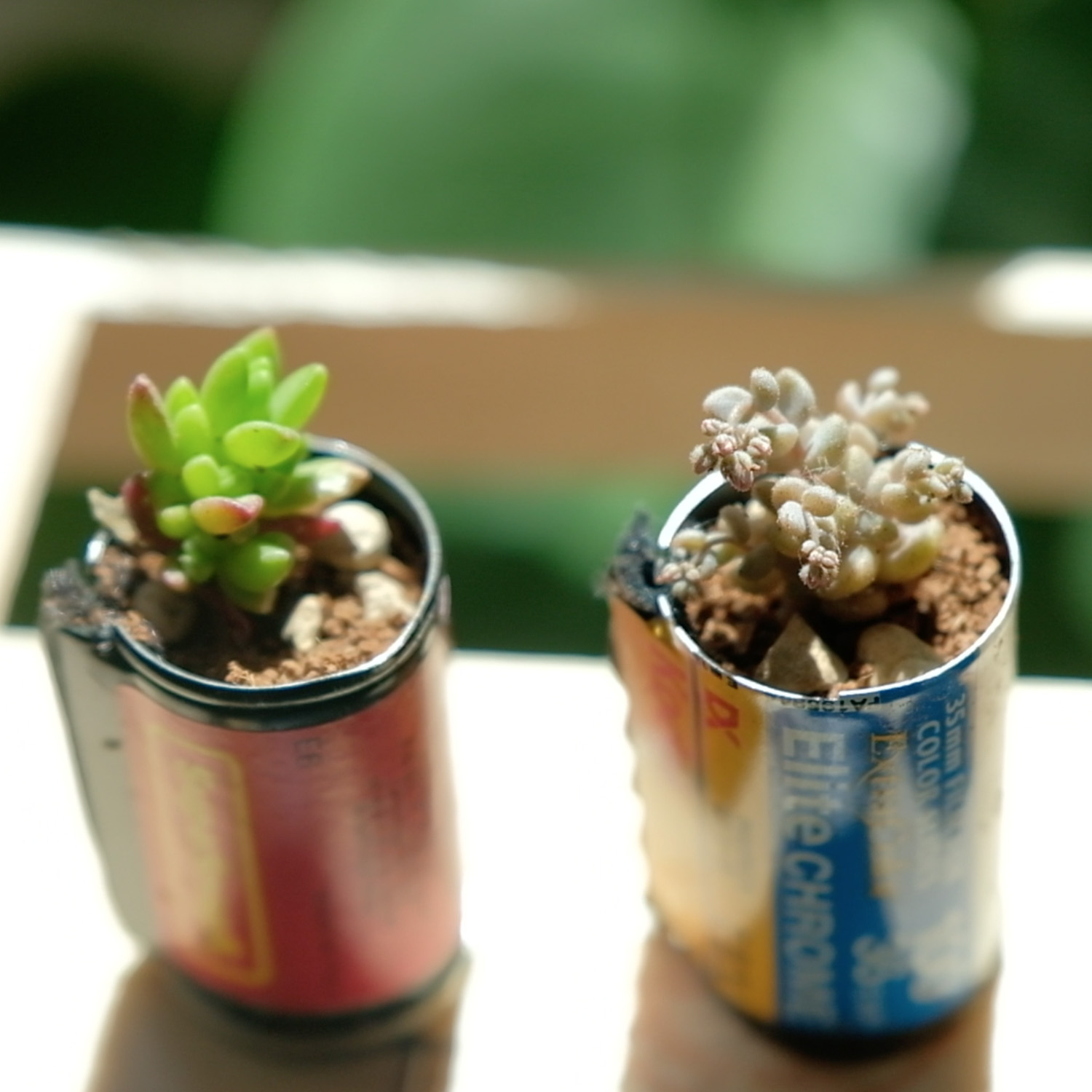 Llopis says she is currently using the cassettes to growing succulents because they are  “extremely easy to care for”.

Llopis, who works in a film lab in Bristol, says she has been trying to lessen the waste footprint of her hobby. “I am a little tired to have to dispose so many films cassettes (a lab can easily accumulate 100+ in a week). So I’m always looking for ways to give them some use apart from the pure decorative purpose. In fact my next plan is to fill a whole wall of film cassettes and use it as a background!”

She says she is also looking to re-use plastic canisters as a way of growing plants. “I’m planning to grow different plants in the plastic pots, put a small suction cup on the back and fill the glass wall of my shower with them. It will become my second plant propagation station!”

What a wonderful idea! I like the assortment of colours in the photograph. I send my film to a lab. I’ll ask them to return the empty canisters so I may try this.