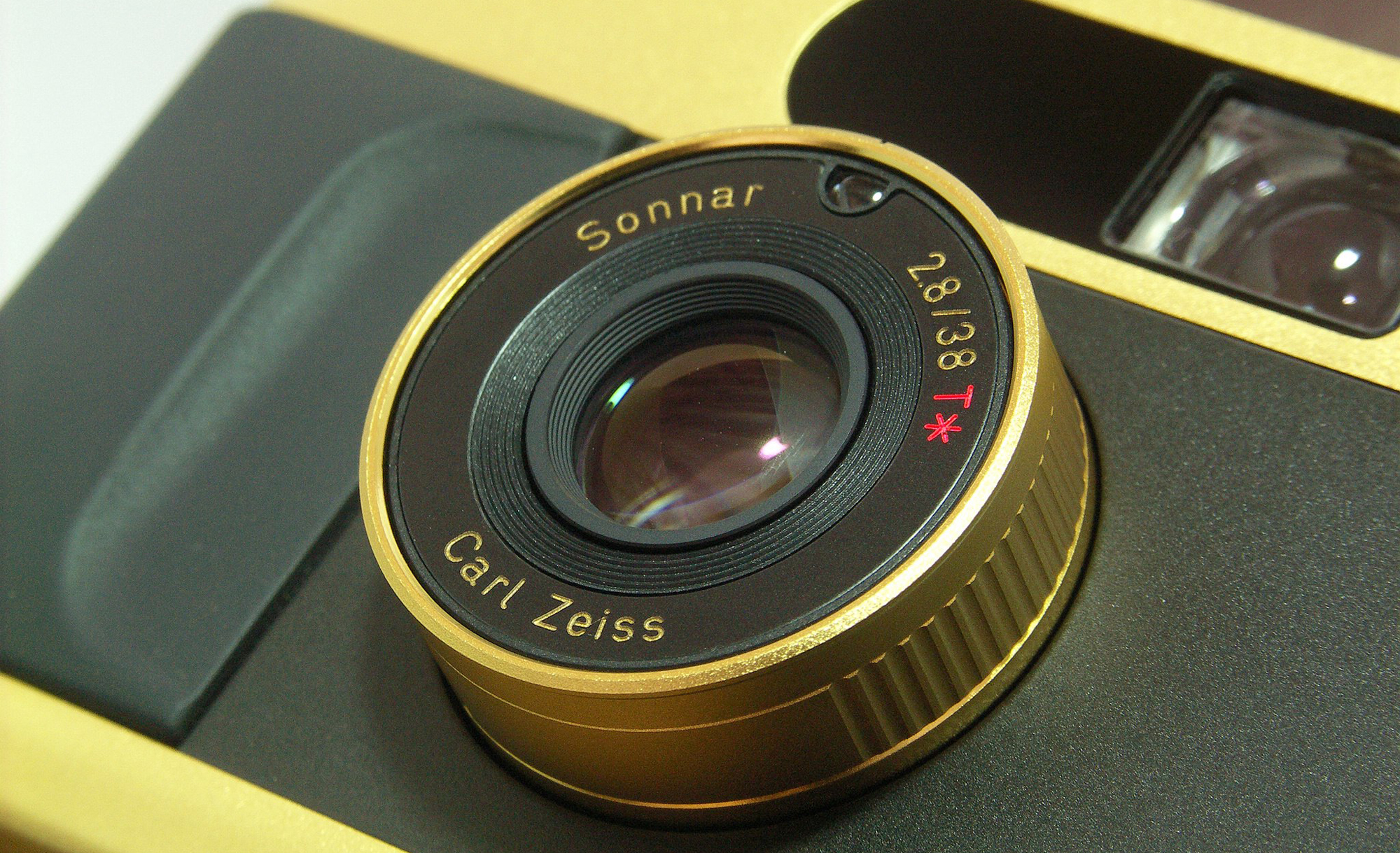 In the 1990s, auto focus compact cameras were a dime a dozen. Literally every camera maker still standing came out with compact cameras aimed at holidaymakers and those whose photographic ambitions never went beyond point and shoot. Some of them, however, came out with select models aimed at photographers looking for a little bit extra (even if that extra sometimes leaned more towards aesthetics than superior performance).

The sub-genre of “premium compacts” existed for little more than a decade, but their allure is still strong some 20 years later. That’s partly due to a surging interest in film – especially, it seems, in those too young to have shot in the first time around – and the infectious attention from smartphone-era social media.

What was once a tiny subset of film cameras has become a cult, fuelled by their Instagram-friendly adoption by pop stars, Hollywood royalty and influencers. It’s a bubble Kosmo Foto wrote about back in 2018: it has still not burst.

Take the Contax T2. Released by Japan’s Kyocera in 1990, the T2 was a rival to Leica’s equally high-end Minilux. Its makers Kyocera packed a 38/2.8 Zeiss lens into a stylish, pocketable, streamlined body. In the UK, they cost a not inconsiderable £600 on release (more than £1,300 in 2020 money). Today, you might be lucky to win one on eBay for £600, but prices are more likely nosing £850 to £1,000 for a boxed example with its accessories. Buy one for a camera dealer and the price will higher – perhaps as high as £1,200. The T3, the even more advanced successor to the T2, now costs even more.

Once you figure in inflation, the cameras cost now a little more than they did when they were first released. When the T2 was released, one of the most advanced auto-focus SLRs on the market was Nikon’s F90, a camera aimed squarely at the kind of “professional consumer” (prosumer) market which would also buy the T2. F90s sold in 1990 for around £1000; even today, with its stock rising thanks to blog reviews and more YouTube attention, a decent working example rarely costs more than £75.

Comparing prosumer SLRs to luxury compacts is obviously a flawed comparison, but there’s some sense behind it. Both of these cameras highly specified cameras aimed at those photographers who didn’t necessarily earn money from their cameras but wanted the most modern features. Premium compacts like the T2 weren’t professional cameras, they just brought some of the advanced electronic metering and autofocus of the cameras aimed at professionals into a stylish body to match your equally stylish carry-on luggage.

Relative scarcity is obviously part of it. It’s nearly 20 years since many of these cameras were last made, and it’s worth making a comparison here – what other items of 1990s consumer electronics do you continue to use day-in, day-out, two decades later? Portable CD players? DVD players? Unlikely, I would imagine. One thing that inflation-adjusted price doesn’t take into account is 20+ years of wear and tear. Premium compacts like the Minilux and the T2 are not Nikon Fs or Leica M3s, built to take pretty much anything the world can throw at them.

If you live in a handful of major cities like Tokyo, London, Berlin and New York, these premium compacts can still be repaired. But repairs are not simple and not cheap. The stock of manufacturer spare parts dried up years ago. Now, repairers buy parts-only bodies for spares and cannibalise them. Any recently repaired premium compact is likely to have parts from other now non-working examples. And even the parts cameras cost a bundle these days.

A friend of mine, a keen T2 shooter, had a mishap with his T2 that required a minor repair. It set him back around £400.

The joy of specs

There were a few areas where cameras such as the T2 or the Minilux or Nikon’s 28 or 35Ti really showed the everyday compact cameras a clean pair of heels: metering, shooting modes and autofocus. This was where the camera’s electronic brain really went to work to help create perfectly exposed images. The comprehensive autofocus – many more possible zones to set the lens at – also meant you were more likely to get the shot in focus.

This is obviously a lot of helpful tech to squeeze into a small body, and doubly so when SLR cameras with similar specs cost around 50% more. But that’s no longer the case.

So let’s say you choose not to spend £1,000 ($1,250 in the US) on a compact cameras and decide to look for something equally small but a lot cheaper. What exactly are you missing out on?

Depending on what you go for, you’re likely to lose some of the following:

Doesn’t look good does it? Except here’s the thing you need to ask: how many of those are you going to need?

I have a draw full of compact cameras from the 80s and 90s, and the cost put together of all them falls far short of the money I’d need to stump out on a shop-bought T2 with a six-month guarantee. One of them, Olympus’s first AF compact the AF-1, cost me £5 from a charity shop near my house.

I don’t need a T2 to take shots in ultra-challenging lighting conditions, because I’ll most likely have an SLR with me. I don’t expect my compacts to handle this kind of shoot – that’s what I have a Nikon F100 for, another fearsomely advanced 1990s cameras that shouldn’t cost you more than £250.

Are you really going to need a camera with the T2’s complexity and sophistication? How many Contax owners will be relying on its sophisticated metering to take a picture of a night-time street market for the cover of a travel magazine? It’s more likely most Contax T2 photographs will be lab scanned, WeTransferred and compressed to smartphone screen-size for little more than Instagram and Facebook.

The breadth of compact reviews on 35mmc, the blog that initially concentrated on pocket film cameras, shows you these premium compacts were only the very tip of this iceberg. There’s a whole wide world of film compacts out there, many of them ignored in the mad scramble to own one of a few cult models.

Take a look at Pentax’s Espio range (also known as the IQ Zooms in the US): Pentax made 26 different models under that brand name alone. The PC range of a few years earlier numbered nearly 20 models aswell. And that’s just Pentax, unlikely to be the first name that springs to mind when you’re talking about compact film cameras.

The Pentax PC range are particularly interesting. They scream 1980s design; solid rectangles of black plastic with a clamshell cover and a shutter button as red as a warning sign. They were amongst the first generation of auto focus compacts to enter the market in the early 1980s. I bought one of them, the mid-80s PC35 AF-M, last year at a camera show. It has a manual ISO over-ride in case you want to push or pull film. The lens is a spectacularly sharp five-element 35/2.8 lens which can be focused down to 2.5ft (.7m). There’s a backlight switch which adds 1.5 stop of compensation, in case you’re taking pictures with the sun behind the subject. The flash is, by default, off; you have to flick it up for it to be activated. The cost? £14.50.

I’m not going to pretend this visitor from the age of ‘Transformers’ and ‘Knight Rider’ is a meaningful rival to a Contax T2. But neither is it as lowly as that price difference might suggest. (Check out this review of the camera’s predecessor, the PC35 AF, on Mike Eckman’s site, to see just how good the lens on these PC35s are.)

The mad scramble for premium compacts has affected the price of those on the next rung down, plastic-heavy fixed lens cameras such as the Yashica T4 and the Olympus Mju-II that are definitely not as  Both have become incredibly sought after. The Mju, in particular, now commands a price tag in excess of £250 despite the fact multiple millions of them were made. It is a common consumer camera suddenly demanding cult prices.

In an episode of the film photography podcast Sunny 16, I appeared with Anil Mistry, a photographer and creative director who lives on the south coast of England. While Anil has turned me on to higher-end cameras such as Contax’s own Aria SLR (an absolute gem) he’s also not above shooting with cameras with a lot less cult cachet.

“I’ve owned a Yashica T5 and a Konica Hexar AF – stunning cameras but they are a big risk and can brick on you at any time. And are they more “amazing” than other compacts at a quarter of the price? Not by enough of a margin to justify the cost in my opinion,” he tells Kosmo Foto.

“If you can afford one, knock yourself out. But they ain’t gonna suddenly improve your photography. Why buy a Contax T2 when you can get a Nikon F90X and a s—load of stunning Nikon glass for a lot less money?”

He has a point. 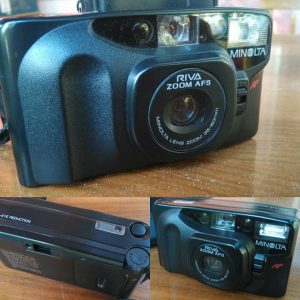