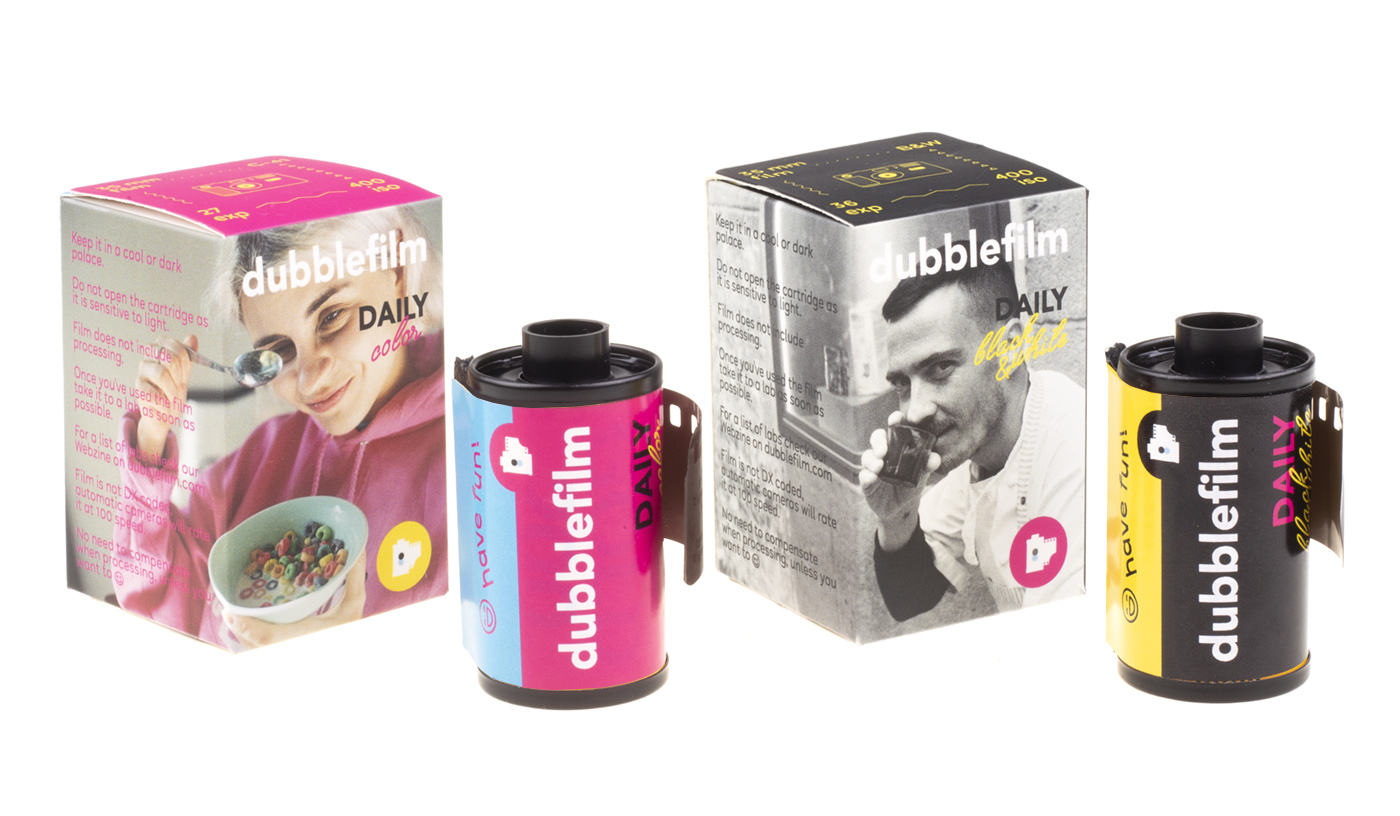 Released under their new everyday brand, one film is colour negative and the other is black and white.

The films are the debut releases in Dubblefilm’s new “DAILY” range. In it press release, Dubblefilm says: “It’s a very proud moment for us at dubblefilm as we welcome the addition of two new films: DAILY Color and DAILY Black & White!

“The DAILY range is designed to offer an alternative to the specialty range of films we produce. An all-round colour and black & white 400 speed film suitable for all shooting conditions and they go perfectly with the SHOW camera that tends to require a faster film.”

As well as releasing a range of tinted colour negative films over the last few years, Dubblefilm released a simple reuseable 35mm cameras last year called the SHOW. A new turquoise version of the SHOW was released in May.

With the release of the new DAILY films, Dubblefilm’s range of films now stretches to 14 different varieties.

I like the fact that they want us to keep the film in the “cool or dark palace” as it’s written on the box. I’m sure people rich enough to own such places are a core of dubblefilm customer base. However its cool to hear about this release.