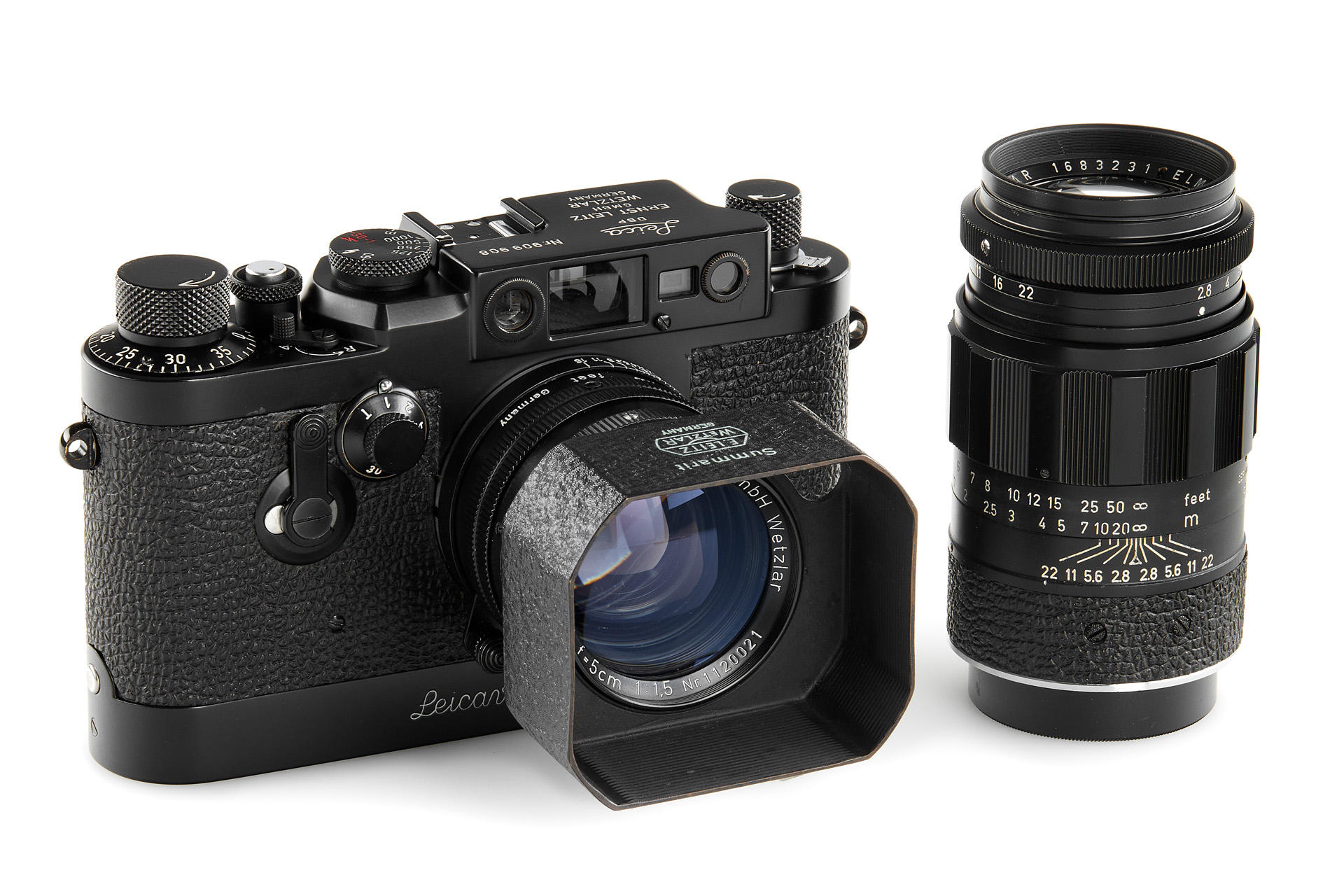 A black-paint Leica IIIg thought to have been made as a test for a short run of cameras for the Swedish military has sold at auction for nearly half a million US dollars.

The camera is thought to have been “made by a Leitz technician as a final test before the Swedish Army version has been issued”, Leitz Photographica said in the listing for the camera.

The price is all the more noteworthy because the outfit – which also included lens hoods and a Leicavit wind-on attachment – was initially expected to fetch between €24,000 and €26,000.

It’s thought the owner bought the camera and lenses at the Dominic Winter Auctioneers in London two years ago for a hammer price of £17,500 – around 1/20th the price the camera sold for in Vienna. The outfit had previously been owned by a customer who had bought the items at auction at Christies in London in 1988.

According to ‘Leica Collector’s Guide’, that customer “took the camera and matching lenses to Leica in Wetzlar, Germany in 1990 for authentication and obtained written confirmation from them on Leica letterhead that it was a genuine original factory-painted black version, apparently produced by a Leitz technician as a final test project.

“The IIIg cameras bore the serial numbers 987901 – 988025 and were additionally engraved with the three “Crowns of Sweden” on the rear side of the top plate,” Leitz Photographica noted in the camera’s listing last year. The model which sold last week sports none of these features.