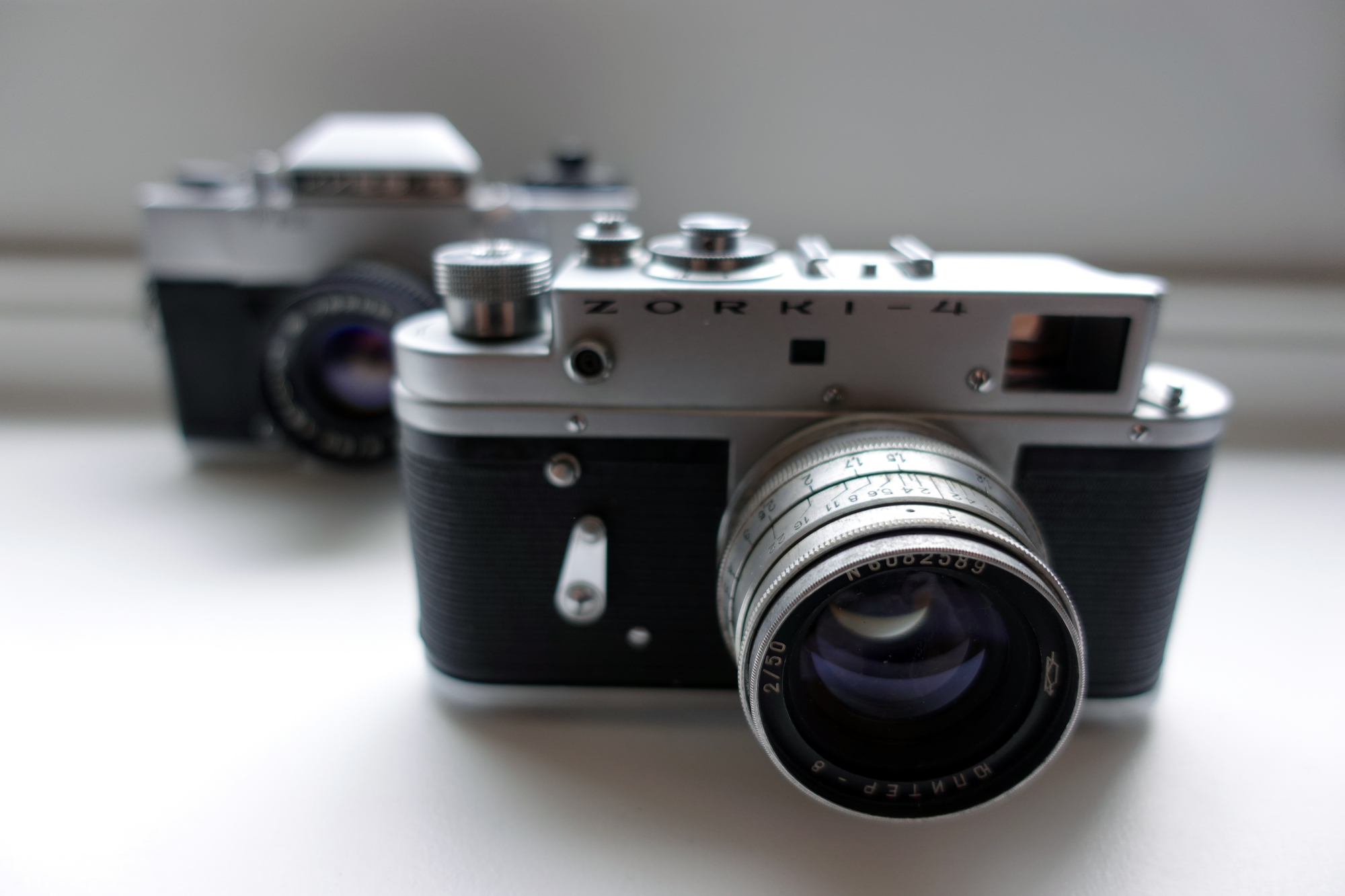 If you find yourself with a rare or much-loved Soviet camera that suddenly stops working, there’s only one thing to do – pack it up and send it back to Russia.

To be precise, Yoshkar-Ola, a city 14 hours by train from the capital Moscow. It’s here that Oleg Khalyavin – as OK Vintage Camera – works nothing less than magic on almost any camera . I know full well just how good a repairer he is: back in 2003, Oleg repaired a pair of erratic Zenit-19 SLRs I’d picked up from a contact in St Petersburg. One of them travelled with me on the Trans-Siberian the following year, and didn’t miss a beat from Moscow to Vladivostok. I still have it, and it still works a treat.

Oleg was a bit of a discovery for someone like me, getting to grips with the vast array of cameras produced in the former USSR during the Cold War. Some of the more common cameras – Zenit-Es, FED-2s, Zorki-4s – were simple and common enough that most repairers would be able to fic them. But venture from the familiar to something more esoteric – Iskra folding cameras, Kiev SLRs, less common rangefinders like the Drug – and more repairer would shrug their shoulders. Not Oleg. He is currently repairing a pair of Zenit-16s, a camera that would baffle most repairers, but which Oleg seems to have a real affinity with.

I interviewed Oleg as part of Kosmo Foto’s long-read on Soviet cameras in January – I couldn’t think of anyone better to pass on tips for finding decent Soviet cameras and keeping them running.

How did you start repairing cameras?
“I started repairing cameras in 1998. But if you count from the very first cameras I repaired, these were my Zenit-ET and FED-3 even earlier, when I was a schoolboy. In 1990 I started collecting Soviet-era cameras. And many of them required repair. So, I started camera repairing.

“In 2001, I started offering camera repair as a service to other people. And I easily got customers. I still remember the name of the person from the UK who sent me about 10 cameras one by one. The price for my service was very low. But I always did the repairs as efficiently as possible. I made a name for myself as a repairman for old cameras.

“As time went on, I gained experience and reputation. For a long time, photo equipment repair was a side business to my main IT job, but since 2016 I have chosen camera repair as my main business. Vintage cameras are much more interesting than IT for me. And now, after more than 20 years have passed, I know almost everything about the internal structure of Soviet cameras and a lot about the structure of cameras from other countries.”

What are the most common issues?
“The main problem with vintage cameras is the natural aging of materials. Yes, metal doesn’t age. But inside the old photo camera we can find cloth, rubber, glue, grease. The fabric breaks down and loses strength, the rubber becomes brittle, the glue loses its binding properties, and the lubricant becomes a hard and thick substance, like glue. 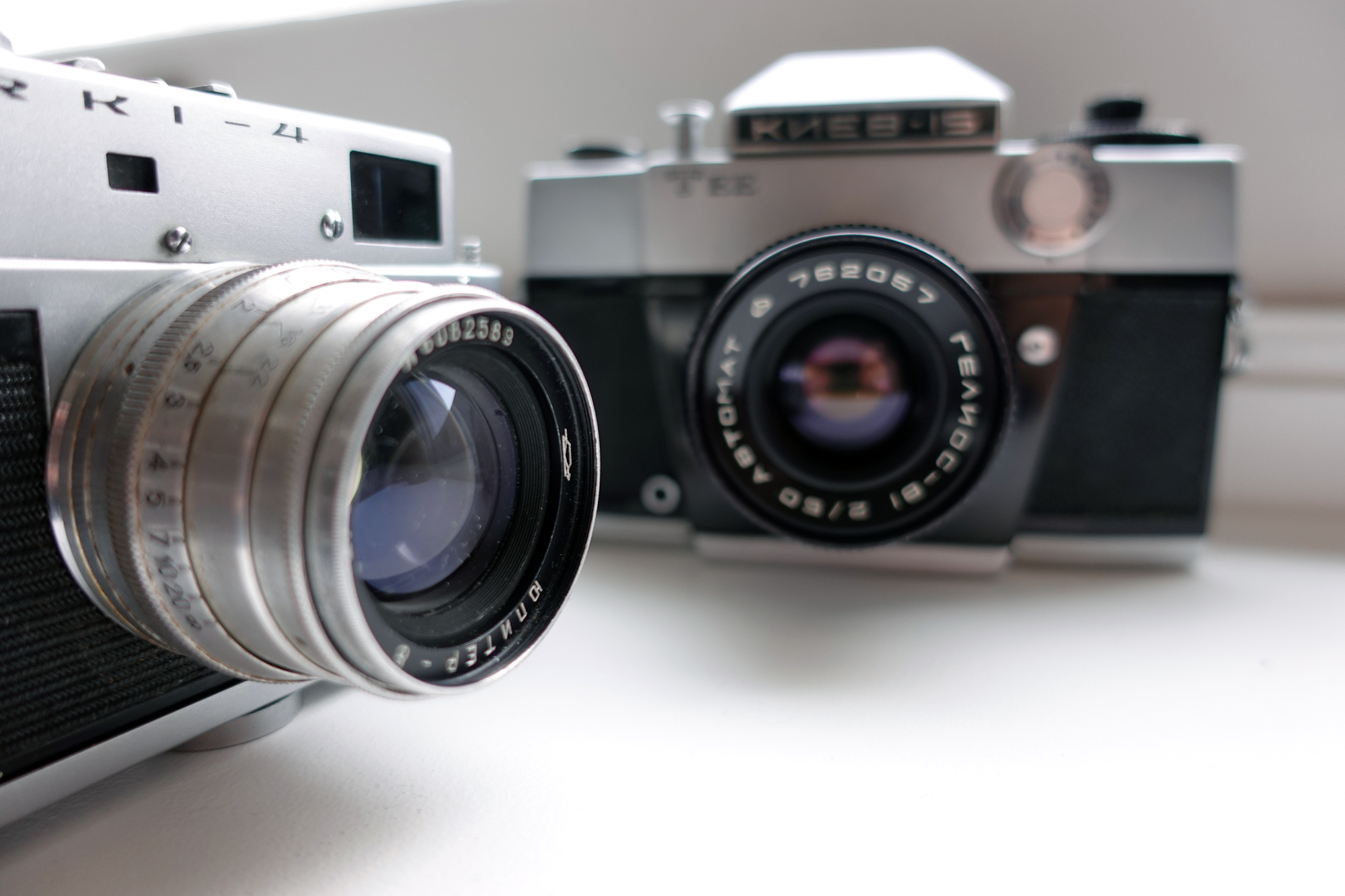 Due to these reasons the parts that should move stop moving, glued together with old grease. Optical parts fixed in place with glue begin to move randomly. Fabric ribbons break, rubber curtains lose their rubber coating. Time does its job.

“Therefore, in order to restore the camera, you must completely clean it. You can’t just lubricate the parts by adding a drop of oil to the old grease. The old grease, together with the dirt, turned into hard substance. It is necessary to completely disassemble the camera, wash off the old grease, replace the fabric ribbons and cables, replace the rubber curtains, re-glue all the parts that were glued, lubricate everything, assemble and adjust. Only with this will the camera work for a long time and reliably.”

Why do Soviet cameras have a reputation for being unreliable?
There are many myths about the unreliability of Soviet cameras. Actually it is more a myth than a truth. Soviet industry was focused on the mass production of millions of cameras. And the vast majority of these cameras worked flawlessly. In order to understand how this myth appeared, we are must understand the ideology of the Soviet economy. The most important thing for the economy was the total amount according to the state plan.

“It was for the sake of quantity that Soviet factories preferred to produce the same camera models for a long time, and during the production process, the cameras were simplified as much as possible. German cameras developed towards complication, and Soviet ones towards manufacturability and simplification and cost reduction of production. Such development fully corresponded to Soviet ideology: maximum production for more people. In such mass production, of course, there were problematic items. But the absolute majority of cameras worked well.”

Why did the myth about the low quality of Soviet cameras appear?
“Today we judge about Soviet photographic equipment from cameras that have come down to this day. They are cameras more than half a century old. They are cameras that have not received any care and maintenance for all these years. If today, we take any mass-produced  Soviet camera and service on it, then it will work well and flawlessly.

“Very different results were obtained with Soviet cameras which were produced in small quantities. These are not mass-produced cameras, usually they have a complex design. 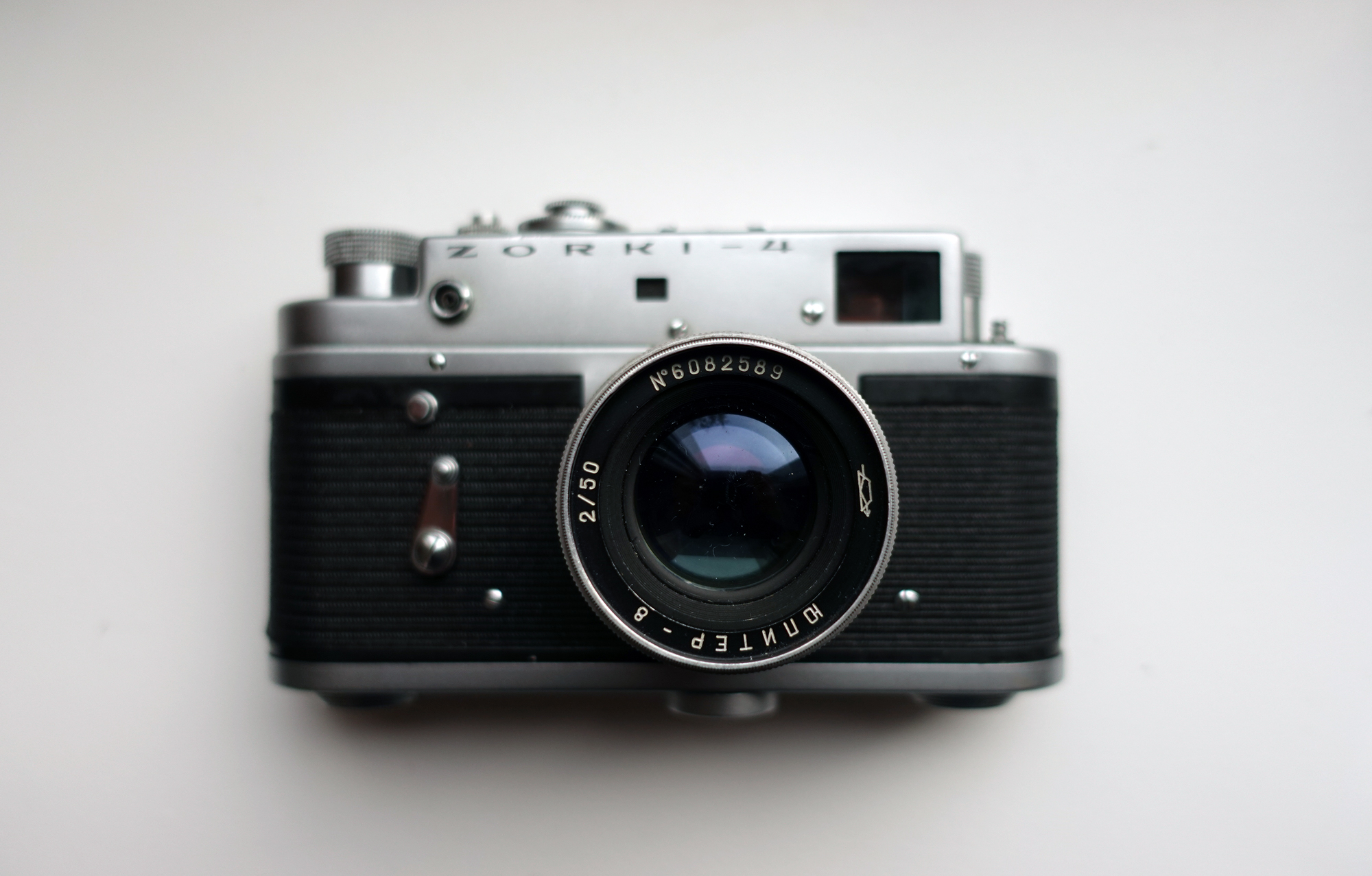 And it is these devices that are problematic and unreliable. The sophisticated techniques did not fit into the Soviet ideology of mass production. Usually, these devices have an interesting design, but they are made at a low technological level. The main problem is the low quality of materials and low precision in the manufacture of parts.”

“From the above a simple conclusion – mass Soviet cameras are reliable, and rare and complex cameras are unreliable from the time of release.”

Are older cameras more reliable than more recent ones?
“It is a common opinion that cameras made in the 1950s are better than those made in the 80s. In principle, this is true. This is absolutely true for the factories FED and Arsenal (Kiev), where the decline in production quality occurred after about 1975 due to the growth in production. It should be noted that such a drop in quality did not happen at KMZ (Zenit, Zorki). Zenits made in the 80s are no worse in quality than cameras made in the 60s. But in general, if we consider the period before 1975, all cameras are approximately equal in quality.”

Which cameras would you recommend?
“I have an exact answer to this question. This is Zorki 1 or FED-2. Both of these cameras have a simple design, are made with a good technological level and they are mass produced. They are always easy to find on sale, and most likely they will work even if they have not received service for their entire life. And if you find such a camera after it has been serviced, consider yourself lucky. A well-maintained Zorki 1 or FED-2 with repaired curtains is able to work for a long time and reliably.”

Is it better to go for a clean, shiny camera or one in more used condition?
“It’s good if you find the camera in a “like new” condition. Clean camera, with bright chrome and paint without chips or scuffs. However, the excellent condition of the camera may mean that it was not used due to some malfunction! By the way, this happens not so rarely. Don’t be surprised if a great-looking camera surprises you. In any case, such a camera is a great find, and after servicing will become a real gem from the past.

“But if you find a camera shabby enough, it usually means the camera has been working reliably for a long time. Most likely this camera will work for a while.”

What should people avoid?
“Cameras that have been stored in poor conditions should always be avoided. Humidity, temperature changes, fungus –these definitely kill the camera. If the camera shows signs of corrosion, if it smells bad musty and mouldy, you should not try to use such a device without additional maintenance. Fungus is especially detrimental to optics and rubber on curtains.

“And I would recommend avoiding any complicated Soviet small produced cameras. Leave them to collectors. Let them stand on the shelf. These cameras shoot no better than usual FED-2, but they can cause a lot of problems when shooting.”

And the best cameras?
“It’s probably impossible to choose the best one. But in my opinion, an excellent choice is Zorki 1, released in 1955 or 1956. You can easily recognise this by the long serial number with leading digits 55 or 56. This camera has a rigid die-cast body, high-quality workmanship, and at the same time it remains in its design a Leica from the 30s. Many years of mass production led to fine-tuning of the design and technology to perfection. This camera is simple, nothing superfluous. And it’s incredibly stylish, like the classic Leica. And there is some charm in the bottom film loading!

“I myself prefer Zorki 1 to all other cameras. Zorki 1 is compact and handy, especially when using folding lenses.”

Are more people wanting to use these old cameras?
“In recent years, there has been an increasing of interest in film photography. It should be noted that young people are interested in film technology. Especially those who were not familiar with the chemical imaging technology before. The interest in film arises among representatives of the ‘digital generation’. And it’s nice. The trend exists in Russia and throughout the world. Of course, film photography will never recover to its previous volume. When we need a utilitarian use of photography, then digital technology wins, no doubt.

“But film photography will undoubtedly remain in application for art as a pictorial tool. Something like painting.”