A new book launched on Kickstarter shows the history of cameras via dozens of broken models rescued from the workshop of a now-retired Swedish camera repairer.

‘After Exposure – A Cyclopaedia of Broken Cameras’ by Swedish photographer and publisher Nils Bergendal was inspired by a trip the author took to get his camera repaired at the workshop in Malmo, in western Sweden.

Christer Anderson, the repairman in question, began as an apprentice to a camera repairer in the mid 1950s before setting up his own studio in 1966.

“He has been working for over 60 years and innumerable cameras have been repaired and made functional under his supervision,” says Bergendal on the book’s Kickstarter page. “But not every one of them. Cameras beyond rescue have ended up in the workshop’s spare parts depot. This is the shop’s true wealth: gears, circuit boards, mirrors, aperture blades—indeed, every conceivable spare part can be found here.

“Christer’s workshop is now closed and the scrap depot fills up my home. My draw towards these discarded cameras was incomprehensible and troublesome at first. I eventually started sorting, identifying and systemising the cameras. Out of the scrap, a marvellous history emerged that takes us through the camera’s stages of development from the 1950s to the present. So much human effort and ingenuity dwells in the discard.

“For me this book is a still life; it offers us a moment to really see the camera, instead of the opposite.”

The book features 62 different cameras from the golden era of film through to the first generation of digital, with some historical information plus Anderson’s opinion of each. The full list of featured cameras can be seen below, and includes everything from cheap Soviet staples to more luxurious examples such as the Hasselblad 500 and the Leica CL. The books cost from €30 for pick-up in Malmo to €43 for a signed copy to be sent anywhere in the world (other postal costs will be added). 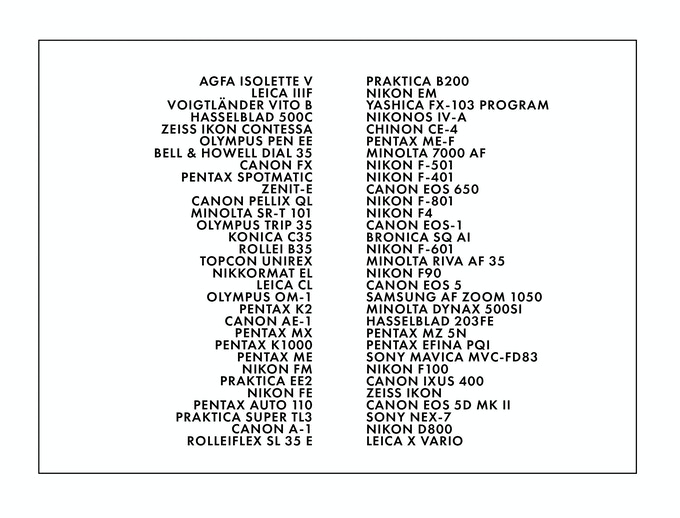 “Christer and his wife have taken refuge in a remote and corona-safe island in the Baltic Sea,” says Bergendal. “His workshop has been taken over by a mobile phone repairman. And I, I’m sitting here with these cameras which I hope with your help will be blessed with a long life in this book.

The project is looking for around $4,000 and by time of writing (Tuesday 16 February) had almost reached its goal. The Kickstarter ends on 15 march and the books are expected to ship in April.

Would be nice one for point and shoots also