For many budding photographers during the Cold War, a Praktica was their first SLR.

Prakticas – made by the giant Pentacon conglomerate based in the East German city of Dresden – were produced in their millions. From 1969, Praktica’s M42-mount L-series became one of the most popular SLR lines in history, with a bewildering number of models kept in production almost until the end of East Germany itself.

From 1980, Praktica also produced a new family of manual-focus SLRs with the Praktica B (bayonet) mount. The cameras gradually added more and more features (making their M42 cousins still in production look decidedly old hat), ending with cameras such as the BX20, the first Praktica SLR to have TTL flash metering. Electronically timed  shutters – previously only seen on the EE range of M42 SLRs – also became standard.

There was, however, one major feature none of the Prakticas featured: autofocus. So Pentacon’s engineers apparently rolled up their sleeves and set to work on coming up with a new design that would take the Praktica line into the 1990s.

The winds of change (cue the music) put paid to one of the great lost projects of the East German camera industry. While no actual cameras appeared, there are some intriguing glimpses into what might have been the first in a new Praktica autofocus SLR family: the Praktica BY60.

Two Praktica AF models were initially planned. According to the excellent Praktica Collector site run by Dr Mike Otto in Dresden, the first would offer two different exposure and autofocus programmes and the other would offer four. Each of them would have an LCD display on the top-plate, showing the programme mode chosen, the frame number, battery level and shutter speed. LEDs in the viewfinder would relay information about the shutter speed, flash and programme mode chosen. One of the pre-series development models for this camera was called the BY20 (the camera pictured in this article).

Other features earmarked for the new camera included, according to Praktica Collector: 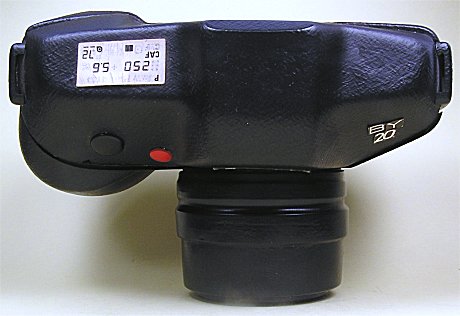 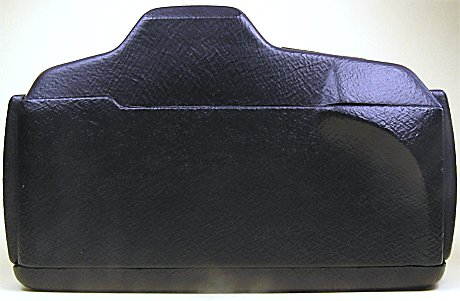 As the comparison table on this page shows, Pentacon intended the new camera to compete head-to-head with the flagship autofocus SLRs made in the West – a big challenge considering the camera would have been their first AF effort. While the Praktica B series of SLRs were a definite leap forward from their M42 brethren, their construction sometimes let them down; cameras like the B200 earned a spotty reputation for their electronics.

Pentacon created a functional specification document (FSD) in November 1989, estimating that the camera’s development costs would cost them around 15.7m East German marks (around 3.92m West German marks, or around $4.4m in today’s money). Bear in mind that Pentacon was a heavily subsidised state company, so this is probably an artificially low cost.

The BY60’s development coincided with a rush of political upheaval in the Soviet-aligned countries of Eastern Europe. As Pentacon was preparing for the autofocus revolution, East Germans climbed the Berlin Wall, the symbol of their exclusion from the rest of Germany for nearly 30 years. By the middle of November, politicians in both Germanies were preparing for the country’s reunification after nearly 50 years of separation. This did not bode well for the Praktica plans.

After three design models had been built – engineering mock-ups, and not actually working prototypes – the Praktica BY60 was cancelled in June 1990. Pentacon is reported to have spent 23m East German marks on the project before it was axed. The first lab models of the camera’s intended lenses were supposed to start construction in May 1991 – with the project shuttered nearly a year before, none of them were ever built. Pentacon expected the first production cameras to emerge in 1994.

The only traces of the camera today are a handful of images on Praktica Collector of the BY20 concept and a copy of the functional specification document (FSD) held at Dresden’s State Archive. Had the reunification of Germany taken a half-decade longer – the autumn of 1995, perhaps, rather than the autumn of 1990 – then Pentacon’s space-age SLR might have indeed made it into the world. It might have then become the only German autofocus SLR to come into production.

After reunification, Pentacon had so many spare parts for the Praktica BX20s cameras left that a scaled-down production line run by Schneider Optics continued making them until 2000.

If you want a sense of what a production Praktica BY might have looked like, then Pentacon’s old budget-SLR stablemate KMZ released a camera with more than a hint of the BY60’s development models some years later. The Zenit-KM Plus, released in 2004,  had a similarly flowing body design, though the top plate offered little more than a Knight Rider-style frame counter and focus was still resolutely manual.

I was going to crack a joke on the level of “yes, WE determine the focus and exposure for you!” But, given the dashed hopes of this design, I’m more inclined to quote Dame Judi Dench’s line from the “reboot” of the James Bond thriller ” Casino Royale”: “Christ, I miss the Cold War!” Because, politics (somewhat) aside, it might’ve been quite something to see what might have happened here. Praktica were thought of as quite provincial here in the West, and the idea of bringing this to market would’ve shaken up things quite a bit. But at least we… Read more »

You’re welcome to ignore the blog if you wish.