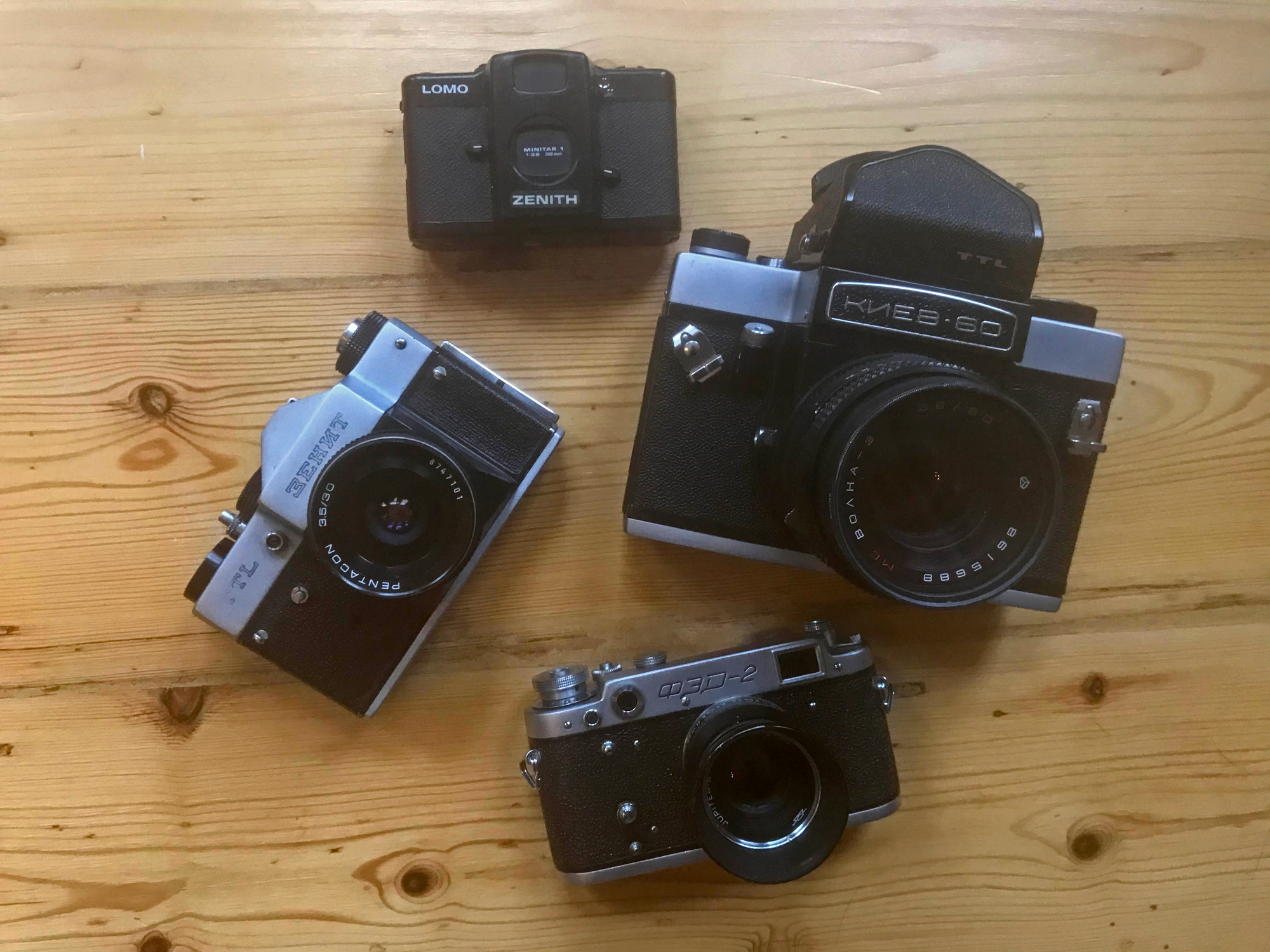 During the Cold War, the Soviet Union had the second-biggest camera-making industry in the world.

Western models were almost impossible to buy in the USSR, and in order to support and develop its photographic industry, alternatives to various Western models were designed and built – in some cases, in truly mind-boggling numbers.

Just how many different cameras were produced between 1917 and 1991 is difficult to pin down, but there were at least 1,200, according to collector Victor Suglob’s definitive book on the subject.

Some Soviet camera designs were truly innovative: the Kiev-10 SLR, one of the first SLRs with aperture priority; the Leningrad rangefinder with its motorised film transport; the Zenit-5 with its rechargeable battery-driven motor; the KMZ Start, the Soviet Union’s attempt to build a professional level to rival the Exakta. And these were just the ones that made it into mass production. There were a huge amount of prototypes and pre-series models too, many of them a complete secret until the end of the Soviet Union.

But these are not the cameras you are likely to find at your local car boot fair or camera shop. To kick off Kosmo Foto’s new YouTube channel, we took a look at some of the most common Soviet camera models, still affordable and easy to find. And, despite the widespread opinion that no Soviet camera is capable of taking a decent picture, these are all very useable and capable of great results.

The cameras we look at in this video are:

Make sure you subscribe to the YouTube channel, as there will be more camera reviews and articles published in the coming months.