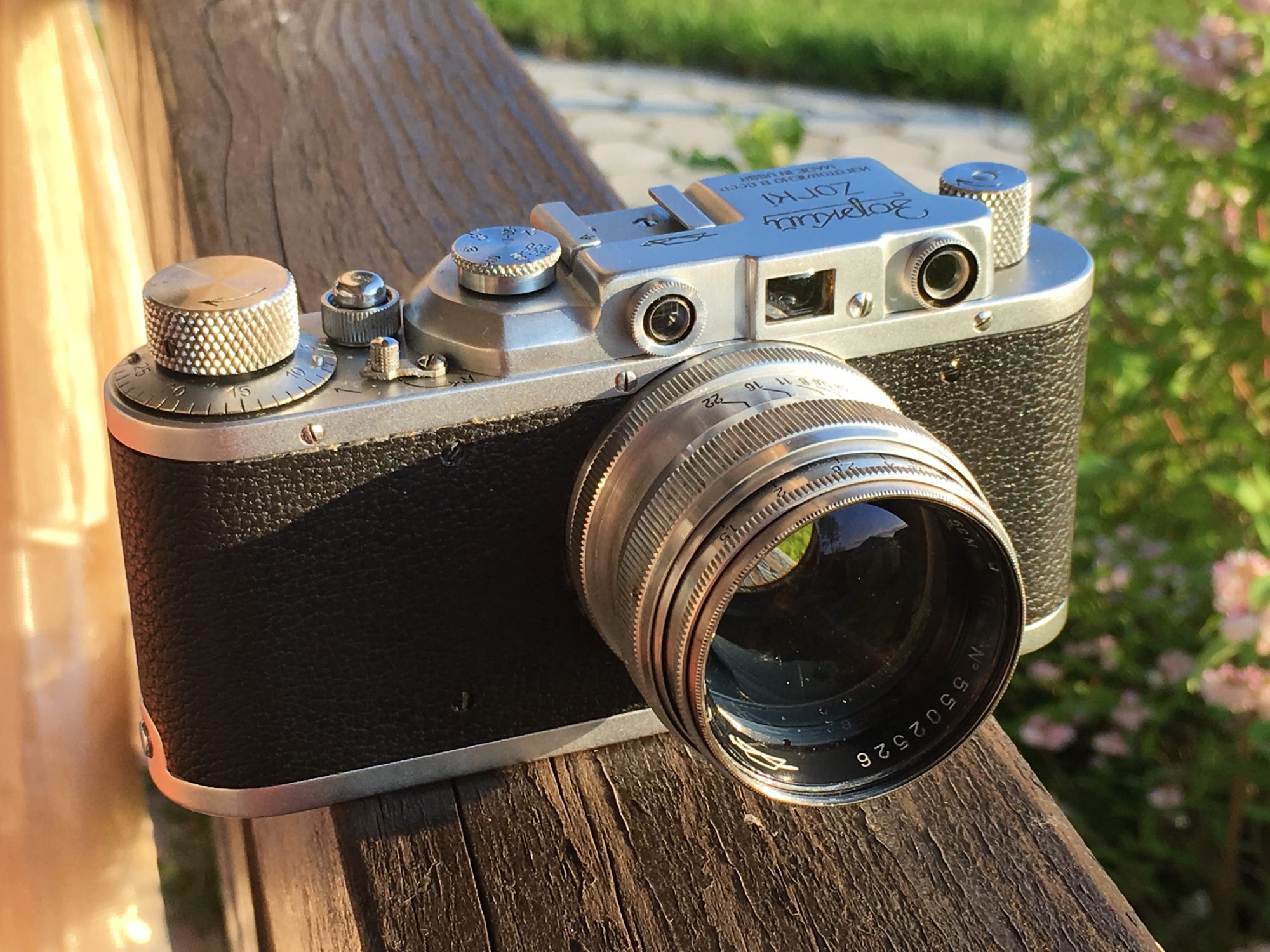 This story started as usual, a guy from Germany came to me with a request to service his camera. After two weeks in the post from Germany to Russia, a Zorki with the Jupiter-3 lens fell into my hands. 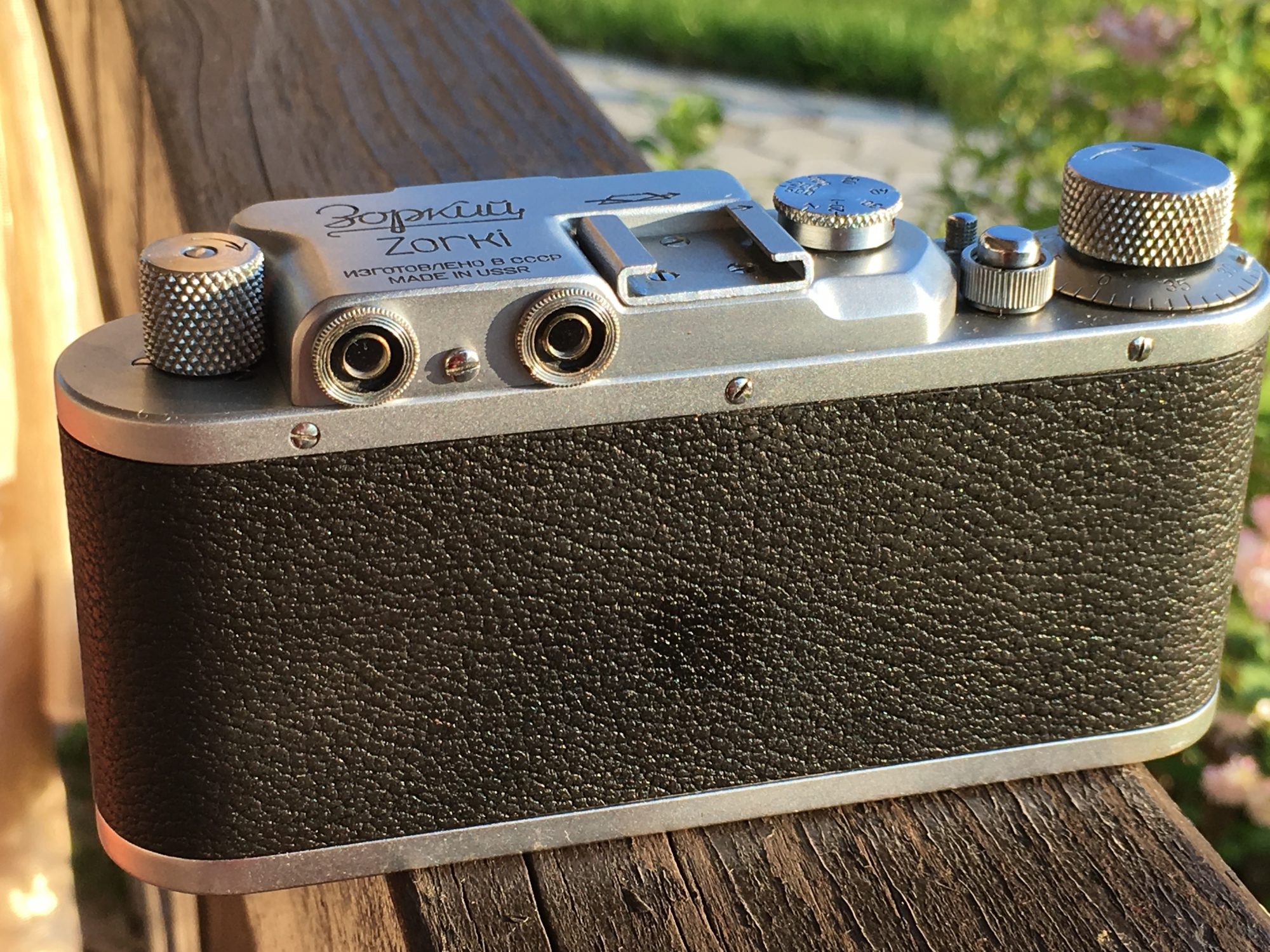 I had some doubts at the time of inspection of the camera. Yes, a very good Zorki, better than usual Zorki! The covering of the body was different, the bottom cover from marked in German. The lower flat spring, the nuts on the axles of the curtain springs, the take-up spool – all these parts were clearly not Soviet-made!

The top cover was definitely made by KMZ. The eyepieces were from a Zorki too. And an important detail is the rangefinder follow cam which was a flat type, not a roller. What kind of strange camera is this?

I wrote a short email to my customer Yaroslav from Germany. Yaroslav gave me a link to the auction site. Yes, indeed, the camera was sold as the Zorki. In the description, the unusual German-labelled bottom cover was mentioned. So, Yaroslav bought this camera described as a Zorki. And, indeed, the selling price was quite low. The price was so low it would have been cheap just for the lens only, without the camera as well.

Very interesting! And having received this camera for the service, without any doubt, I took it apart.

I immediately get an answer to the riddle: it was the Leica I, and the serial number was on the top panel. Unfortunately, the last digit was lost when a hole was drilled for mounting the rangefinder.

During disassembly I found another place with number, it was scratched on shutter crate. And now the full camera number has become known! The serial number of the camera is 256456.

This camera was a Leica I in mid-1935. This fully corresponds to the residual parts found under the top cover.

It seems that an unknown repairman converted this camera without a rangefinder into a rangefinder version. The donor for these extra parts was an affordable Soviet camera. The conversion was carried out very carefully, the entire alteration was carried out accurately, the new installed parts are consistent with the body, and thus a new camera was created on the basis of Leica, but with the name Zorki on the top cover.

During transformation the original Leica viewfinder, shoe for accessories and the round cover around the shutter speed head were lost.

Yaroslav and I both wanted to know the history of the camera. Yaroslav gave me the contacts of the seller, but all he could say was that he bought the camera in this condition at the flea market. Alas, it remains unknown who converted the camera.

Now Yaroslav is shooting with the best Zorki you can possibly imagine. But still, who converted the camera? Alas, this will remain a mystery…

What an interesting story. Thank you.

Makes you wonder if someone got their hands on a Leica and wanted to hide the fact it was a Leica… Ultimate paint over red logo job. #conspiracytheory

Hello Oleg, this is your customer Chris! What a pleasant surprise to see you here, and an interesting story. Next time you can write about my Kiev with a 1938 Zeiss selenium cell, remember that one?

Hi Chris,
of course I remember that! And most amazing thing that it was in working shape! It’s an oldest cell I seen even!