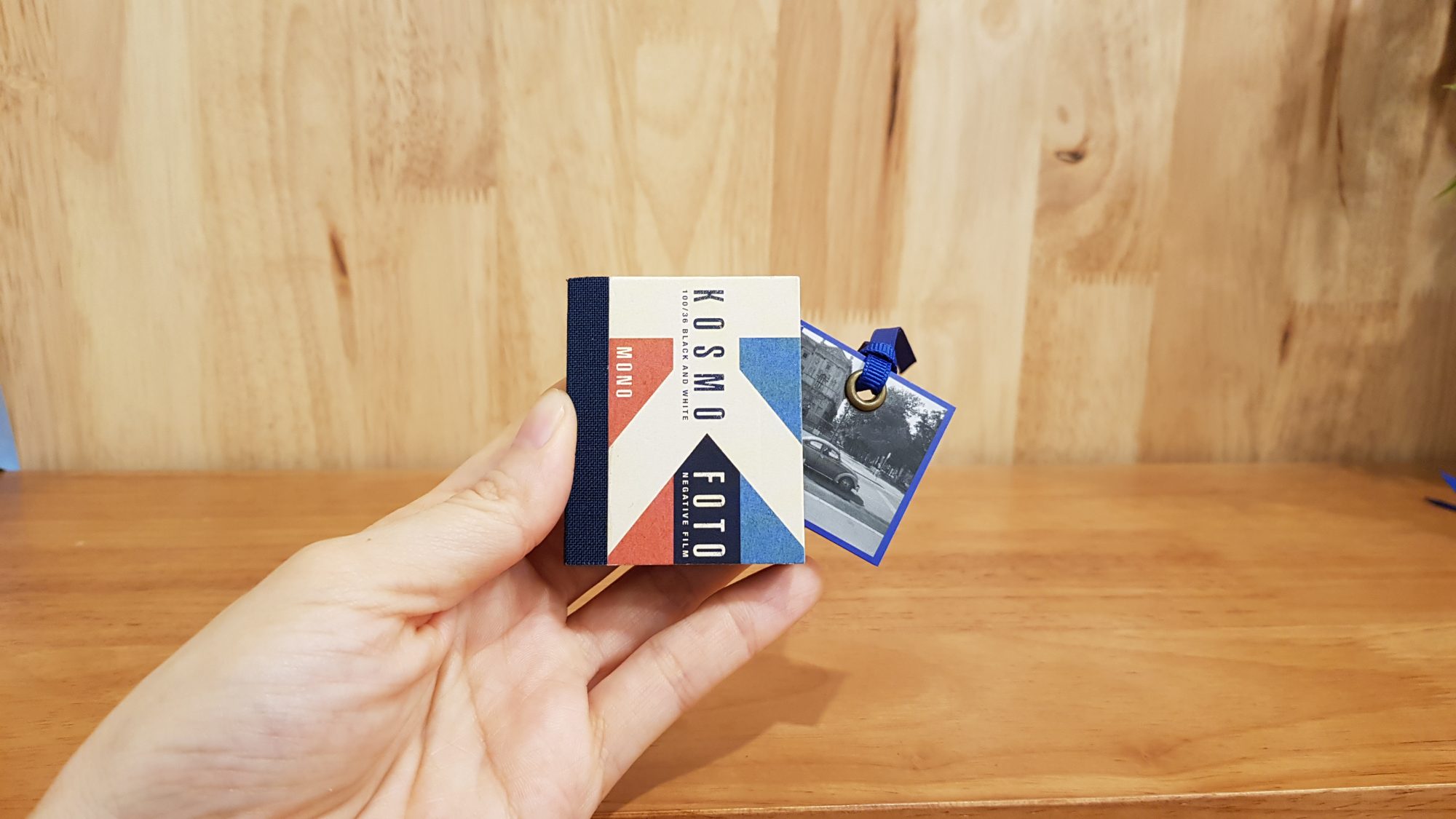 Plastic film canisters are very useful little things once you’ve taken the film out of them. Even the cassettes themselves can live a second life if you fancy yourself as something of a green-fingered gardener.

But what about the boxes? Some of the more eye-catching designs might be saved from the recycling bin to sit on a mantelpiece or bookshelf, but don’t have a second useful life after the box has been opened.

South Korean photographer Heejin Song, who lives in the capital Seoul, recently shared on Instagram a project which does make use of the humble boxes (including Kosmo Foto’s own). She’s created absolutely beautiful miniature photobooks using colourful film box branding. Kosmo Foto spoke to her about how she’s done (and she gives us a quick demo in a short video)

How long have you been into film photography?
“I started film photography for the first time when I was in high school. I was in the photography club, so I had a chance to shoot photos with a film camera and to print photos myself in the darkroom too. I wasn’t the best photographer, but I loved walking around, finding subjects, also the small darkroom down the stairs, stinging my nose with its smell of chemicals. I still remember standing under the red light, waiting for my photo to show on the sensitive printout paper. 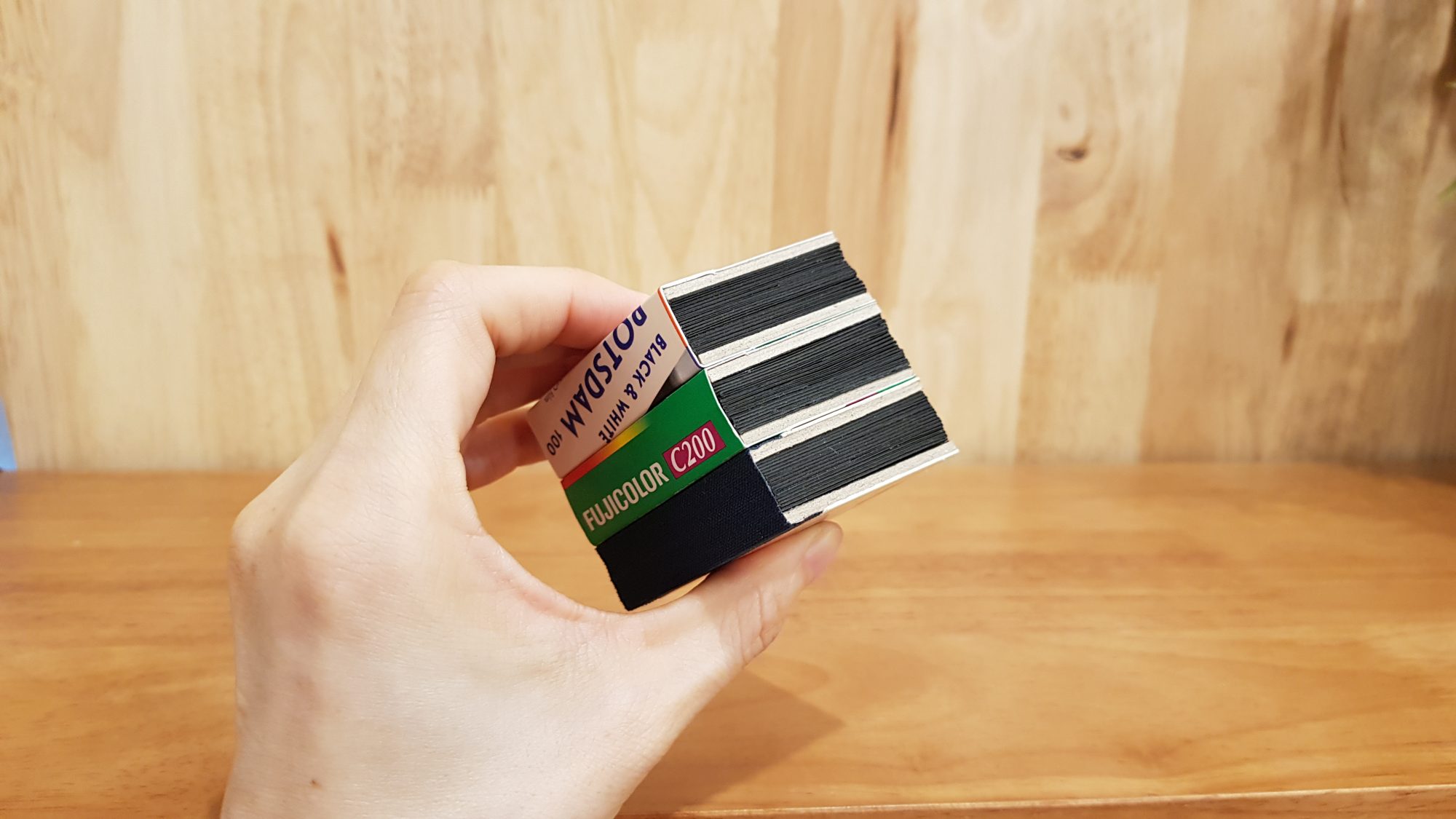 “Since digital cameras came out, I had not used a film camera for the longest time. However, it only took a short film photography experience programme to put me back into film photography again. Right after the experience, I ended up buying an old German film camera, and now I am definitely enjoying my time with it.”

When did you get this idea?
“These days, I am now making tiny books and handmade items. I love sharing the excitement of handcrafts by making what I love and sharing the result and process with others. One day, I wanted to make a small scrapping book with film box. I ran to a film store and bought the prettiest films there, and one of them was Kosmo Foto Mono.” 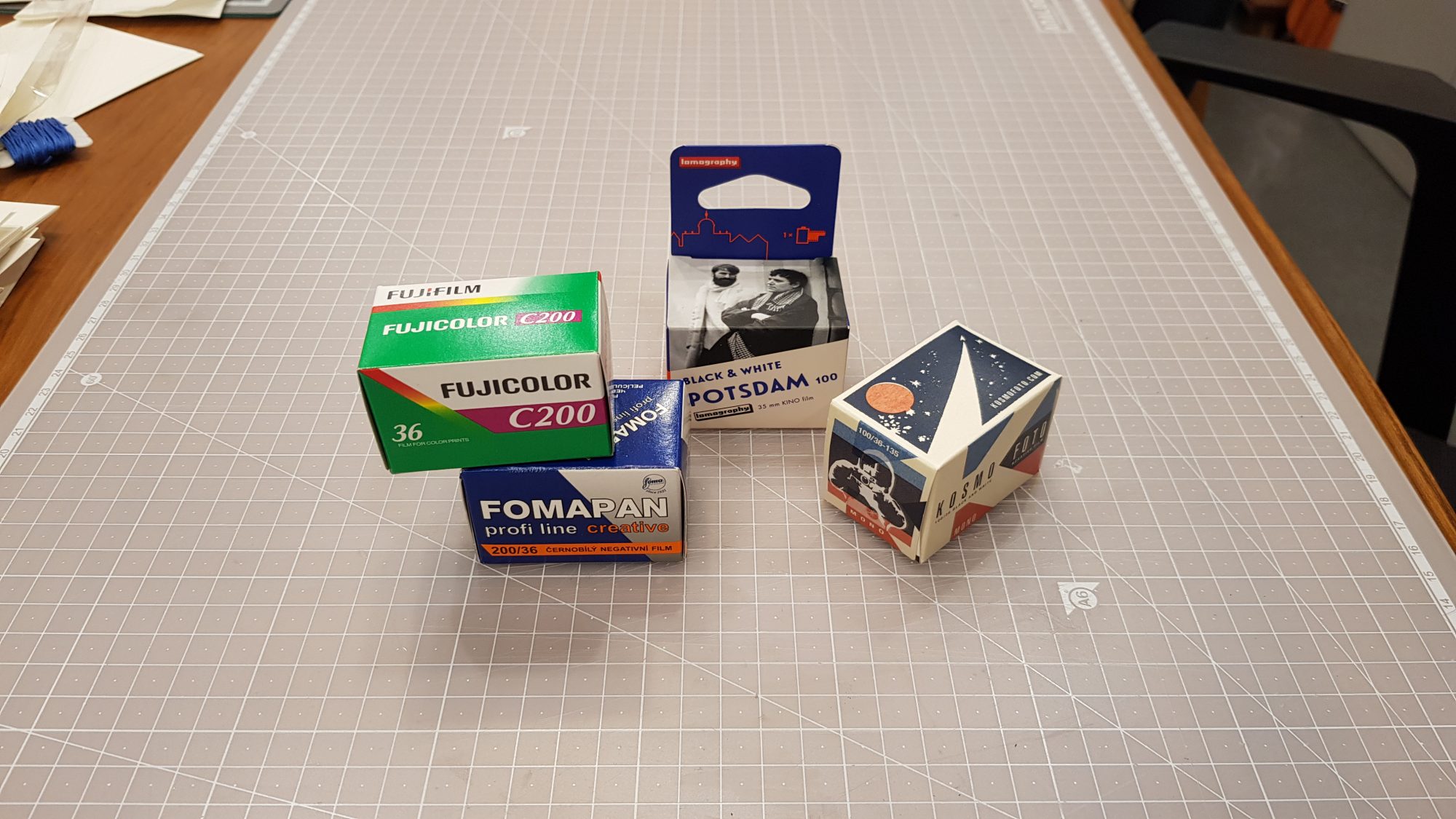 What pictures do you put inside?
“I think it would be nice to print out photos in small sizes and make a scrapbook. I am considering designing each page into a frame form so that I could put those photos in the book.”

What do you use to make them?
“I have my bookbinding tools – paper, knife, ruler, glue, and a beautiful film box.”

How long does it take to make each one?
“It took me about an hour when I made it for the first time. I always try new things on my way, making them. If I make it again, it will take a lot less.”

Are you selling them or is this for your own enjoyment?
“I am not making those for sale. Instead, I enjoy sharing my process of making those so that people can make those themselves.”