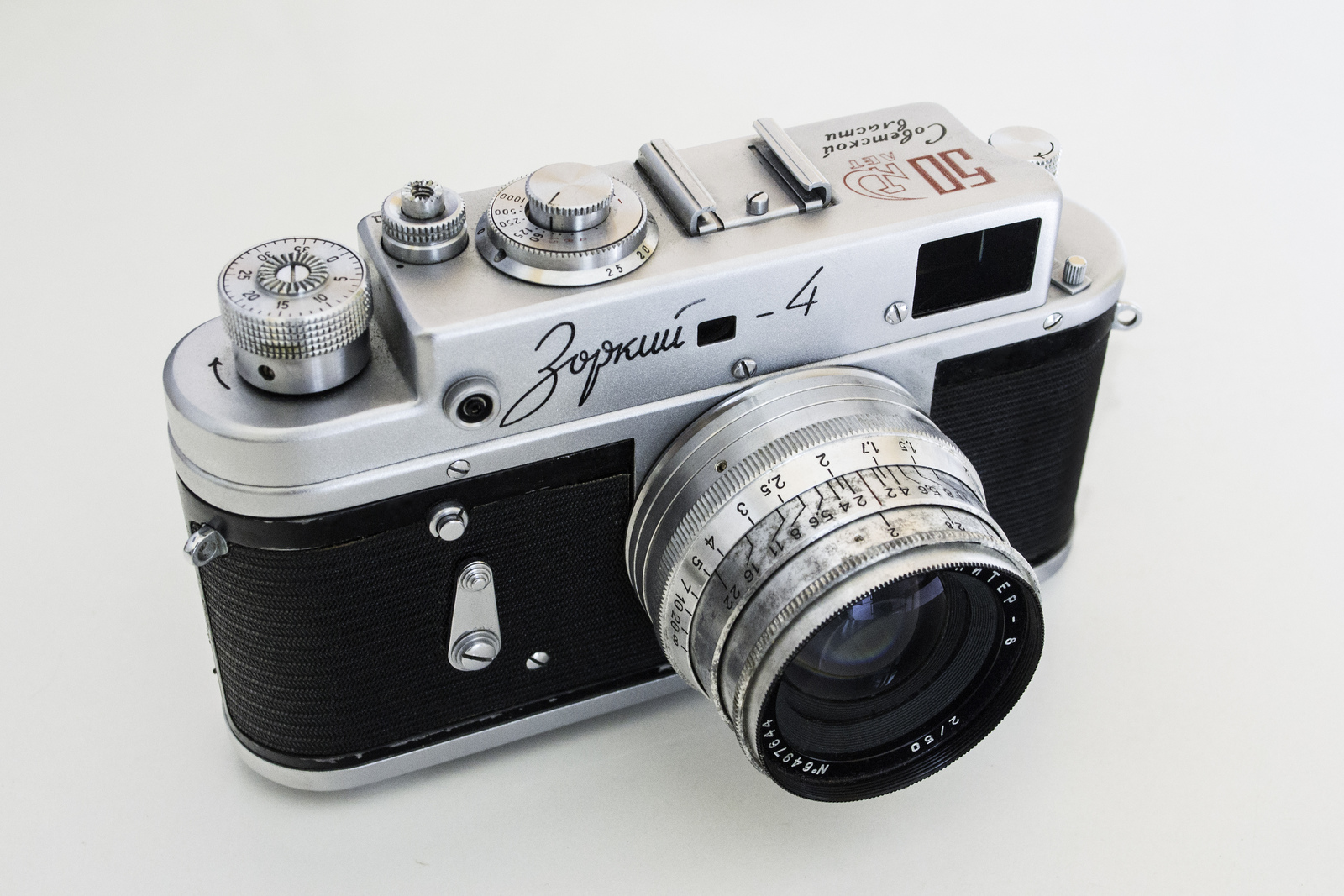 There is a lot of information on the Internet about old Soviet cameras. How to use them, and how to choose them. And why they are good and why they are bad. There are even repair instructions for cameras.

But what if I say that there is a fundamental difference between the classic Leica and many Soviet Zorkis and FEDs?

Will you believe me If I say Leica and Zorki have a different shutter?  Well, let’s try to figure it out together.

Let’s first look at the shutter speed selectors on classic Leicas and the Zorki-4. The detail is small, but very important. Its purpose is perfectly understandable.

Look carefully. Why does the Zorki selector have such a complex form?

What is this strange step at the bottom of the cylindrical part?

Let’s take a look at the selector when it’s in place. Look carefully. The step touches the tab that the latch holds!

That is, in the Leica shutter both curtains are completely independent, and in the Zorki shutter, the curtains can interlock with each other! If the first curtain moves faster than the second one, the step on selector pull the second curtain.

This is an important property of the shutters of many Soviet cameras. This feature called “hard slit”. In such a shutter, the slit width is determined not so much by the moment of release of the second curtain, but by the angle of turn of the selector before it engages with the other curtain.

This property makes the shutter insensitive to strong changes in spring tension. That is why it is possible to produce Zenits with an instant mirror, where the mirror is driven by the rotation of a curtain springs. It would seem that the mirror should have a very strong influence onto the movement of the first curtain. But we already know that the gap between the curtains is hard. This means that all three springs (two curtain springs and a mirror spring) work together. And even poor quality of production of parts does not affect the operation of the shutter. Because the slit is hard. The curtains are rigidly tied in the process of movement.

This is such an imperceptible changing of the Leica shutter, and the result is amazing.

When was this design change made? Apparently at the time of Zorki-6. In the Zorki-4 this change appeared from the very beginning of production. In some Zorki-3, this change is made implicitly. On the selectors of some Zorki-3 there are no steps yet, but the length of the selector has already been increased, which gives the curtains grip. According to some reports, this scheme was tested on some Zorki 1 cameras back in 1948.

Definitely so far I cannot answer the question of when and who invented this change. It is possible that someday the answer will be found. I hope so.

And the idea of ​​a “hard slit” was developed in the Zenit line with a non-rotating shutter speed head. Look at the photo. Here the curtains are also tied tightly. Each step determines the width of the slot. The second curtain also rests against one of the steps. This is a “hard slit”.

So this is the story of the Zorki (and Zenit shutter): one small step and one small detail. And the principle of operation of the locks is indeed different.