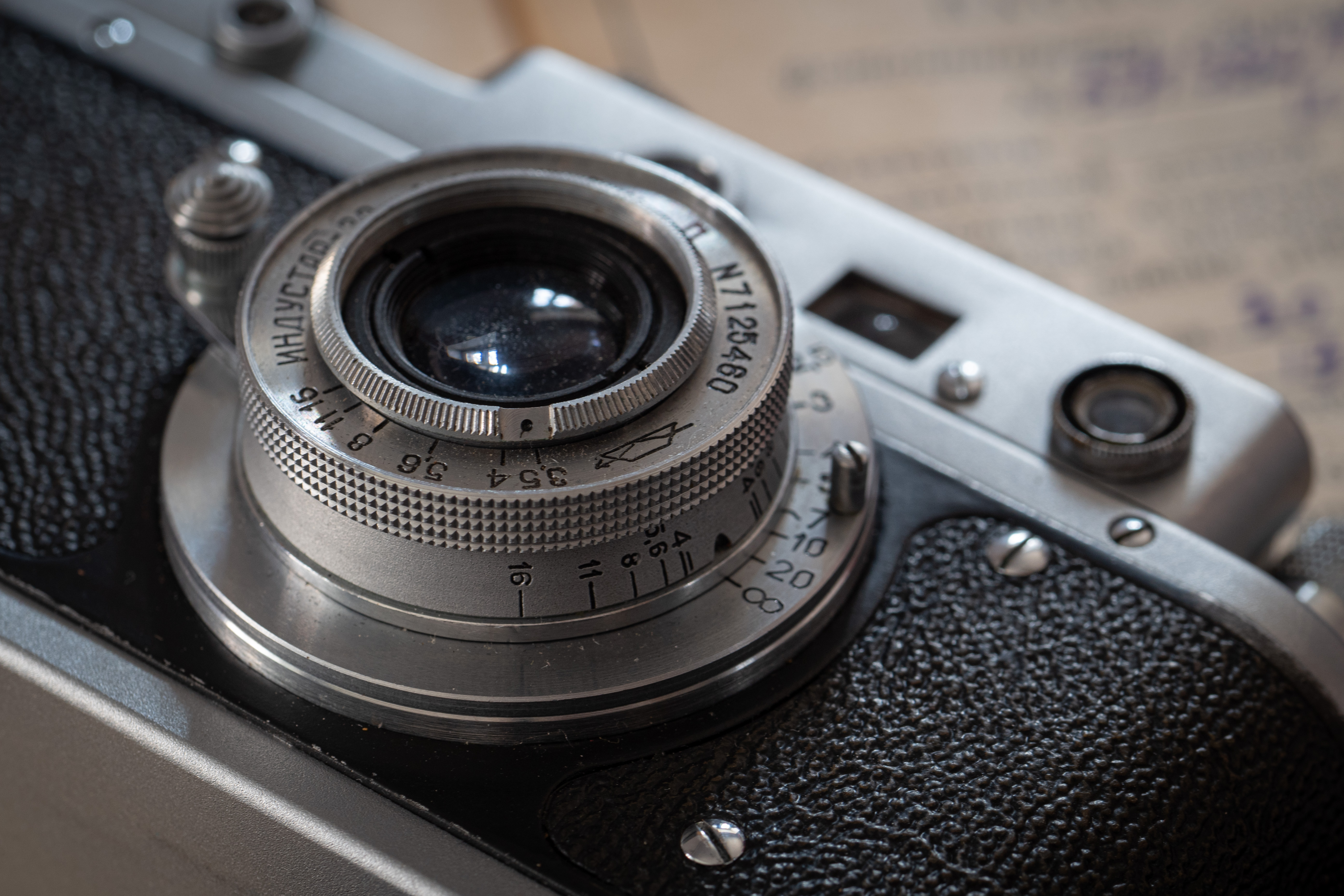 It is a special feeling when you hold in your hand a camera produced 63 year ago and probably never used before. In my case, that’s 18 years before I was born, and later on.

You lived your life and this camera was waiting for you. Quite a special feeling, I must say.

The camera I’m talking about here is a Zorki S (or a Zorki C, as it looks like in Western script). The Zorki S is a camera that was produced on KMZ from 1955 till 1958 (in Cyrillic: Зоркий-С), not that long in comparison with some other Soviet cameras, but it was quite an evolutionary model for that time.

Compared to the original Zorki, it remained separate rangefinder and viewfinder system, but had two main advantages: synchro contact for flashes that allowed the user to set a sync delay, and the ability to change shutter speeds before you wind the shutter.

This particular model is a Zorki S Festivalny, a commemorative camera, made for the VI International Festival of Youth and Students held in Moscow in summer 1957. These cameras were made as a gift for the guests of the festival but also went on the shelves of photo shops around the Soviet Union.

A couple of years ago I visited my friend, a famous Kazakh photographer (and also a very good person), Oleg Belyalov. Oleg is a photographer, filmmaker, and book writer. His father was a famous Soviet filmmaker who made many documentaries about nature, some of them together with BBC crews. He dedicated his life to photographing and studying flora and fauna of Central Asia and Kazakhstan.

So we had a nice time at Oleg’s home. He made a plov, a central Asian pilaff dish, and we had some vodka. We were talking about photography, Oleg told very interesting stories (as he usually does) about his life and situations he’s been at. Suddenly he remembered something, looked at me and said: “I know you’re collecting Soviet cameras and I want to show you one. You’re going to like it!”

And show me it he did. A Zorki S, in a box, and probably never used before. I opened the box and it was like opening a treasure chest: there was a camera in the case, the user guide and the box itself. I must admit, I never seen such a kit before with my own eyes. 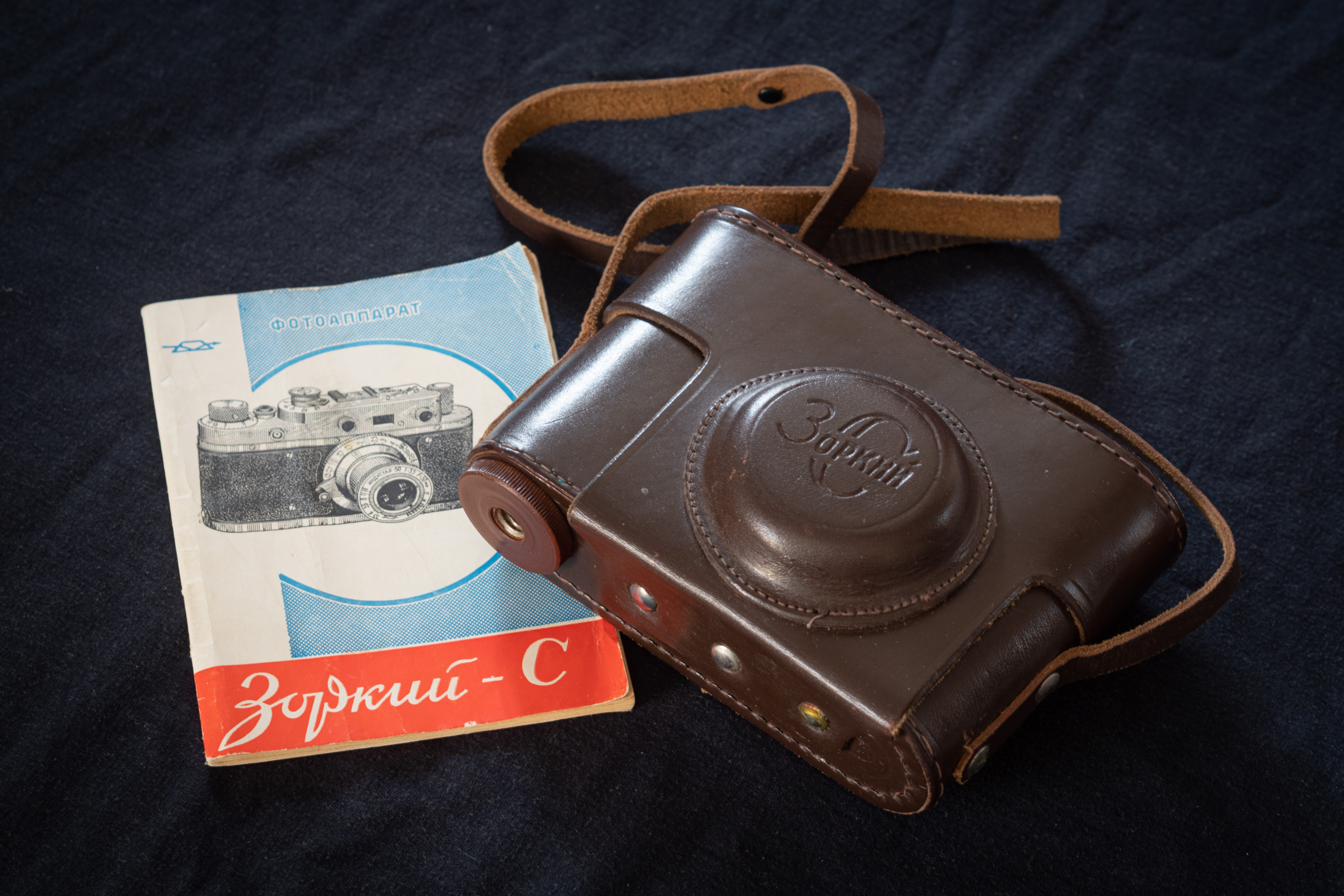 Oleg had noticed my reaction. He said the camera had been presented to him in 2008 by the women who attended his classes on wild plants photography. He was pleased with such a gift but had never used this camera afterwards.

That was a really great gift; this camera isn’t a rarity (more than 400,000 were made) but in such a condition and with its complete kit it is a very good find. Oleg looked at me and said: “I see how your eyes are shining so I want you to have it.” What can I say? I was pleased and delighted. And then we had some more vodka.

I kept the camera as a treasure since then but actually never opened it. It took me a couple of years before I decided to bring it back to life.

When I opened up the box a few days ago I again feasted my eyes on the condition of the camera. It was truly like new, even after 63 years. One curtain of the shutter worked too slow, but when I opened up the camera I found a torn-off piece of film inside; when I removed it, the shutter started to work as new. I think that the film was loaded into a camera a wrong way (this camera, like the first Leicas, has a bottom loading system which requires you to cut the leader of the film before loading). 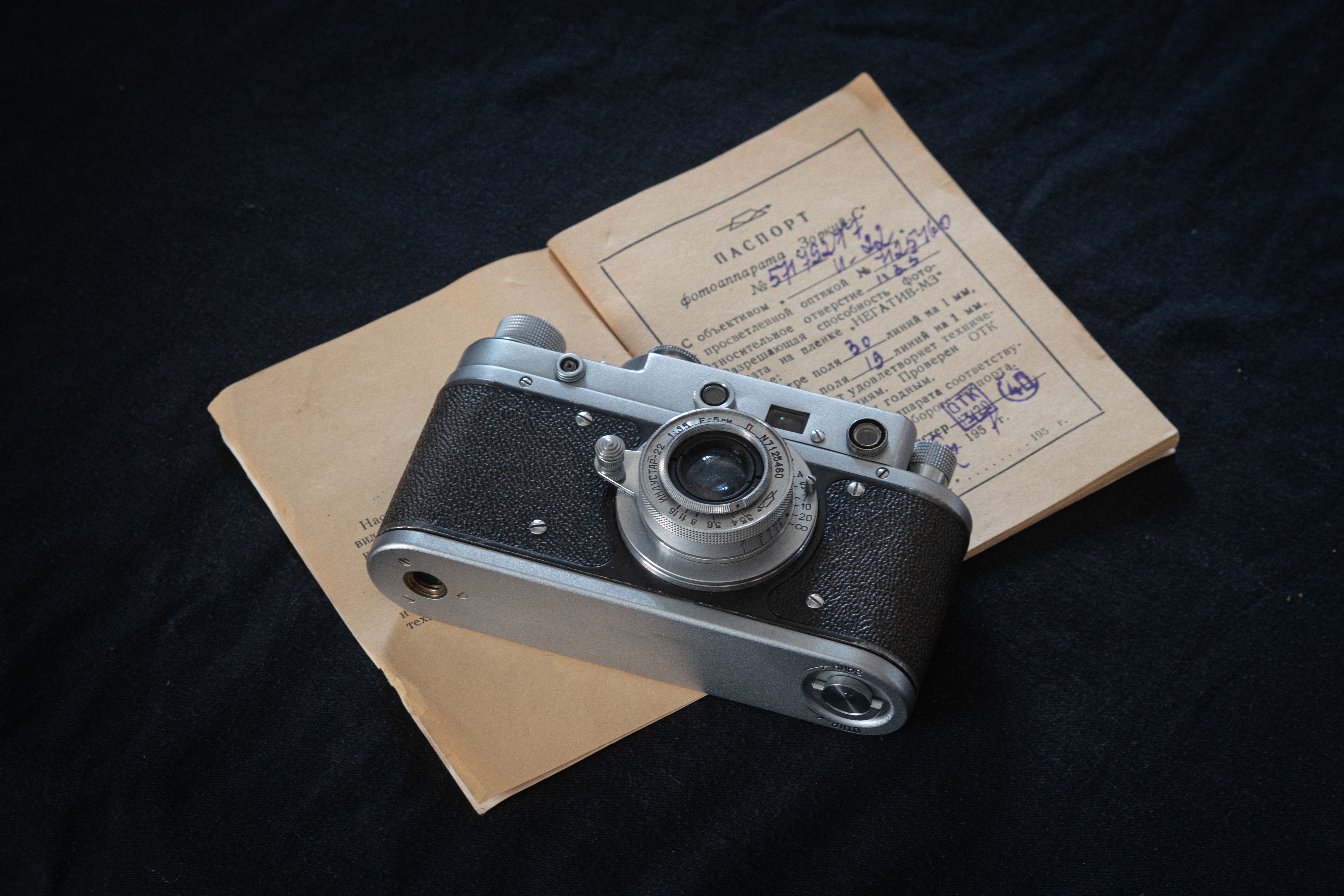 I can only assume that the film was torn when the original user first loaded the camera, and they decided to leave the camera alone. It probably saved the camera from further use. After cleaning all the gear, the camera was ready to shoot its first film for decades (maybe even the first ever).

So what was it like using it? Just great. I must admit that I kind of like the separate rangefinder and viewfinder system and here is why: on the rangefinder you have magnification which allows you to easily adjust the focus, and the viewfinder located on top of the lens reduces the parallax effect. I did not find any complications needed using it, only comfort. If you’re going to use different lens on cameras like this you need an external viewfinder after all.

The camera, along with its collapsible Industar-22 lens, is very compact and fits a coat pocket. Despite sitting in a box for more than 60 years, its shutter speeds were true. It’s a camera a perfect fit to my style of photography.

Yes, it does not shine  if you want a wide range of shutter speeds (only 1/30 to 1/500), but it’s quite enough for a daytime shooting. It amazed me that a camera made more than a half a century ago does not feel outdated at all, especially since I was able to pair it with a light metering app on my iPhone.

I made a test shoot on slightly expired Chinese film Lucky SHD 100 (which I also love a lot) and was quite happy with results. You can see some examples from this film in the gallery above. I hope you’ll like them as much as me.

If you find a good example of Zorki S in a good condition, buy it! You won’t regret it. If you’re very lucky, you might also find one stored like mine in its treasure chest of a box.