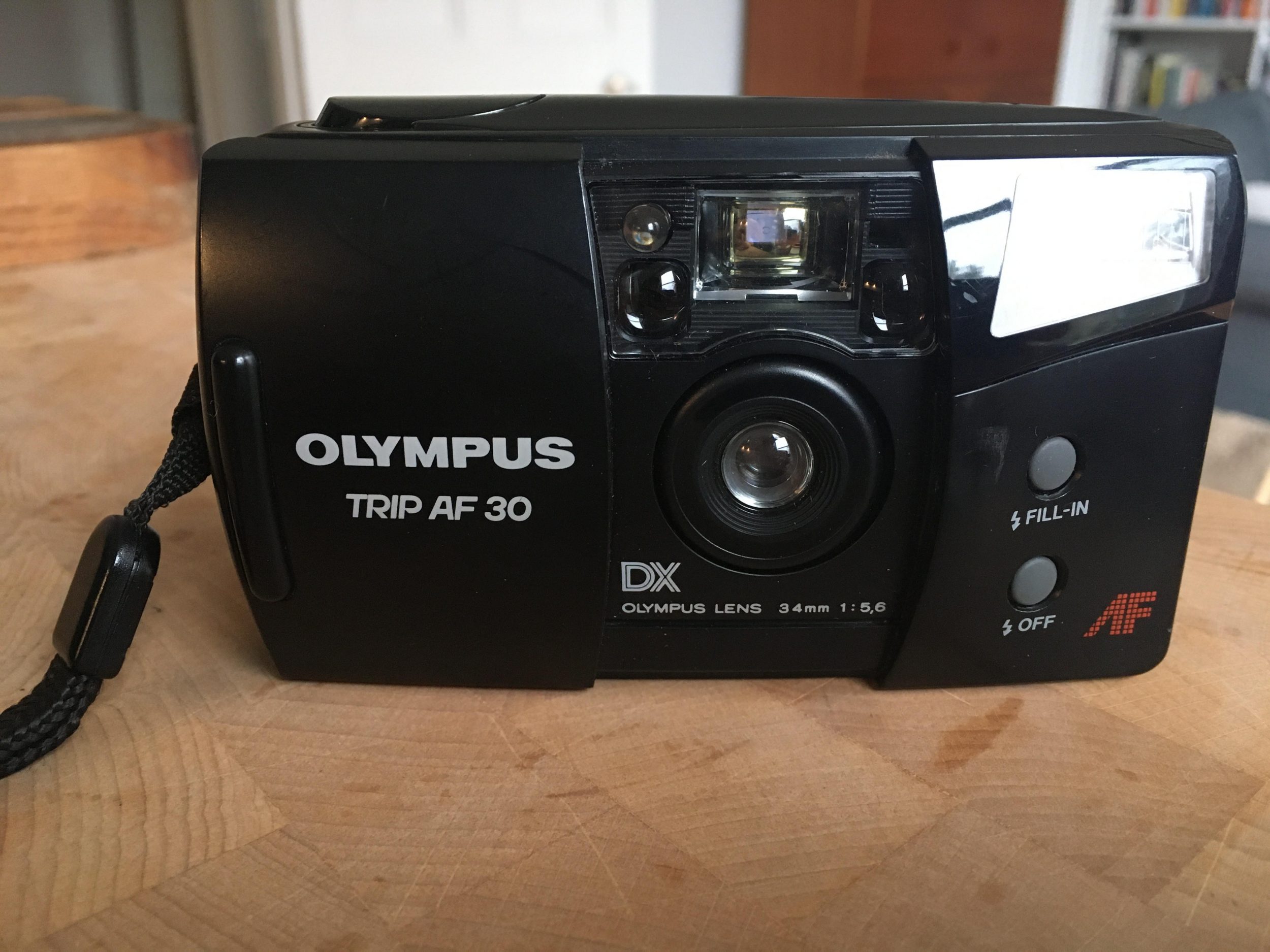 They didn’t miss a trick at Olympus.

In 1968, the Japanese camera maker released a selenium-powered 35mm compact that became nothing less than a sensation. The Trip 35 only had two shutter speeds – 1/40 and 1/200 – didn’t need batteries, and could handle any film in production when it was released in 1967. Production lasted just short of two decades, and Olympus made more than 10 million of them.

To a generation of holidaymakers and tourists, every camera you could shove in your pocket was a “Trip”, a fact not lost to Olympus. They had created a brand to be reckoned with, and would be fools to run their backs on it, surely?

The Trip name lent itself perfectly to a new generation of snap-happy cameras. Many of them riffed off the built-in limits of the original Trip 35. Some of these new Trips offered only a single shutter speed, with the aperture changing as needed to properly expose the shot.

But the kind of photographers using these Trips weren’t going to be composing a shot using Ansel Adams zone calculation, nor wanting to blow up exhibition prints from them. These were holiday cameras to shoot the sights in saturated colour.

Two other advances in camera design helped change the shape of these new Trips. Plastic was becoming a much more popular – and flexible – construction material. And autofocus was becoming more advanced and reliable. Why waste metal on a pocket camera that might only venture out of the house a few times a year?

The Trip AF30 is a good example of this new breed of Trip. There’s little online information about this particular model, but it first appeared in 1995. Like many in the range, the AF30 could boast only one single shutter speed – in this case, 1/125. The camera’s bulky, black plastic shell was the same used by the very similar Trip 300. The AF30 has a sliding cover that protects the lens when it’s not in use, a hallmark of Olympus compact cameras stretching back to Yoshihisa Maitani’s groundbreaking XA rangefinder of 1979. 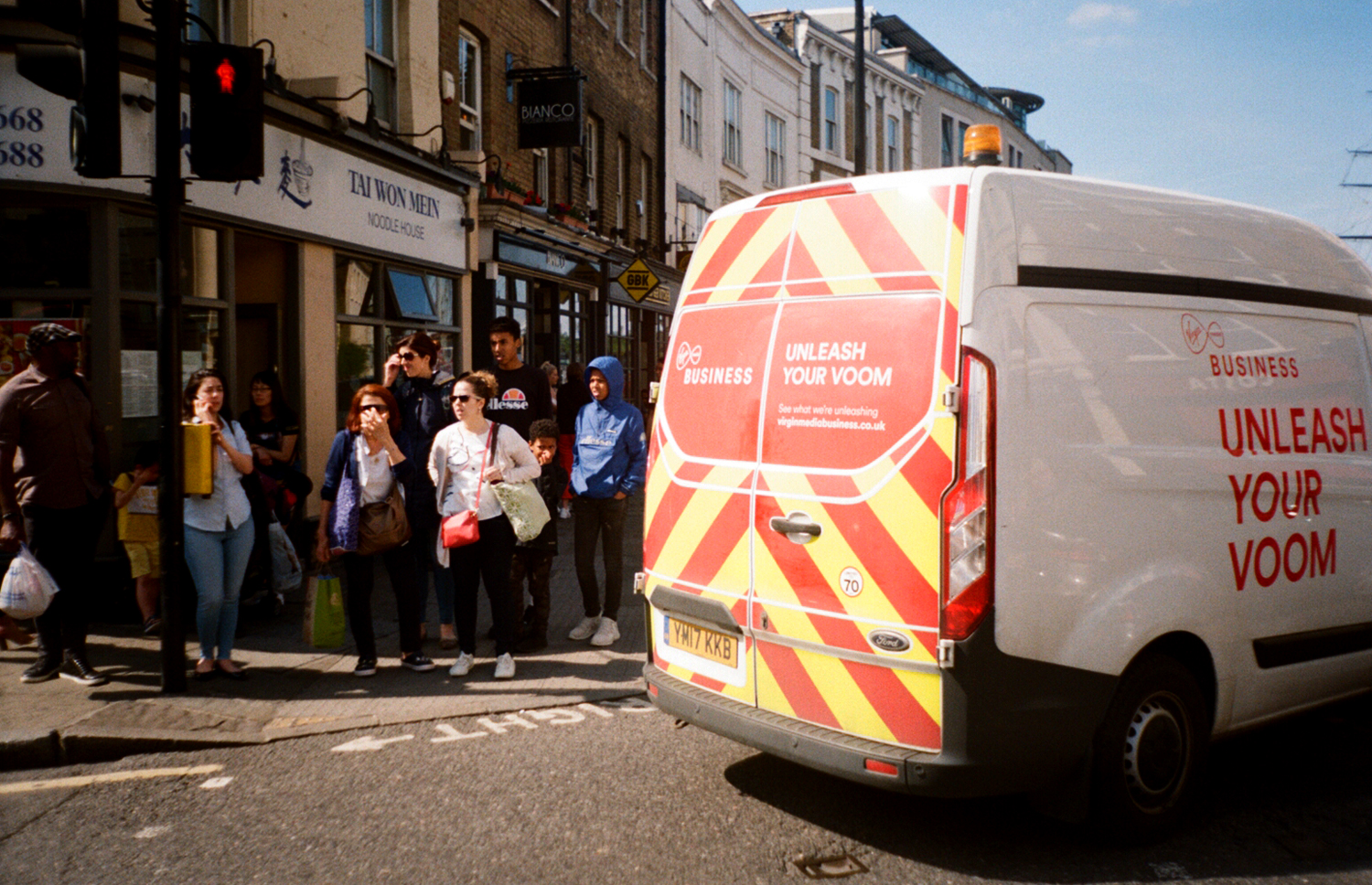 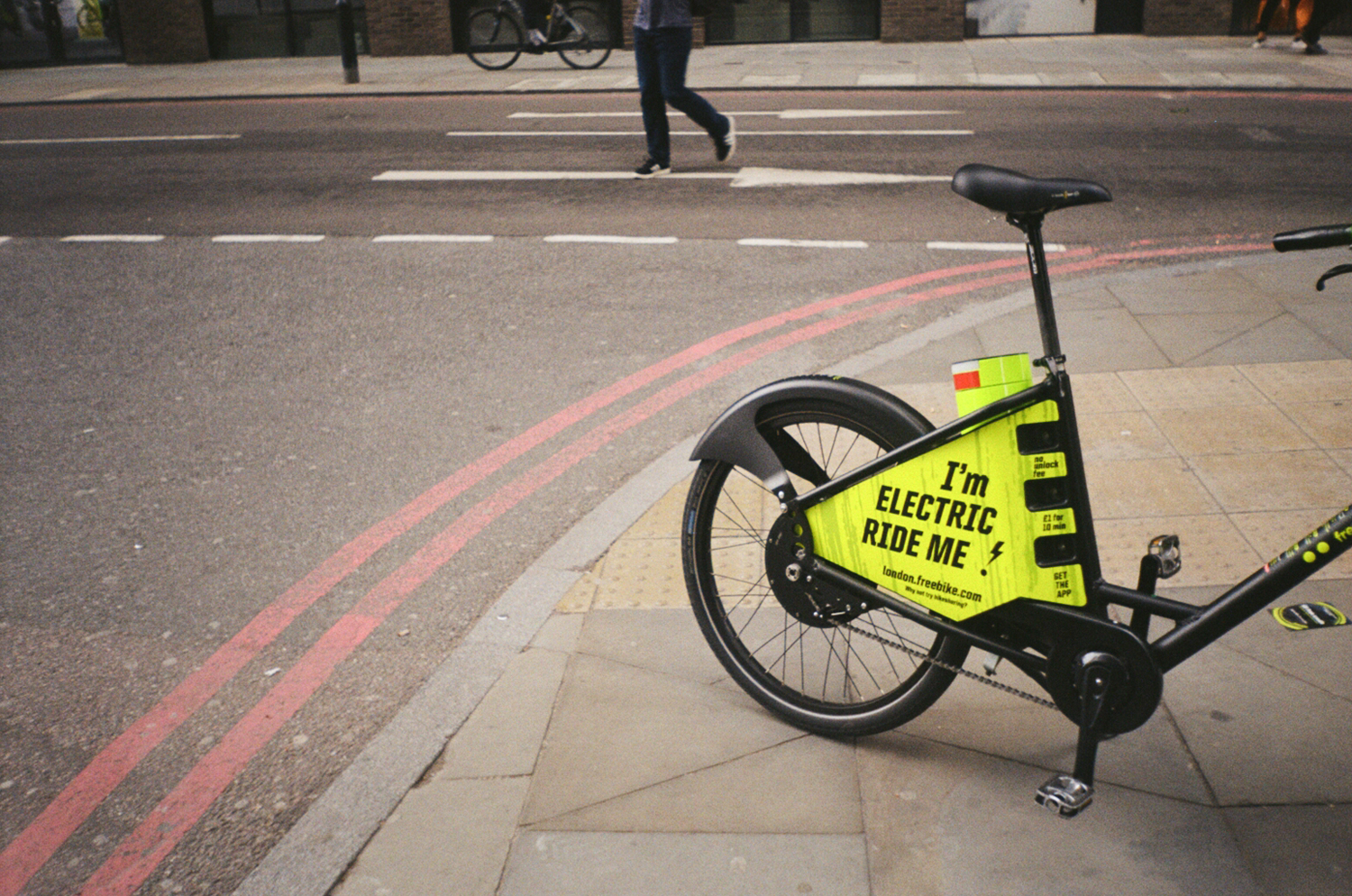 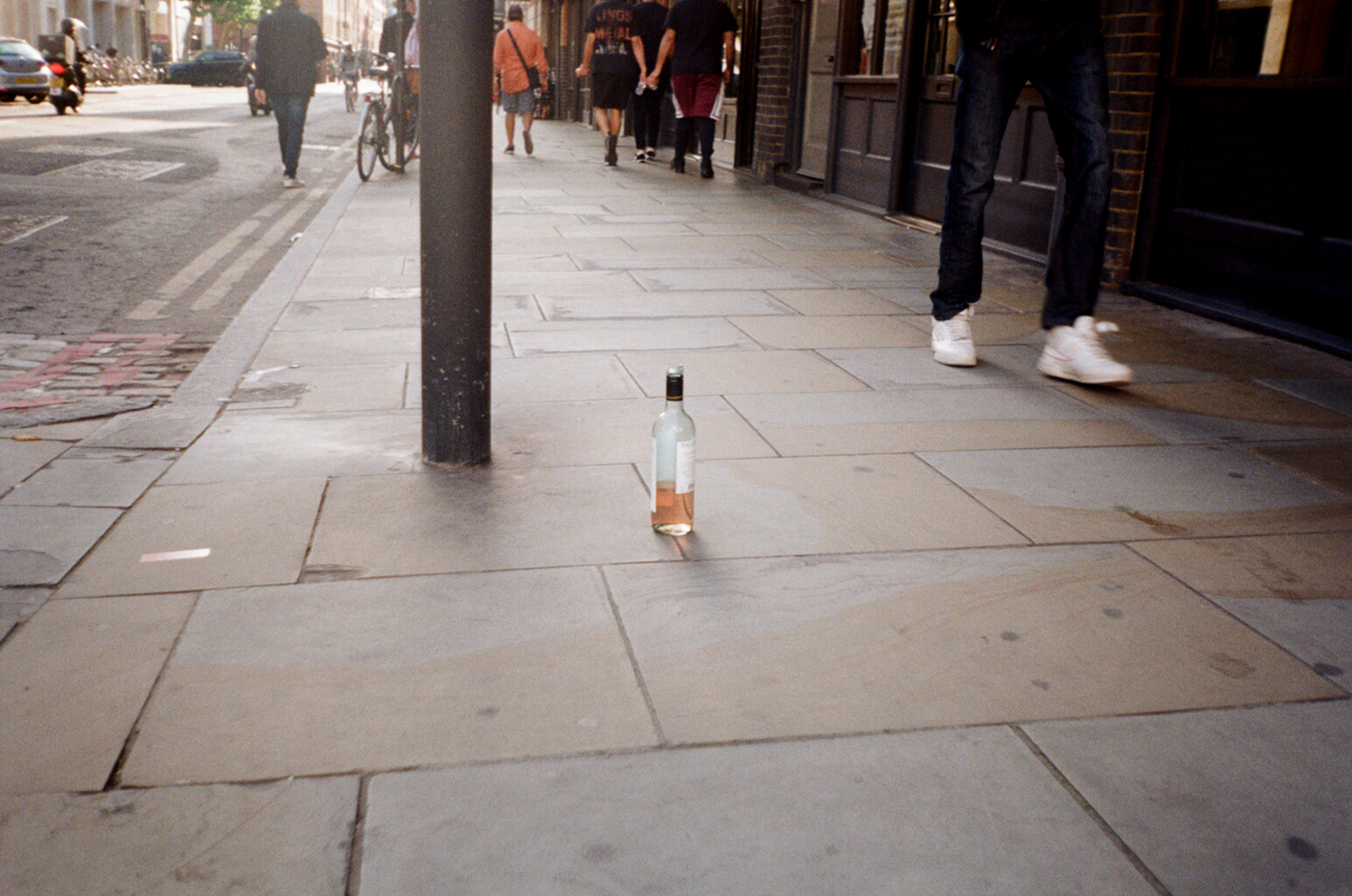 Overall, the AF30 fits the hand really nicely. The movement of the cover from closed to open – damnit – just feels nice. The cover and general layout make this camera feel like a Mju-II on steroids. Though it’s still a “pocket camera” it definitely feels a lot more substantial than the majority of Olympus’s film compacts.

The AF30’s lack of buttons and dials betray that this was definitely a camera for the budget brigade. There’s nothing on the top plate except the cameras extra-chunky shutter button, a frame counter and the (motorised) rewind button. On the front, there’s the integrated flash, plus a flash “off button” and one to change the setting to fill-in flash. And that – apart from the window to check which film you’ve loaded in the back of the camera – is pretty much it. Button freaks need not apply. The AF30 is, as you would expect, DX coded and defaults to ISO 100 if you’re using a non DX-coded film.

When it comes to picture taking, the AF30 is not a camera for low-light hijinks. The 34mm lens has a widest aperture of f5.6, meaning that it’s best for sunny days, fair enough considering this was a no-frills camera for those on holiday. The lens – a triplet-style three element – does have a tendency to flare when shooting into the light, a fault it shares with a lot of compact cameras from the cheaper end of the spectrum. 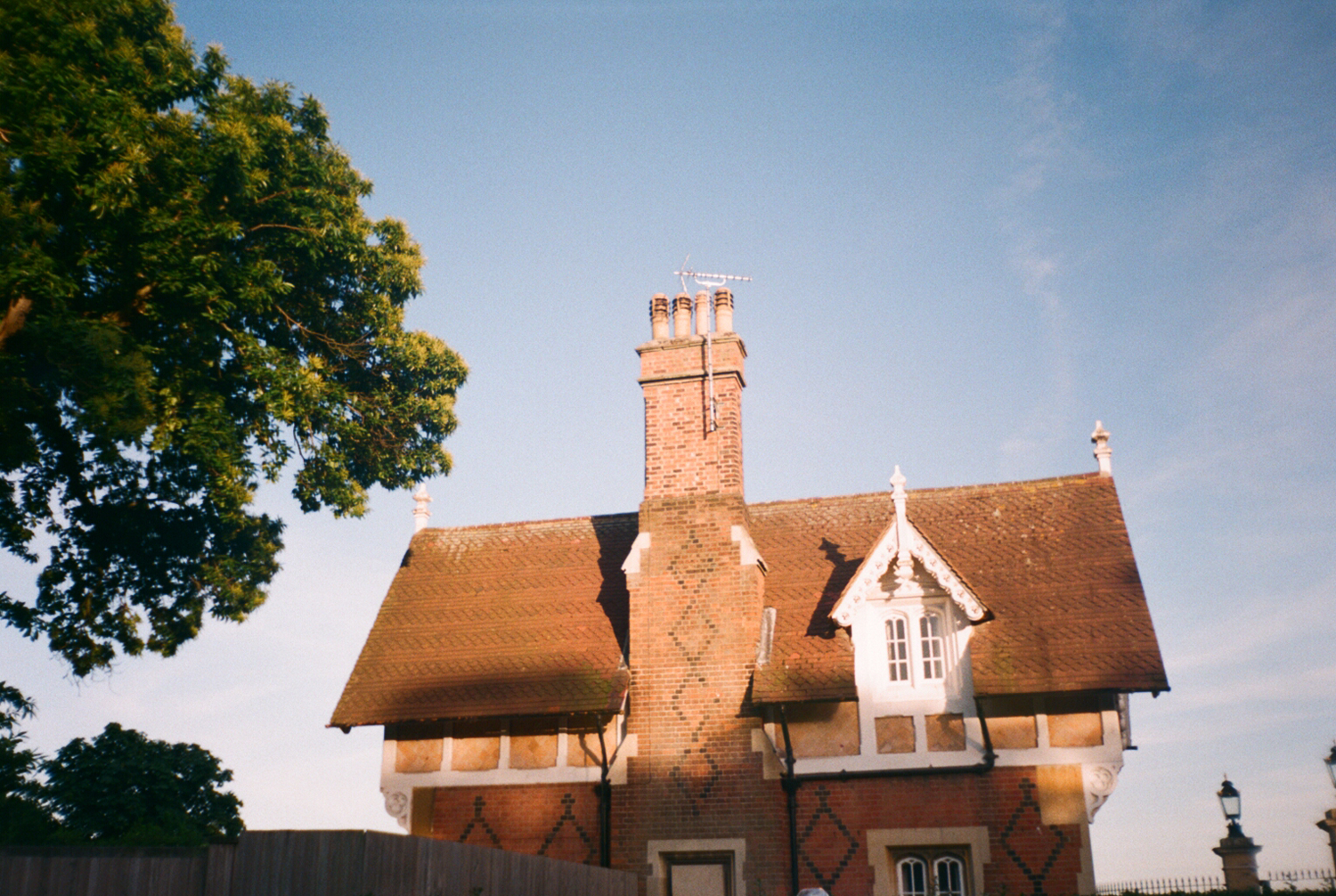 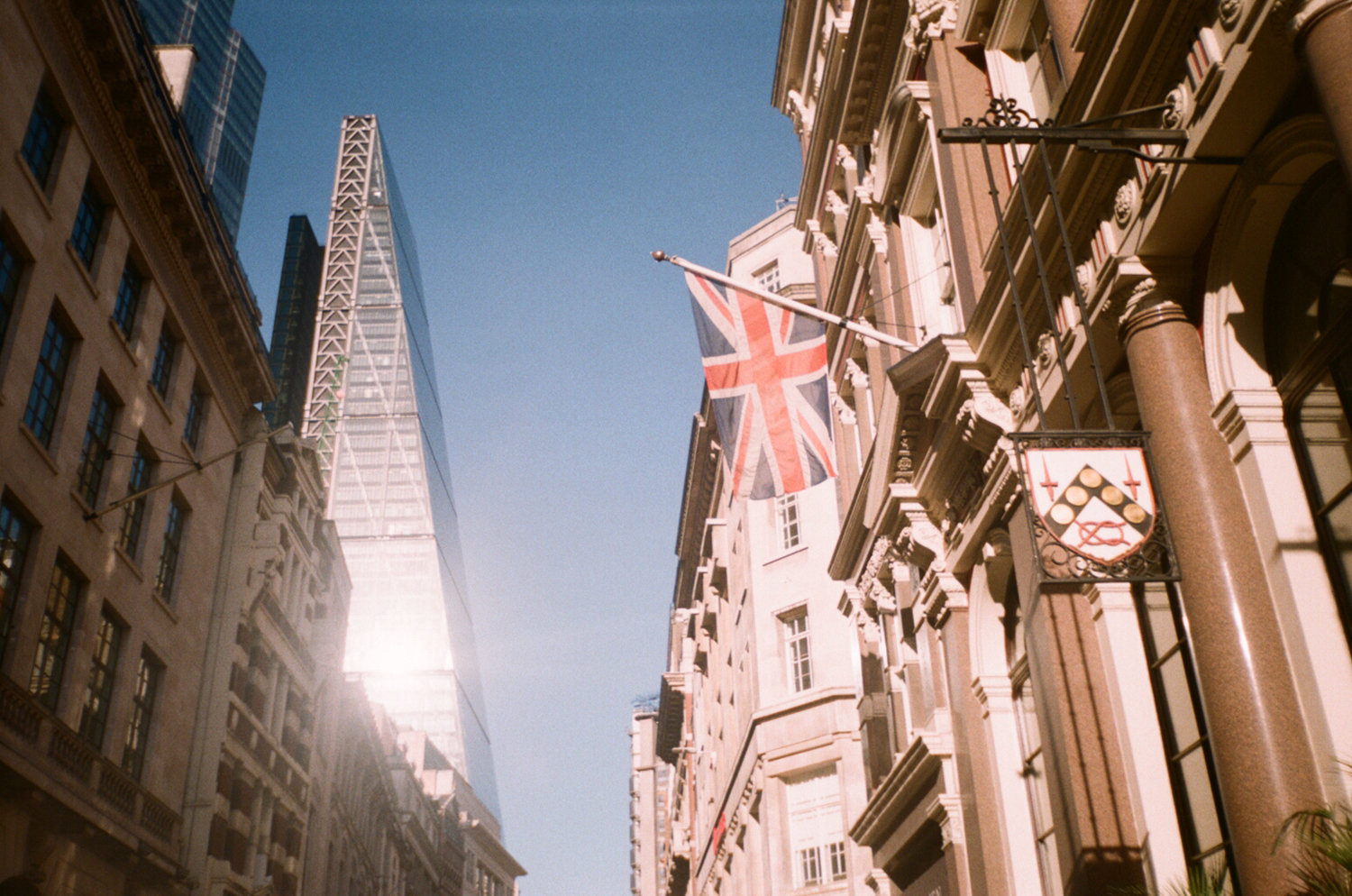 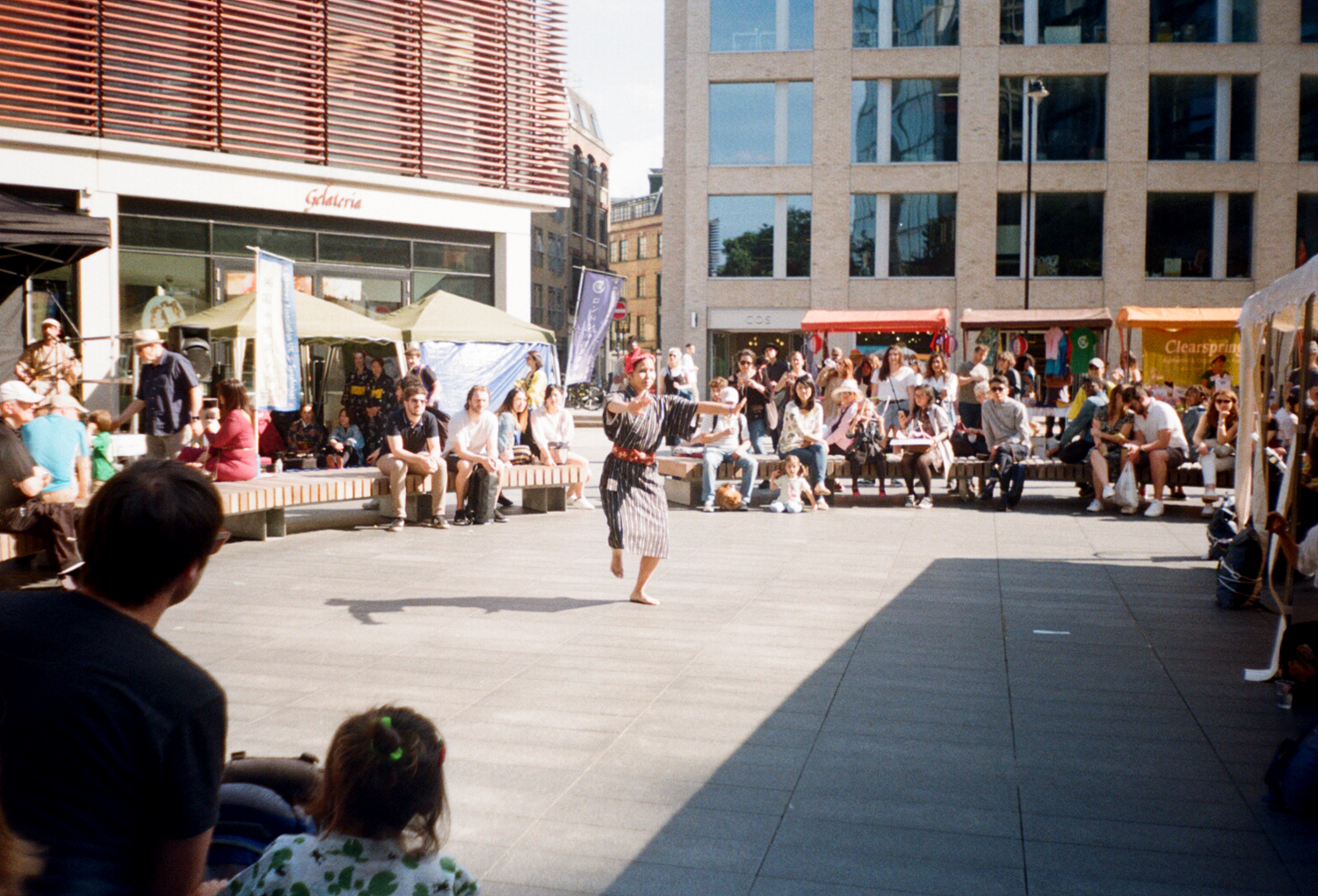 Get the AF focus point on the right spot and things look agreeably sharp, though you’ll notice fall off in the corner of the frame. The lens is definitely not in the same camp as the legendary Zuiko found in the original Trip 35.

I’ve shot a half dozen rolls on this humble little Trip, part of a recent urge to try out some the cheaper compact cameras from the 1980s and 90s. I picked this up for only £25 at Greenwich Cameras’ stall at London’s Spitalfields Market, and put a bunch of cheap colour print film (including a few rolls of expired Polaroid 100-ISO colour film) and a roll of Kodak Elite Chrome slide film just to see how accurate the meter was (just fine, as it happens). Considering the stupid money that some people are paying for 80s/90s compacts, that seems like a bargain. But the AF30 is such a limited camera that that feels about right; you’ll probably be able to find them even cheaper off eBay.

Not that it’s unpleasant to use, at least in the right circumstances. While you couldn’t exactly call the AF30 quiet, it’s not overloud either, the camera shooting and winding on with a characteristic “skree-whine” noise. The AF isn’t Nikon F100-fast, but nothing else on the camera resembles the F100 either, so that’s fine. It’s fast enough for what it needs to do, certainly.

The AF30 does have some qualities that set it apart from seemingly high-spec Olympus compact cameras like the AF-1, however. On that camera – Olympus’s first AF model from the mid-1980s – the camera’s flash can’t be over-ridden. If it wants to fire, it fires. Years later, Olympus had realised that compact camera owners didn’t always want blinding white flash. The fill-in flash is also a nice touch, allowing you to shoot subjects with the light behind them and render them properly, if flashily, exposed.

Where the AF30 might excel is as a first film camera for kids. It comes with a wrist strap and while bulky, it’s extremely comfortable to hold and there’s nothing to get in the way of taking pictures – simply slide the cover open, point and shoot. While I wouldn’t want to take the AF30 into a low-light environment, in decent light the results can be quite compelling. If you’ve got a young member of your family hankering to start shoot film, this chunky, funky Trip might be the perfect answer for their first few steps.

Stephen, Thanks for the review. I came across it while looking for information on the Olympus Trip AF S-2, specifically the default ISO DX setting. I shoot bulk rolled 35mm B&W in generic cannisters. Based on your review, I’ll try a roll of ASA 100 and see how it goes. Also, do you have any information on the film speeds that the Olympus Trips can ‘read’? There are only 2 DX code ‘readers’ in the cannister chamber in the AF S-2 model so I think it may be limited; I have seen 4 ‘readers’ in some point and shoot cameras… Read more »

No problem, George. They are a fun little camera to play around with – not a replacement for a proper fast-lensed compact, but defintiely worth putting a few rolls through.

Hi Stephen! Just a question, I just purchased this camera and I cannot figure out how to turn off the flash and set the auto timer! Everything works perfectly fine but because of the lack of a display I seems to not figure out how the button works! Do I have to press them once? Or keeping pressing them for like 3 secs? thank you so much for your help! Stefano