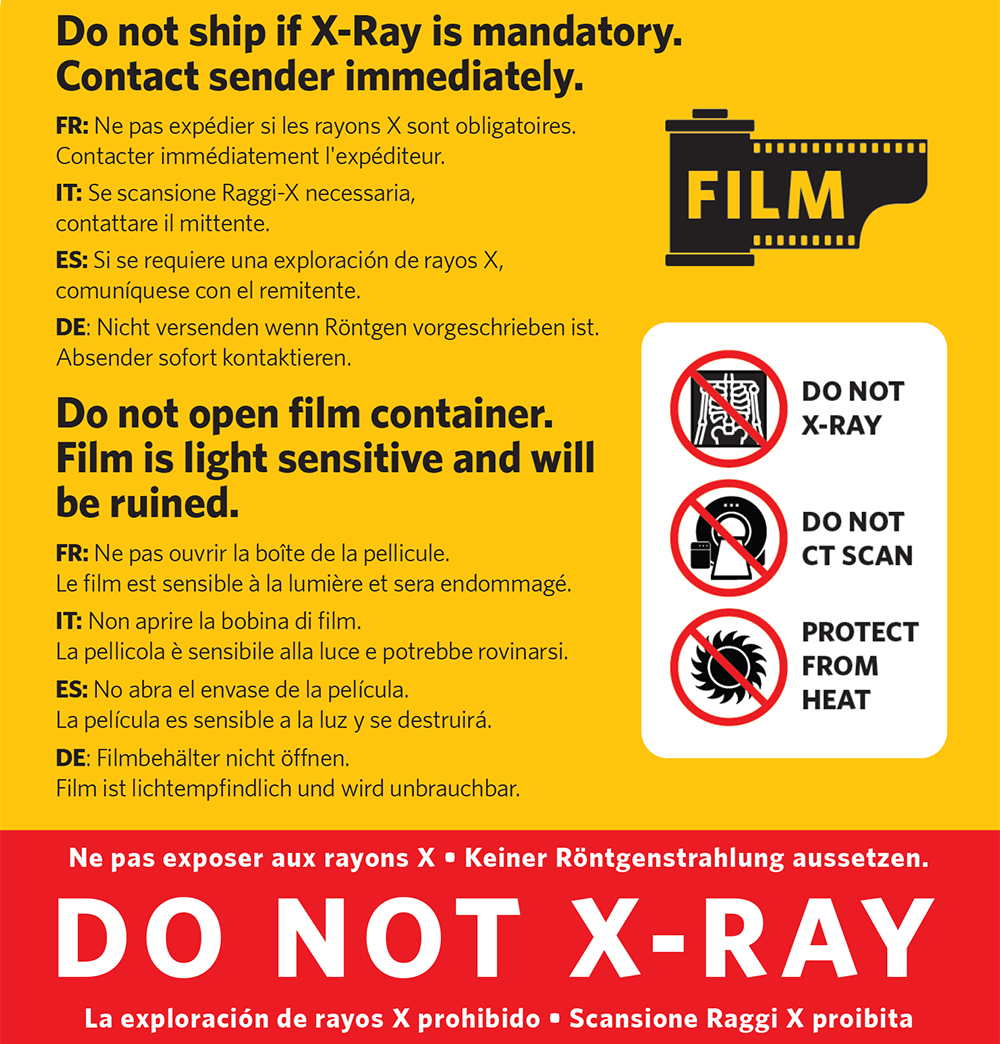 Kodak Alaris has provided a free template for a “Do Not X-ray” label for film photographers travelling through airports in the wake of concerns over new CT hand luggage scanners.

As Kosmo Foto has reported before, the new CT scanners – similar to ones which scan checked luggage – are much more powerful than current x-ray scanners and will damage unexposed and unprocessed film with just one scan.

The scanners were first observed by Los Angeles’ LAX Airport in October by film retailer Freestyle Photographic, who posted a warning on Instagram. They are expected to be rolled out to more than 140 airports across the US. Other countries, including the UK, are also expected to introduce them.

The new scanners were tested by Kodak at JFK Airport in New York and damage was confirmed after only one pass through the machines.

In the UK, black-and-white film producer Harman, the makers of Ilford and Kentmere films, is also liaising with Heathrow Airport to test films with the new scanners.

The new Kodak labels are designed to be printed on Avery 5164 White Laser Shipping Labels.

If you want more tried-and-tested tips for travelling with film, read Kosmo Foto’s guide: How to travel with film.