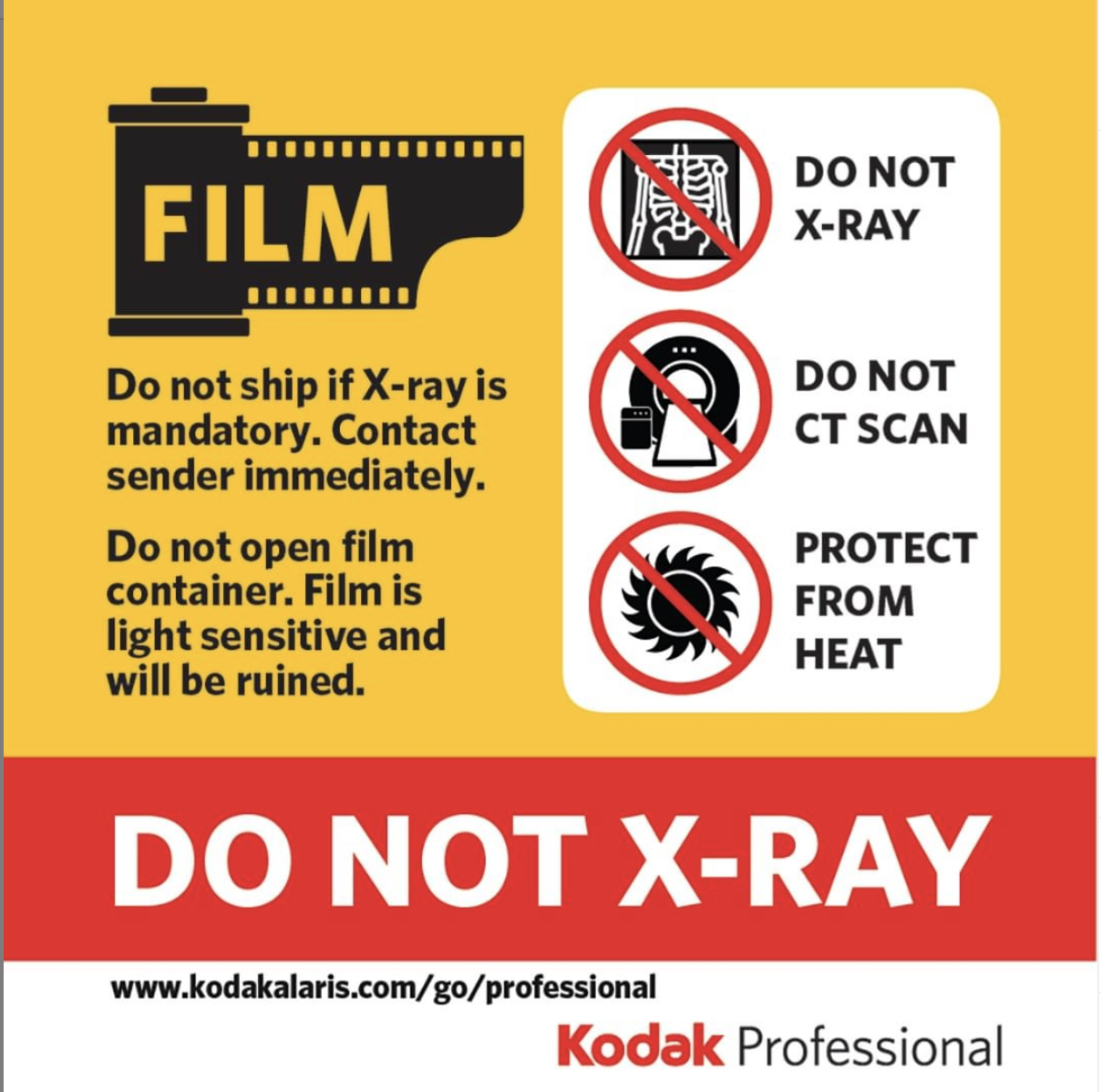 The campaign will include new stickers warning of the effects of CT scanning on unprocessed film which photographers are urged to take with them when travelling.

It follows a small test Kodak Alaris undertook at New York’s JFK Airport, where a single scan resulted in noticeable x-ray damage, according to a post on the Kodak Professional Instagram page.

Kodak Alaris updated travelling with film page for the first time in nearly two decades following Kosmo Foto’s story in October highlighting the use of a new hand luggage CT scanner at Los Angeles Airport, which had been reported by Freestyle Photographic on their Instagram feed.

The scanners are much more powerful than normal hand luggage scanners, and similar to those checking checked baggage, which are already known to damage film.

The new Instagram post reads: “In the coming months these scanners will be operational at 145 airports in the US. Kodak Alaris and Eastman Kodak have warned photographers not to check their film, but rather to carry it on and request it be hand-checked by TSA agents at Security.

“To better assess the risk to film from the new carry on scanners we brought a small quantity of Portra 400/135 to John F Kennedy Airport in NYC. With the help of TSA representatives the film was put through the new carry on CT scanners. The initial results are not good. Just one scan shows significant film fogging, leading to smoky blacks and loss of shadow detail. This will be more significant for higher speed films.

“We reached out to the TSA to ask what options there might be to warn passengers. We are developing warning stickers that can be placed on your film. The TSA did tell us that all TSA screeners are trained to hand check roll and movie film as well as single-use cameras.

“If you are travelling with the following types of film, please pack it in a clear plastic bag, remove it from your carry-on bag at the checkpoint, and ask for a hand inspection:

It is not yet known if other airports outside the US will be rolling out the technology.

Kosmo Foto will keep you updated with any new information.