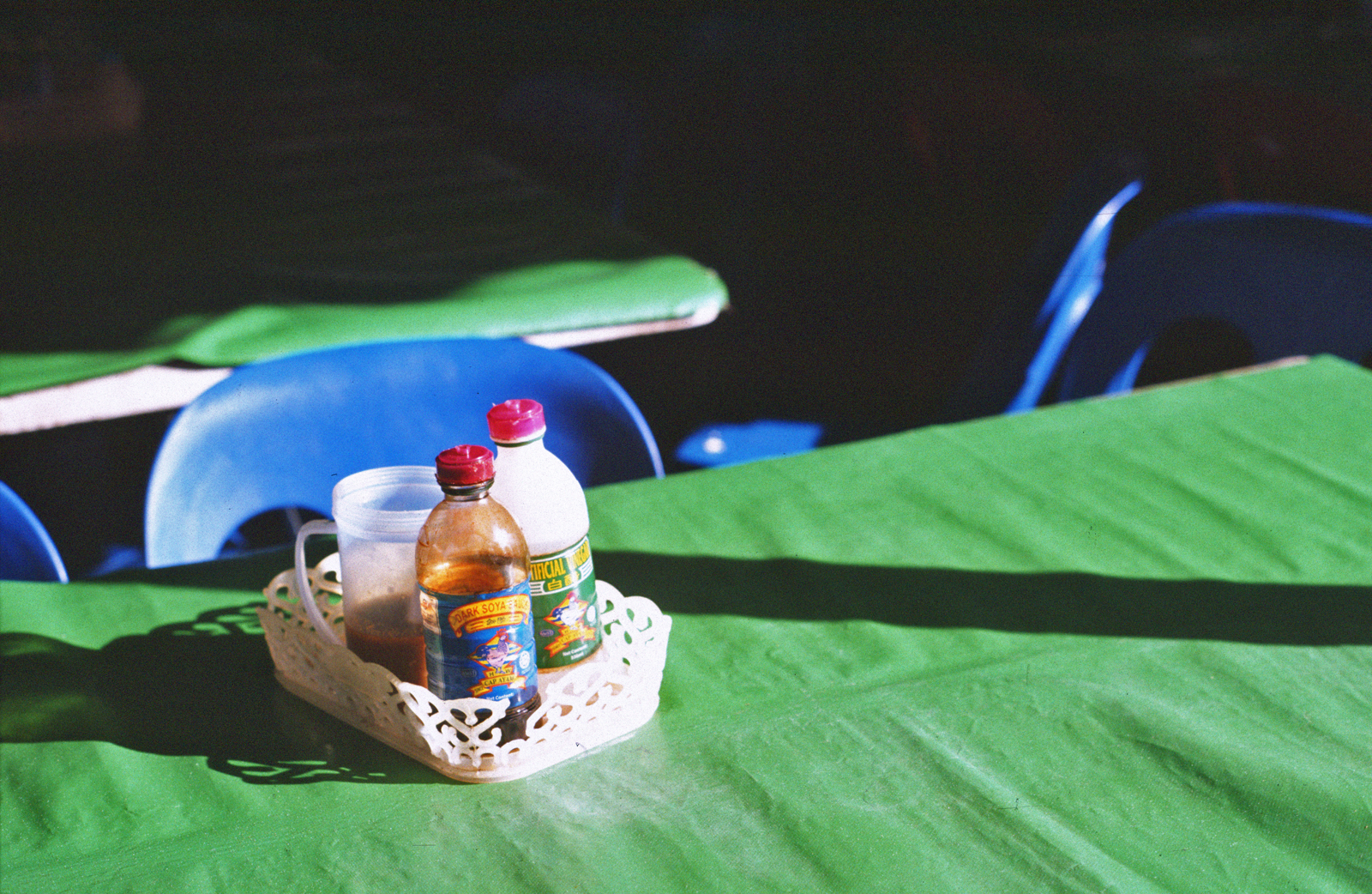 When Kodak Alaris announced Ektachrome slide film was returning at CES in January 2017, it marked a turning point.

For the previous decade-and-half film photographers had had to get used to their favourite films being culled from the line-up one by one. Kodak’s own lines of Ektachrome and Elite Chrome E6 films were gradually whittled down until the last of them disappeared in 2012.

And this wasn’t just any film coming back from the dead. While Ektachrome might not have got a Paul Simon song named after it, it was E6 process and far more practical to develop; it also formed the basis of Kodak’s much-loved Elite Chrome family of consumer slide films.

Bringing back Ektachrome was no mean feat. Eastman Kodak (who actually manufacture the film) had to completely reformulate the emulsion in order to make a product that would adhere to contemporary environmental rules. It wasn’t just taking a recipe off a storeroom shelf, blowing a layer of dust off it, and mixing up a big tank full of chemicals. 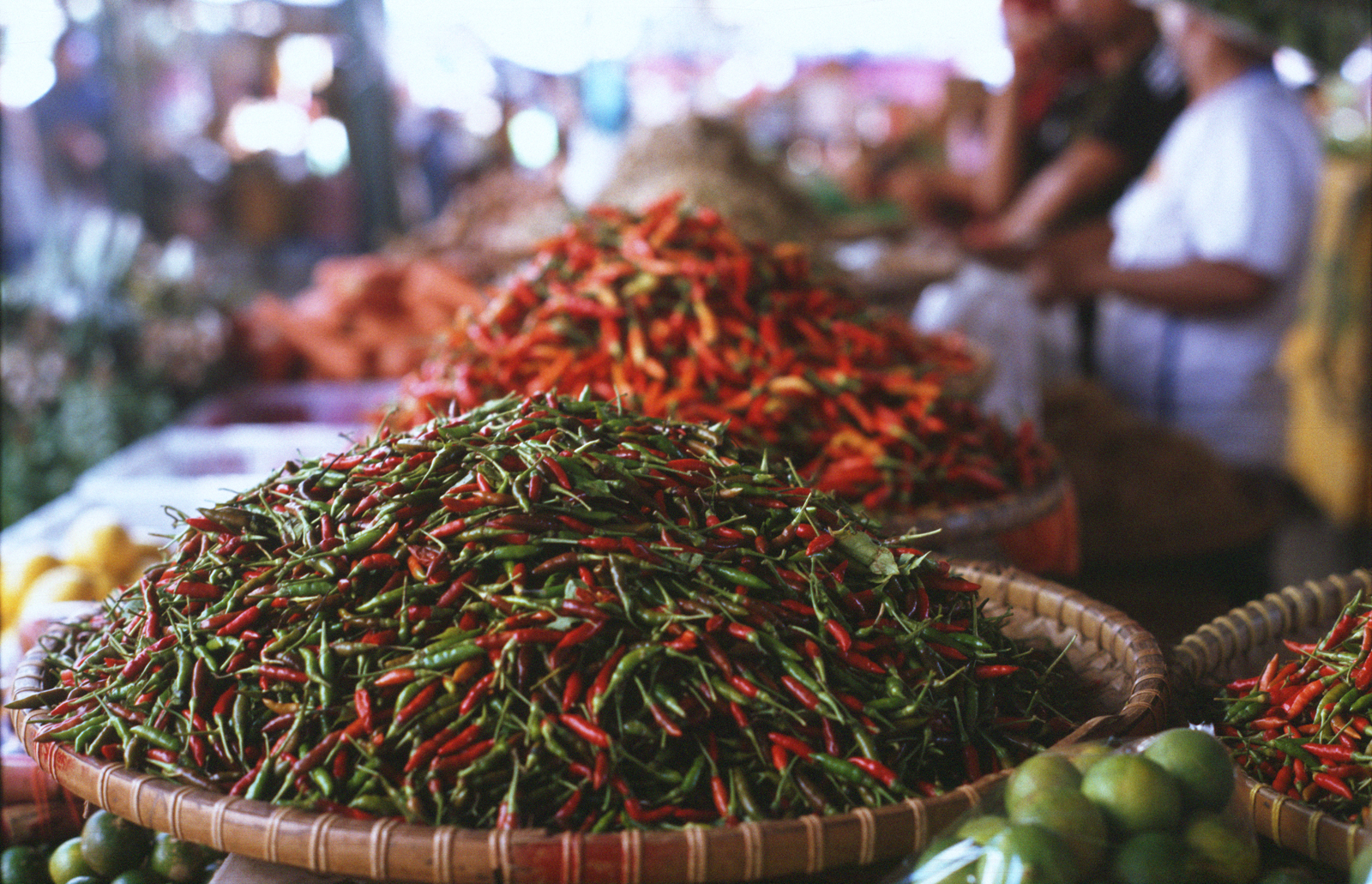 It took more than 18 months from announcement until the film was actually available in shops. The first rolls started going on sale in October 2018, which turned out to be just in time for my honeymoon.

In November 2018, my wife and I spent 10-odd days in Malaysian Borneo, including a couple in the “Lost World” of the Danum Valley, a protected rainforest that has never been logged and is now . Obviously, with all this rainforest and colourful tropical landscapes, I was going to have to pack plenty of film. And it seemed like the perfect excuse to add Ektachrome into the camera bag. 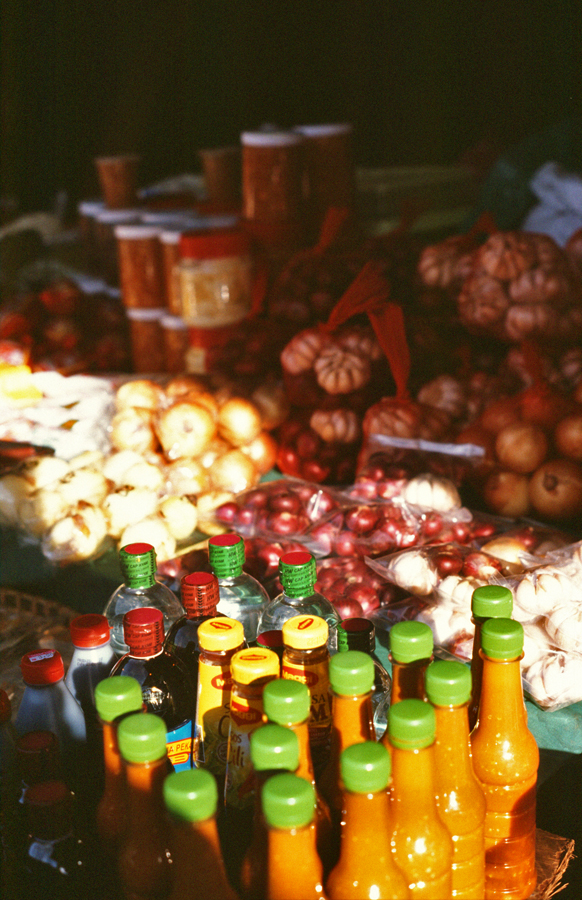 Back in the day, Ektachrome came in a number of styles. Two of the most popular in recent times were E100G for those who wanted the finest grain, and E100VS – the “Velvia killer” – built to compete with Fujifilm’s most saturated slides. (There was a whole family of Ektachrome films, and this timeline on EMULSIVE is particularly helpful.)

The new Ektachrome most closely resembles E100G. That means grain is very restrained – this raising the prospect that this could be a very pushable slide film, something to celebrate since the last slide film above 100-ISO, LOMOgraphy’s Xpro 200, was discontinued a year ago.

I brought five rolls of the new E100 film a few days before flying out, and shot the first of them while wandering around a covered fish market in Kota Kinabulu, a fast-growing tourist centre on the north-east coast of Borneo. There was bright sunshine with blue sky (not as common in the tropics as you might think) but also plenty of contrast and shadow, so this was an environment that would definitely make the film work a little. I shot on a Pentax ES II with an SMC Takumar 55/1.8 standard lens.

This first roll doesn’t give me much sense of how the new Ektachrome deals with skin tones, but what is evident is its eye-popping colours. Asian fish markets are not drab places: there’s the endless colours of the fish and other creatures, the brightly coloured advertising signs, the clothing of the sellers, patches of bright sunlight and the occasional burst of flame from barbecues leaping into the gloom. 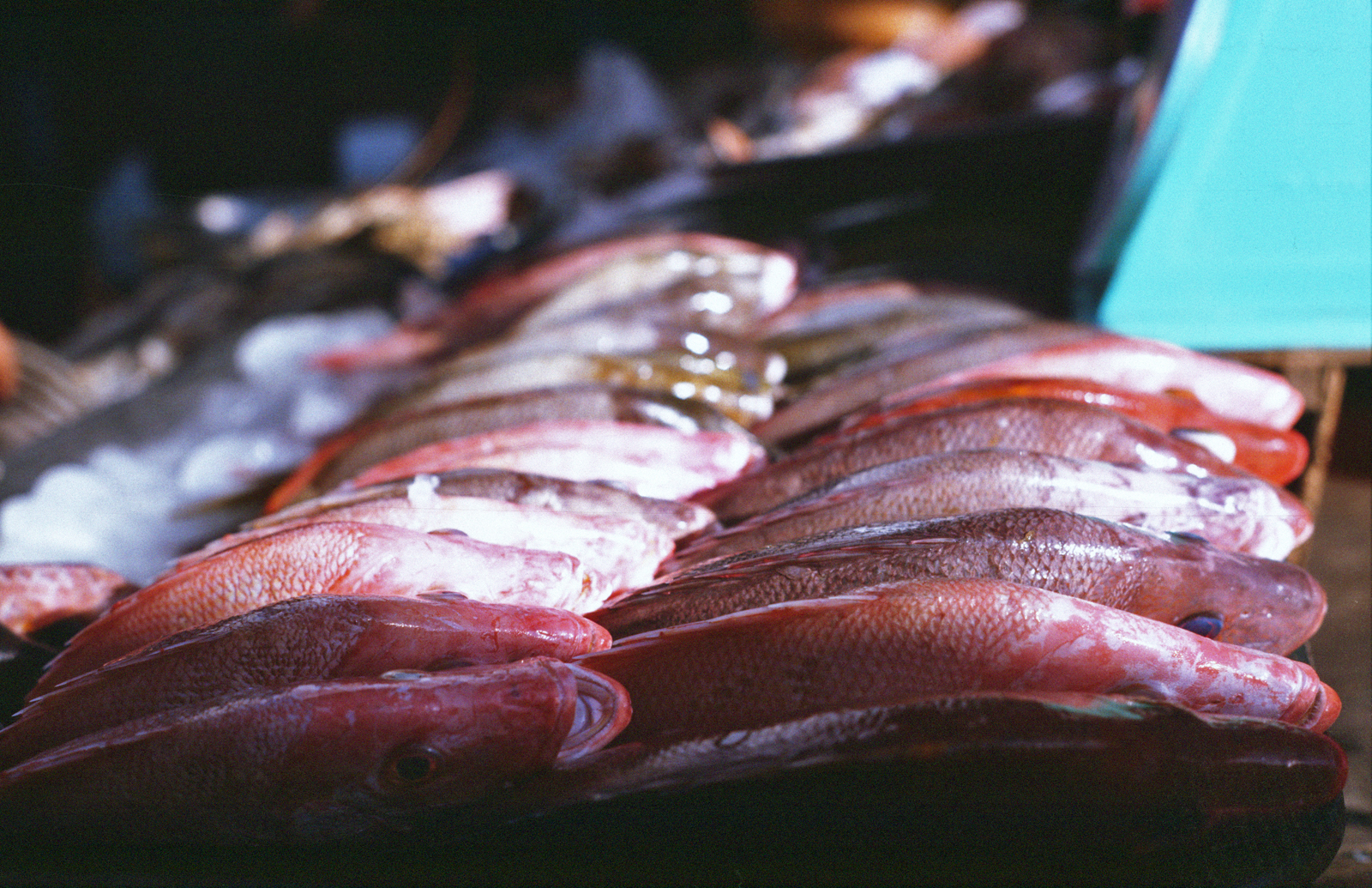 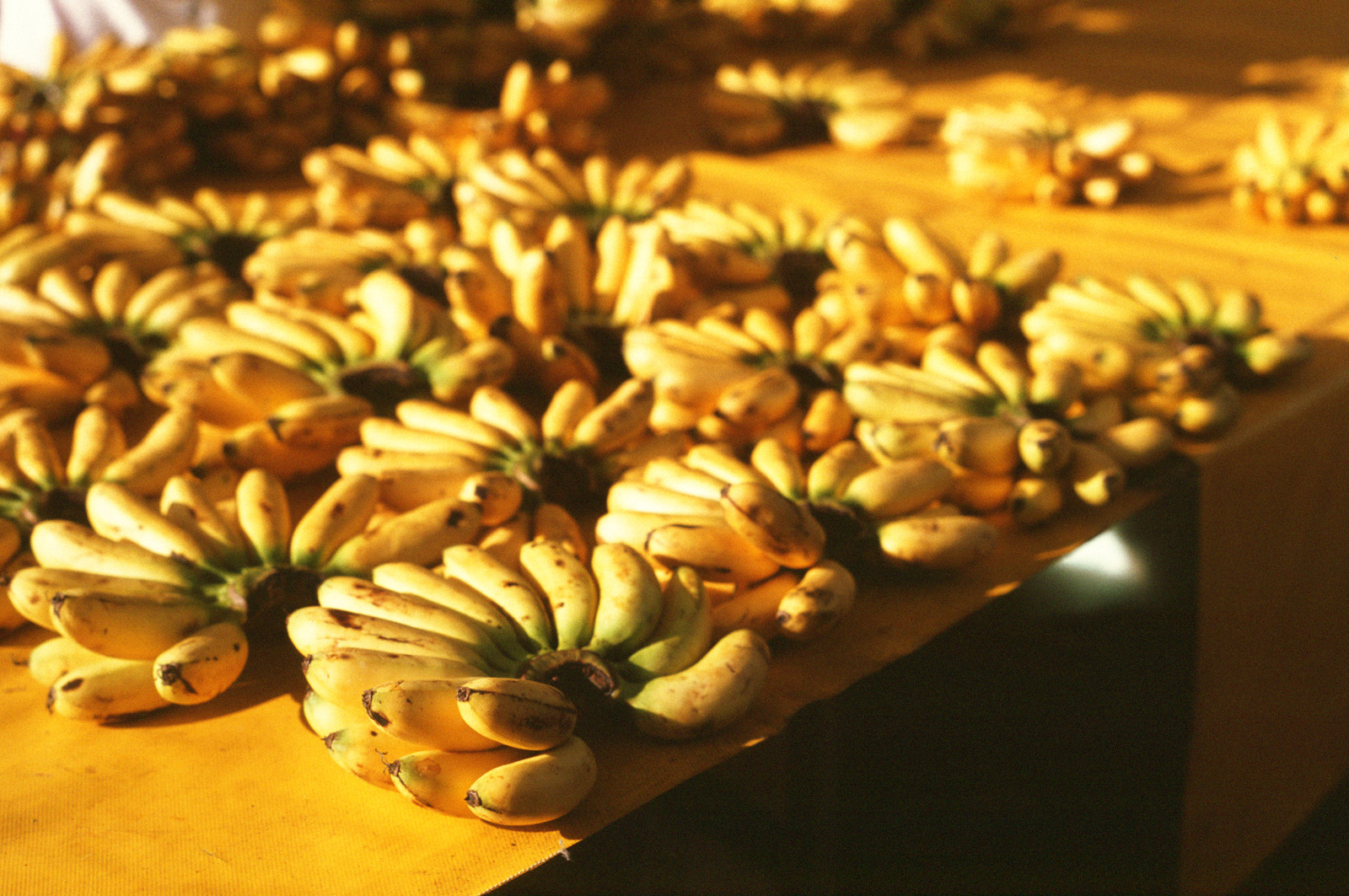 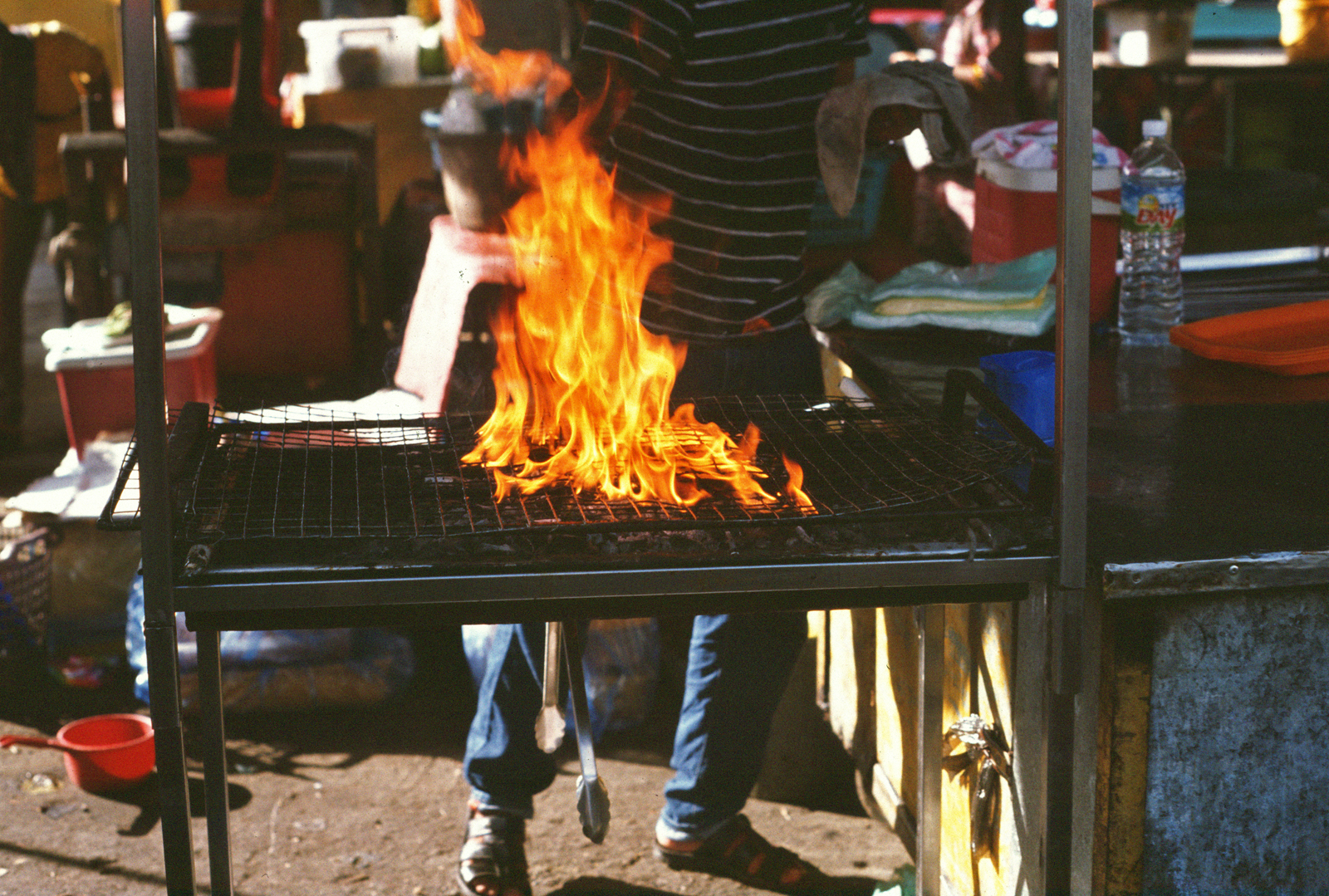 Other people who’ve reviewed the film already (I know getting round to talking about shooting Ektachrome 15 months after it came out is hardly finger-on-the-pulse stuff) have likened it to Kodak’s Ektar 100 negative film; the same saturated, bold colours that always err on the right side of lifelike. As much as I love Ektar – and push comes to shove it’s my favourite of the current colour negative films on the market – the new Ektachrome definitely has a different feel.

A few of the shots on this first roll lost some shadow and midtone contrast, but that’s down to the environment  they were shot in – patches of hard sun in a covered market are invariably much brighter, and with any slide film it always pays to meter for the highlights.

I ended up shooting only two of the five rolls I bought while in Malaysia, the second shot among the vivid green (and overcast skies) of Danum Valley. The other three still sit on ice, waiting for some rich spring sunshine. 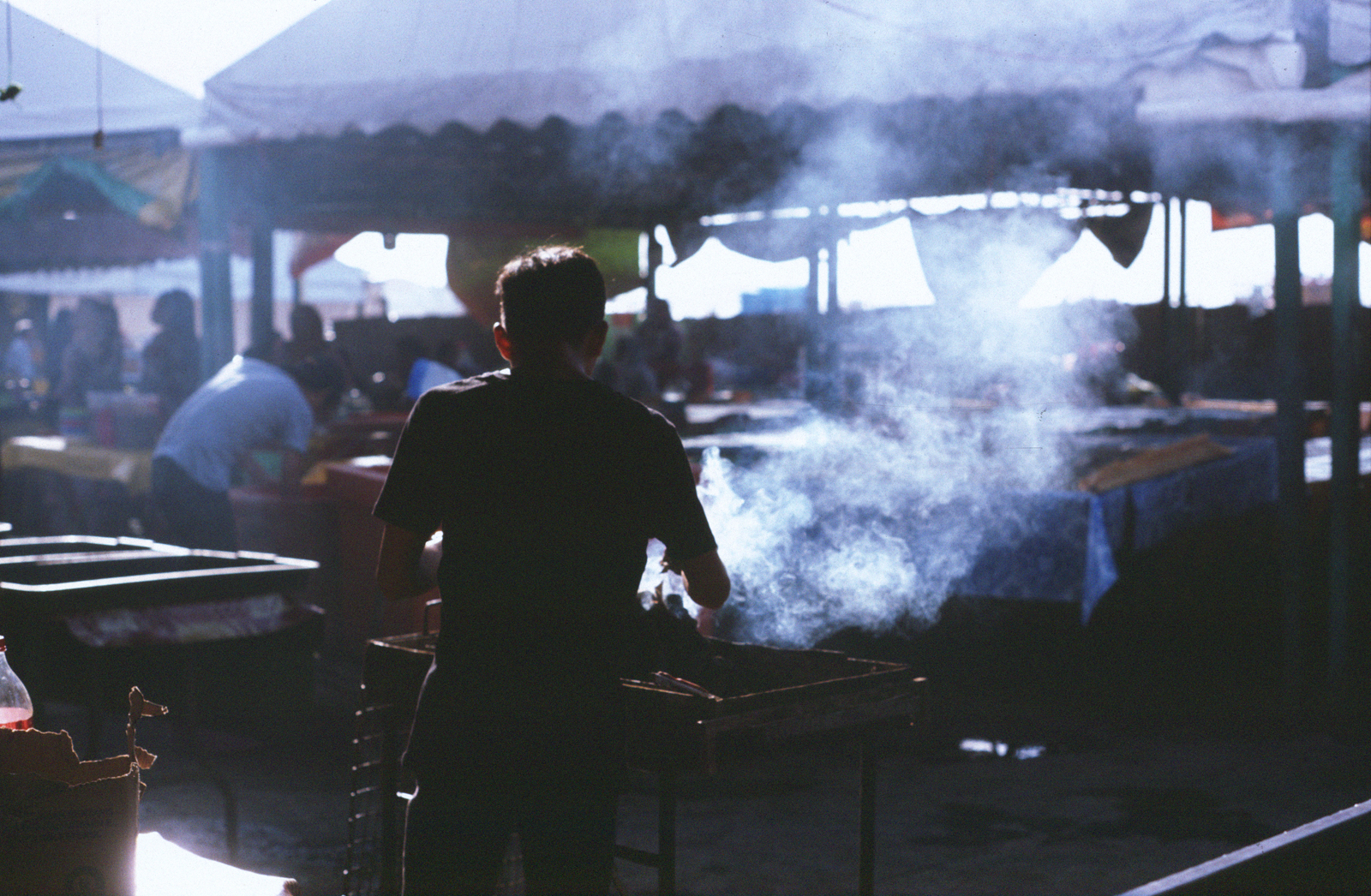 There’s no tip-toeing around it; at around £16 a roll after Kodak Alaris’ recent price rise, the new Ektachrome is not a film to be shot every day; I can’t see myself normally shooting more than roll or two of it each month. But can I see myself wanting to shoot it that consistently? Absolutely. The new Ektachrome won’t be capturing all of my travel shots, but you can expect at least a roll of it in the camera bag when I’m heading off somewhere new. This is a film that deserves to see a lot of the world. 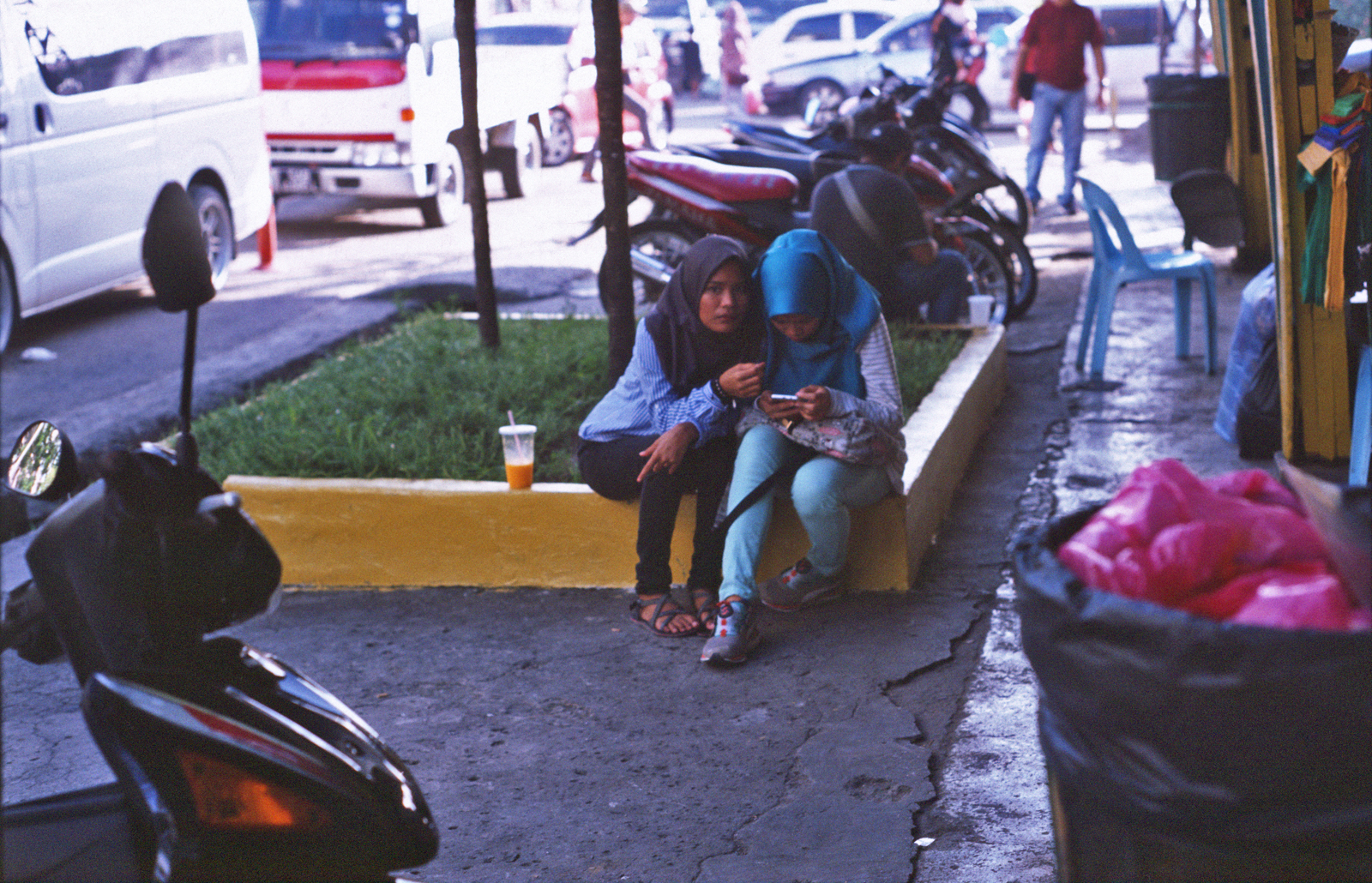 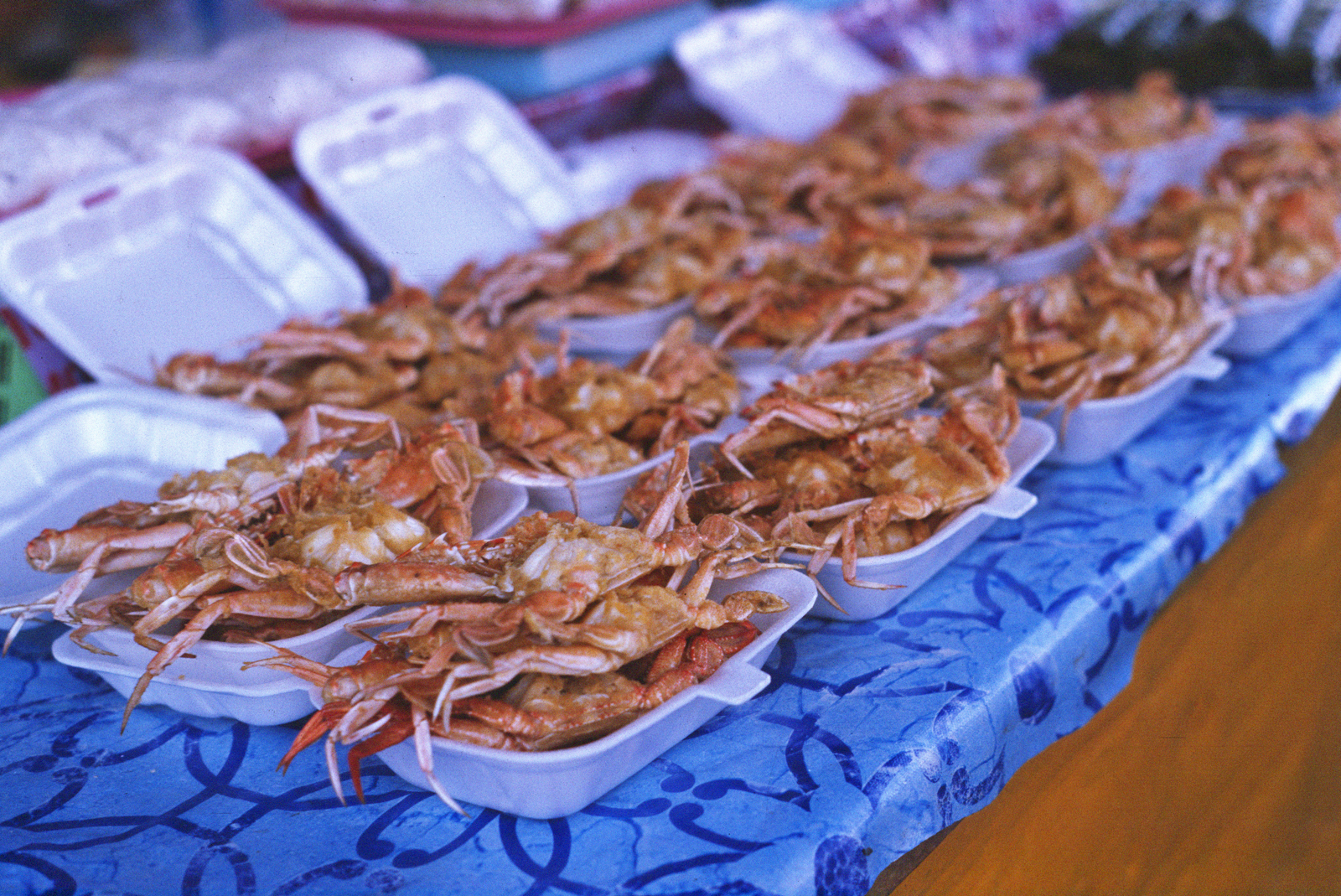 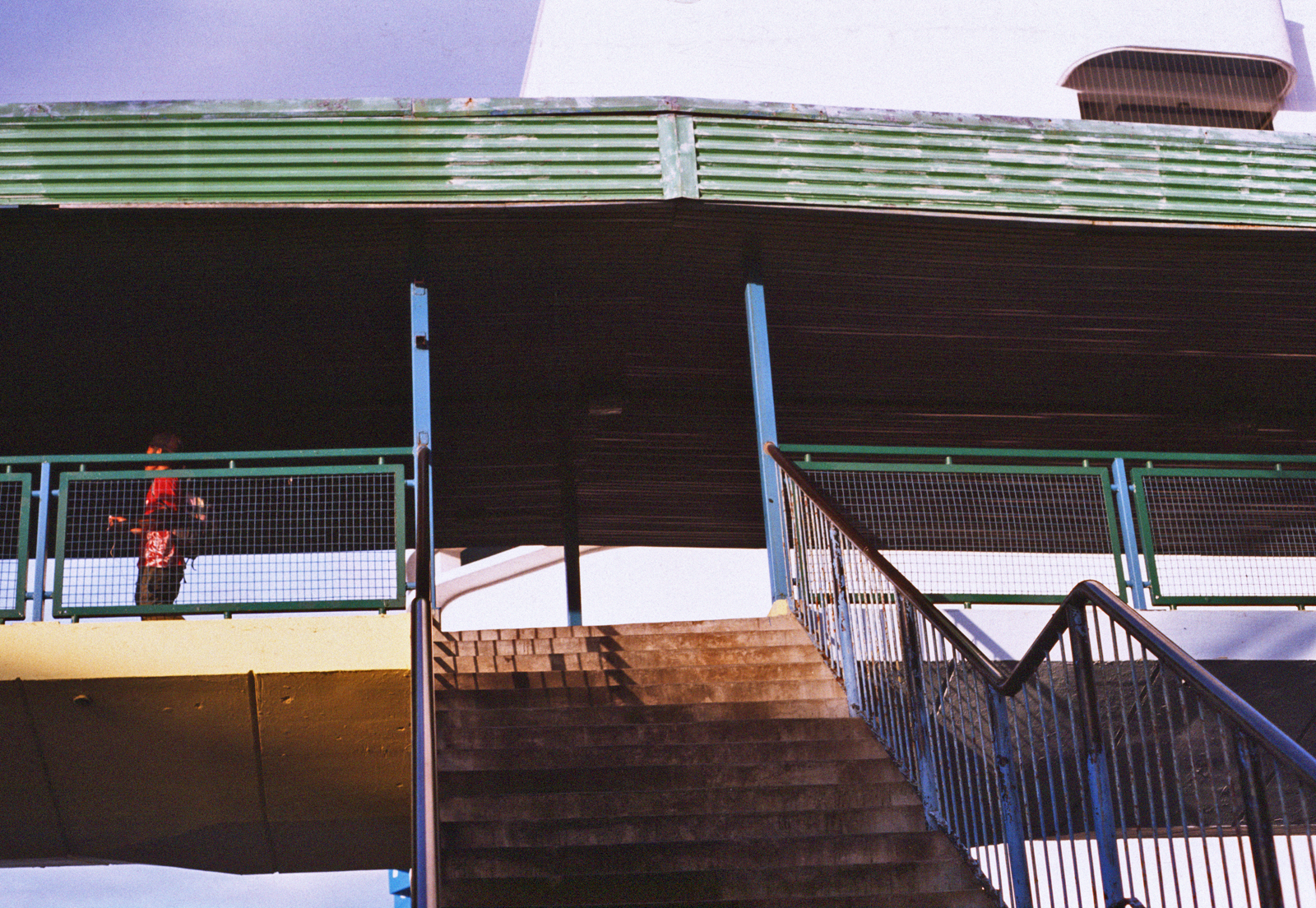