The pictures I include in this review are from two trips I took in my home country, Costa Rica.

One of them was to the Costa Rican border with Panama, where a native community lives. Those frames were taken with JCH Street Pan 400.

The other pictures were taken in a bar located in the mountains of the province I live in, Heredia. For those frames I used Kodak TMAX 100.

In recent years, the type of film cameras that has risen most in price has been the point-and-shoots – both mid and high-spec ones.

Mid-range models such as the Olympus Stylus Epic, the Olympus XA series or the Nikon L35AF now cost more than $100 a piece on sites like eBay. The premium cameras like the Contax T or the Nikon 35Ti/28Ti, well, one of those could cost you more than a pro-level SLR.

However, sometimes you have lucky days on the internet. Some time ago, I bought a Yashica T2 for $13 in excellent condition on eBay. The seller misspelled the camera’s name so nobody had been able to find it, just me. (Here’s a piece of advice, type the name of the camera you want with misspellings in the search bar, maybe you’ll get lucky too).

The first thing I can say about the Yashica T2 is that the battery was more expensive than the camera. The T2 uses a 2CR5 6V that cost me around $17, where I live (Costa Rica, in Central America). It is a powerful battery for a small camera. That’s because of the flash, which must be charged quickly between shots.

The most attractive thing about the Yashica T series is its optics. The cameras all feature because a 35mm Carl Zeiss Tessar T 3.5 (except the T3, that has a 2.8). This German-designed lens is famous for its quality and sharpness, as you can see in the photographs.

Personally, I’m really surprised of the sharpness of the T’s 3.5 lens, both in close-up and wide shots. Also, the lens has a plastic cover that move automatically when you shoot. This is useful to prevent the front element being scratched.

Beyond the lens, the body of the Yashica T2 feels “plasticky”, not particularly weak, but plasticky. Anyway, I think it’s a common thing in mid-range point-and-shoot cameras.

One of the most common problems in the T2 is the battery door, which can get loose, so you have to be careful with it. As for the size, it is not so small that you can put it in your pocket, but it is not so big that you can’t take it everywhere. 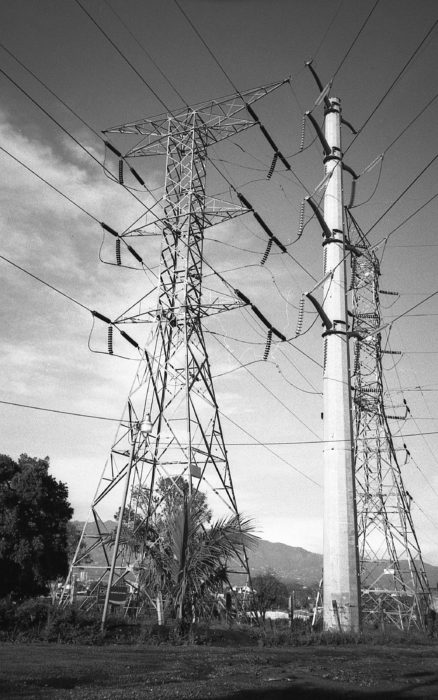 The Yashica T2 uses DX coding. Rolls can be used from ISO 50 to 1600, which is quite acceptable. In case you do not have a DX code canister, the camera will set it to the default ISO, which is 100. To push or pull the film, you can hack the DX code with a scissor or a tape, depending on the case.

The shutter speed of the camera ranges from 1/8 to 1/500. On a very sunny day with an ISO 800 film, the maximum speed of 1/500 will force the camera to close the diaphragm too much.

One feature of the Yashica T2 that may be annoying for some people, is the sound. This is not a quiet camera, it is a bit loud. The sound of the motor drive can betray you when taking pictures in the street. It ain’t discreet at all.

The autofocus of the T2 works with three LED lights that you see in the viewfinder when you half-press the shutter-release button. There is portrait mode (one person sign, for 1-2m), group photo (three person sign, for 2-4m) and landscape (mountain sign, for 4m-∞). If you let the button press halfway once you focus, the focus will lock. I found this feature really helpful.

As for the flash, the camera decides when to use it. However, there are two buttons on the top plate to manipulate it. There is a button for “no flash” and another one for “daylight flash”, which is a fill flash. These buttons should be pressed down when you take the picture.

In addition, the camera has a self-timer for those who like to appear in the photos. And the version I have is the Yashica T2D. The “D” refers to the date, because in the back the camera has a dater which uses a CR2025 3V battery. I haven’t tried it because it isn’t my thing.

The T2 has the capacity to produce great quality images, the 35mm Carl Zeiss Tessar 3.5 T is very sharp. The camera is very fun to use and is a decent size for taking everywhere.

For a mid-range point-n-shoot I think that the price is a bit high. A Yashica T2 can be sold between $100-$200 in a very good shape with a working battery door and without scratches in the body or the lens.

With that amount of money you can buy another type of gear, but at the end of the day that’s the part of the magic of film photography: the infinite offer of gear. This price is a condition of the market nowadays that can change in the future, for better or worse.

Those are good pictures Alonso! The battery door on mine broke on the first film and is a mass of tape and epoxy, but it lives on.