The Phoblographer called the LC-A 120 “the best street photography camera: film or digital”. I’m more than inclined to agree. It’s definitely been my favourite medium format camera since it first came out back in 2015.

I’m used to carrying a lot of cameras around with me, but the LC-A is so light, that I don’t even notice. It’s compact and fully automatic and its 38mm Minigon glass lens (equivalent to a 21mm lens on a 35mm camera) won’t let you down.

The camera lets you to pick your ISO anywhere from 100 to 1600, so this is good news for those who like mixing things up with different types of film and new techniques. My favorite setting is the MX, or double exposure function.

Double exposures and multiple exposures are really popular with analogue photographers and with the LC-A 120 you just press the button and expose away. There’s also a tripod socket and cable release thread for those who love shooting long exposures.

Its sleek body attracts both the amateurs and the medium format connoisseurs, who usually stare in awe, wondering if they should take this plastic camera seriously or not. They definitely should.

I’ve used the LC-A 120 for both professional and personal reasons. I’ve shot portraits, landscapes, seascapes, architecture and street photography, in all kinds of lighting and weather conditions. I’ve loaded it with black-and-white films, colour negatives, redscale and special effect films (Purple, Turquoise) aswell as colour slides. I’ve even used it with expired films over 20 years’ old.

It hasn’t disappointed me, yet. I always look forward to developing the film and I’m always satisfied when I look at the pictures I took.

I’ve also used the LC-A 120 for commercial use and professional photo shoots, without even thinking that I’d need a back-up camera. I’ve got the programmatic automatic exposure and four-step zone focusing of my trusted camera, with a closest focusing distance of 0.6m (2ft).

I bet you’d like me to list a negative thing about it, right? Well, I have to admit I’m not crazy about its maximum aperture of only f/4.5, even though it hasn’t been an issue so far. I always get glowing colours and fine contrast.

I’ve never even needed a flash, yet. I hardly ever use it in general, but the LOMO LC-A gives you the option to grab a flash you like, insert it in the camera hot shoe and shoot indoors and/or at night. You can also shoot with colour filter gels over your flash, so your square shots become funkier!

Everyone knows the legendary reputation of the original LOMO LC-A. Its 6×6 version gives you the same, signature shadowy vignettes and since 120 negatives are larger than the usual 35mm negatives, you get images with more grain and effectively higher resolution (so you can make bigger prints).

Most medium format cameras can make 35mm photographers nervous. Back when I was studying photography, I was anxious when having to load a 120 film. For most newcomers, it can be a tricky process, but the LC-A 120 is very easy to load.

LOMOgraphy may have built their reputation on plastic, easy-to-use cameras, but they sure know how to step up their game, too. The LOMO LC-A 120 is proof of that. 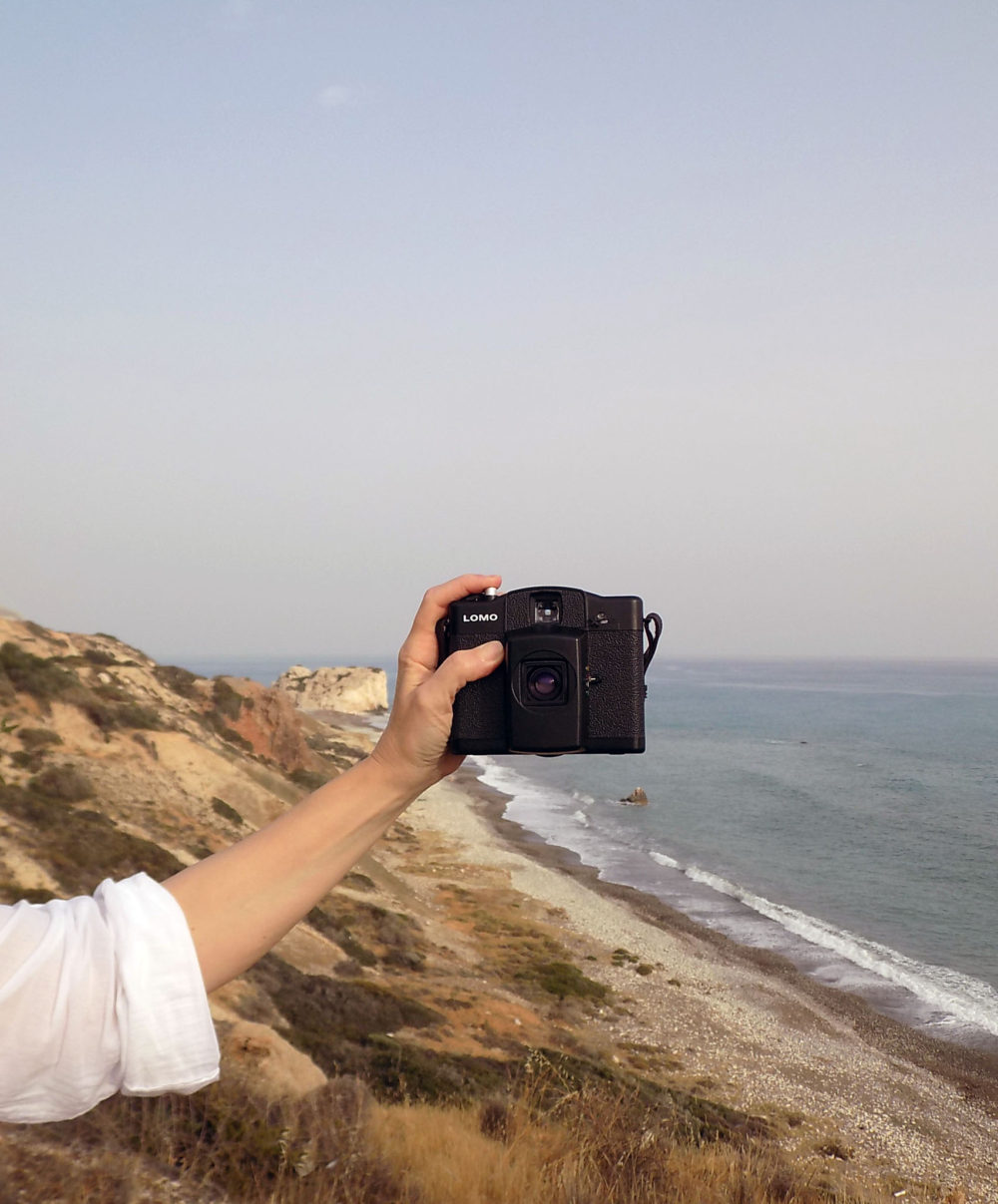 In 2011 she decided to take the leap and open her own LOMOgraphy/analogue photography shop. She’s the authorised dealer of LOMOgraphy in Cyprus and no other shop on the island has the variety of film cameras and emulsions that “Three Sitting Birds” has. Irene loves organising photo excursions or – what she calls – “lomo trips”, because it gives her and the local film community the chance to go around Cyprus and follow – or not follow – the 10
Golden Rules of LOMOgraphy (https://www.lomography.com/about/the-ten-golden-rules).

In 2015, Irene and her customers flew to Athens, Greece for a LOMOgraphy Cyprus – LOMOgraphy Greece meet-up! Her friends call her “Queen of LOMO” and “film freak”!

Those are some fine photos Irene. You do make a good case for the camera.

Sorry to hear that – I’ve changed the page settings to reduce the number of ads.

Hi! I also have one of these cameras and I love the pictures i get from it, but did you have the problem of not getting 12 pictures from a roll? I have been getting 10 or 11 if I’m lucky, it is always disappointing when I lose one and I am now careful not to take any of my ‘best’ shots at the end of the roll.