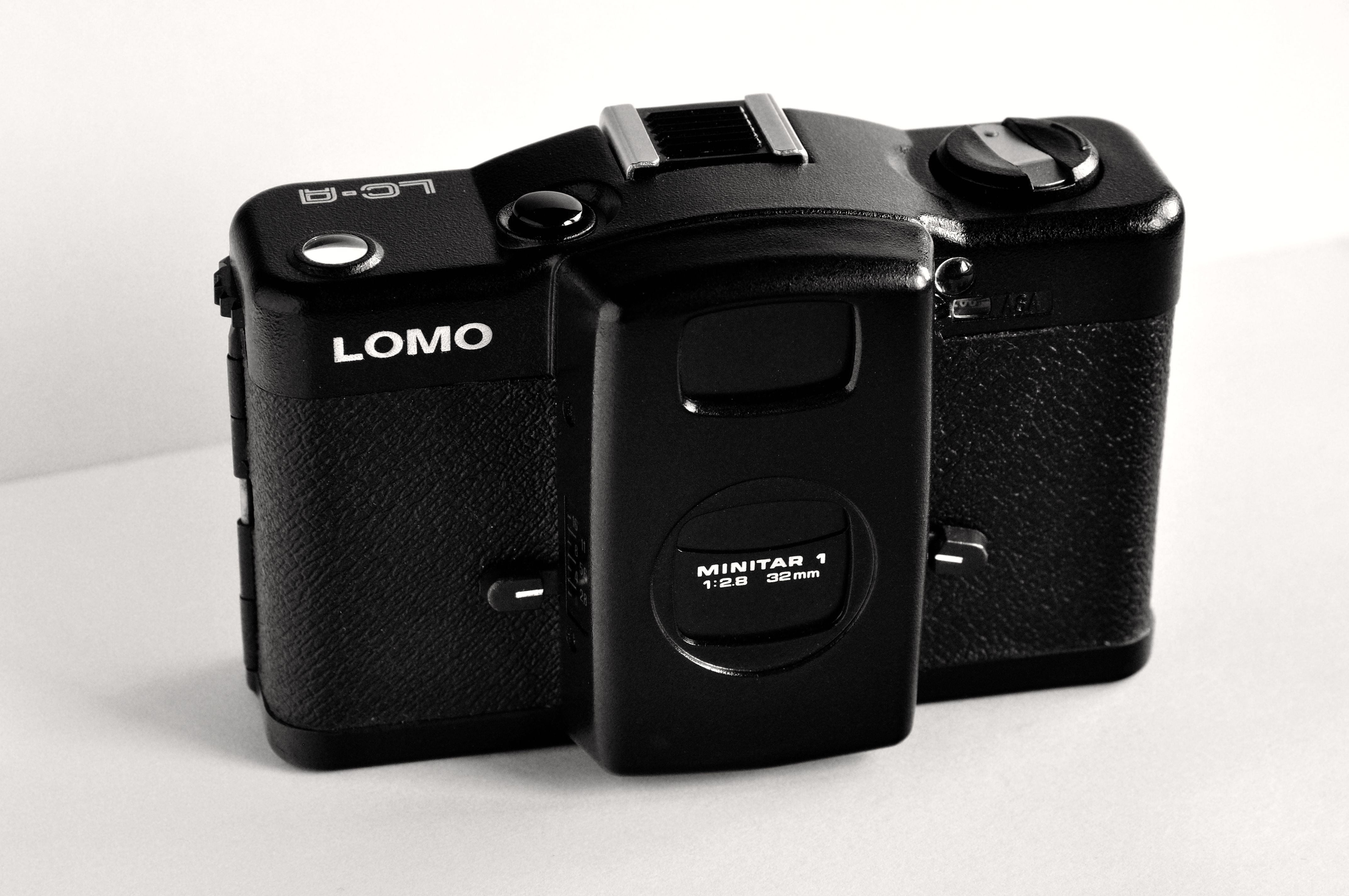 I first heard about the Lomo LC-A in the year 2000. It was a decade after the fall of the Berlin Wall, and eight years since a bunch of Austrian art students discovered one of these Soviet curios in a Prague junk shop and turned it into an enduring photographic fashion.

I saw my first Lomo in a sadly long-defunct camera shop on London’s New Oxford Street. It was a Soviet-era Lomo LC-A from 1986, a heavy rectangle of matte black plastic with Ломо written on the front in faded Cyrillic script, a relic of Cold War cool. It cost £70 and it started an unshakeable love affair with analogue photography, and the weird and wonderful world of Lomography.

Much has been written about the LC-A (Lomo Compact Automat) since the 1990s; aside from the no-frills Zenit SLRs which gave many European snappers their first faltering steps into photography, the Lomo is probably the best-known example of the USSR’s enormous camera industry.

The Lomo first appeared in the early 1980s, a copy of the Japanese Cosina CX compact; like the Lomo, the Cosina was an automatic, scale-focusing camera. There was no fiddly focusing – just select one of four distance guides (portrait, group, landscape and infinity) and press the button. Set the camera on its automatic setting and the meter would chose a speed – anything from 1/500th of a second to up to two minutes. 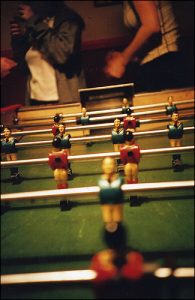 The Lomo designers back in Leningrad took much of the Cosina’s quirky features and made their own, suitably Soviet-looking version. The Lomo’s not as sleek as the Cosina, and the Japanese camera’s lens is undoubtedly superior. But the Cosina’s now a footnote in photographic history, only mentioned because of the surprising success of its upstart, knock-off, communist cousin.

The Lomo’s strengths come from what many might see as its failings. The 32mm Minitar lens creates severe vignetting – darkened corners that create a tunnel-vision effect. It’s a similar effect to that seen on cheap, plastic-lensed toy cameras. The upside is, however, that the Minitar creates beautifully saturated colours that accentuate the vignettes in the best possible way. It’s a combination that many photographers paired up with cross-processed slide film – it’s that which helped make the LC-A such a craze. That and the shutter that would remain open as long as the camera’s meter decided – meaning lots of lovely weird light trails in bars and night-time cities. The craze for this quirky compact meant Lomography ended up persuading Lomo to res-start production in St Petersburg (though nowadays Lomo cameras are all made in China).

For the first couple of years, the LC-A barely left my side. I took it on trips to Greece and New York and back home to my native New Zealand. In 2004, the LC-A was one of a bunch of Soviet cameras I took with me on a five-week trip across Russia on the Trans-Siberian. In recent years – thanks partly to buying an LC-A+ and being given an LC-Wide – the Lomo has sat in the camera drawer, biding its time. Why take it out of early retirement?

Well, there are several reasons…

The lens: The original Minitar, designed and built in Leningrad, is the primary reason. The original Lomo-built lens is fantastic, offering rich colours, deep vignetting and pleasing light halos from streetlights and bright illumination. The lenses on the LC-A+ and LC-Wide are more modern and capable of excellent results, but they lack some of the depth and killer contrast.

The cost: There’s no two bones about it; the LC-A+ and the LC-Wide are not cheap. Here in London an LC-Wide will set you back some £350 – that’s enough to buy an awful lot of second-hand compact cameras, though admittedly few of them will quite have that wide-angle view. The introduction of more modern models with more features means the cachet of the original model has waned slightly – but that means they crop up for a bit less money on eBay.

Robustness: Aside from a broken film counter, my Lomo LC-A has kept going with only one slight repair of its shutter in 15 years. It’s been dropped a fair few times and all that’s happened is a few more scuffs have been added to the black plastic shell. I fear dropping my LC-Wide might cause a few more problems than that.

Soviet cameras can be a brilliantly cheap way of getting into film photography, but quality control wasn’t one of the USSR’s big selling points. The most common problem with the LC-A is faulty electronics. Without a working meter – the magic lurking inside that ugly black shell – an LC-A is little more than a paperweight.

The good thing is, the LC-A takes normal LR44 button cells, the kind that can be found in corner stores and chemists everywhere. Once batteries are installed, check the meter is working OK – looking through the viewfinder, you should see two red lights whenever the shutter is pressed. The left tells you the shutter is working. The right warns you that it’s low light and a long shutter speed will be chosen.

As the days are getting longer and I make plans for a return visit to Istanbul in March, my LC-A looks set to see a lot more use. Happy shooting, comrade.

Check out more of my Lomo LC-A pics below, or on Flickr.

Never bought a Lomo, but love my Oly XA and Mju II

Hi John – got to agree with you regards the XA. Never shot the Mju. I tend to avoid autofocus, but I’ve some great results from them on Flickr.

Thanks madam – if you haven’t shot on one of these, you know what to do. They are life-changing.

I’ll add it to my ZorkiPhoto Challenge 🙂

Nice article. I re-started my film odyssey with a Holga, but am increasingly curious about the forefathers of the ‘lomography’ movement. Given the very affordable prices for the Lomo, and other Soviet cameras, I think I will dive in.

Thanks James. I’ve only played around with the Holga a little bit – you can get great results, but it does seem a bit hit and miss. The Lomo’s a much more flexible camera. Do give it a try. But be aware it might be a bit of a gateway drug!

no wonder they could base a whole movement on this little thing. I should look into taking care of mine since I don’t use it since the frame advancing became jiffy.

Thanks Jo – I’d been neglecting it because of my Lomo LC-Wide – good to be using it again.

Very nice and enjoyable to read. There is an ongoing battle between my LK-A and my LC-A+ for which gets to come out with me. The + often wins just for the shutter release thread.

Thanks for the message – I had the LC-A+ aswell – a great camera… and yes, the shutter release and better metering are defintie pluses.

[…] history. It’s the fact that it’s the CX-1 that’s responsible for the Soviet Lomo LC-A, the camera that kick-started the Lomography movement, toy camera photography and – perhaps […]

I was bought one of these in about 1986 when I graduated from using the same box brownie on which my father had learned to take photographs in the 1950s. They are really lovely cameras and in good light take lovely photographs ; the minitar lenses were great, for such an inexpensive camera. Very tough, the batteries last forever, the metering in normal light was reliable and the limited options for the focus was seldom very problematic. Thoroughly recommend the Russian-built models as an easy to use, pocket, film camera.

[…] Lomo Compact Automat (LC-A) was a Soviet answer to the Cosina CX-2, a scale-focused viewfinder camera released in Japan in […]

I also have the pre-Lomography LC-A. So far, one issue I was able to repair by removing the bottom plate – a bad contact from one of the battery housing wires.

[…] To many photographers, the Soviet camera maker Lomo was synonymous with one camera – the humble, Lomography-spawning LC-A compact. […]

© All material copyright Kosmo Foto except where explicitly stated. No part of this website can be reproduced without written permission.
wpDiscuz
16
0
Would love your thoughts, please comment.x
()
x
| Reply