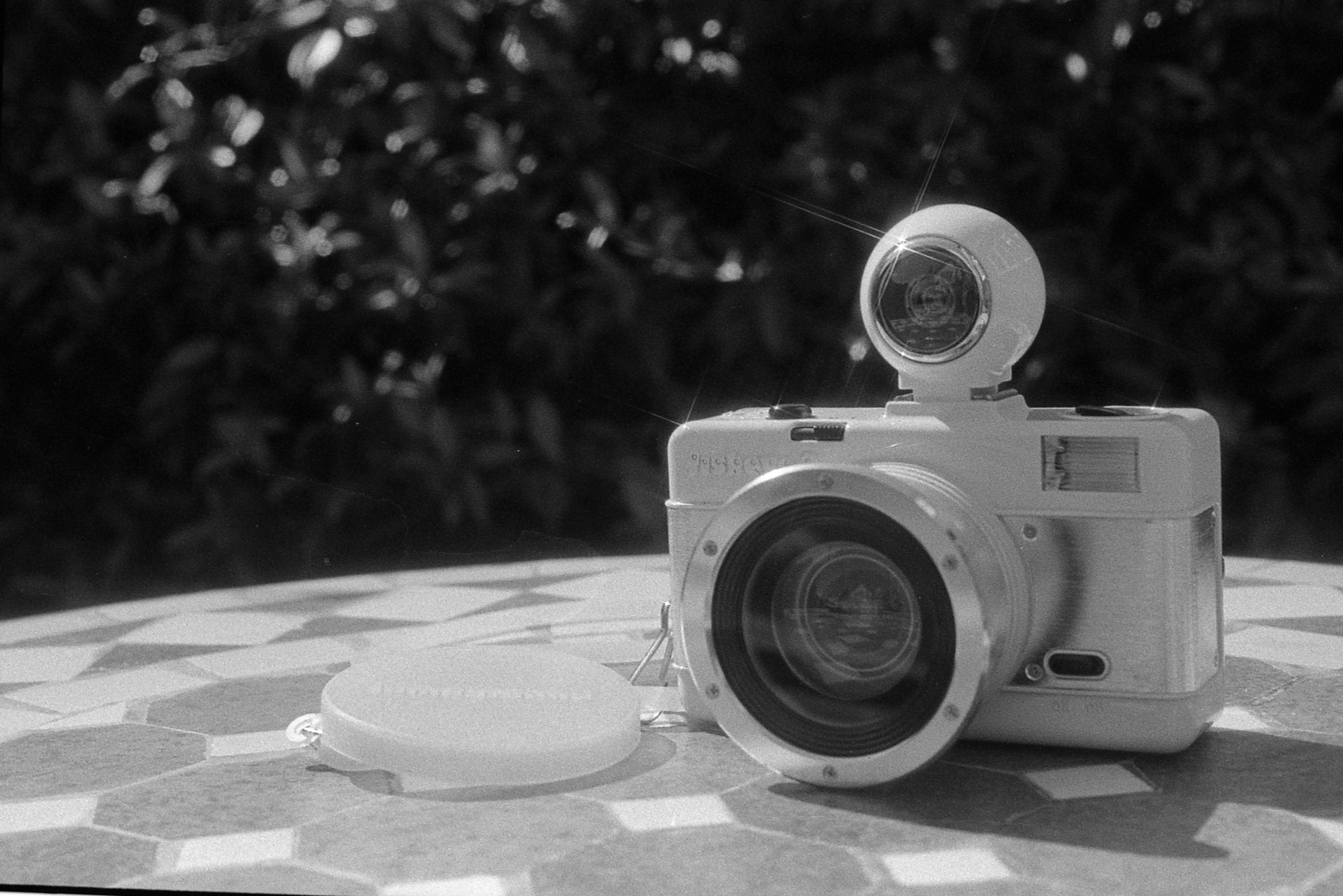 Flipping channels one summer’s evening a handful of years ago I happened across a BBC1 feature about an analogue film revival. Congruity never was the remit of ‘The One Show’, the BBC’s end-of-the-pier magazine programme, but this segue from Lomography to an OAPs’ knitting group in Burnley was jarring even by the presenters’ usual standards.

My mind was reeling and everything looked like the cover of ‘Mr Tambourine Man’ or the opening credits of ‘Hawaii Five-O’: mid-60s a go-go. “Feed your head,” the Jefferson Airplane said, so I dug out my dad’s old Zenit-11 from decades of mothballs and journeyed down the rabbit hole of film photography.

Along the way I met some interesting cameras: some stuck around, some talked jive and folded under questioning. One I was sure would crack easily was the Lomography Fisheye 2 I’d been hankering to try one since ’The One Show’ piece. I picked up a White Knight special edition cheap, but a rummage in the fridge turned up just a solitary roll of Kodak Tri-X, not nearly as colourful or as crappy a test roll as the situation called for. 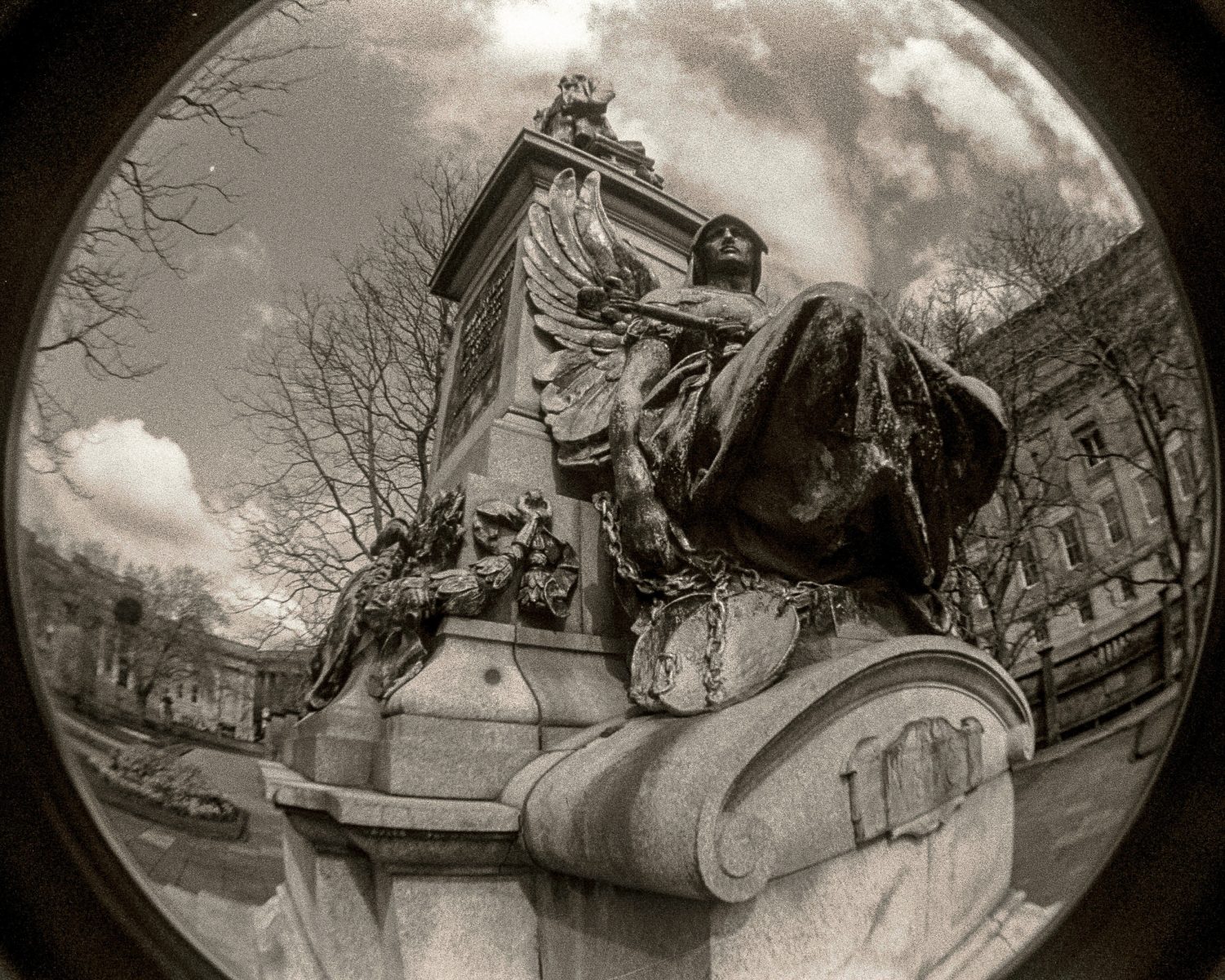 But who’d have thunk it? The results were beautiful and experimental; there was something about the altered perspective and endless depth-of-field all rendered in Tri-X’s inimitable soot and whitewash that just sent me.

Many rolls later, what of that fabled Lomo build quality and use? The all glass lens of the Fisheye 2 is nattily constructed, sturdily wrapped in heavy duty aluminium to lend weight and an appearance of quality that Lomo cameras usually seek to avoid. But then it’s all undone by the details, like a rubberised lens cap that doesn’t quite fit. 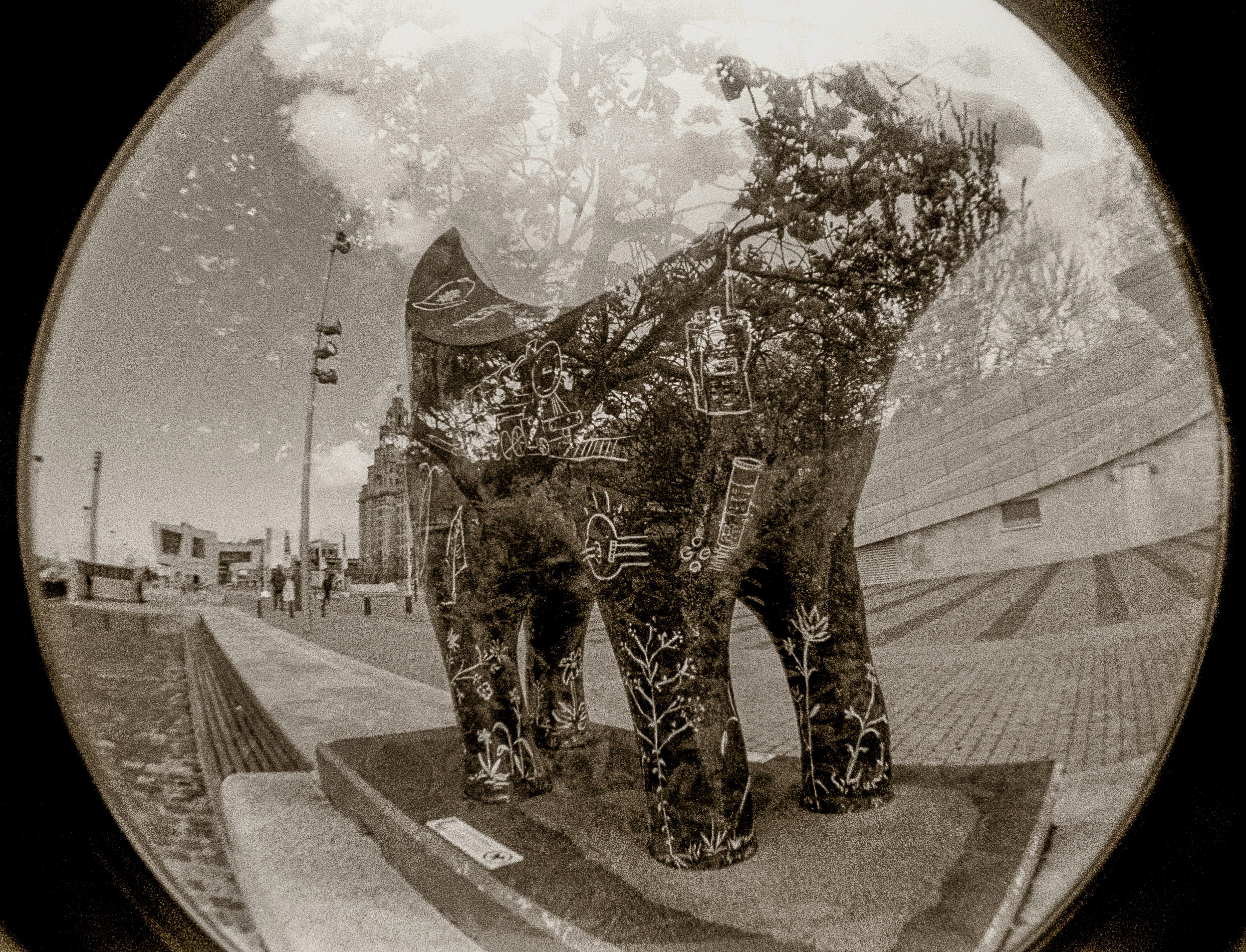 The cap is attached to the wrist strap though; handy since it falls off every couple of seconds. Round the back the film door feels slightly insubstantial although light-tight; no light-leaks so far. Loading film is a typical experience if you’ve shot toy cameras before – usually the third attempt is the charm – and when advancing the ratcheted plastic thumbwheel, watch for the rewind knob rotating to satiate the nagging doubt your film hasn’t loaded correctly.

The camera’s top deck sports a shutter lock and selector switch for normal or bulb modes. The normal 1/100sec fixed-speed shutter sounds troubled – all creaking plastic and the metallic ping of a spring too tightly coiled. Despite festering fears it keeps shooting and with the camera’s fixed aperture (somewhere around f/11) the bulb mode is welcome for some kind of extended exposure control.

A tripod bushing and cable release would have been even nicer, but the Fisheye 2’s squared-off sides are substantial enough for wedging against a firm surface for long exposures. Present too is a fun multiple exposure mode to expand the creative possibilities. The MX switch, incidentally, rattles around until being engaged.

The Fisheye 2’s inbuilt flash meanwhile is useful for continual shooting as daylight fades but there is a caveat. The protruding fisheye lens barrel casts a shadow across the bottom right corner of the frame which can’t really be cropped out due to the near circular nature of the image. The solution is to use an external flash.

Problem is, the viewfinder normally sits in the hotshoe; removing this to fit a flash means no viewfinder. Classic Lomography. Still, the fisheye field of view is so wide at 170o  that you’re unlikely to miss anything out of the frame. 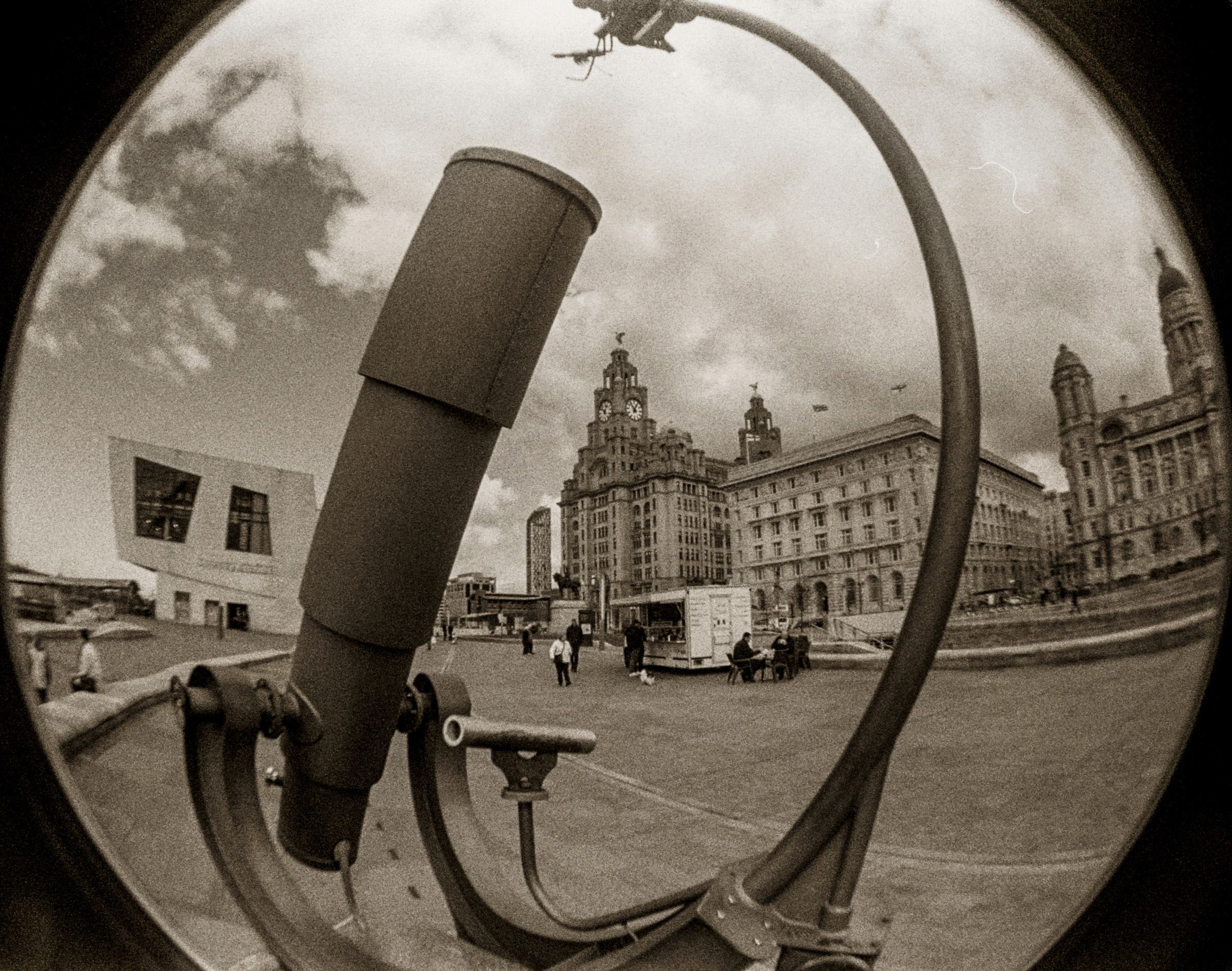 The extreme wide-angle distortion of this view is akin to studying a snow globe up close with pin-sharp, near unlimited depth of field bringing everything into focus at even an inch or two from the lens.

This thing demands you get really close to your subject and I’ve found screwing in a yellow filter can avoid blown highlights in close-proximity flash shots. This is also useful for controlling contrast with black and white film so it’s odd that Lomography doesn’t mention the Fisheye 2’s 49mm filter thread anywhere. 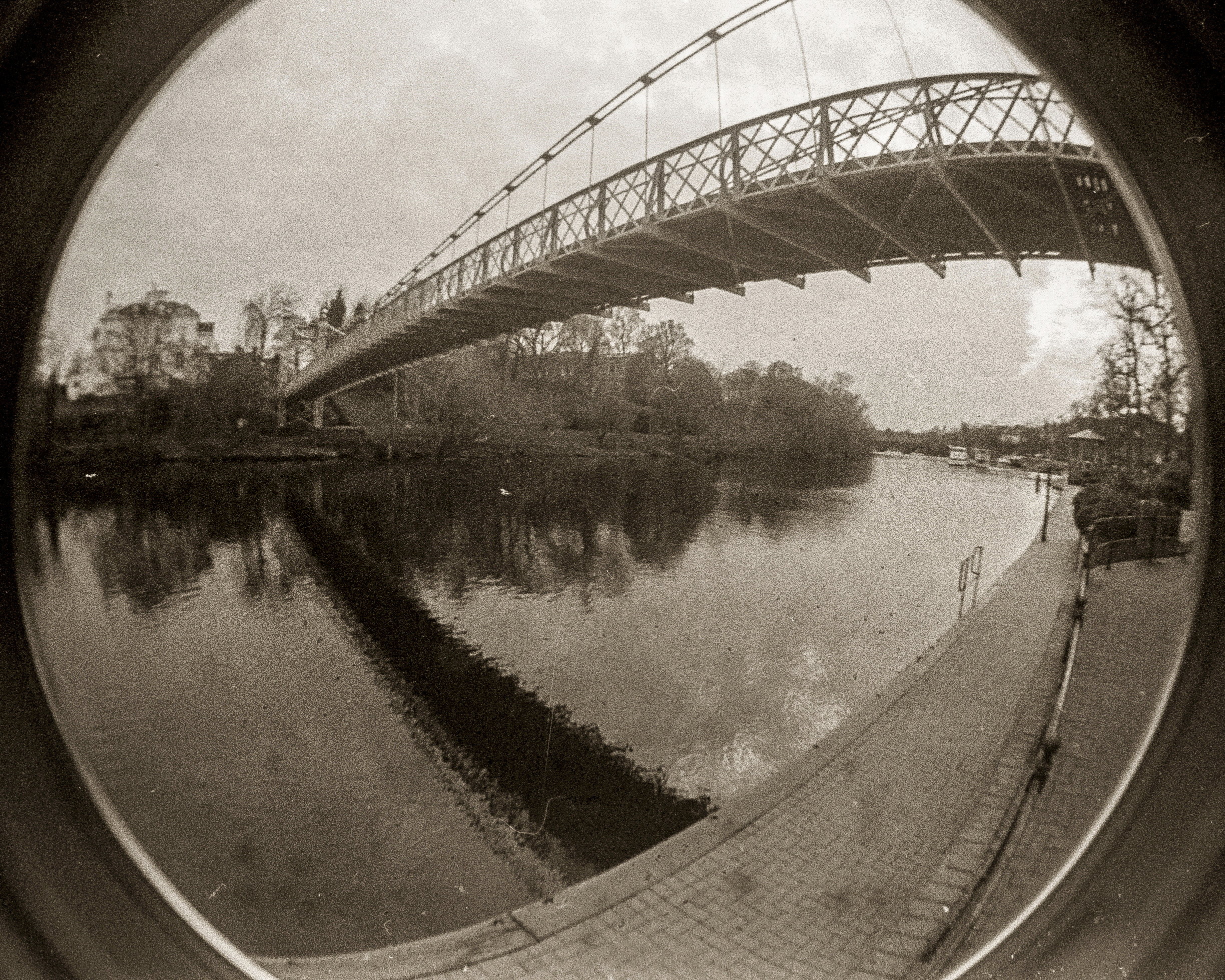 Trying to square the images I’ve shot on this camera with its shooting experience or build quality is difficult. Constant reminders that this is only a toy camera after all belie just what a powerful tool for artistic expression the camera can be when a little creative thinking is applied.

The Fisheye 2 then is a conundrum: an amalgam of some good ideas not completely thought out. But for all its flaws, or perhaps because of them, it is capable of some truly abstract, psychedelic and stunningly unique images. 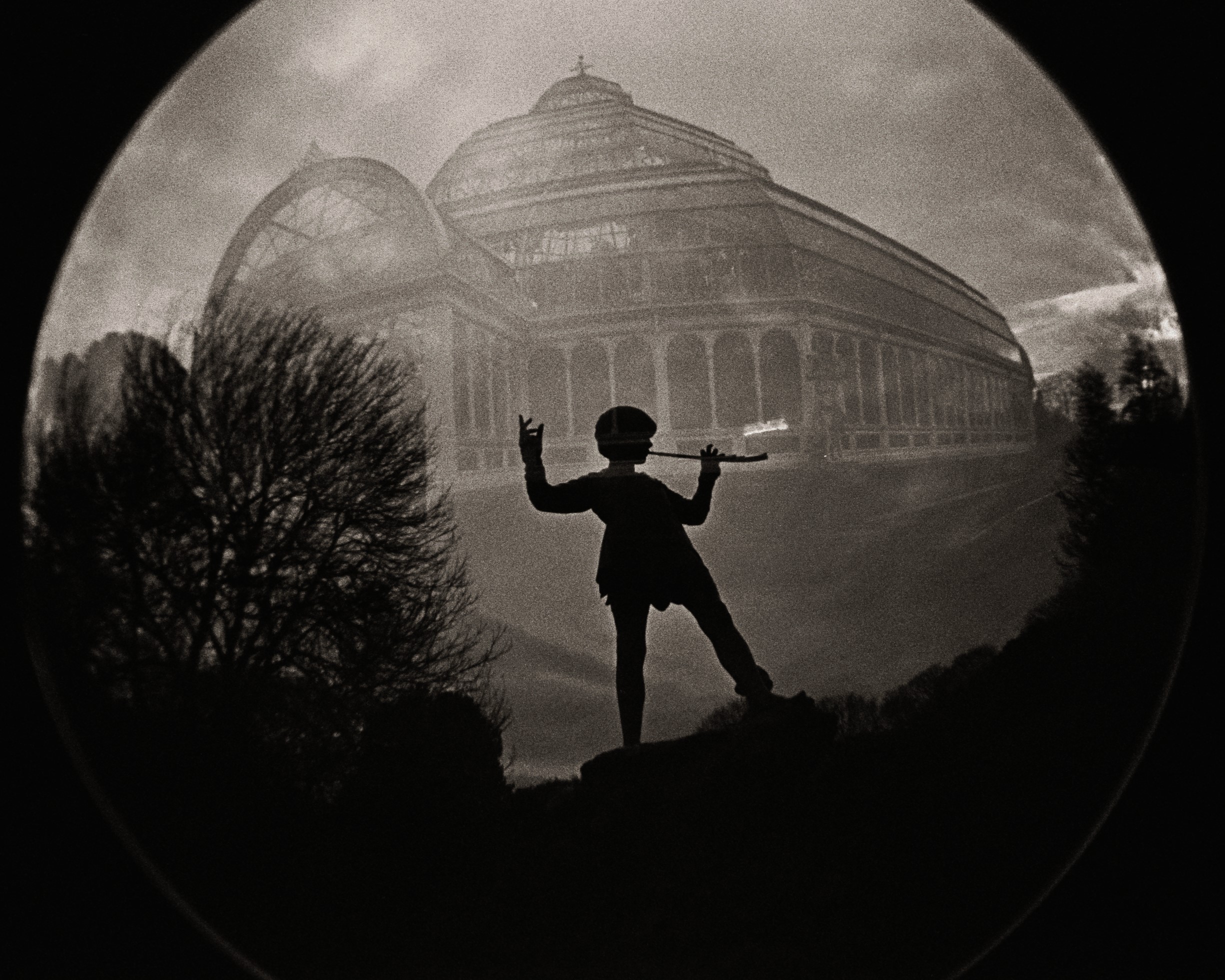 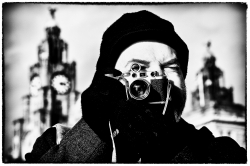