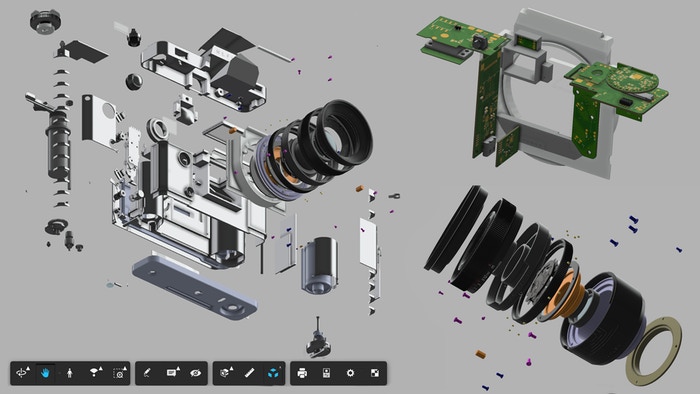 The makers of the Reflex SLR have encountered a fresh set of problems trying to complete the Kickstarter-backed project.

A new update on the project’s Kickstarter page on Sunday (17 November) explained one of the two teams working on the 35mm SLR project has walked out.

The project was funded in November 2017 after a Kickstarter campaign which raised more than £130,000 to fund the new camera. The team originally wanted to launch the camera at the Photo Plus event in New York in October.

The latest Kickstarter update begins: “Recently we have found ourselves wondering (often out loud), if there is anything else that can go wrong, and while answer is “yes, most definitely” we are slowly learning that it is not only about avoiding setbacks, but also about how to best manage them when they eventually do happen.

“And while the above image shows the design for a near-finished Reflex Model II, we have failed to meet our PhotoPlus deadline, causing more delays and timeline shifts.”

The update then goes into detail on the issues currently affecting the project, which is led by designer Laurence Von Thomas.

“In short, a mismatch between the hardware and firmware departments caused a substantial setback on the electronics DFM. A combination of poor HR judgement (due to a lack of experience on our end) and a set of wrong decisions, caused one team to underdeliver and another team to consequentially walk out. On top of that, we suffered an unfortunate setback in project management, causing even more delays.”

The update goes on to explain that “due to budget constraints” the team have not been able to hire exactly the talent they require.

Reflex has already had to deal with the challenge of the camera’s shutter, which now needs to be built from scratch because an existing shutter unit is not available.

In August, Kosmo Foto reported about an earlier update where it was announced the team were working on a revised second prototype of the camera.

The update explains the camera’s electronics are currently the biggest issue.

“We do have a finished circuit design and we don’t have to start the firmware design entirely from scratch. Or in plain English; the electronics are advanced but not finished.”

Emulsive has also covered the update, and points out that there is good news amid the Reflex project challenges: the 40mm lens also worked on as part of the project is nearing production.

Kosmo Foto has seen one of the prototype lenses and can confirm the manual focus lens is of very high quality.

The project’s intention to build a modular SLR with removable backs, and a lens fitting plate that can also be replaced, may also be contributing to the issues.

This is before you consider the electronic features the camera was also intended to feature, such as Bluetooth connectivity to log exposure information.

The Reflex project is by no means dead – as the update outlines, the team intend to finish the camera.

“We want to show a working Reflex camera as part of the launch campaign, so in the weeks to come we will focus on finishing what we started for PhotoPlus. This way we can showcase a working and production ready camera. When we get to this stage we will start putting out the before-mentioned test samples and contact those who want to be involved in the testing.”

Those wanting more information on the project should read the rest of the update on the Kickstarter page.

Perhaps (with hindsight) it would be better they had opted for a more basic design?

Just found this. Nice idea, can’t believe they intended to do the lense too.

Honestly, I cannot believe there’s still people believing in the feasibility of this camera. If anybody can actually build this kind of camera, it should be one of the top-tier Japanese camera manufacturers who has a long history of producing precision mechanical cameras. No one else! And even then, the camera body alone will weigh 1.5 kilograms and cost USD 3,000.